It’s a fish-eat-fish world out there! – mh clay 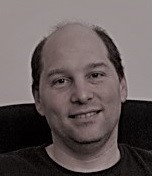 A bit about Robert: Robert Fleming lives in Lewes, Delaware, USA. Published in the United States, Canada, and Australia, he is a member of the Rehoboth Beach (RBWG) & Eastern Shore Writer’s Guild and the free-write leader for the RBWG and local artist share co-host at the Lewes, DE library. He was a 2019 nominee for a Lambda Literary Award for the poetry anthology Stonewall Legacy and a 1983 winner of a student journalism award for a Duran Duran concert review in the Brandeis University newspaper The Justice.