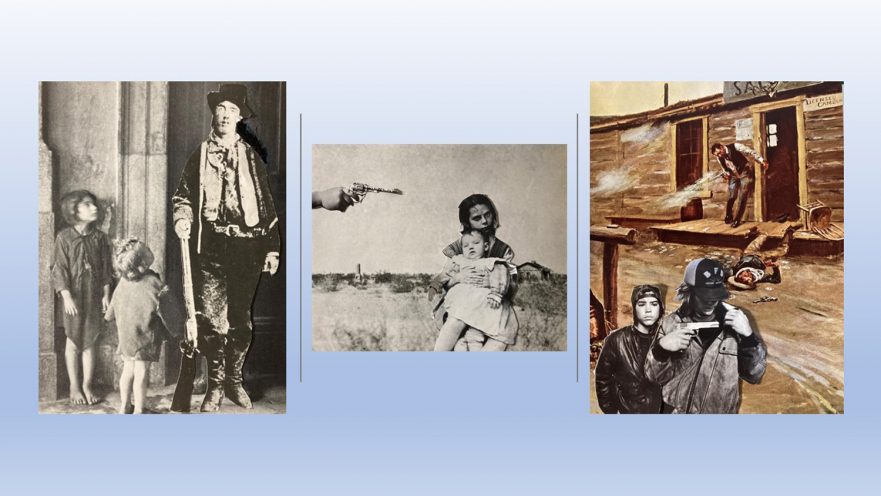 “The artist’s job is to be a witness to his time in history.“ 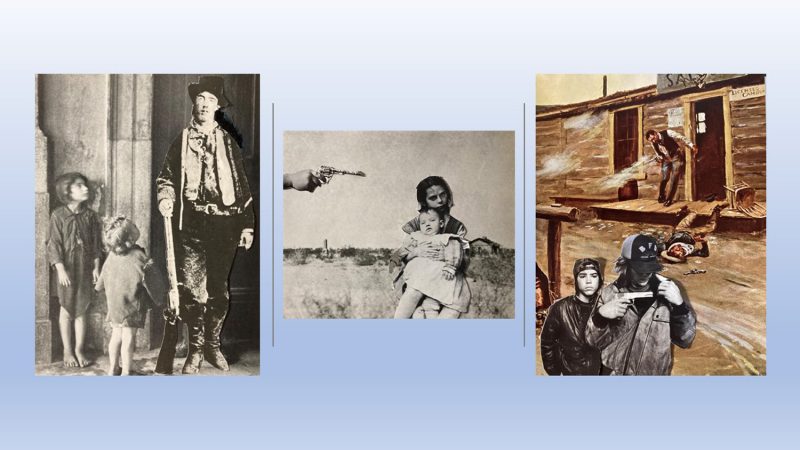 This past week on Mad Swirl’s Poetry Forum… we strove and strained for a drop of rain; we scratched the sores of stolen shores; we played a ploy for knowing joy; we arrested rage on a digital stage; we quelled consternation while in hibernation; we quoted in kind for the left behind; we liked what we heard in the sound of words. Without ‘em we’ve nothing to say. ~ MH Clay

And not preceded or followed
by anything
else.
Just the word
by itself
offered in

blue:
like a basket too near to the sea

the gentle
ness of which
sets blue

I don’t know
how it is
I get

editors note: Distracted by what falls out of the blue. – mh clay

editors note: Magic when heard, but not seen. – mh clay

UP! the vortex by Preacher Allgood

the winter storm slammed into town
like a rage-alcoholic stepfather
meteorologists called him a polar vortex.
his drinking buddies
frostbite and hypothermia
trailed in his wake and called him boss

to ease my angst and pass the time
I streamed the film UP!
a raunchy 1976 Russ Meyer farce
it features a masochistic Hitler look alike
murdered by a piranha in his bathtub
and a screwball plot that nobody understands
Russ thoughtfully provides
a nude former Miss Universe
as Greek Chorus to fill in the gaps

when the credits rolled, I moved on to
MOTORPSYCHO
BEYOND THE VALLEY OF THE DOLLS
and
SUPERVIXENS

I streamed Meyers’ entire
underrated body of work
while I waited
for that arctic storm-of-a-bitch
and his cronies
to pile into somebody’s Cadillac
and bluster back to the north
to their favorite strip joint called Ice Angels.

editors note: Recommended viewing for when a polar bear rages by. – mh clay

Histrionics (Why I Hate Selfies Pt. 2) by C E Hoffman

I
Suicidal cheerleaders
walk their daddies home from jail
shoot rabbits
but don’t boil them.

II
All the world’s a stage
but most scroll in the audience
and only the scariest smiles
extemporize.

editors note: Terrorized by Tik Tok? Turn away. (This poem comes from C E Hoffman’s recently released collection, GHOSTS, TROLLS, AND OTHER THINGS ON THE INTERNET, from Bottlecap Press. You can get your copy here.) – mh clay

Like a bee at a bugle
or me at the deli
on Third Avenue.

I said to Joe when do you think this weather will break?
He jokes, April.
That’s no joke. Weak creatures die and the strong barely survive.

Half a year goes by
another cancer checkup.
Cheer up. Any weather’s

better than no weather at all
and there’s always governance
even when there is no government.

My candidate drops out
after Iowa. Why do I always lose
at politics and poker?

Peace at last!
No lawnmowers, no leafblowers.
Big comfy couch.

Meditate on this: Do what has to be done.
Find your lover gazing at the moon
and take your garbage to the dump.

Your website evaporates
and your possessions are thrown in the dumpster
except your trumpet which finds its way to a future trumpeter.

The azure waters
Lured me to the shores
The vivacious waves
Washed me to lands unknown
And the men on the shore,
Filled my plate every evening.

Like a magician playing
With the pigeons hidden
Under his elbows,
The rolling seas cooing
hand me the corals and atolls
Shells and dreams of mermaids too.

What do i gift to you, in return
Oh, folks on the shore?
I snatched your fishing nets,
I stole your golden shores
I erase the sand on my heels
On the wall of boulders

The blue walls of your tiny houses
Crumble, and i crowd you
In dark rooms, of no relief.
I huddle you away
From the waves and my heart.
In your sleep, your heart sings
The songs of the seas.

The fury of the storms and
the saint on the shore lament,
“You are the man who gives stones,
to your children
when they ask for a loaf”
Nature still laughs the last laugh,
For sure, it is as hard as the shore-lashing waves.

editors note: They take your all and call it a favor. The curse of colonialism. – mh clay

No drop of moisture,
not even a tear,
only the dry underbelly
of grief left from
witnessing a beloved,
ravaged with age,
fade and pass,
and feeling nothing
but wonderment and relief.

Desolate and worn
is the heart broken,
no hope of storm clouds
to wash the wound
or wet the earth
in hopes of flooding
the dusty dunes,
which roll like dry waves
against the scorched horizon.

These are the endless
days of drought.
The lump in the throat,
a whimper in the dark,
ominous clouds but no rain,
as dry as the desert
or as brittle as the petal
fallen from the bloom
on a forgotten grave.

editors note: Wishing need of umbrellas for all. – mh clay

If you’re looking for a read to brighten your day, perhaps “Dark” by Contributing Writer Kleio B will surprisingly do just that.

The dark is here always. But wait… wait it out. Light is on its way.

Here’s a few rays to get you on your way: 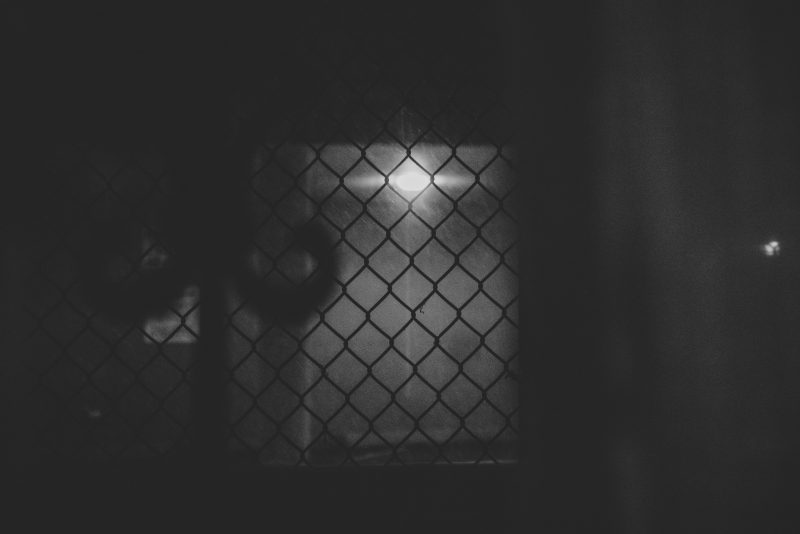 Some tossed and turned, waiting for a morning that never came. People missed work, shops remained closed. The scientists were wonderstruck. Then the news started flashing.

People tired of their good night’s sleep turned on their TV. Some surfed the internet; others ventured on social media. And the world read and heard the declaration that the governments around the world shook while they declared:

Wait, what? Shed some light on this “Dark” story right here!

“Oh, Danny boy, the pipes, the pipes are calling…”

Now that you got that tune stuck in your head, check out “Bagpipe” by Kathy Whipple!

We do what we do, and we hope we do it for love, and that we’re good enough for it to be shared in the name of love.

Here’s a few lines to fill your pipe bag with air: 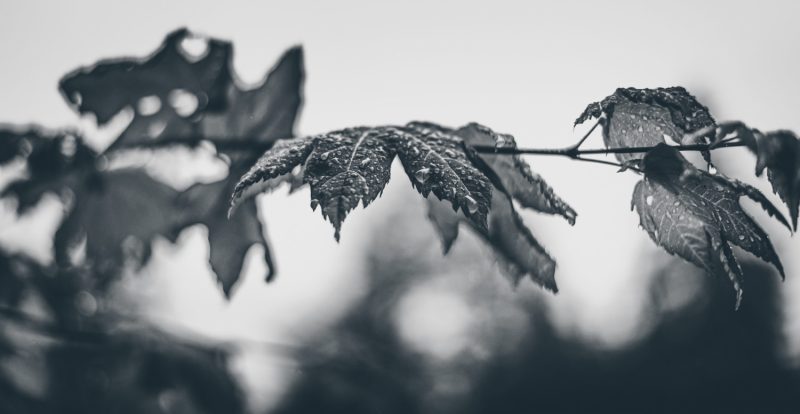 “Peaceful, Rest, Above All the Rest” by Tyler Malone

My husband, Bryan, plays the bagpipes.

It’s all my fault. When I gave him the pipes and arranged a teacher, I hadn’t thought things through. “I’d sure like to learn to play the bagpipes,” he said. And I’d misjudged my future obligation to the instrument. I thought purchasing the pipes and finding the teacher was my contribution. I never considered I’d have to listen to the howl of the pipes, a beginning player’s shrieks and squeals.

Bagpipes are an ancient instrument made from a goat or sheep bladder. Imagine playing an instrument that previously held animal urine. The pipes are designed to be loud and are not equipped with a volume control mechanism. “Baarrroooom,” the drones kick in, wailing like a chorus of sick hyenas. The walls rattle. Our teenagers slam their bedroom doors and the dog whimpers as it burrows itself under the bed…

Get the whole bag right here! 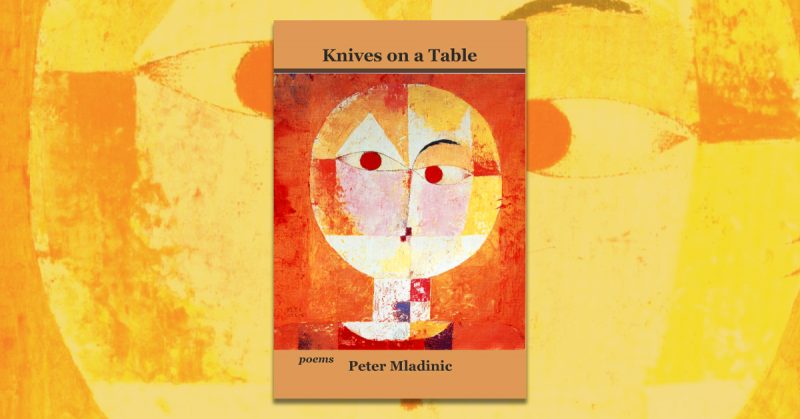 Another Mad Review: “Knives on a Table” by Pete Mladinic

It’s noire. He gives you stories and confessions in black and white, you spark images with color in your own mind. It’s a portrait gallery, a nickelodeon; stories about people, a moving picture peep show, exposing the raw nerves of lives.

There’s a magic feeling this reviewer has been trying to describe that comes from reading great poetry. It evades academic debate. It’s a deep, visceral reaction that is felt in the gut, that cries out “I get it! That speaks to me!” So many of the poems in this collection will create that response. Three to give specific mention are “Damp Wallet,” “Slow Summer Night,” and “What Is Lost Is Not Lost.” You read them; see if your internal chords aren’t strummed…