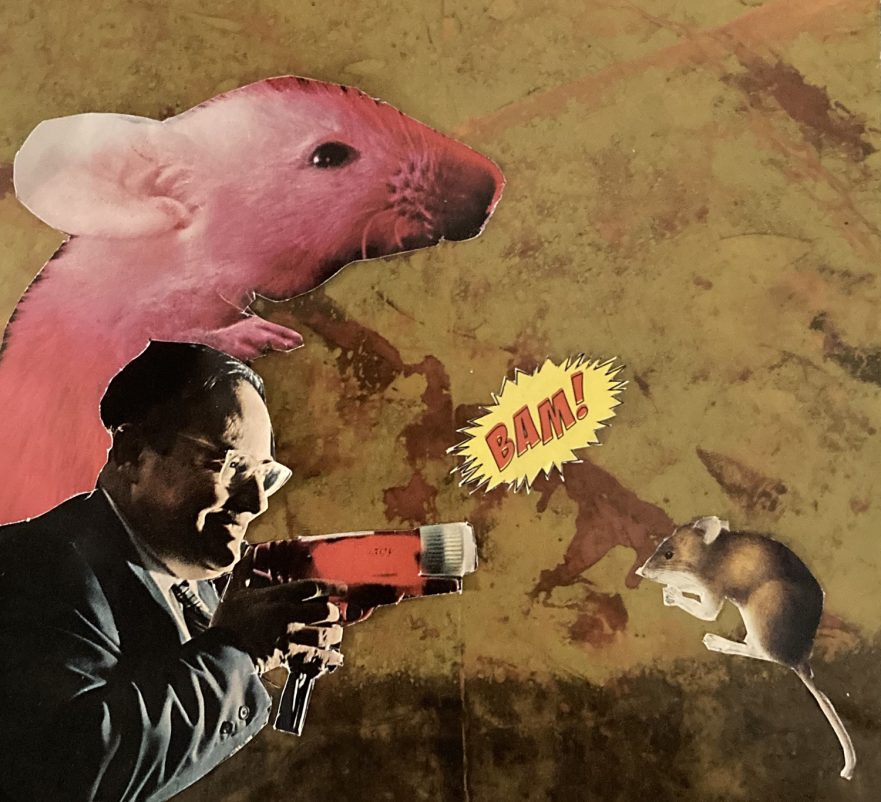 “With freedom, flowers, books, and the moon, who could not be perfectly happy?“

This past week on Mad Swirl’s Poetry Forum… we went to me for was to be; we sadly cried o’er a bad goodbye; we played psychology with eschatology; we condemned the vultures that cancel a culture; we lingered on with finger gone; we timed our tricks to break, not fix; we trained to find a gap to mind. We write to fill the empty. ~ MH Clay

Mind the Gap by David Ratcliffe

Leaving the platform,
we leave our lives behind…

Whomever we’re leaving
and wherever we’re headed
the stranger for now,
holds us captive
with glances and judgment.

The carriage is like a waiting room
though movement
passing trees
and meadows
are of more interest
than posters of decease
or landscape print.

The student opposite shuffles
and closes towards the window
pretending to read what she already has read
appearing threatened by your invasion.

Thoughts of reassuring her are halted
by dread of a misunderstanding
so, you turn and face your reflection
and home in on a flock of sheep.

A slowing down brings a village spire into view
and you muse at the many births,
marriages and departures
that would have kept the population constant.

Though the empty seat by your side
brings concern at the screech of wheels
at what deviant,
smelly, unkept murderer
might breathe stale beer in your direction.

Or maybe some overbearing hooligan
with a fistful of hate
might open conversation
with views you don’t share.

Whatever, whomever, you encounter
control cannot return until the door opens
at the town on your ticket…

So, when leaving the train
remember to mind the gap
between your life and the void.

editors note: Trained to keep to ourselves when there’s more than the gap to mind. – mh clay

Glimpses (No ‘Wheatfield With Crows’) by Paul Tristram

Those Shadows are Quiet
-ly Mad today…
and there is
an Owl Shriek
about to happen
somewhere…
(uncomfortable).
I asked her for the time
and she wept
“Sorry, young man…
I was lost in thought
… counting back
lonely years
like snagged tree rings.”
“You’re Beautiful”
I replied
“The Universe has
misjudged and dealt
you wrong… please,
accept their Apologies.”
Our sad smiles Clashed
before I turned away
… GUILTY…
‘Clever Words’…
break Hearts not fix them.

“What happened to your finger?”
Someone left the gate open again
and he’d been peeing when
I went down to lock it
His right index finger was gone
like just recently
and not in a hospital
“I’m a student of planetary polarity.”
“Of course,” I said
“It was a matter of synchronization,” he said
“So, you had to cut it off?”
“I’m glad you understand.”
We had a moment
of synchronization
although I still had my fingers
this was Ada Alley
where, when your time comes,
it’s never in a good way.

editors note: Where it happens when you can’t quite put your finger on it. – mh clay

truth is there’s too much homeliness
in breaking kola with people’s language
too much nativity in offering libations.

& happy we’re picking our old veils
from toying with them in the pigsty.

we usually bathe in a confined room—
a step or two away from the dining room
but who knows its freedom
running to dive into & swim in the river?

mother tongue & that’s what it means to be home & home running through your veins.

editors note: The worst appropriation is when one culture consumes another. Be at home. – mh clay

THE APOCALYPSE by Abdulrazaq Salihu

The final destruction my father misinterpreted
Was acted perfectly in my brother’s school play
And thank goodness for my phone recorder.
On our way home,
The recording leaked into reality.
My aunt in Texas called to remind
Me of verses 51 & 52 of Surah Al-qalam.
I peeped through the windscreen
And buses and the people they conveyed
Looked exquisite as terror:
Young boys were conquering
As much as the war was,
Shoulder blades aligned in the masjid
Between the famine and the deaths.
As we alighted the car, with love,
Between my trembling feet and the mantra,
I worried my neck to pronounce hawa as love
Between my mother’s sadness.
I wanted to know where the stress lay.
I wanted to know how it felt to carry a
Sad vision home.
I wondered how many words my father misinterpreted,
Knowingly and unknowingly.
And how many verses I still had time to recite.

editors note: No matter how it ends, we want to see it from a distance. – mh clay

When you articulate nothing at all
My heart becomes an occupied city
With the noise from the rockets, not birds
The clouds drop blood on my fictional planet.

The blue sky opens its chest to those fireworks
I look at those happy faces, lovers kissing lips,
and pretty dresses. I am sorry darling for loving you
-without the ability to cover up my lousy tears.

Do not shatter the windows of daylight’s nostalgia
Open the door of unwelcomed farewell before they bomb us
Hit me with an axe before the death scrapes me
Wear a dress to reunite with my defeated spirit.

I am still awake, and I want more colours of happiness
I want new syllables to run over my refugee’s tongue
I also desire some pulse to hear with my ears and eyes
-closed in my imagination cuddling with you all night long.

editors note: When one leaves, unbidden, imagination is all that’s left. – mh clay

Was listening to hear the grace
That one morning was
Left, the empty shoes
of a traveler’s journey
If I went there
Everywhere, I was
And nowhere was
Far enough
Was in the act of creation
Me, into myself
Thinking nothing,
Or anything else mattered
To me
Or me to them

editors note: What was is still. – mh clay

If you’re looking for a real deal of a read then our featured weekend story, “The Pact“ by Larry Dyche, will settle that.

Love isn’t erased, it remains as a reminder: you did live. You were once love.

Here’s the spirit of this tale to get you on your way: 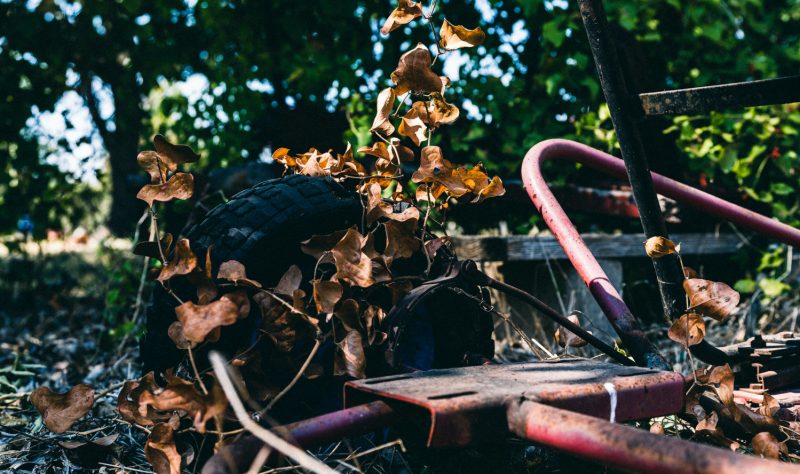 “She’s Still Got the Spirit” by Tyler Malone

People don’t usually vanish if you turn around.

George and I started back to our cars from the diner after lunch. He used his walker on the narrow sidewalk and urged me in front of him. I was thinking how difficult and how wonderful our lunch was that day. I had been in an emotional spin from arguments with my wife and daughter, but George is the perfect listener.

“Nah, I’ve got a doctor’s appointment,” he answered.

I made a joke, “Those women of mine drink the same Kool-Aide.”

When George didn’t laugh, I turned around. He was gone.

I almost fell off the curb. He’d been talking to me moments before. I returned to the diner thinking he had left something behind. No one had seen him.

With his walker, he couldn’t have gone far. I was in a fog. I had been under a lot of stress lately and feeling so upset I could barely think. Might it have been something I said? Might this be a dream?

My first thought was to phone his wife. But what in the world would I say? George’s disappearance seemed so improbable. And what would she say?

George was failing with an array of serious maladies: Osteoperosis, Parkinson’s, Pancreatitis. Could it be he just died?

Walking back, I didn’t see his car in the lot. I stepped into my Prius; the seats were hot from the sun. I wanted to get home. Perhaps this would all begin to make sense to me in a calm, familiar setting. The traffic was terrible getting out of the lot. I thought I drove for several minutes but then realized I hadn’t moved.

I turned around and saw George in my back seat. He smiled his crooked Armenian smile at me…

Find out where George drifted off to right here!

If you’re looking for something to read, the read just might find you first… kinda like you stumbling upon “Learning Curve“ by Contributing Writer. & Poet Randall Rogers.

Living feels like dying at every sunset, sunrise, and every smile.

Here’s a few clues to give you the gist of what you’ll find: 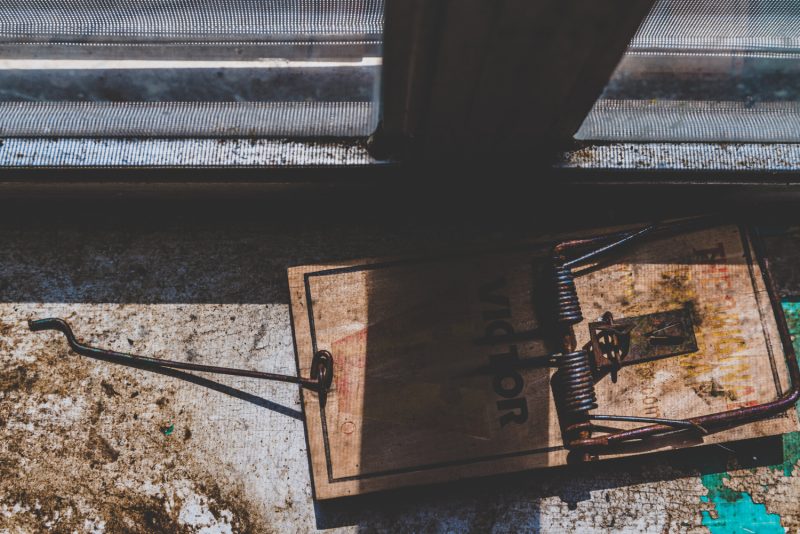 “Catch ’em All” by Tyler Malone

Life was good at that point in my life. I didn’t want it to decline. I thought if I just don’t do anything I might be okay. But I doubted it. I’d tried to lay low before. Unfortunately, despite my best efforts, they found me. The people found me. My old dog found me. Seemed the more I tried to hide, the easier it was to find me. People would pop up at the oddest moments when I thought I’d be securely alone.

I could barely take my dog. That damn blue eye of his. Staring at me. Through the crack in the curtains covering the sliding glass door. That tell-tale eye. Looking in at me. Him outside. Me in. Barking, whining, stacking the guilt up in me: the park, a walk, or let me in! he says. This separation is ridiculous.

I’d broken up with the lady. The rich man’s wife. She was young, my age, a looker. He was rich, cool, and hairy. Must’ve smelled. She’d married him for his money, his position. I was a year younger than her. She’d modeled before. Was rumored to have done prostitution. She liked me. Said she didn’t do with her husband the things she did with me. Talked about learning “the Juicer” a lot. She even demonstrated the technique gripping an imaginary bulbous shaft and “juicing it,” with both hands.

I fell in love. Our dogs fought. We eloped. And I fled four days in…

Pick up the rest of this somewhat sordid tale right here!