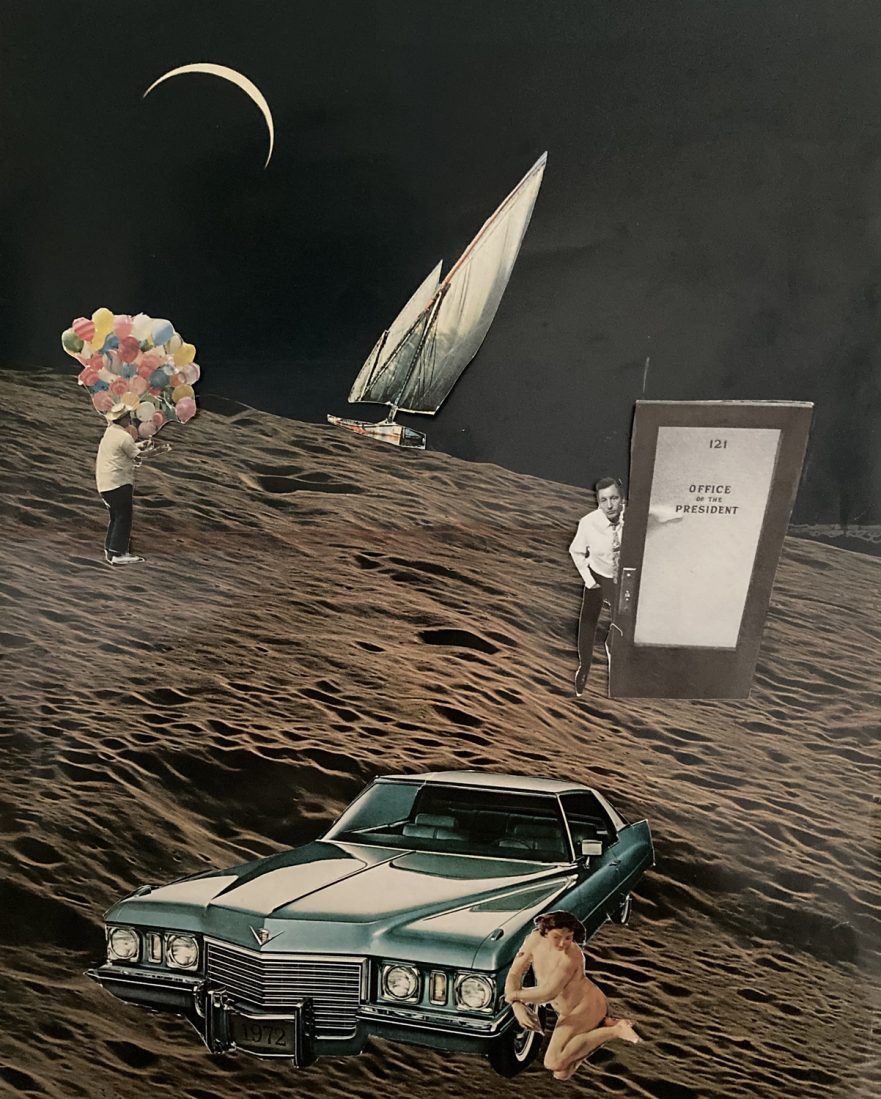 “In the world of words, the imagination is one of the forces of nature.“ 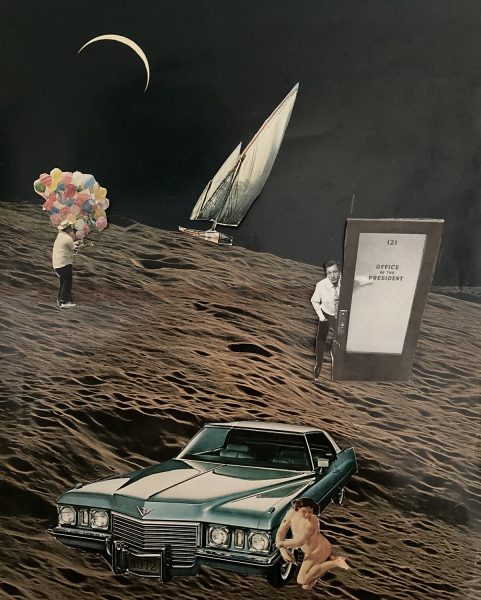 This past week on Mad Swirl’s Poetry Forum… we got good and gone in jesus, oregon; we took a vacation in rain’s imagination; we gave love light with a swipe to the right; we pulled a reversal from wedding rehearsal; we never got wise, kept missing the prize; we softened the pacing for cogent disgracing; we river raged room for freedom of womb. We labor to birth words of worth. ~ MH Clay

Round by Polly Richardson (Munnelly)

River runs riot round bends, twists turn naturally
moving through centuries paths laid down taking
debris and shite, its own course, its own voice
life within death of sorrowful sonnets laid at
feet of null and void. No matter how many times
you push, plunge control flow carve out preconceived gullies choose a course
you think it should do, river will always flow its own,
return to its choice, flow from its source to mouths in waiting
No matter how many times
you push, plunge control flow carve out preconceived of fairy tale ideas because
someone somewhere decides they can because they say we can’t because they believe
someone somewhere said in a book once upon her body is ours to say bend over, spread easy
be taken, be broken be ripped, shredded seduced, reproduce, reproduce pushed plunged
carry the weight of his load, as with rivers will always choose our own,
return to our choice flow from our source to mouths in waiting, roar rapidly carving our own
we will roar my sisters and I,
dare you come to our door and tell me I can’t, and I’ll show you choice
we are river, sun, fire, moon, breath you inhale, eternal mother nature, you will not take what’s not yours to give she chose to birth you and now you wage war. War on the womb of the mighty. We will rise. Rise, my sisters and I brightly, rainbowed full bodied. Our choice, her choice, my choice. We will roar as rivers run riots round bends take all the debris and shite.

In Disgracing by KJ Hannah Greenberg

In disgracing any rank, namely, all hoary tosh
Proffered by silent peers revealed as stillborn,
Devoid of organic wisdom, lacking any class
Of goodness, whether petal or leaf, bud, even
Branch, boldly, I choose duplicity over bland
Confluence. Dubious insights soften cogency.

AROUND AGAIN by Ken Poyner

It is a loop.
We suffer from rage and
Being impressed with ourselves
And so expand our chests, expand
Our chimeral wealth, expand
Our tribal reach and so commit
Unspeakable violence, sing
Of self, discord and domination.
Then we defeat ourselves, look back,
See we have accomplished nothing,
Push forward our sincere regrets.
We redefine wealth, offer homage
To humility, subdue the worship
Of self, learn the lattices of cooperation.
In twenty years we have forgotten,
And enter the cycle again. Perhaps
If we go around enough, we get a prize.

editors note: You’d think we would, at least, get dizzy. – mh clay

The couple fought.
One set of parents
shook their heads.
The other threw
up their arms.
The best man got drunk,
didn’t show.
The maid of honor
was off somewhere
proving she was neither
maid nor honorable.
As a wedding rehearsal,
it was a total failure.
As a marriage rehearsal,
it got everything right.

editors note: And all those thank-you notes to write. – mh clay

Love happens, it cannot be explained,
it’s realized in many different ways.
They say love at any age is a delight,
but rules of the game have changed;
it may not be walking hand in hand,
in a park or on a beach of cushy sand.
Love used to be a face to face thing,
now it’s become a virtual experience,
starting with an IM’s addictive ping.
Lovers wait for that annoying sound,
takes the place of a doorbell’s ring.
Whatever its case, just give it time,
it needs to be nurtured and shared.

The local honey laces my smoothie,
creates a thought:
I wonder which flowers I am tasting?

So much happens outside my window,
time and space of the occurrences a mystery –
imagination fills in the spaces.

Back in the yard, bees now buzz
Autumn Joys, for the poplar’s
tulips already left their sky garden –
they pepper the perennial beds.

That squirrel with the white back patch
doesn’t scavenge under the feeder anymore;
A tasty morsel for the red tail, perhaps?

I prefer to think it on vacation.

The smell of ham bone soup
turns me away from the window.

The vegetables are from the sun garden.
Did the rabbits watch me harvest them?

Much happens inside these windows, too.

I step to the busy chef to curl my arms
around him, like newly sliced parmesan,
hearing a tasting slurp as I do.

Rain might get the best glimpse
as they drip over the window glass –
Do they feel the vibrations and wonder,
‘Is that the piano or laughter?’

Or does the imagination fill in the spaces?

editors note: The imagination of rain? Imagine that. – mh clay

Hotel coffee creamer trails back to ignition,
before beachside dovetail into the Oregonian horror story.

The end creeps in from spilling cinnamon oceanic reaching as palms
from a body that lost the long swim to shore, but it arrived anyway.

All the Pacific catches on fire and everyone leaves seaside hotels for a dip.
Elderly Southerners drag sleep apnea machines in trenches as children stop
on crystal smoked gold sand to write out the name of a burning stranger
they’ll first love before rising swell flames claim misspelled indiscretions
spelled out before the inferno takes those fingers swimming out to parents
who already lost touch and found fire more profound than any will to live.

Waves rushing beachfront whistle with established desperation.
I don’t think there’s anything softer. I traveled here, and so did the tide.

Nightscape beach mutt howls as low moon extinguishes flames on water
and sheets of skin unroll in as kites join sandcastles without hands
to never tease them again.

This isn’t how people died on the Oregon Trail
but death adjusts to our quality of life.

Seaweed feathers from afternoon bird suicides at sea layered in driftwood spell
HAPPY FATHER’S DAY
and I know no one can leave that for me on any beach, so this has to be the end.

editors note: Written on a postcard from the Oregon Tourism Commission. Wish you were here! – mh clay

This weekend’s featured read, “Close Encounters of the Bukowski Kind“ by Kirk Alex, is sure to please those “Chinaski” fans out there!

You can’t be ready for the madness because you always in the madness. You’re numb to it, but in small ways, it’s always invigorating.

Here’s one view of the few tales of Bukowski madness to get you on your way: 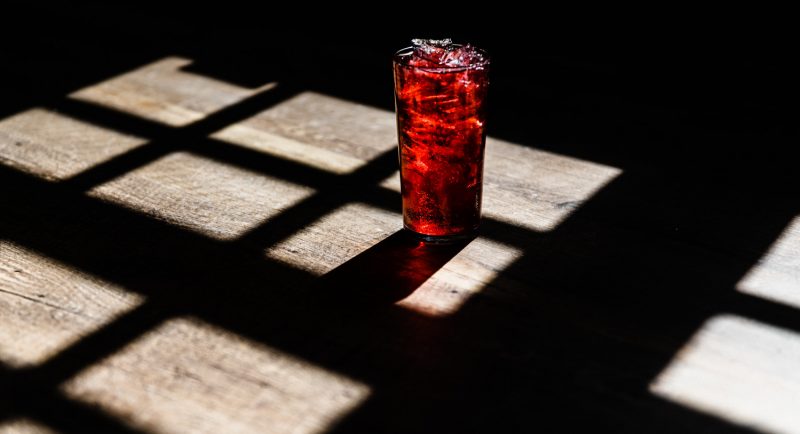 I’d had two run-ins with the grump & they were far from pleasant. First encounter was at the premier of Tales of Ordinary Madness at a rundown movie house in a seedy hood at Melrose and Van Ness in the early 1980s. I had the nowhere cab gig at the time. (Stuck in it for years in order to buy time to write during the day.) Had paid to see the flick out of respect for the writer. I was there to support the scribe. Flick didn’t have to be anywhere near exemplary, far as I was concerned, so long as it helped spread the man’s ability as a unique wordsmith & raw & real free verse poet.

Theatre was packed. Movie was running. Not half-bad, I thought (with a decent actor like Ben Gazzara in the lead). Problem was there was a drunken fool in the back cursing at the screen, muttering gems like: “No, that’s not right. Not the sunglasses. That’s bullshit.”…

Gosh, who would wanna be such an a-hole?! Find out right here!

Check out our weekday featured read, “The Outbuilding“ by Contributing Writer Jim Bates!

Memories are all us and they’re all we have. How they manifest, that’s what makes us different. That’s how we love.

Here’s a bit of his reminiscent regale:

Maggie and I were relaxing on the couch watching television. Finally, I couldn’t contain myself any longer and made a big point of clearing my throat as a prelude to what I felt I had to say. In response, she casually glanced at me. I took it as my chance.

“You know, Mags,” I said, turning to face her. “I noticed you posted some old photos on Facebook today. I can’t believe you put up that old building.”

“That cool outbuilding on my parent’s farm? Why?”

“Well, you know,” I stammered.

Now, for some reason, I was suddenly at a loss for words, not to mention embarrassed. It obviously hadn’t meant the same thing to her as it did to me.

“No, Matt, I don’t know. What is it?” she asked just before she got distracted and started fiddling with her phone. A text had come in…

Find out exactly what went down in that old farm outbuilding right here!

Join Mad Swirl this 1st Wednesday of October (aka 10.05.22) when we’ll once again be doin’ the open mic voodoo that we do do at our OC home, BARBARA’S PAVILLION and from our Mad Zoom Room (broadcasted via FB Live)!

Starting at 7:30pm, join hosts Johnny O and MH Clay as we will kick off these open mic’n Mad Swirl’n festivities with some musical grooves brought to you by Swirve (Chris & Tamitha Curiel, Gerard Bendiks) followed by our usual unusual open mic!

This month we will also be doing a soft-launch of Angst, written by our very own Poetry Editor MH Clay! Here’s a bit about that:

In March 2016, Mad Swirl Press released a limited edition of Angst; a collection of poetry by MH Clay with artful illustrations by Jeff “Skele” Sheely. Given the angst-ful events of recent years, we think this collection is as relevant as ever. Come get yourself one of the very first copies of this 2nd edition at our open mic. If you can’t make it to our open mic, don’t you fret… you can get your copy via Amazon right here!