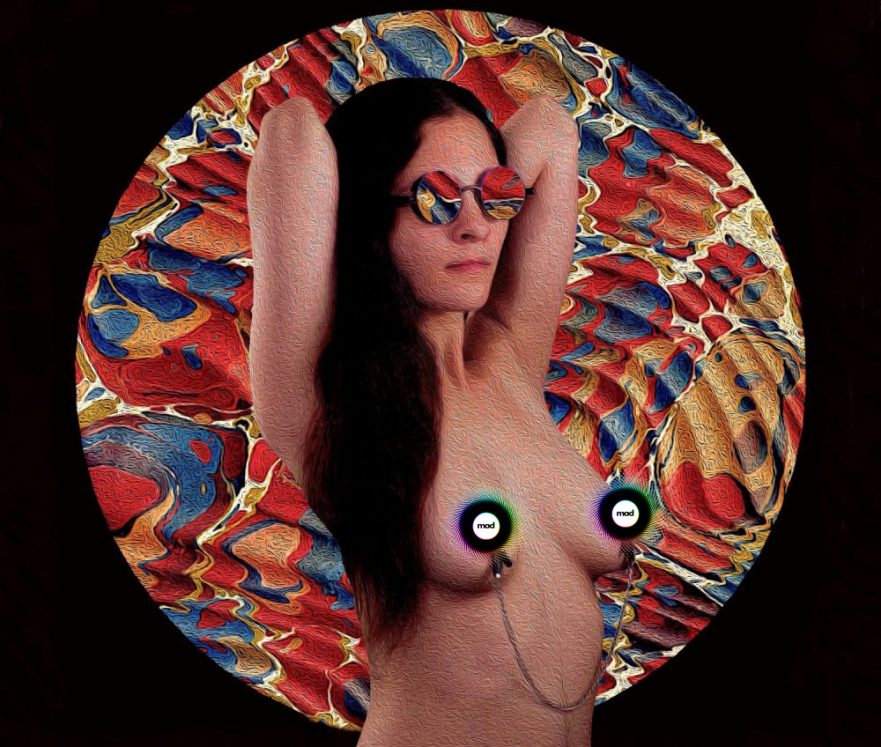 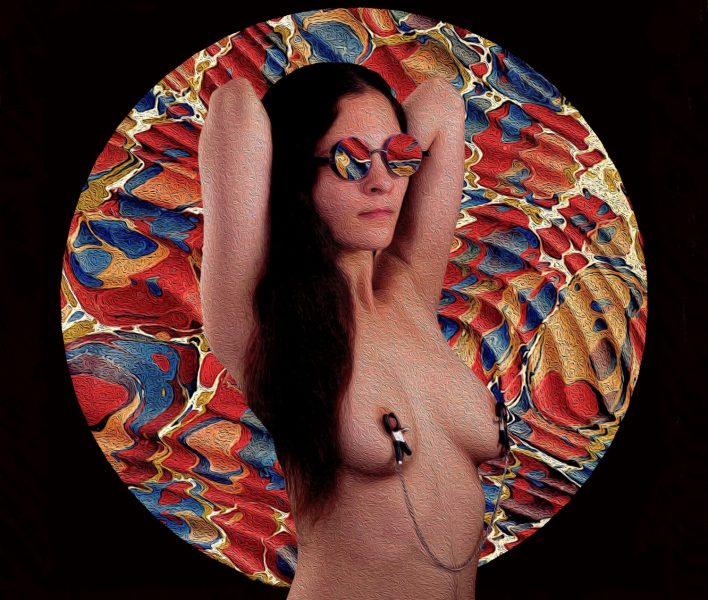 To see all of Bill’s twisted illustrations, as well as our other resident artists (50+ and counting!) take a virtual stroll thru Mad Swirl’s Mad Gallery!

This past week on Mad Swirl’s Poetry Forum… we were of a mind for a big find; we crowed in the strains of scarecrow brains; we fell in the flies of walls with eyes; we tripped in the throw of ASBO; we tracked intention toward time retention; we pixels parked for a voice in the dark; we fancies furled in the retrograde girl. Pontificate, elaborate, obfuscate; but no lies in our lines. ~ MH Clay

Mercury as a Girl by Jeff Grimshaw

She knows how to crank a rachet &
Tune a car named after herself,
How to be a globe of silver syrup,
Shoot to the top of a glass tube—

How to sprout wings on her heels,
Rocket around the sun in 87 days,
Rubber band a comic strip round a rubber ball &
Toss it thru my open window at 2 AM

Followed up with something involving
A bicycle, before the dew evaporates from
The jungle gym in the playground. Maybe
She will pretend to be a human girl today

Or at least wear cargo pants? Me she tells
To cup my hands, fills them up so she
Can show me my own eyes — are they really
Silver? — in the toxic puddle which is

Herself. Too many adjectives, she smirks
& rebuilds a sentence capable now of
Withstanding “gams” & “gat.” Her shadow
Twangs spilling over these aluminum barrels

Me: —Didja draw the comic strip?
[No answer in her speckled eyes] —& then some motion in the trees as
She spins to retrograde

editors note: Too fast to grasp, you’ll never hold her unless she holds you. – mh clay

She marks her way

With pixels on a screen,

To make sense of the visions.

Happens for a reason.

But she hangs on

Hope is the voice

Even if it’s only

Inside her own head.

editors note: No need for despair or dread. The whole thing is in her head. – mh clay

Train of Thought by Anthony Ward

Late at night
When my mind dims to a candling flicker
I find myself comforted by
Shadows denoting a presence
Through the transubstantiation of darkness,
The sound of car engines churning over,
Their headlights shining through the window,
Illuminating branches wavering against walls
The sound of trains pacifying silence so close in the distance
Brings home the warm glow of petrol stations on lonely journeys
The luminosity of light-emitting diodes
Entrancing stratospheric reflections
Embracing hypnogenic catatonic paralysis
With introspective rainwater
Racing down culverts
Into depths of consciousness
The vast ocean of thought evaporating
Into multitudinous clocks
Elapsing at different intervals
Retaining time.

… even the drug-dirt beneath your fingernails reeks of us, baby…

We [Just] ‘Go Together’, yeah
… like Crack/Cocaine abuse,
blown Heart Valves and
Nasal Reconstructive Surgery.
She’s the pretty-tipsy-swish
to my sleazy-drunken-sway
… the Smash to my Grab…
we ‘Mirror’ each other both
Negatively and Hysterically.
Encouraging the ‘SHINE’
in our FLAWS… we Push,
we Fall… we Join, where
the ‘normal folk’ step over
our gutter-kerbside romance.
Hand-in-hand we’re a RIOT
… apart… we’ll purposely
get Arrested… just to Speak
‘Sweet [Insane] Nothings’
through cold Police Cell walls.

Fly on the Wall by Guest Poet Peter Magliocco

The eyes have it, those electronic voyeurs
watching us everywhere. Their vitreous humoring
mirrors the edifice of lost truth, for they need
to believe in something again, even if falsity.

For years I monitored the CCTV security cams
at a luxurious downtown Vegas high-rise.
Digitally snoop dawg deluxe, I was
addicted to watching the fashion model babes

breeze coolly through the hallways & doors…
Time must have a stop, but time was endless
that last night watching the monitors’ frizz
when my eyes glazed over into permanent noir.

Nightly I now wake seeing it all again, a demise
of pattern recognition in a perennial blink,
before the monster of fear arises for me
into the swallowing hole of illusory nothingness.

There is always the gunman in America,
the one gripping my arm now before snapping
ligaments & bone as I cry out, then rising
to scream at some blurry face fading in & out

you cut out my eyes with the ripper’s blade.
I reach for the invisible light switch to blindly
ignite an all-encompassing radiance.
Now I’m in your Oculus system’s VR headset,

your mind has switched into my own
to implant the indescribable vision of endless life,
resetting my new stereopticon-lens 360 degrees
onto the cusp of transcendental crime zones.

Blinking from your diffracting power,
I’ll fly over the spectacle of mass murder
just before the fly on the wall
sees me as million-orbed God.

editors note: Meanwhile, the farmer remains unscathed. (Thanks for this example of a collaborative haiku/tanka from these two poets.) – mh clay

I wake each morning
just after sunrise
sweeping my metal detector
back and forth,
hand shovel, swag net,
always ready
for the big find
that’s never there.
The punk kid
goes out on his surfboard
every morning and insults me:
“Hey Pop. Find any treasure?
Ha, ha.”
One day
I’ll find something great,
maybe a rolex watch
and show him.

If you’re here then you just might need-a-read & “Keep the faith, baby!” by Kirk Alex might help you see the writing on the wall!

Here’s a few sprays to get you on your way: 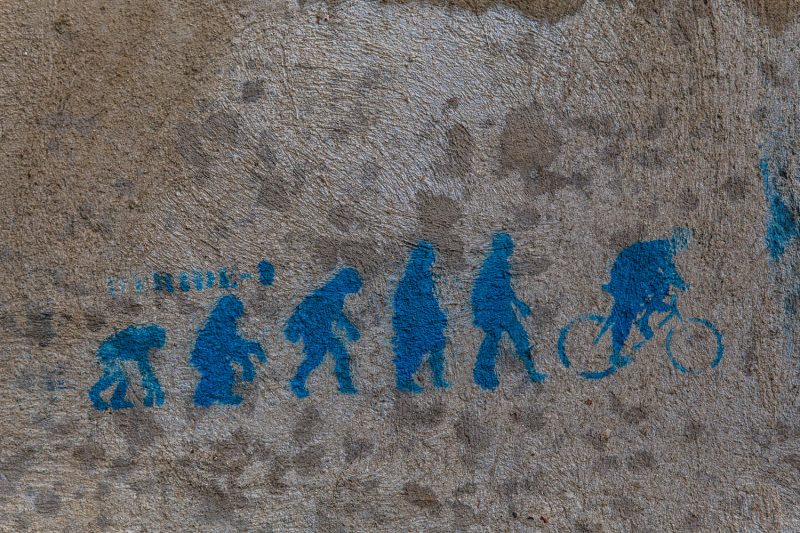 The geniuses had the maintenance guy, Walker, spray painting the ceiling. And they had me assist. Walker had on white coveralls, I was in my regular street clothes: flannel shirt, walking shorts. When I requested coveralls from Rodrigo, he and Walker were quick to shake their heads.

Like I said: It’s a pathetic way to run a plant of this size (or any size, for that matter). I walk back there, to my original area where I first started with that screaming Ping woman. Walker has a bucket of paint on a pallet on the forklift, machine beside it, hose and spinner inside the paint can opening.

The sprayer in Walker’s hands is three yards long and he’s holding this thing up and spraying the ceiling with white primer. Paint all over; raining down like raindrops––only it is not rain. Walker is wearing an old ball cap/his eyeglasses/no mask. Doesn’t care. I’m different, I suppose, I give a damn about stuff like this. I simply do not want my lungs lined with paint.

I walk back to the foreman, ask for a paper mask (that will go over my nose and mouth). It does little good. Walker is spraying that paint, doesn’t give a sh*t. Not a care in the world.

Says to me: “When I wear the mask it fogs up my glasses.”

“You don’t care about the paint getting inside your lungs?”

He shrugs. “Only got one left. Spleen’s gone, a third of my intestines.”

“I was in a prop plane crash in South America while working for the CIA.”

And we keep painting…

…and YOU keep reading right here!

If you’re looking for a read that’s got some teeth then sink yours into “Tougher Than She Looked“ by Contributing Writer Jim Bates!

Common life is violent enough to have an uncommon reaction: creation.

Here’s a few nibbles to get you going: 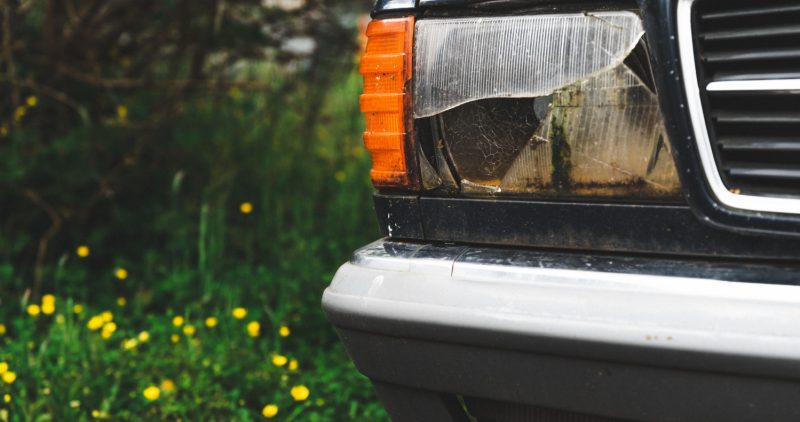 “Still Got the Spirit” by Tyler Malone

She was a poet. She lived alone and often caught her muse by walking the streets of the city she called home.

Her friends cautioned her. “You need to watch out, Lily. The creeps are out there. Drug dealers, pimps, and a hundred different kinds of deviants. You’re no match for any of them.”

Lily understood. She was a tiny waif and had experienced her fair share of run-ins, the most recent a three-hundred-pound guy with a shaved head layered with tattoos. She’d gotten away but he’d been able to nick her on the arm with his knife before she outran him. Never again, she thought to herself. Never again.

She knew it was dangerous on the streets, but she was also compelled to be there to write her poetry. And tonight was a perfect night for it with the misting rain and colored lights blazing from the dive bars and cheap pay-by-the-hour hotels. She loved the way the red neon danced through the falling rain drops, a city’s soul illuminated in reflected light.

She grabbed her umbrella and hurried out to the street, composing a poem as she went. The rain settles soft, muting hard edges. The streets are washed clean from the filth of the day.

She walked faster, opening her heart to the city, alive with color, inundating her with more images. Red neon lights up the night, fleeting comfort for the lost and the lonely.

In the rain, she was on fire with words. She was glad she brought her umbrella. She planned to be out for a long time.

Get the rest of this read on right here!

If you joined Mad Swirl Open Mic this past 1st Wednesday of August (aka 08.03.22) at our OC home, Barbara’s Pavillion, then you know that once again whirl’d up the Swirl and got the Mad mic opened for all you Mad ones out there!

Here’s a shout out to all who graced our stage (both live & virtual) with your words, your songs, your divine madness…

HUGE grats to ALL the participators & appreciators who rode the Mad wave live at Barbara’s as well as our FB Live feed! We know you have a few choices of what to do with your Wednesday night & you picked to hang out with lil ol’ us!

P.S. In case you missed the LIVE feedS, your eye can spy on the whole virtual Swirl’n scenes right here…