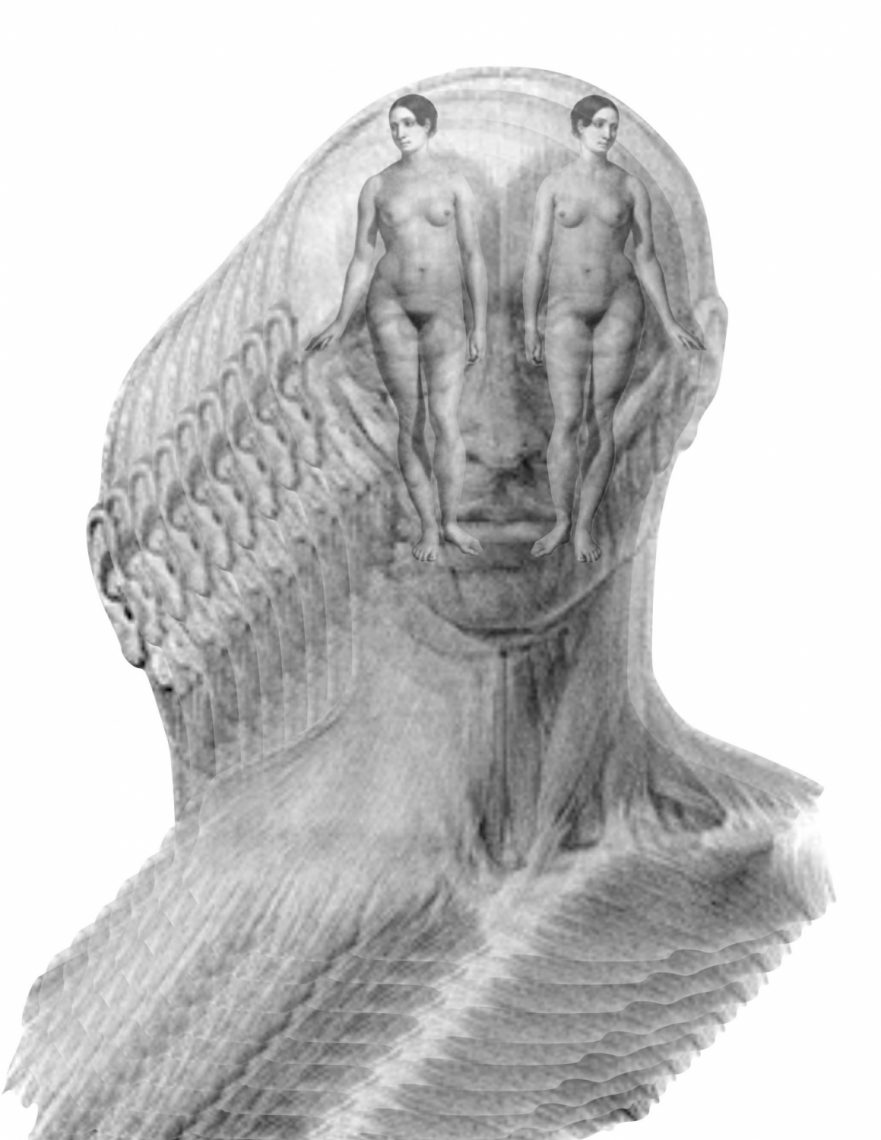 “The creative habit is like a drug. The particular obsession changes, but the excitement, the thrill of your creation lasts.“ 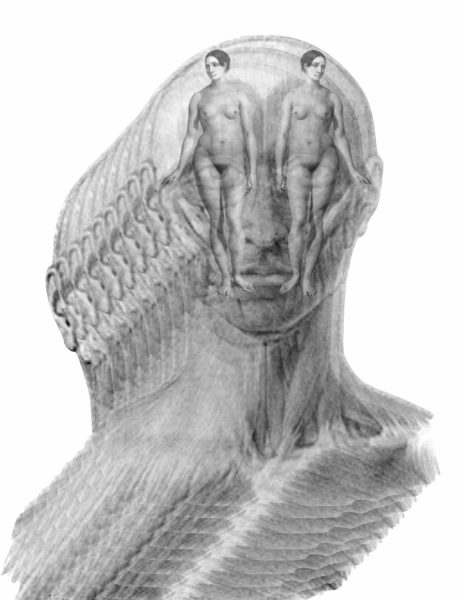 To see all of Bill’s twisted illustrations, as well as our other resident artists (50+ and counting!) take a virtual stroll thru Mad Swirl’s Mad Gallery!

This past week on Mad Swirl’s Poetry Forum… we were all adaze in work life craze; we slogged in the slew of a Tube for You; we reminisced in bar bliss; we ironed flys away on a Monday wash day; we had a situation immersed in punctuation; we looped while under an endless hunger; we hooked from the herds our perfect words. We flit to hit our wordly wit. ~ MH Clay

Add to my list of disliked words –
scritches, brewery, and regarded.

Scritches, with its piggish nose
and barn yarn yellow texture.

I want words that bring to mind your sighlence.
Thistle. Solemnize. Brahms.
The sound of your voice is decidedly cotton.
Warm like penumbra.
Fragrant like bewilder.
Soft and edgeless like a thing used to blanket
a child who sleeps through
light rain.

I want words that place your hands all over me.
Nourishment. Petrichor.
Fall.

It’s been a while, I know.
February, I think.

Throw it in with clamor
and
retort.

editors note: Euchre, Ichor, we all Care for a Core (or words to that effect). (We welcome Brittany to our crazy congress of Contributing Poets with this submission. Read more of her madness on her new page – check it out.) – mh clay

but frankly, I had your
silhouette all over

the notes created a
symphony of the ancient love

with a frond of longing
and an endless algorithm
of hunger.

editors note: And enclose yourself in parentheses. – mh clay

Mondays were wash days
How did that tradition start?

Living in Zimbabwe
Ironing. Ironing pillowcases and sheets
Ironing. Ironing cotton underpants, towels and shirts
Hang all nylons inside
Anything that can’t be ironed
Dries inside, away from the flies.

Flies lay their eggs in bulky, wet seams
Eggs that later burrow into skin
To grow into maggots.

Always around underpants elastic
Or t-shirts’ armpits and necklines
Still damp, bulky seams ideal for hatching.
Only ironing everything will kill the eggs.

Slather Vaseline on the head
Suffocate the maggot!
Squeeze. Squeeze, squeeze out the larvae
So embarrassing to have your Mum

Squeezing putzis from your bum!

editors note: Wrap this 3rd world problem around your 1st world mind. An electric dryer is a must-have. – mh clay

THE BARTENDER’S TALE by Robert Demaree

We are having lunch with our poet-artist friend,
Looking down toward the big lake,
Luminous glow of peak reds and golds
In an October mist.
The bar is crowded,
Favorite domestic brands on draft.
Why would you go to a bar at noon on Monday?
To watch a replay of Sunday’s game,
To see if the Patriots win this time,
Or have a beer with your sandwich,
Which you could do by the window,
At the table next to ours,
And look out at the muted foliage.
Mainly, we conclude, for companionship,
The sense of being part of something,
Even—especially—in a resort town
In the off-season.
We are ready to go.
We hug our friend and say
So long until June.
There’s an empty place at the bar now.
I may come back in a while.

I think of the bars on every corner
In the sad rust belt town
Where I grew up.
Priestly barkeeps move their towels
Back and forth with Rogerian attending.
Jesse and I walk by at dusk
Carrying our baseball gloves,
Close enough to hear those Pennsylvania voices,
The murmur of disappointment and companionship,
Esslinger, Schmidt’s of Philadelphia,
Old Reading Beer.

If I were to dwell amidst a bloated view,
Ride a motorcycle across the land, else
Take up buffalo ranching, I’m set from
Videos entirely explaining in measures.
I’ve got the YouTube blues.

editors note: Get even bluer with Premium. – mh clay

DAZE AT WORK (DREAMING OF DRINKING, WRITING, SMOKING AND SLEEPING) by Bradford Middleton

The daze at work come and go with an infrequent regularity
Sometimes three,
Sometimes four,
Sometimes five times a week
But recently I’ve had to get used to a new phenomenon
People coming in, people I don’t generally recognise
Asking me about this, my poetry
When am I reading again some ask
I wanted to see a poet at work some say
But the thing I often think is who was that
And have they bought my goddamn book
I know it’ll never save me from this exhausted routine
Of working, drinking, writing, smoking and sleeping
But if they’ve ever read my words they should
Know that I hate that work, that detestable shop and
Most of the people I work with and serve so
Why come and see me down there?
I can only conclude that they want to see me at my lowest
Possible moment and are afraid of stepping into the ring
Of the bar to see me drinking when, no doubt, I would
Try to sell them a book in exchange for a beer doing
Both of us a favour but no they come here instead
To a place where nothing ever changes. The
Homeless masses occasionally return to the icy
Streets from their hostel begging change to support
Their habits and I still get ridiculed about my name;
Today it was our new security guard, Steve, who turned to me
And called me ‘City,’ as in the football team from the town
With which I share a name, but at least this time
It made me laugh as I remembered times at school
When fellow kids would taunt me, calling me ‘Bingley’
After a well-known old-fashioned building society
Until that, I contemplated battering them.
Right now though I just want to escape all this
Nonsense of poetry fans and random taunts
Escaping to somewhere no one knows me where I
Can drink, smoke, work, write and sleep at last in peace.

editors note: Here we see the poet in his un-natural habitat. Please stay back as he can be hostile when provoked. – mh clay

Mad Swirl has conspired to provide you with the seeds to feed your read need! Dig on into “Seeding His Furrow-Field“ from longtime Contributing Writer Jim Meirose!

There’s good work to do and only so much time to do it. Don’t ask, just work. Be quiet, there’s work to do.

Here’s a few seedlings of Jim’s read to get your juices flowin’: 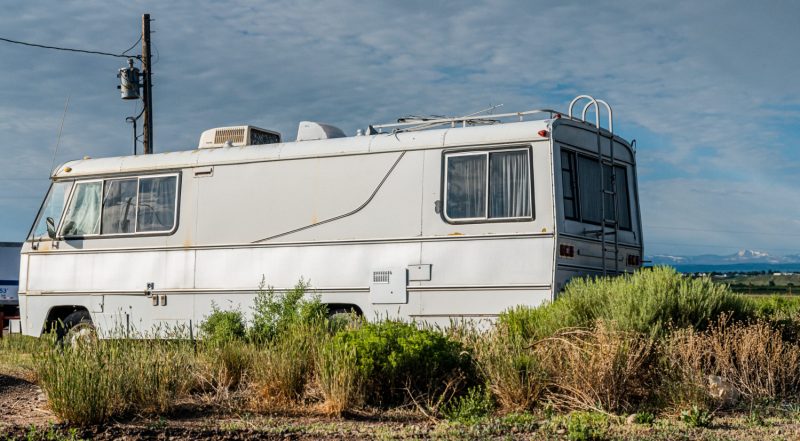 “No One Needs to Be Home” by Tyler Malone

Farmer’s up and down hand-seeding his under-sunned loamy-black furrow-rows fast, but not too so, up, down, down, up, ‘gainy ‘n again; half-day’s gone, good, until.

Your down home zero sum patriotical waitstaff compels you, is what. Djinn-strangle Morrey Cooper immediately!

Do what? What you say?

Ehhhh. You should not ask me to do such a thing.

You should not be asking me of such a thing.

Yes, I should! And we will do this in the following way; in his house, you’ll grip him. I’ll hold him. We strangle him together. Together in his house. Come on…

Come on & get the rest of this cracked plot right here!

Gotta hunger for a read? Then sink your teeth into “Mad Sisters“ by Contributing Writer Phyllis Souza!

Gotta subtract to add some days.

Here’s a few morsels to sink your teeth into: 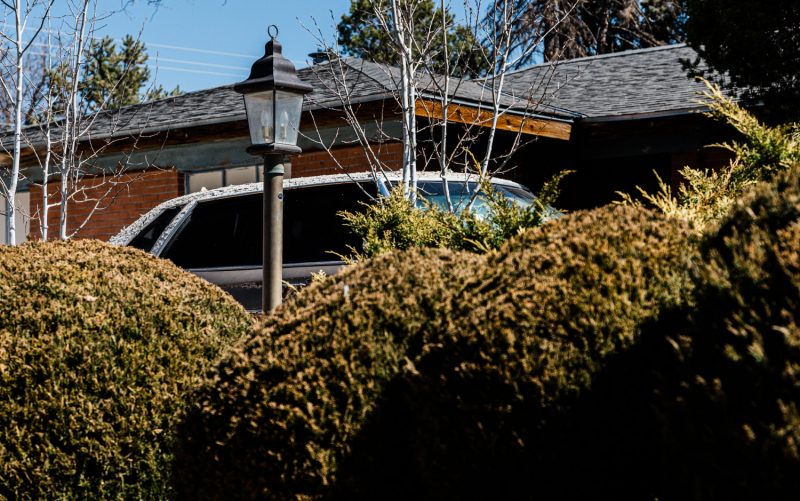 “Hey, look at this,” Alice said. “A hearse for sale. Five hundred dollars.”

“See for yourself.” Alice tossed her husband the newspaper.

An hour later, Herman knocked on the door of the mortuary.

“I called about the hearse,” Herman said.

Later that night, with a smile on his face, Herman drove the hearse toward Alice’s sister’s house for supper. He parked at the curb in front of a large two-story brick home. Ivy climbed the west side of the exterior. Large oaks shaded the east.

“Strange how Margaret’s husband, Edward, just up and died.” Herman scratched his head.

“Never mind. Hurry up.” With her dress riding up her thighs, Alice slid from her seat onto the sidewalk.

Pulling on the bottom of his blue Hawaiian shirt, attempting to cover his belly fat, Herman got out of the hearse.

The large front door swung open. Margaret, bathed in a fiery glow from a light in the entryway, stood with outstretched arms. Seconds later, she ushered Herman and Alice inside.

Join Mad Swirl this 1st Wednesday of August (aka 08.03.22) when we’ll once again be doin’ the open mic voodoo that we do do at our OC home, BARBARA’S PAVILLION and from our Mad Zoom Room (broadcasted via FB Live)!

Starting at 7:30pm, join hosts Johnny O and MH Clay as we will kick off these open mic’n Mad Swirl’n festivities with some musical grooves brought to you by GB 2&3 (with special guest Brianne Sargent) followed by our usual unusual open mic!