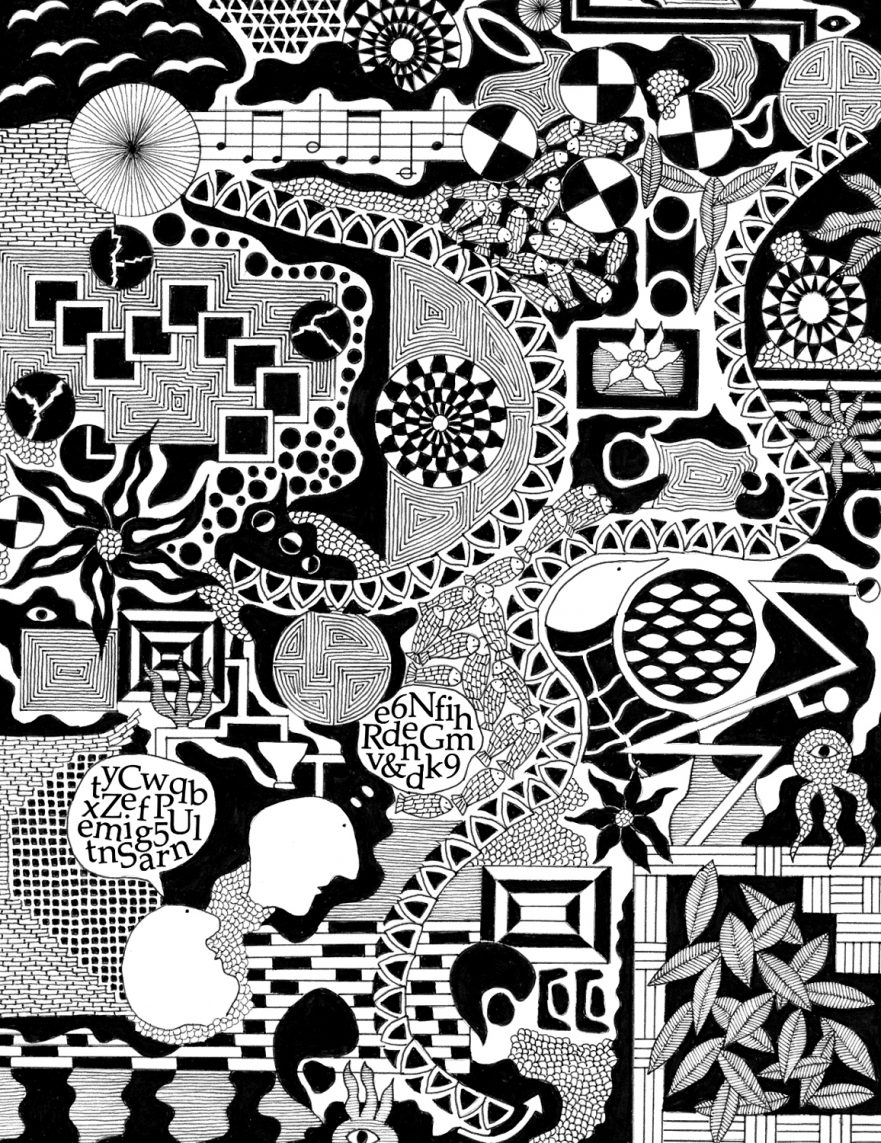 “Men are so necessarily mad,
that not to be mad would amount
to another form of madness.” 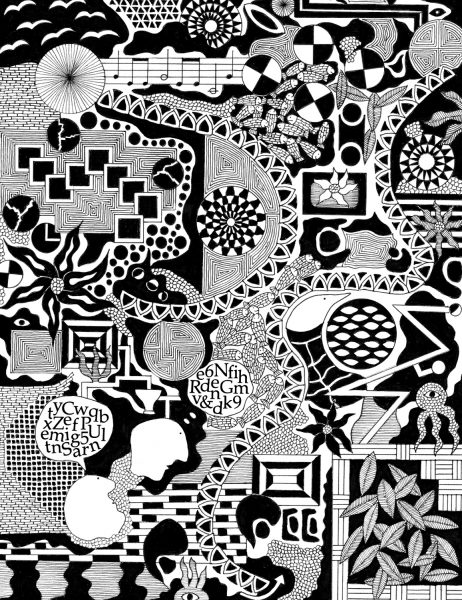 To see all of Eric’s trippy illustrations, as well as our other resident artists (50+ and counting!) take a virtual stroll thru Mad Swirl’s Mad Gallery!

This past week on Mad Swirl’s Poetry Forum… we got Dad’s pace to give gods chase; we questioned our question from Paul’s suggestion; we dangled our humanity o’er a near singularity; we pleasured hurt to share dessert; we watched out for deaths from Lady Macbeths; we told of a friend who made a black end; we learned ten steps to be corporately inept (though wildly successful). By our words read, we’ll speak from the dead. ~ MH Clay

1. Always speak of ‘going forward,’ even if you are not currently going forward (or indeed anywhere perceptible)

2. Preface every answer to a question with the word ‘So’: this gives the impression that you have been thinking in-depth about a matter which has never previously crossed your mind

3. Practise saying ‘I will be immediately passing this on to my colleague’ as if you actually meant it; even the most highly-paid have their amnesiac moments

4. Have a handy repertoire of slightly incorrect email addresses always to hand; this will buy much-needed and valuable time to be spent on massaging figures

5. At all times be fiendishly jovial (if by some mischance you are a woman, sardonically flirtatious is a decent second-best)

6. Master your acronyms (for example, never use FGM to refer to ‘flash glucose monitor’ [a painless way to control diabetes] when you mean ‘female genital mutilation’ [an agonising way to control women])

7. Always ensure there is a prominent charitable aspect to your work (especially important in the arms and tobacco industries)

8. Say the phrase ‘I am comfortable in my job’ over and over in your sleep; make a point of asking your closest associates once a day whether they are comfortable in theirs

9. Your business model (such as selling insurance to the already dead) is never faulty, although it may be that its worth is as yet unrecognised, since its time has not come

10. It is not rocket science to construct an entire speech out of clichés; indeed, it is a walk in the park, as easy as falling off a log.

He had a big black dog
and he named him Satan,
he loved that dog.
He painted the walls black,
doors and window frames
black, carpets black:
he listened to heavy metal
music at horrendous
volumes, through giant
black speakers,
he dyed his hair black,
painted his fingernails
black:
his eyes were day sky
blue
but
all his clothing was
black,
shoes, black,
crockery, cutlery,
furniture, fixtures,
black: bed linen,
black:
not long after Satan
died, he rode the
train into the city and
when the train began
it’s return journey,
he jumped onto the
tracks in front of it:
he told me once that
his name was Paul
and I believed him.

editors note: Which came first; the dog or the black? (Must have been the black, believe it.) – mh clay

The castle doors were purple.
Walk through the rooms of
endless echoes
and Shakespearean stages.
Take a turn on the carousel.

Alas,
a medieval dagger to
the heart.
We are still
quite primitive, aren’t we.
So much depends on those
elements of betrayal.

The caramel of your eyes as rich as the custard I never had.
Your skin my quilt for years. Your irides mine, yet faint as
the fantasies I could never count on. The spice of your tresses
strong as my subterfuge. We have no cradlesong. Your breath
singes my body, giving birth to many lies and one truth: no,
is your way of saying yes.

Born in naked singularity,
Naked come and naked go we by,
Gravely lost in clouded clarity.
Could there be an end beginning nigh?

Time shall tell while its ways elude us.
Dark the warp of soul that might arise.
Bent event horizons delude us
Leading nowhere where a somewhere dies.

Ere singularity can zoom us
Past the bar of sole futurity,
Intelligence may coyly doom us
To entomb our last humanity.

When black holes mortal made mistaken
Steal the chance a cheeky fate to jar,
Then earthly promised lands forsaken
How will dreamers wish upon a star?

Life is precious in its rarity,
Yet the naked eye sees wrong as right.
Artificial singularity
Is a naked truth that’s now in sight.

Ofttimes softly sounds a muted voice,
Though its murmurs seem too faint to hear,
Whispering, ‘There still may be a choice.
Who says singularity is near?’

On a hot Friday afternoon a man
Walks from block to block, with a sign saying
Only ROMANS 6:23. His clothes
Are designed to protect skin from sun; it’s
Clear he’s done this before. He is a voice
Of one. Most come to Hollywood to be
A star, or, just for now, imagine they
Rule the earth. All the sirens call here.

He plays the same loud tape over and over,
An urgent man who says our time is short,
And the walk of the Lord is the walk
Of light. I wonder if, apart from me,
Anyone takes in the sign: he is used
To being ignored, makes no attempt
At eye contact. People bypass him gently,
Polite, relieved he is not panhandling,

And he gets indulgent stares, as if his
Sign was written in Klingon. To believe
What Paul wrote in his letter was once
Dangerous, you paid with your life, as he
Did. Then it took hold of much of Europe
And the Americas. In time out of mind
There was a learned, stubborn Jew rotting
In a stinking Roman jail. On the last

Day he spoke the last words. Death was coming.
If he was lucky, he would meet Peter’s
Fate. “Write this… write this down. Out of the mouth
Of the lion have I escaped. Our Lord
Will deliver me yet. Jesus, I come
Unto your kingdom; bless me and all men,
Except that son of a whore, Alexander,
And the other jackal, Demas. You will

Judge them according to their works: God is
Not mocked. I… I have kept the faith, my course
Is run. Jesus, stand fast by Timothy.
Grace be with you.” And when the end came, did
He dream dreams? Which one would have a sharper
Sting? First, he’d see men put to the torch
For believing in God differently
Than other men, love no longer the law.
The second prophecy might cut deeper still.
There would be a man in Hollywood who
Called out the wages of sin, and no one
Cared, and a soul on fire for Christ was now
Simply quaint, odd, just another crazy
Person on this crazy street. Like the heart
Can only cling to hope for so long, as
If faith itself has a time limit, stricter
Than the hold on your ATM card.

editors note: It takes a lot of polish to keep a shine on faith. (This poem comes from Brian’s recently released collection, Zen In Beverly Hills. Congrats on that, Brian! You can get your copy here.) – mh clay

My Father by Stephen Jarrell Williams

In the beginning
his hum from the other room,

touch of money,
taste of fame,

atmosphere of brilliance
his printed words.

We fell asleep every night
his three sons,
young dreamers
listening to his quickening
constant tides of thoughts,

disbelief of his sudden death

we continue to write like him,
lightning streaks
lit by our chase of gods.

We have a sneaky suspicion that you just might need-a-read and that “The Snoop“ by Contributing Writer & Poet Ruth Z. Deming just might fill the bill!

A name sometimes comes with a face worth punching.

Here’s a peek to get you on your way: 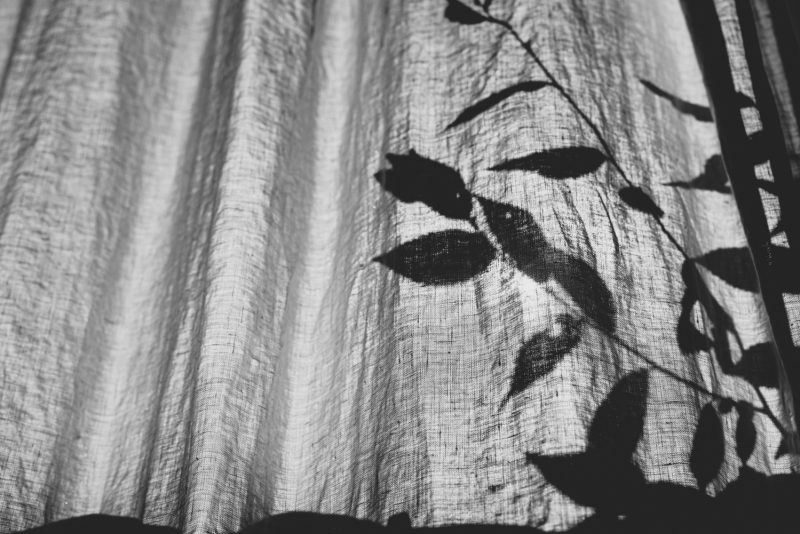 Willow Heights is a lovely neighborhood where many of us know one another. During the pandemic many folks bought dogs, whose fondest desires were to trot around the block with their owners. Around 3PM, the school kids pass through my back yard. Fine with me. Do parents still wait for their children and give them milk and Oreos?

I certainly would. One day one of the backpack-wearing teenagers gave me a snotty look, as if to say, “Who do you think you are?” I glared at her, saying nothing. When she had a good start ahead of me, I followed her, wearing my snug jeans and brown leather jacket I had bought at a boutique on South Street in Philadelphia.

In the drive of their ranch house with the stone front were two vehicles: an old model Volvo and a white pickup, a Toyota Tacoma. Not cheap.

Striding by, I looked in the window. The girl, whom I will call “Martina,” sat at the kitchen table with a box of what looked to be Archway Cookies, soft and flavorful, as good as homemade.

As if that wasn’t enough for her, she opened the fridge, and reached to the freezer on top.

Did she ever think about donating to the food cupboard in nearby Ambler, Pennsylvania?

Get the who scoop on “The Snoop” right here!

Point your peepers over at the latest featured read at Mad Swirl, “Watch Your Eyes“ by Melissa Hickey.

Nature, neighbors, they’re all in it to do you in.

Here’s a peep a what you will see: 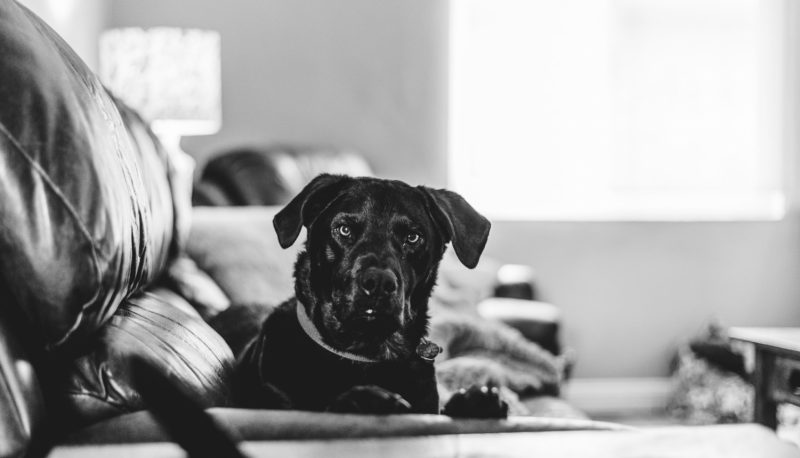 (photo “Look Into My Eyes” by Tyler Malone)

Peck, peck, peck, the noise is growing louder, more persistent, as though whoever is outside wants to be seen. I glance at my alarm clock, it’s 1:00 am. Perhaps it’s my brother. He sometimes drops by after a drunken night out on the town, waking me in the wee hours, asking to be let in, saying something about not wanting to wait in the cab line to get a ride home. I exhale, it must be Simon. I step towards the window and pull back the curtains. In the glow of the sensor light, I spot, not Simon, but a blackbird with white eyes standing on the window sill. I jerk backward, clutching my throat. As I watch, he starts peck, peck, pecking his beak up against the glass again. Then he spreads his wings across the windowpane, making it impossible for me to see into the outside world…

Fly over here to get this rest of this pecky story on! 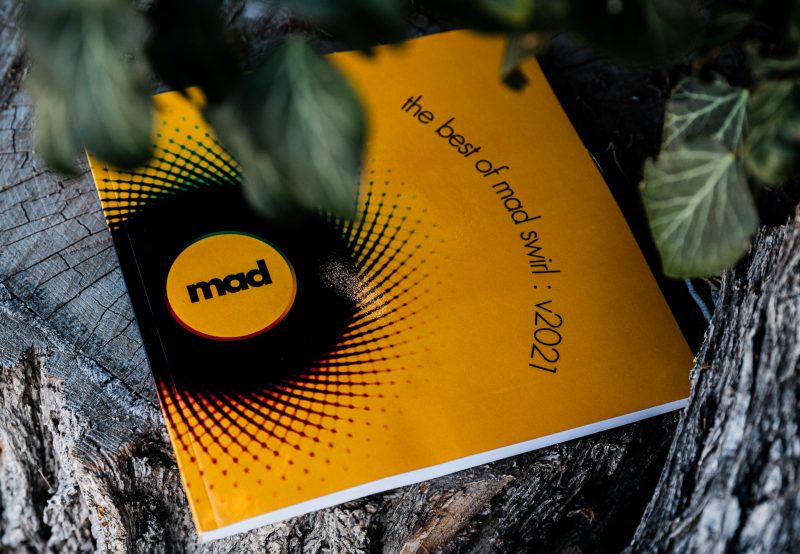 If we’ve enticed you enough to wanna get you your very own copy of “The Best of Mad Swirl : v2021” then get yours right here!