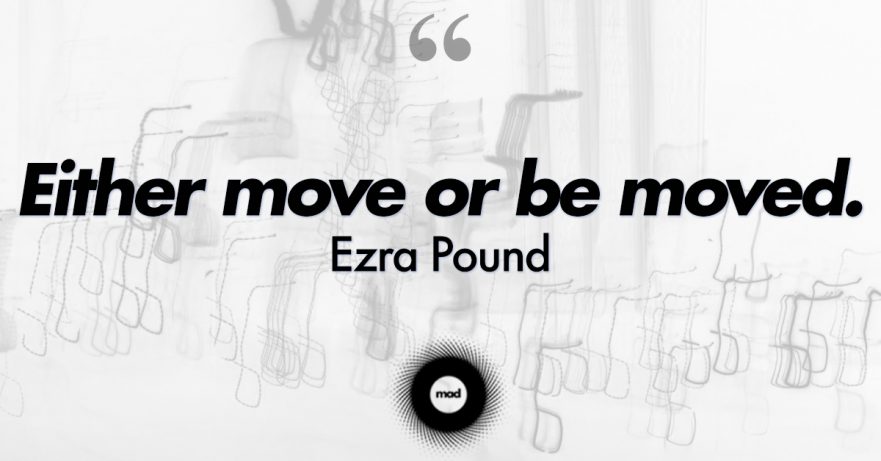 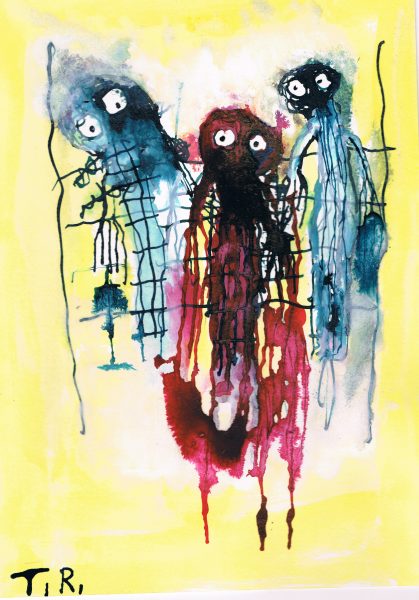 This past week on Mad Swirl’s Poetry Forum… we were schooled to be fooled; we went cheaply in it for twenty minutes; we stumbled, searchin’ for an old urchin; we turned right the wrong in ambiguous song; we found an affinity in listening to infinity; we glowed in the gleam of sifting a dream; we shroomed through the real of falling to feel. Our weekly trope, a kaleidoscope; all colors recorded. ~ MH Clay

The feel of ‘drizzle’
upon the bottom
of naked feet
after shoulder-squeezing
under the ‘drip’
… is like
smoothly whipped custard
and liquid crayons…
embracing enthusiastically.
Don’t stop me now
… for fuck sake,
outta the way whilst I
whoooooooossssh!
We’ve captured ‘falling’
inside a delicate ‘feeling’
… matchbox it for later.
I see no discarded eggshells?
… controlled ‘mayhem’

complicated self-harm…
and the violence of cackle.
The ‘trick’ is to ‘open’
before you get
your ‘narrow’ on, yeah
… and slide
at the exact moment
that others stall.
Now, study memory later
… present tense is ‘energy’
let’s limbo barbed wire
deeper-in… tut-tut,
me first… or I’ll hurt you.

editors note: Learning how not to truncate your freak-out. – mh clay

a loyal coil
a being, sifting

a golden miniature
I enter the dream

editors note: In the dream, the shuffle is a dance. – mh clay

fragmented no. 39 by Dah

listening to infinity
, which is
neither here nor there .

in the land of fear
or thoughts
, the voices are repetitive .

i see time passing
, feeling its dead weight
in my hands
, mocking my bones .

i’ve heard this before
: nothing remains
lit up

editors note: What we carry in the dark is nothing in the light; nothing at all. – mh clay

Punctuate the be with a question’s mark
in a room with a rug pace-worn and thinning
at its fibrous and tufted middle. The writing

bounces between clefs as the tune’s orchestrated
dithering is imagined at once clarinet, serene
oboe, tympanic thunder rippling against a lyric’s

thin walls. Failure of the vocative, tired
metaphor, passion’s metonymy the stuff
of wallpaper at bed and breakfasts no longer

frequented on the gray coast of the Atlantic,
the smaller of the four oceans, the dirtiest,
the one whose color depends so much

on the right latitude, the shipping routes,
the weather and its variables of cloud and crash,
the moon’s veiled faces, the scudding

shreds of atmosphere. Here at this coast,
on the isthmus scraped of its soil
by the constant wind, any emotion

clutches at your jacket for the warmth
it needs to blossom. The only punctuation being
a dash, not quite an arrow, not quite a stop.

editors note: Where a period is not an epoch but an end. – mh clay

I Am Nothing by donnarkevic

but an old man you pass by
without looking you turn
your nose up the smell
no, I haven’t bathed
in three days
what the hell for you
gonna ask me out on a date
my wife she won’t mind
she a handful
of ashes
dead now I forget how
many years I forget her
voice when she whispered
in my ear that stuff I want
to hear that stuff I never hear
no more time for loneliness
time to be far from embraces
says so in the Bible
God, he rubs it in my face
like maybe he cornered the market
on growing old with grace
can I get an amen because
I think I just dug myself
into a grave
no one will ever visit.

editors note: If an elder (or anyone) lives unnoticed, is there any pain to feel? – mh clay

ONE STAR by J H Martin

Such a small bed
Such a bad hotel

And not a minute more

Not pretty
Not cool
Not quiet

The only pictures –
My private collection

A black and white trail
Of late-night prints

I move your arm
And look down at the bottle

I need to breathe

After all of this time

I still want to
Recognise this reflection

editors note: Where Michelin is just a tire. – mh clay

Day is day
Night is night
Where day is real
Quite glaring
Night is false
Call a spade; a spade

So, bamboozle me not,
wrecker; with your wry sums
Amidst quizzical glares
That a stone today
Could gather seventy by morrow
With not one push
That day is night
And night is seemingly day
For in all my learnings
I am schooled enough
To be fooled

Our eyes are not blind
Neither are our ears deaf
It is too early to be drunk with liquor
And this iroko tree; a rare gem
Is far too tall to become short

Its still morning, feel the dews
Even fools don’t get fooled early
My one kind kinsman
These hearts have long long
Outgrown being trifled with
Bundles of laughter at your
Fooleries

If you Need-a-Read we gotta wicked one that’ll do the trick!

“Can we find salvation? Only in madness, maybe, but only after we bleed out a bit.”

Here’s a bit of this weekend’s featured read, “A Shadow on the Wall“ by Contributing Writer Ruth Z. Deming to get your chills goin’: 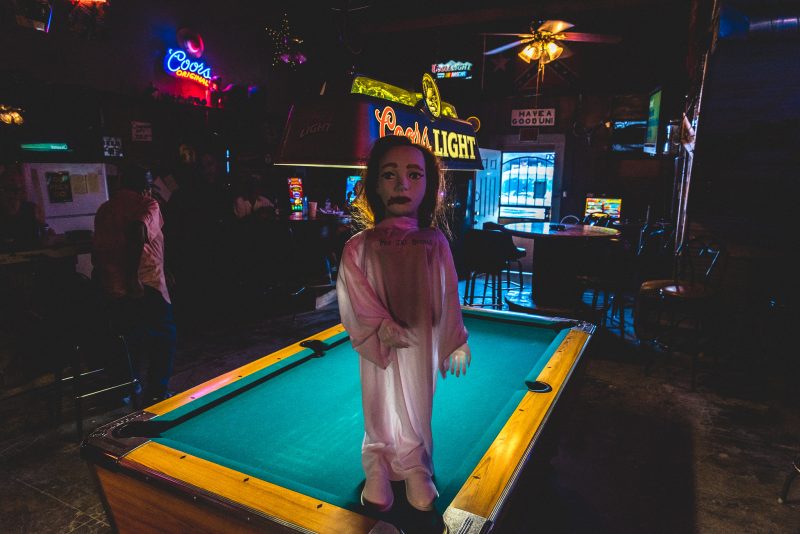 (photo “Creeping in the Light” by Tyler Malone)

She had just clicked off the remote and closed her eyes. “Oh no,” she thought. “The house is settling.” She had lived in her red brick home for nearly nineteen years. She had paid a fortune for termite control, bees entering through the bathroom window, wasps on the back porch, and now there was a new noise. Unrecognizable. Could it be footsteps?

Katy was acquainted with most of her neighbors. She had befriended Phil and his wife, a man who fought in Afghanistan. They had spoken with each other while she strode down the streets during what she called “the awful pandemic, which robs us of our minds.”

The man across the street, Blaine, who retired from Lockheed was nice enough, but he and his wife kept to themselves. Their only daughter, Elena, whom they adopted, was married and pregnant, every parent’s dream.

Of course, it was probably her imagination that she heard what sounded like a footstep. Or more like someone scuffling on the carpet. And she watched every scary film on Netflix and Hulu, an addiction she was fond of, eating hot buttered Jiffy popcorn while she watched.

All right, dammit, she would get out of bed…

Creep on over here to get the rest of this warped read on!

If you Need-a-Read, our weekday’s featured story, “Home Run“ by John L. Stanizzi is sure to be a grand slam!

“It’s all just a game, but something always breaks and is never fixed.”

Here’s a bit of John’s nostalgic tale of days gone by: 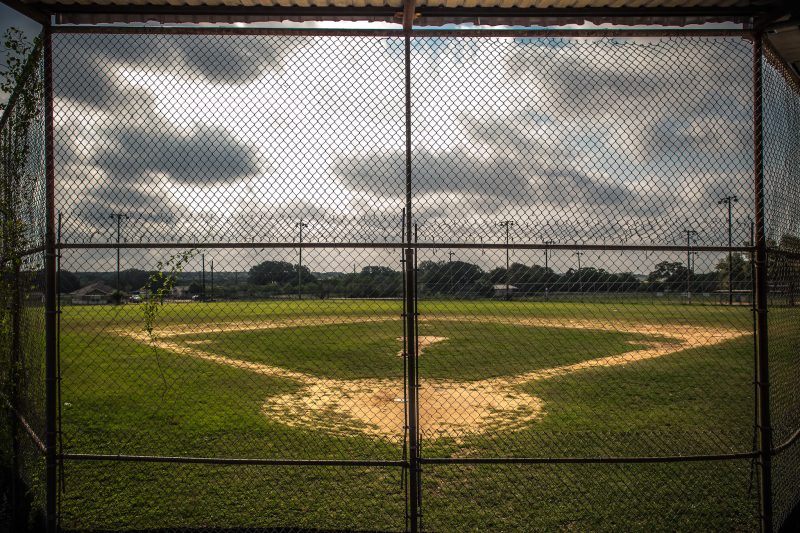 The playground at St. Mary’s was a cracked and bumpy blacktop square maybe a hundred feet long on each side and surrounded by a tall anchor fence on two sides, the school on another, and an old garage that completed the square.

The garage was a really low, gray, four-car structure. I was never sure who, if anyone, used it. I never saw the doors open. Never saw a car. And the little square windows on the doors were covered with dried up, crusty paper taped from the inside and fading to some shade of yellow. I never, ever, in my seven years at St. Mary’s saw anybody go in or out of the garage. It was a creepy place, right there on our playground. Here’s how eerie it was. No one ever yanked on the doors to see if they’d open or tried to get a look behind the aged paper. We mostly steered clear of it.

Two sides of the yard were blocked by that tall anchor fence which separated the school from the surrounding neighborhood, and in spring the fence was covered with big, fluffy lilacs whose scent wafted into the school on those long lazy afternoons, after lunch, after running around on the hot tar. By the time the end of the day approached it was almost impossible to stay awake at my desk.

The fourth side of the playground was the school itself.

During recess, the girls stood around in little groups and giggled and talked, probably about which boys were cute and who they wanted to “go-out” with. That always cracked me up. “Go-out!” Where the hell were they going to go in sixth grade.

But the boys played. We’d play Red Rover and Buck Buck, two really rough contact games that the nuns hated. There was no official gym class, we were all just turned loose out on the asphalt school yard and ran around like lunatics for half an hour. When recess was over, we’d be hoarded back into our classes, only now we were sopped with sweat and pretty ripe. Soon enough the classroom began to take on the “flavor” of gym class, if you catch my drift.

Get the rest of the count right here!

Join Mad Swirl this 1st Wednesday of November (aka 11.03.21) when we’ll once again be doin’ the open mic voodoo that we do do at our OC home, BARBARA’S PAVILLION! (and celebrating 17 year of open mic madness!)

Starting at 7:30pm, hosts Johnny O & MH Clay will kick off these open mic’n Mad Swirl’n festivities with some musical grooves brought to you by Swirve followed by our open mic.