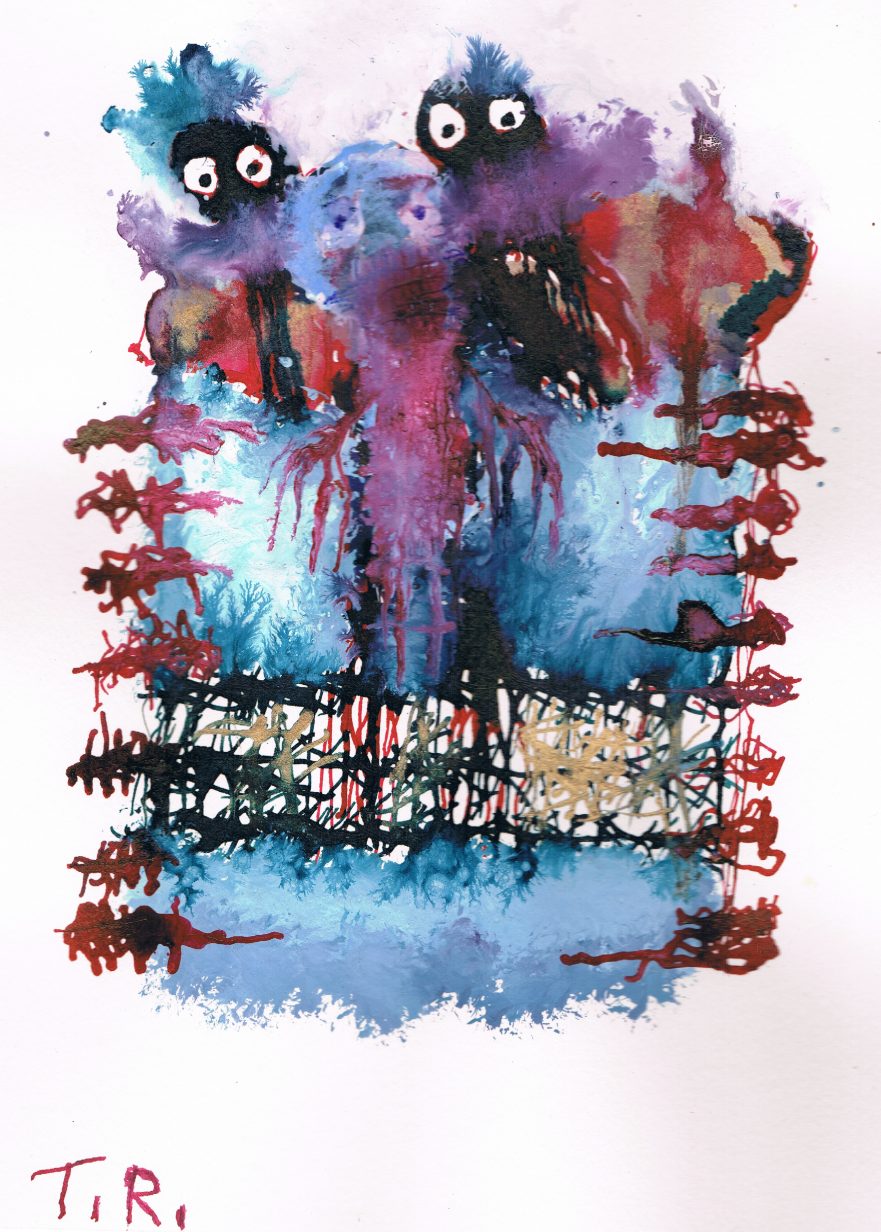 “I want to go everywhere, look at and listen to everything. You can go crazy with some of the wonderful stuff there is in life.” 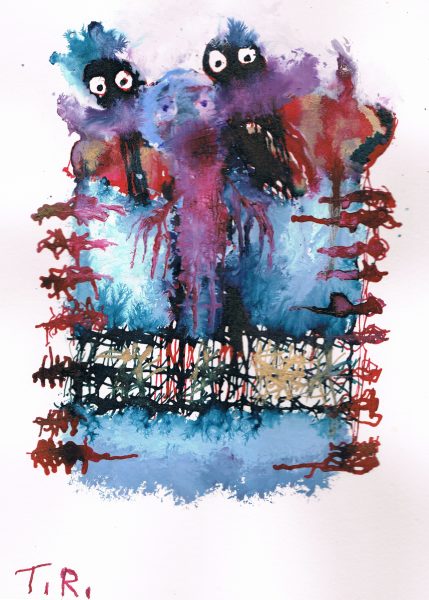 This past week on Mad Swirl’s Poetry Forum… we found our affection for a dark, clear direction; we craved freedom to roam, instead died to get home; we were not so alone as an office drone; we assigned no appeal to a buss with no wheels; we pilfered no perks from a bad day at work; we made out the mores of symphony wars; we sought no relief for a music thief. Up and down the storied scale, we worry, we write, we prevail. ~ MH Clay

The Paragons Meet the Jesters by Pete Mladinic

Three kinds of people would steal my music:
the drug addict who sells it for drugs,
the music lover who sells it to a record shop
or adds it to their own collection,
and the person who wants it because
It’s mine and they want to steal something
I love that’s not part (or all) of my body
but part of my soul. The term
record shop signals vinyl, not a clunky 78
but a 45 disc such as I’d seen on a wall
at Swingin Slim’s in a subway arcade off
Times Square. I bought the Swallows’
It Ain’t the Meat It’s the Motion, took it home
and up in my room with the door closed
danced to its jumpy rhythm, and the
Dominoes’ Tenderly with Jackie Wilson
on lead. Eyes closed I listened seeing Judy
Hayman’s long face close to mine,
enraptured in her brunette beauty and
Jackie’s strong smooth voice. The thief
took that from me because I’m me
alone in a room looking out at windows
at green treetops and part of a gray river
that curves like an hourglass hip.
If they wanted even more they’d take an LP,
say, the Paragons Meet the Jesters.
They wouldn’t sell it so they could stick
a needle in an arm in a gas station rest
room, but because it’s mine, like that part
in R Kelly’s Slow Dance, “Let the record spin
Round and round,” a 45. Judy and I, she
taller by two inches, cling to its melodies
out on the floor in the school cafeteria.

editors note: The lowest thievery; stealing memories. (We welcome Pete to our crazy congress of Contributing Poets with this submission. Read more of his madness on his new page – check it out.) – mh clay

Dark Secrets of the Concert Hall by Joseph Farley

The piano is afraid of the cello.
It does not know why but it is.

The drums exist in their own world.
The horns, close by, waiver in loyalty,

longing for the violins and violas,
but knowing the brass section is exiled

to a land of greater noise.

The conductor sees all,
but ignores as much as possible

such discord in practice and concert.

It is her job to make all rise above
the petty squabbles,

insecurities, rivalries, foolishness
of so many instruments

assembled for a purpose,
greater than their own,

and lead them, as best she can,
in finding a harmony

greater than the sound
of so many individuals

so near to each other’s throats.

You have to sort your load on camera
don’t tell customers we’re in a pandemic
you can’t call it harassment if the weird old man gropes you
that guy with the gun tucked in his pants is just as scared as any unarmed employee
never mind he doesn’t have a holster
don’t worry about him
worry about yourself
we need documentation that you work here, even though we know you already do
the burden of proof is on you
we need documentation you own your website
there was a perusal the work is in the public domain for free
do you have permission to publish it?
It is my site, my company,
But does everyone else know? Did they provide you official documentation?
Your contracts don’t count
Your incident report of on-the-job injury doesn’t comply
We know you worked those hours on the clock
But you weren’t technically scheduled
Stop calling it “harassment and abuse” just because someone was having a bad day and wanted to fight you in the parking lot
Don’t call it a fascist coup
Don’t call it anything
You should’ve said “have a nice day”
Even though he walked toward you threateningly and flicked a cigarette at you
He swore and threatened but you shouldn’t have walked toward him and threatened him back
Before you quit
Fill out these forms
They need to be done
Corporate needs these
Yet they still have a third party send out official exit surveys
Meanwhile
A guy at amazon gets an email from his boss two doors down who got an email from district who got an urgent memo from regional who got a dead to rights message from corporate by some guy yelling with his pants down thumping his chest in the board room
the grunt running from drones races down an aisle with a black magic marker
he’s got to cross out all the offensive parts in the book you just ordered
fuck that guy

editors note: It ain’t personal if it’s filled out in triplicate. – mh clay

A flurry of footloose word-armies,
unleashed in makeshift assemblies,
impress at first blush. On jelling
for gravitas, one realizes, empty
words leave us unfurnished.

The familiarity of promise is like
an earworm. Takeoff on truism?
I wish I could urge them to hustle
with a new hook, bunko with a buss.
Lure me with unwonted lies.

editors note: If you’re gonna put lipstick on that pig, it needs to be a good kisser. – mh clay

Beginning of the Lunar Year by Dale Cottingham

At one point I thought I knew
but that was long ago. More recently
I’ve taken to reading Dilbert who looks out
from his thin but colorful frame
of an office that could be anywhere. He stays energized
and in the groove by keeping a list of what he’s got to do:
taking private messages off his voice mail,
riding waves with co-workers.
That livens the whole affair
and maintains him in ways he thought impossible before.

Then she called. My evening’s looking up.
There will be thunder in the reaches,
some humorous negotiations over wine,
alternatives will be presented, claims adjusted,
a new accounting will be made.
I’m enthralled by the prospect.
I can see it now: I make smoke signals,
look for responses, offer a prayer
as if this were the beginning of the lunar year.

editors note: When love is the objective, it’s moonlight over megabytes. – mh clay

the moon is keeping watch
bolted onto the nightfall sky
wind carries the clouds
delicately past
like gray fragments torn away
by our brooding.

the clouds fall toward the horizon
dipping past the farthest treetops
like passion they are so immense
yet silent
leaving the absorbing sky behind
to fill with new longing.

warm day for an autumn
walk in the dense woods
screeching blue jays
sandhill cranes croaking
branches giving off their leaves
like teardrops
a few at a time
and then the cathartic calm
wind shushing the treetops
leaves pattering across the earth
in the sure direction of
a promise.

editors note: A Fall with no landing only turns on turns in promising directions. – mh clay

If you Need-a-Read then take a deep breath & get ready to dig on into this modern day prankster tale “The Pissing Contest“ by Michael Brownstein!

“Breathe in, breathe out. Look left, look right. Do it again. Count your breaths and count your blessings.”

Here’s a teaser of the teasing to get your read started: 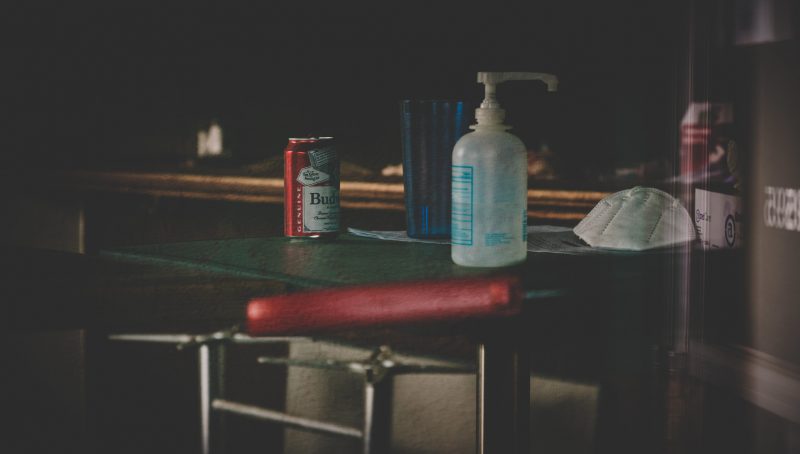 The late morning sky was clear-eyed blue, rich, almost regal. There was no breeze, a soft November, the trees naked of leaves, the sun too bright.

“Summer,” one of them muttered. None of them could remember a November this warm.

They walked in a small cluster down the center of the street as was their practice: five boys, not a gang but friends for as long as they could remember.

Little Joe because he was tall and muscular, Big Joe because he was barely five-foot, Jet who could outrun everyone, Slim Jim who was neither slim nor a Jim but liked the way his nickname sounded, and Simon Says, their leader. When they came to the intersection, they ignored the stop sign, walked single file across the busy street Simon Says leading, Big Joe at the end, stopping traffic.

“Can’t change the rules so late in the game,” Simon Says replied.

The boys nodded, walked quickly to the park, their bench, and gathered around Simon Says.

“Had an idea last night. Tell me what you think on it,” he began after everyone settled into their place. “Read about a gang in the Bronx when that disease AIDS first came about. Seems like you could get it from used needles.”

All around him the boys nodded their heads to let him know they were paying attention.

“Don’t hear much about AIDS nowadays, but back then it made people piss in their pants they were so scared. These boys would see a target and threaten to stab them with their needles if they didn’t hand everything over.” He paused, looked over his friends and continued, “Don’t want to do that. Too dangerous and it’ll take too much time. Got a better idea. You know this COVID thing that keeps closing school?” He didn’t wait for an answer. “Everyone’s wearing masks because you get it from breathing on someone. We’re all carrying masks right now, ain’t we?”…

To see if these pranksters get their comeuppance you gotta slide on & get the rest of this read on right here.

Join Mad Swirl this 1st Wednesday of October (aka 10.06.21) when we’ll once again be doin’ the open mic voodoo that we do do at our OC home, BARBARA’S PAVILLION!

Starting at 7:30pm, hosts Johnny O & MH Clay will kick off these open mic’n Mad Swirl’n festivities with some musical grooves brought to you by (old school) Swirve followed by our open mic.