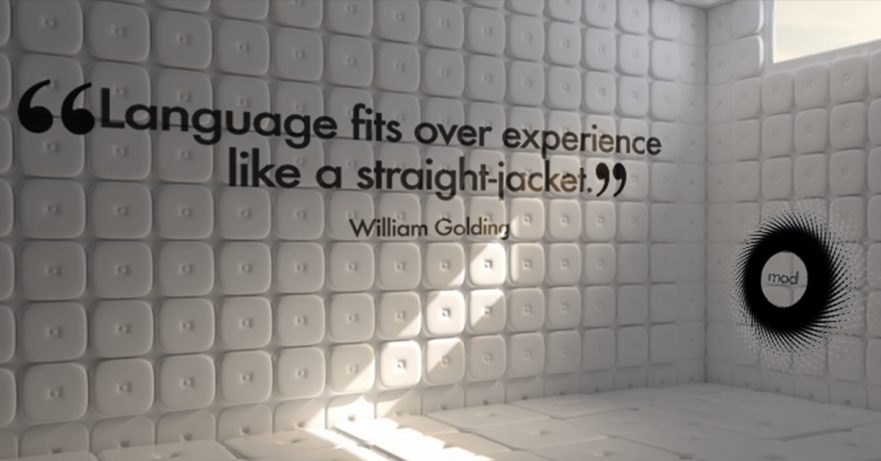 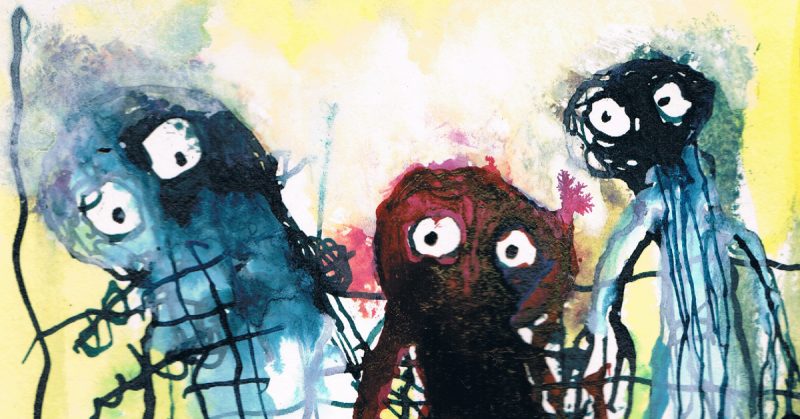 Mad Swirl is excited to introduce an incredible artist to our Mad Gallery, Thomas Riesner, who paints his strange and spooky work all the way from Leipzig, Germany. His work, though initially a bit unsettling, is still nice to look at – with an interesting combination of intentional lines and squiggles against watercolored seemingly free-formed chaos. However, the longer you look at Riesner’s pieces, the weirder they get, almost seeming to represent the stuff of nightmares. The figures he draws seem to look right back at you with a wicked intensity, and yet, there’s still some comfort to be found, a profound desire to keep looking, a staring contest of sorts – though i’d imagine they’d keep watching you long after you look away. ~ Madelyn Olson

To see all of Thomas’ simply somewhat wicked scribbles, as well as our other former featured artists (over 50 in total), take a virtual stroll thru Mad Swirl’s Mad Gallery!

This past week on Mad Swirl’s Poetry Forum… we stepped in sand where sea strokes land; we found no haven for a paycheck maven; we tiptoed, talked, at bad words balked; we elevated elocution to faintly foist a false solution; we loons bespoke for drumbeat jokes; we feels enthralled in sweets recalled; we nothing knew if all we do is… steps to find a tiptoe height, to feel the loon from nothing knew to only all we know. Huh? ~ MH Clay

If by Mike James

All in My Feelings by Isaiah Vianese

Maybe it was listening
to George Michael sing,
“I Can’t Make You Love Me” on repeat,
or three days of summer rain,
the drops hitting the sill
in their unsteady rhythm.

Maybe it was my husband
calling to say, “I miss you,”
or my beautiful friend,
who pulled me into his lap
and kissed me so deliciously
my head filled with light.

Maybe it was the vaccine
running through my body,
spinning off cells to save me,
or Harlem waking from its long sleep,
people in parks again,
barbecues,
drinkers laughing at the bar.

Maybe it was another song,
the diva shouting, “I want you,”
over a disco beat,
and how that chorus caught
in my throat like a sugary sadness,
hunger, gratitude for living.
All of those feelings. All of them.

editors note: Yes! All of them! – mh clay

Along the Outlaw Trail by RC James

Strewn loonily enough
above, below, beside me,
words, messages undone
or up too tight,
lie in thrall.

Great stories intertwine
with great jokes,
the best of them,
sudden, percussive,
tingling through bone marrow,
chopping at the freeze
inside, intolerable,

at the final breaking point,
releasing us
to glad horizons.

Those sounding waves, years traveled light
are spokesmen for the nation’s state.
I say more often masculine,
most alpha lead, some girl allure,
on screen, pass billboard, TV slot.
So in control of people’s ear –
eustachian tube and beaten drum –
and if repeated time enough
as drip feed washes over brain –
sought after words gain loudest cheer.
The easy poll, to tick the box,
supply to power what think they want,
but first whet and manipulate,
and make believe solution’s served.

Tiptoe Through Talk by Saloni Kaul

Loud blabbermouths spout unkind things without e’en meaning to
And you would do well not to take it all to heart.
Compulsive talkers talk their heads off till they strain fatigue you
But they themselves stay fresh lark-chirpy playing their part.

Beware the one that tries to win you over willy-nilly
Going on as though his honour’s at stake
And salesman’s suave polished tones far from wobbly wibbly
That without so much as a twinge sell as ready the half-bake.

While it is good to be open spontaneous, like at booth well-manned,
It being awkward to measure each uttered word;
For conversation sounds stilted when thought, preplanned,
Its beauty lies in the flow’s own twists and turns blurred.

Still, be always right, seldom hurt with careless blathering,
Thoughts clear thought out are preferable to blabbering.
Tiptoe through talk forthright, treat kind the wayside sprig.
Beating about the bush harshly only damages each twig.

people get a job
it helps to heal

editors note: No slack from a no-slacker. Work, heal… (We welcome Donna to our crazy congress of Contributing Poets with this submission. Read more of her madness on her new page – check it out.) – mh clay

My mind is full of nothing
It hurts to think when lonely
The sand likes to take my footprints
And the sea drinks them oblivious
To my sense of being annihilated
By the beauty of rushing water.
Sea, my solace harbors dreams
Dreams of lands that it strokes like
Lovers softly touch the beloved
The waves wrap rocks and hesitate
Gushing back to gather force…
I await the dancing sea
To draw me from my loneliness.

editors note: Solace in solitude from the sea. – mh clay

Jumping Jehoshaphat, what is that? Oh jeepers, it’s a featured read from Mad Swirl! Gadzooks!

“Language ages along with our spirits, bodies. We’re lucky the sun allows us to live and die this long to find ourselves lost in love.” 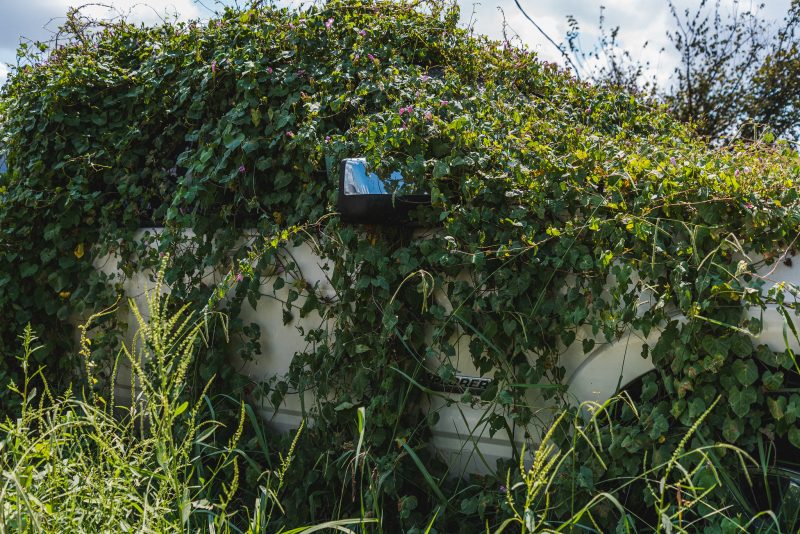 If you wanna pick up a whole lot more of these outdated exclamations than dig on into “Shucks Among Aging Partners” by longtime Contributing Writer & Poet KJ Hannah Greenberg right here. 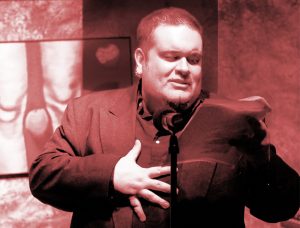 Last week we learned that the poetry world lost a near & dear Mad Swirler, Paul Sexton. The shock of his passing is still reverberating and has yet to fully sink in. The brevity of knowing we will no longer hear Paul’s signature voice, emoting his pain, his anger, his joy, his rawness thru his poetry. No longer will we see Paul sitting at the bar, early as always, on a 1st Wednesday, waiting for us to set the stage for the night. No longer will we see Paul’s poetry submissions in our inbox, excited to read his latest works. The thick shouldered, bigger-than-life physical presence that was Paul Sexton has exited the stage, but Paul’s essence will always be swirling madly in our Mad Swirl world.

We first met Paul back in 2005-ish, when we were still finding our feet, green at hosting an open mic. We visited some local scenes, hoping to find some kindred spirits. At one of those scenes we found Paul and Opalina Salas hosting an open mic in Oak Cliff (Suenos Sabrosos, A reading in Red). Immediately we were drawn in like many of the others we met there that were attracted to Paul’s magnetism. Thanks to Paul, we met many of the local poets we still know and love today. From that moment in that quant little ice cream shop, our world’s came together and I knew Paul would be in our Swirl world for years to come.

Paul started coming to our open mics soon after that first meeting. When retelling the story of our meeting, I always called Paul the Pied Piper of Poets (he hated that, by the way). What I was trying to say is that when Paul started attending our open mics, it gave us credibility and other poets and performers started attending regularly. We will always be indebted to Paul for that. He will always be interwoven into our open mic story of inception.

In March of 2008 Paul first submitted his work to MadSwirl.com, where he has been a Contributing Poet ever since. We’ve featured over 30 of Paul’s poems (read them all here). Each piece unique to Paul’s style, tough and hard exteriors with tender and soft insides. His words coming to life, feeling Paul’s voice coming thru these electronic pages. The first piece of Paul’s that we accepted I’d heard that first night at Suenos Sabrosos. That poem is “Spiritus Veritas”

This common experience.
This shared suffering.
This birth into tragedy that
has shaped us so.
Demented us so.
Made us artist.
Let our spirits soar.
I just want the real experience now.
The authentic.
I suffer for it.
I await it.
I yearn for it.
This is the truth I toss about in
meandering lines.
We are in a space outside the tribe.
We are the neurotic episode.
We are heaven’s offerings unto the dirt.

I’m not sure what I want
she said.
Something altogether different.
I think.
Come and be
real
with me.

I guess what I am trying to say is that Paul may be gone but his poetic legacy lives on, and will continue to, well beyond his passing last week. Paul has left us with books, thousands of poems, countless memories. Although there is a big hole in the local and global poetry scene, Paul’s presence and essence will continue to linger on in the hearts that knew him. “Goodbye to being, hello becoming.”