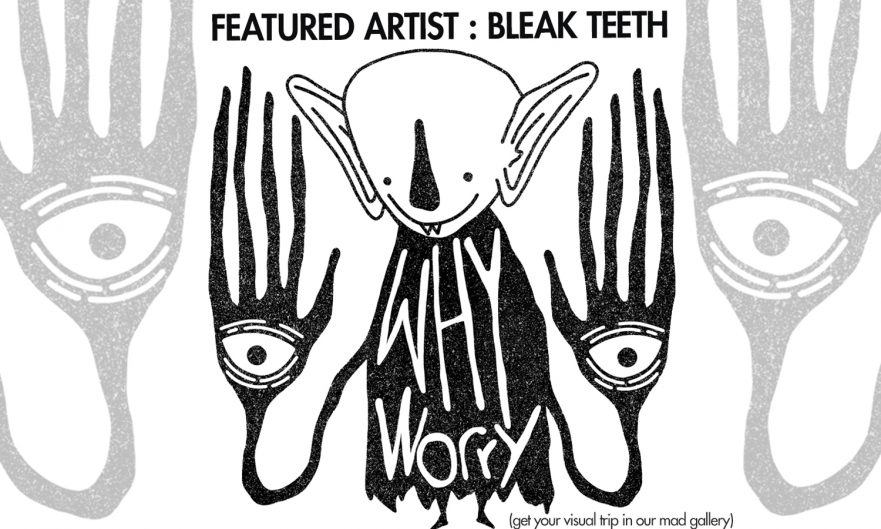 Our newest featured visual artist has been on our radar for quite a while now. Some might even say I requested him to submit his art for a feature… (I did). But could you blame me? Ferrill, otherwise known as Bleak Teeth, creates gritty, creepy characters that don’t seem human right away but have such a human quality to them when you look closely – especially at the all-too-human emotions they capture all too well. They are dark and yet they have a certain lightness to them, too, which also captures a certain human-ness in itself. Bleak Teeth has said that he turns to art as a coping mechanism and we must admit, that translates in such a raw and beautiful way. His work says a lot by saying so little and it’s so brilliantly mad that we Mad Swirlers simply couldn’t resist. ~ Madelyn Olson