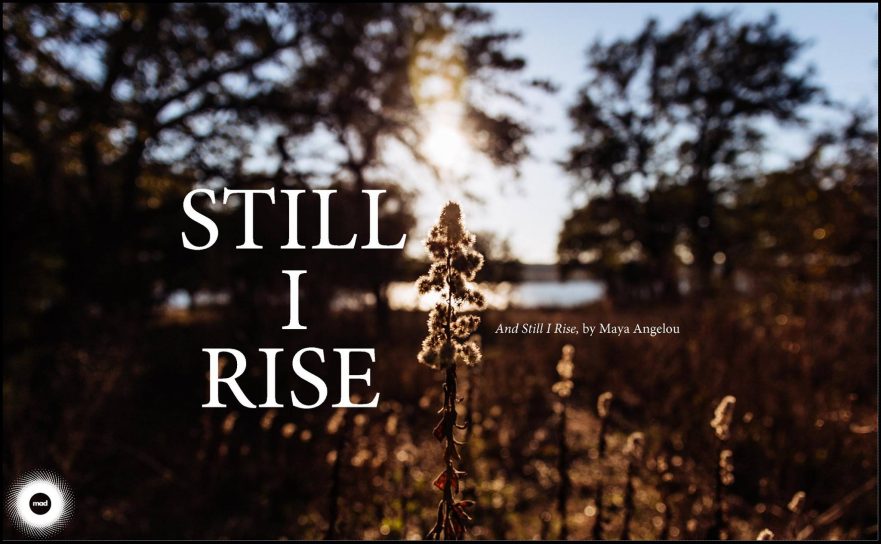 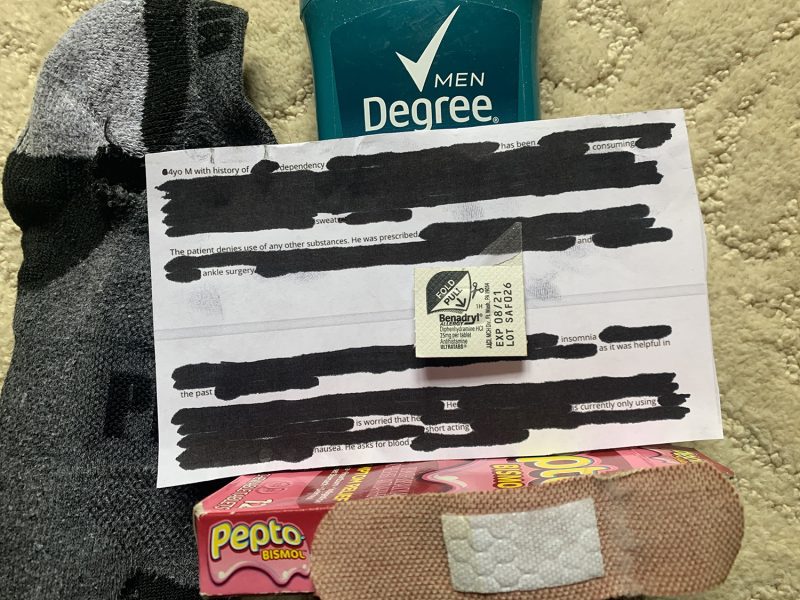 There Will Be Blood – Charles J. March III

To witness more of Charles’ curious collage collection, as well as our other former featured artists (over 50 in total), take a virtual stroll thru Mad Swirl’s Mad Gallery!

This past week on Mad Swirl’s Poetry Forum… we flew high at a bullseye; we dampened our dread over rising from dead; we cleaned the mud from a trail of blood; we split the splinter of blue blown winter; we stumbled down with colorful clowns; we stood in the misery stop, squeezed out in the sphincter drop; we fractured funny on art for money. We break it to make it, whether cloudy or sunny. ~ MH Clay

You always laughed at folks who talked about money
and I remember many, like the time we went
for dinner with the composer husband and poet wife

and I was talking with the poet about money,
how we might make some because we had so little
and the composer was whistling part of a symphony

your verse was far better than worse, and then the time
when we were sitting with friends drinking beers
at the back of a narrow rock and roll club and we’d

editors note: No, it can’t buy happiness, but groceries are good when you can get ’em. – mh clay

Are we nitwits gone wool-gathering? The Twin
Towers have been resurrected in honor of
those who profit from the crusades, day traders
selling short on human misery: Blackwater,
Haliburton, Raytheon, Lockheed-Martin,
Kellogg, Root and Brown. Say their names.
Know their stories. Disarmament does require
amputation. Put down your thing, your cricket
fiddlestick, piranha rollercoaster, downstream
parabola, euphonious stinkhorn. Can’t we co-
exist in this self-same world without eliciting the
throttle reflex? Beach sand blown south
exposes a sea lion’s corpse, mummified head,
and upraised fins. Come out from that board
room and dip your ladle into this soup kitchen
melting pot. We must proceed to the next life
through the same convulsive sphincter. Labor
need not be drudgery but business always
requires an ethical compromise. Tread lightly
now like a conversation between old friends
who disapprove of each other’s marriage.

All I can think of recently is
Wonder; wondering on the idea of a lay
Something that ain’t happened in a fairly long time, or
The idea of a move, maybe
Out of this town and onto a new adventure
As this place runs dry of fun, of continued inspiration.

Now whenever I venture out on the streets nothing
Surprises me anymore, so blasé have I become
About all the weird sights tourists actually come
Here to gawp at. They come, sit, eating or drinking
Pointing at all the wonderful, yet now dull to me,
Colourful characters that promenade around
This town.

The idea of a woman reached a peak just last week
As I ran home, drunk as hell, from the pub leaving
Friends drinking, as, salivating, my horniness grew too
Much! I needed a release and it soon came on down,
If you’ll pardon the pun,
With the thought of a red-head beauty running through
My mind; it’s the closest I’ve been in months.

Sitting here now I feel oddly bored but happier
Than I’ve felt in a long old time but this boredom of
Routine has suggested it’s maybe time to move on,
Find a less expensive town where I may have
The time to write, drink, smoke, and, who knows,
Maybe get that lay and work maybe just a couple of
Days a week giving me the much-needed chance
To just waste some goddamn time.

editors note: There it is! We’re all looking for a place for a good waste of time. – mh clay

Winter with you by Chaaru

it arrives one blushed evening
an elfish blue noon dreaming
on a breezy nip, with a quivering clap;
it ambles stealthily in our stolen talks
settles on the edge of the coffee-pot,
listens musingly the hummed refrain
you enjoyed yesterday at Dover Lane,
blows wafts off delectable pastries
of strawberry scones, and savouries,
nudges us to the long, long nights
of silken covers doubled up twice
where winter rings in a crisp rhyme,
about the long work of a short day
and how we meet for just a short time.

editors note: If one must shelter in place, best do it (like this) with grace. – mh clay

Trail of Blood by Richard LeDue

The quiet among snow bent branches
tries to tell us how footprints usually go in circles-
our tracks barely worth sniffing
by hungry wolves who know dogs easier prey,
while we fall asleep watching TV,
microwave popcorn on Friday nights,
sleep in on Saturday mornings,
only to complain about our beds being too soft,
and sometimes Sunday is a hangover
or 7 AM, staring out a window
at trees, swaying in a winter wind,
not sure if they’re agreeing with or mourning
the years consumed by a silence
we try to silence, yet it’s louder
than any crying from an unplanned newborn,
laugh track we smile at every Thursday at 6 PM,
or World’s Best Dad mug dropped,
destroyed by the same child who gave it
five Christmases ago
(our swearing muttered as sweeping up shards,
afraid of cutting feet,
leaving a trail of blood we’ll have to clean up too).

editors note: Leave it like you found it; no tracks, no one here. – mh clay

editors note: For that thing, we crave and cringe together. – mh clay

the magic toast was the bird
that glass is the cheese

the seal of the star
to sleep when I say fish

not a serf light
that cold arrow is the number

editors note: That number hits the target which circle are we. – mh clay

This week’s featured short, “The Hotel Frasina“ comes to us from Contributing Writer & Poet, Bruce Mundhenke.
Here’s what Short Story Editor Tyler Malone has to say about this week’s featured tale:
Home is where others still hold memories.
Here’s a few steps down this memory lane tale of yore to get you on your way: 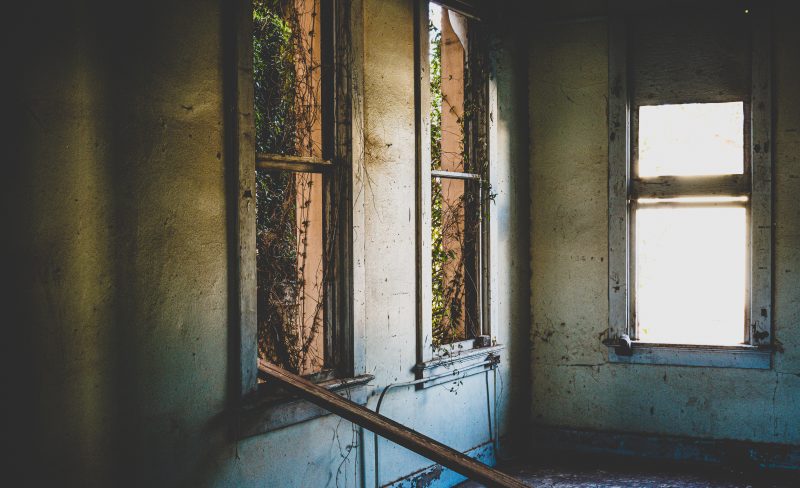 (photo “What Was Once Here Isn’t Home” by Tyler Malone)

There is only a parking lot now where the Hotel Frasina once stood on the corner, just off the square, in the little town where I grew up. It was first opened in 1893 under the name The Antlers. Then, in 1946, it was purchased by Dominic Frasina. He renamed it Hotel Frasina and remodeled the elegant dining room as well as the cocktail lounge, which he called the Zebra Room. Both were frequented by people in town on business as well as by locals.

As I looked at the empty lot where it once stood, memories of the two years I spent at the Frasina came back. The two years I lived there were a pretty wild time of my life. Also, pretty unproductive time, too. In the 1970’s, I rented a room in the hotel. At that time, it was managed by a very cool, nice looking woman named Chris. She also lived in the only apartment at the hotel. Her and her friend Melodie, who was the owner’s daughter, spent a lot of time partying. Those girls were moving in hip, out-of-town circles. They were following bands like Cheap Trick before they were well known. Me and my crowd were into bands like Led Zeppelin, Pink Floyd, Bob Sieger, and many other bands whose music I now call fossil rock.

The entire second floor was rented rooms, except for the apartment Chris lived in. The ground floor and the third and fourth floors were strictly off limits to renters. The rental rooms had a bed, a rather large closet, and a good sized bathroom with a shower. All were very sparsely furnished. There were times when Chris and Melodie would be out of town, in Chicago, or following various bands somewhere else. At those times, there were five of us renters who would leave our doors open and have parties that would last all night sometimes.

You came this far, go & get the rest of this nostalgic read on right here! 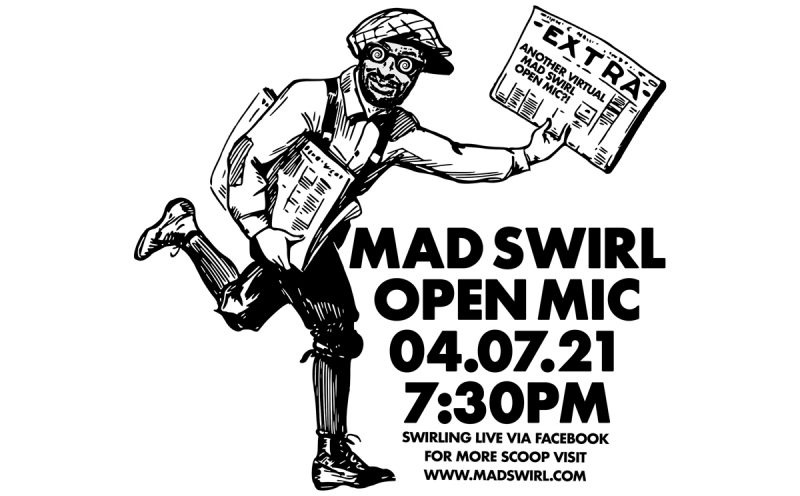 Join Mad Swirl this 1st Wednesday of April (aka 04.07.21) when we’ll once again be doin’ the open mic voodoo that we do do virtually via Facebook LIVE!!

EXTRA! EXTRA! READ ALL ABOUT IT!
The Best of Mad Swirl : v2020 is available right HERE! 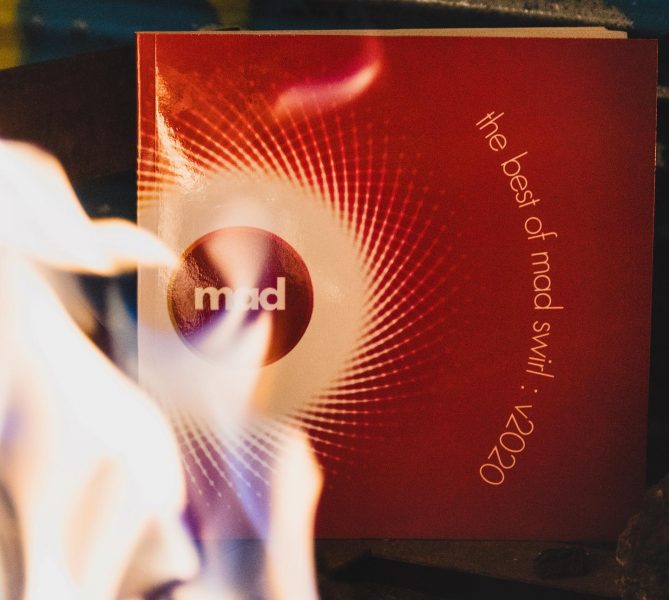 If we’ve enticed you enough to wanna get you your very own copy of “The Best of Mad Swirl : v2020” then get yours right here!