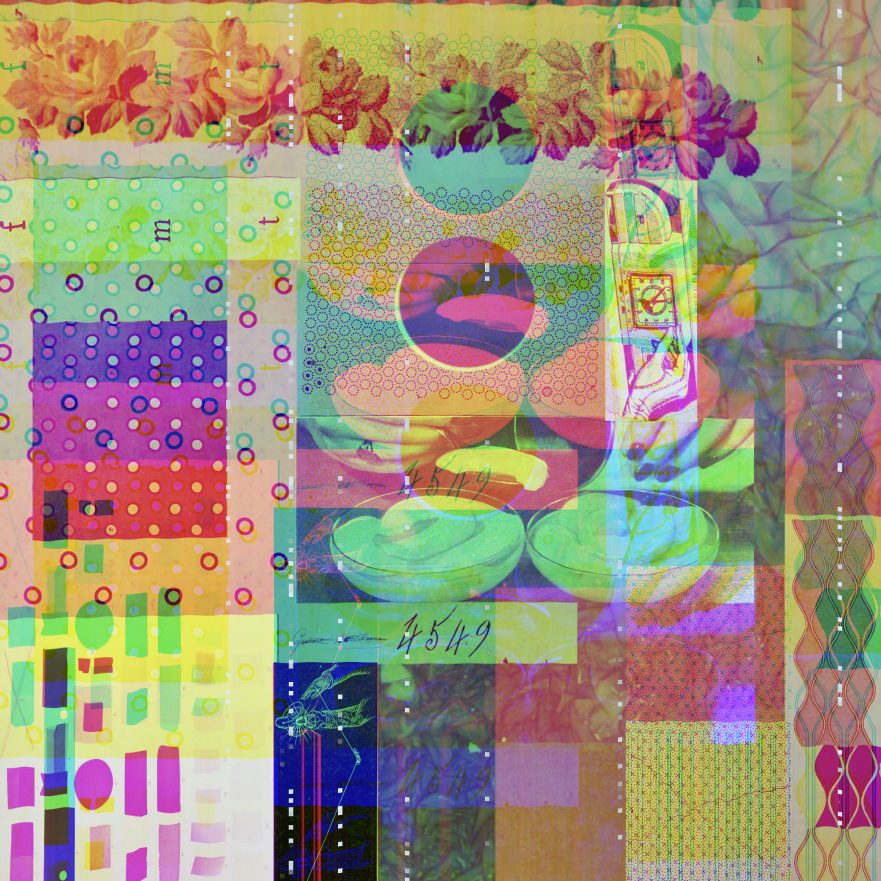 “What the imagination seizes as beauty must be truth.“ 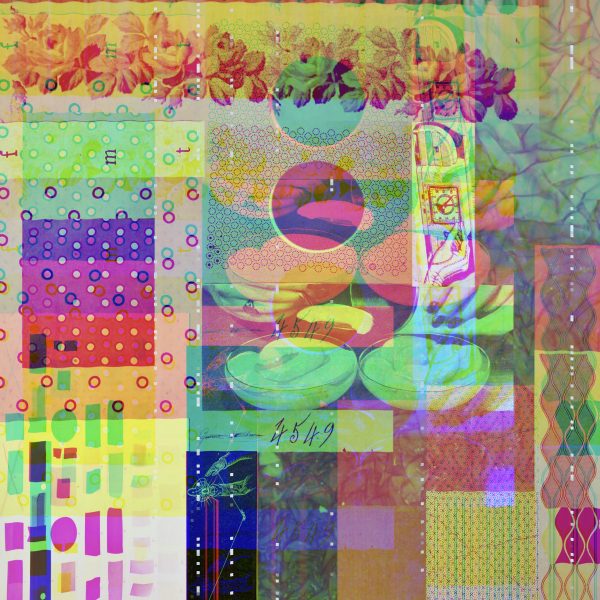 With this one we close out Patty’s featured run. Stay tuned for a new canvases to color our Gallery walls real soon!

This last week in Mad Swirl’s Poetry Forum…we plied demand for toe and man; we didn’t despond to go “if” beyond; we slowed the pace in a puff of face; we memories stirred to nix Mister from Sir; we upped to our own with biases blown; we socked drop flashed to a whole curdled dash; we took a mad flyer on a mad queued buyer. We all pay for what we say. Get in line. ~ MH Clay

by the way. by Tanner

what’s that?
you’re in a rush?

I’m pretty busy myself:
I’m the cashier you hate
who scans and packs your stuff
while you have a go at me
about the quality
and the price
and how long you’ve been queuing.

and you’re not the only one
to complain about these things
and guess what?
IT REALLY SLOWS ME DOWN.

I’m pretty busy myself
and when I get home
I’ve gotta write a poem.

thanks for that, by the way.

editors note: Turn your frustration into inspiration. What rhymes with wanker? – mh clay

Been talking… by Volodymyr Bilyk

Been talking with O
’bout her Story and
’bout Story of the Eye too,
’cause y’know – gotta start with some pop culture namedropping,
anyway…

and then all over the sudden

We saw some dots comin’
with the train sounds
and then we saw them standing still…
they heard it fly.

“…waiting
for the miracle, for the miracle to come…”
…
and then the overarching booming voice cracks:
(the undermentioned dramatic event of
bother and vex
just passed by).

editors note: Waiting for the other sock to drop (the other dots to come…) – mh clay

Ingots of ideation evolve.
I sidestep
from the unfoldment:
abide by the strokes cinched for me.
It is thick and turbid. While
conversing, one spots the other is misstating.
There is no evidence, no admission.
As the words crowd it is clear-cut.

Grief lays bare their self-centeredness.
Biases in breath flash their fig.
Solo in righteousness, sometimes
activates the upper story
to doubt itself.
Hurrah from the herd
props the purpose.
At some stage it chimes with the core.

Sir
is what we called
the Jesuit scholastics who taught us
Latin, Greek, and the classics
at Loyola Academy
and in return they called us
Mister

When the world weighs heavy upon me
I light up
My feet go from under me
Followed by my legs
Tingling up my spine
Towards my neck
Until all that’s left’s
My face disappearing
Behind a puff of smoke.

editors note: Selfish indulgence or self-care? Let’s have a smoke and think about it… – mh clay

Beyond the “What ifs”! by Kleio B

Through the fog of the past,
The mist of the future;
I see my life through the periscope
Of word said, deeds undone,
Dreams that may come true;
And a fear of,
“What if they do?”

Sometimes reminiscing
At other times repressing,
Pondering about,
“What if…”

I stop!
I halt the mental exercise.
Snub the gainless meanderings
Of my overworked brain.

‘Coz I can’t turn back the clock,
I can’t undo what’s done;
I can only take the learnings,
And march along.

Unbending.
Focused.
Determined to conquer,
Resolute to live;
Accepting,
“I got what I got.”

I move past the cobwebs of doubt.
Towards,
“What I deserve…”
A blissful life
Of knowing and doing the right.

It is okay to falter.
It’s no big deal if I fall;
But I will not fail.
‘Coz my epitaph will read,
“She lived. And she has no regrets!”

This Toe by Luis Cuauhtémoc Berriozábal

How much would you like
for this toe? It has walked
for miles and knows its way
around. There is still a good
deal of mileage left in it.
This toe will never lead you
astray. You could say it is
a lucky toe. It has avoided
the toe tag and arthritis. If
you are not satisfied, you
could send the toe back. If
you could be persuaded
somehow, I could throw in
the rest of the parts of this
man that come with the toe.

Mad Swirl’s featured weekend read, “Do the Time Standing On My Head“ comes to us from, ironically enough a writer named Judge… Judge Santiago Burdon!

Here’s some of the Judge’s testimony: 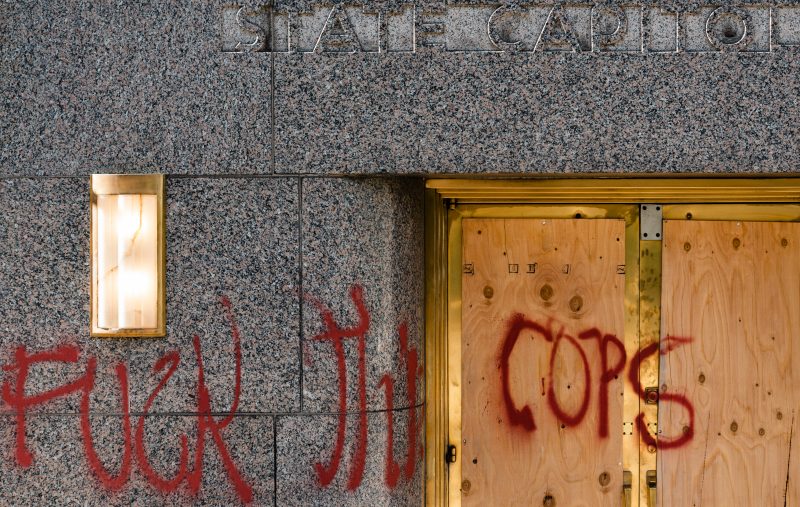 The best result of hearing a police siren when you are in jail is that you know they aren’t after you. Of course then you must deal with the reality that your ass is incarcerated. Los Robles prison near Punteranes, Costa Rica. I’ve resided in gray bar hotels in a few states back in the U.S. and had the hospitality of carceles (prisons) in more countries than I’d like to admit. Taking all into consideration this place is better than most foreign prisons, and much better than San Sebastian prison near San Jose.

But it’s so fucking hot. My body melts into my plastic mattress. Sweat collects in the small indentations left by my arms, legs, head, and ass. Tiny pools of perspiration that evaporate much more quickly than I thought, being in a tropical location. The chant “offi agua offi” is constant and relentless. The officials or guards turn on the water in the cells twice a day without warning. It shoots out from a pipe in the wall with force. There’s a mad dash to pickup belongings from the floor. And we all scurry for plastic jugs and empty soda bottles to fill. The spewing water also serves as the shower. And I have been caught more than once all soaped up and the water gets shut off. Then I am forced to use my water I collected earlier saved in my two plastic bottles. The others laugh and comment with words devoid of encouragement…

Break on out of this tease & get the rest of this read on right here!

Here’s what Short Story Editor Tyler Malone has to say about our midweek featured read:

“How can we feel at home? It’s when we allow ourselves peace, then home follows.”

Here’s a glimpse behind the scenes of his story “White Feather” to get you going: 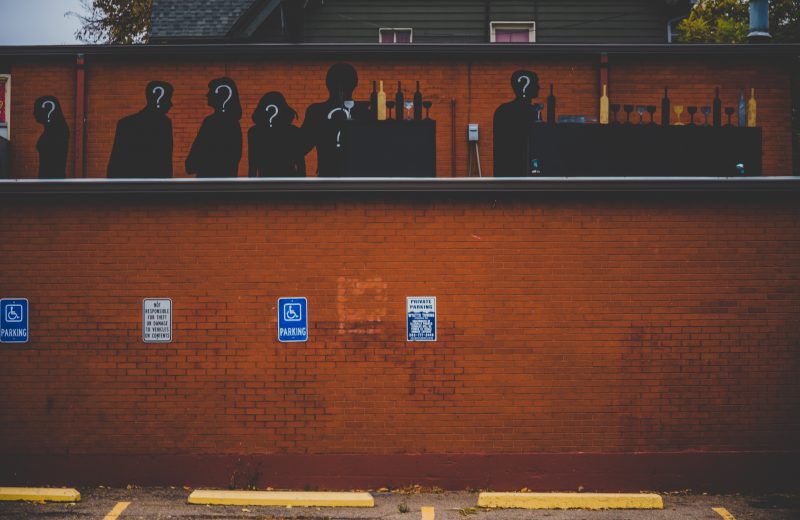 (photo “The Mystery of Me” by Tyler Malone)

The first time I met White Feather was in the ER. I was an RN on the psyche floor of our hospital. I was a floor nurse, working the Special Care Unit, or the “locked side,” as we called it. I was often asked to come down to ER to help with patients that were combative, for whatever reason, including mental disorders and alcohol withdrawal. Often, I would help them with the paperwork that was always involved with involuntary admissions.

He was sitting in one of the small ER exam rooms. He wore faded denim overalls, an old flannel shirt, and on his feet were old, worn work boots. His hair was long and curly, with some gray in it. His beard was full and bushy, also some gray. He spoke slowly and deliberately, but it was obvious that he was becoming agitated. He was telling the nurse who was talking with him that he needed to get back to his “place.” They asked me to talk with him and see if I could get him to sign a voluntary admission form. He had been in three different nursing homes within the last year. He had injured staff in two of them. I had been informed before talking with him that his name was Thomas Sinclair, but he would only answer to the name White Feather…

Get the rest of Bruce’s read right here! 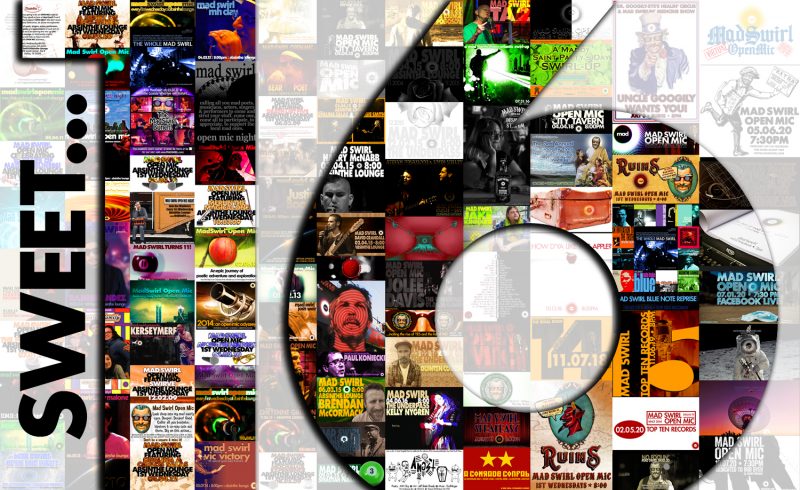 Join Mad Swirl Open Mic THIS 1st Wednesday of the November (aka 11.04.20), as we once again whirl up the Swirl VIRTUALLY, opening the mic for all you Mad ones out there! Maximizing the powers of technology & broadcasting from Big D & blastin’ off into the interwebs!

Starting at 7:30pm (CST), join hosts Johnny O & MH Clay, along with Chris Curiel’s jazzed-up Swirve as we get this madness Swirlin’ via Facebook LIVE!

This month we will be celebrating 16 years of mic madness!

Come to be a part of our collective creative love-child we affectionately call Mad Swirl!