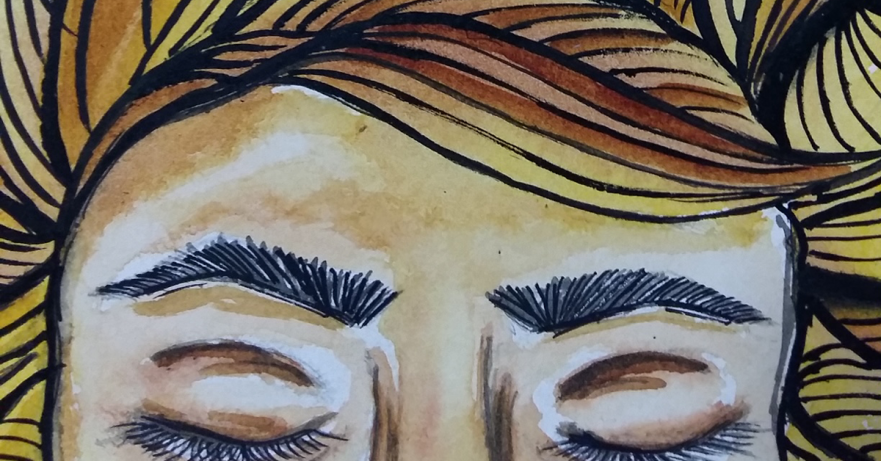 “This world is but a canvas to our imagination.” 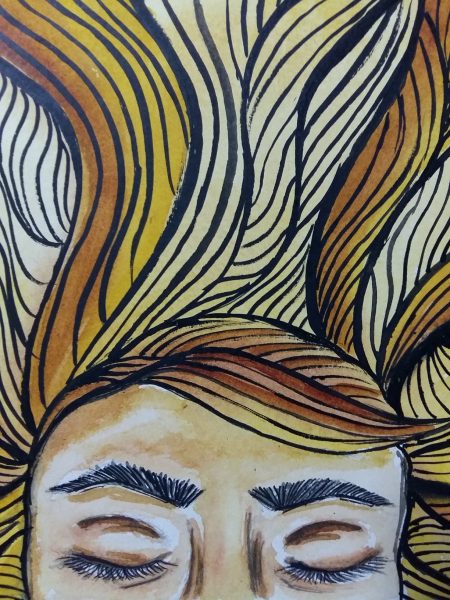 See all of Sufia’s ponderous paintings, as well as our other former featured artists (50 in total) at Mad Swirl’s Mad Gallery!

This last week in Mad Swirl’s Poetry Forum… we made love mint with a new blueprint; we lived rough but had enough; we left a lodging for reverie dodging; we restrained our condemnation of another’s isolation; we muffled his shouts when the woman spoke out; we learned to appease an anxiety disease; we questioned the plan with a checkout man. Make new, make do, turn to, lighten up, listen up, chill out, voice doubt; so much to say in seven days. ~ MH Clay

Another week done and i’m just about
Done, done with all this nonsense of a
So-called lock-down that means people
Can come to my shop not just the one
Time but two times for all their bottles
Of wine, their bottles of gin and hell
In one case today a guy who stole a hell
Of a night self-isolating. Two
Four-packs of cold beer, a pizza and
Some dead animal meat and all paid
For with a spit right onto my, own
Supplied, protective face-mask the
Boss had told me i couldn’t wear at
The start of my shift.

‘No way,’ i said to him, ‘there is no
Way i’m going on those check-outs
Today without one,’ and with that
There was nothing he could do or say
And all i can say is thank fuck i did
Stand my ground as i really don’t
Fancy getting infected by something
That can ultimately kill this poor
Minimum-wage hero. I hear that
A lot at the moment, ‘oh,’ they say
‘you’re doing such a great job’
‘what would we do without you great guys?’
To which i think, well it’s simple
You’d all die of starvation or just
Order online or shop someplace
Else.

I so wish they would as just two
Weeks in and talk now of this going
Six months longer and all i can
Dream of is writing imaginary
Letters of resignation again as chaos
Beckons out there as soon as they
Realise their plan ain’t working and
Even more drastic measures need to
Be taken. Come that day this town
Will surely go insane as limits are
Imposed on everything from bottles
Of wine bought to minutes spent
Outside in any one day and you
Know what goes down then will
Surely only conclude in chaos
Madness and the always threatened
Street violence.

editors note: As they push the limits, gotta find your own. Keep peace, if you can. (Read another mad missive from Bradford on his page; an alternate approach to distance.) – mh clay

Time to Escape by Walter Ruhlmann

For roughly two and a half hours
life stops somehow, put in stand by,
the existence between brackets –
a necessary pause to confront
all misery erupting like giant snakes
from the flat, shimmering rectangles.

Soon greyish stems sprout like twisting worms.
It won’t be long before dark, fanged flowers bloom,
each foraged by electric bumblebees
spreading the anxiety disease at light speed.
So earphones plugged in, lying under soft and warm
blankets of living cat skin, eyes closed, we nap.

editors note: What to do when overcome. – mh clay

I am midway through my point in a debate
when chauvinism interrupts and shouts
feminist
like it is meant to be an insult
I push my glasses up on the bridge of my nose and keep talking.
He shouts again, telling me
you want all men to die
I push past and finish my point anyway.
And his words ring of everything I will keep fighting against

I am eight years old when sexual harassment puts its palm to my face and says
you are so beautiful it is a shame
your father must be so ugly
And his words sounded like 332 female gymnasts,
80 women in the film industry,
And 17 with their skeletons in a White House closet
And every reason I cannot be silenced.

“If you can hide it,
You don’t belong here.”
I feel adrift,
Unseen,
Rejected
For a love I can’t control.
I can’t control my
Love
Any more than you can control
Yours.
But I get it.
I look
“Normal.”
It’s the
Pain and Ostracization
That bind you.
My
Loneliness and Isolation
Don’t count.

editors note: There’s a thought – what’s (who’s) behind those actions you claim to abhor? What is Empathy? – mh clay

… Leaving, she saw them eat
Her words and
The left-over gravy

In that comprised tumbled-
Down shack where
The hawk-weed grows

But doesn’t erase
The colour
Of absence – or

The stony telling
There by
A turnstile gate

As she, still with
Her smiling
Beauty on

Waved an even darker
Reverie
Aside.

editors note: Leave your reveries (and your recipes) behind. Ascend! – mh clay

he, ate the pet rooster
raised week old in the menageries’ rabbit warren
school kids clambering to swap jam sandwiches
for a bite

editors note: How much is enough to make YOU happy? (We welcome Jean to our crazy congress of Contributing Poets with this submission. Read more of her madness on her new page – check it out.) – mh clay

Love needs a reno. Not just a lick of paint.
Strip the walls like bedsheets. Sand the floor.
Knock holes, not boots. Disinfect old stains.
Raze the outhouse, keep the shit out there.
Uproot old memories. Print a new blue plan.
Air out every room and start again.

If you’re rootin’ around for a short-short story, this week’s porkly featured Need-a-Read weighs in at 366 words!

Here’s what Short Story Editor Tyler Malone has to say about “Pig in a Poke“ by Frank Modica:

“What are you if all you’re concerned with is bringing home bacon?” 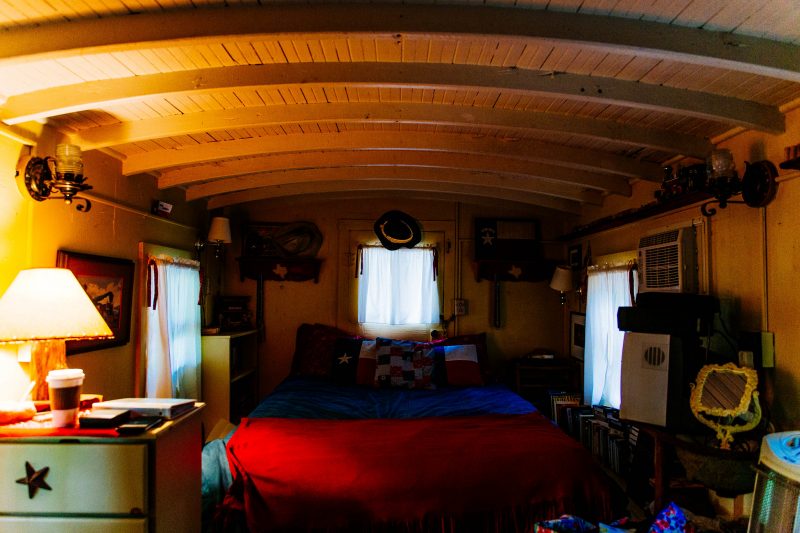 (photo “Slice of Once Life” by Tyler Malone)

Get this boar of a read on right here! 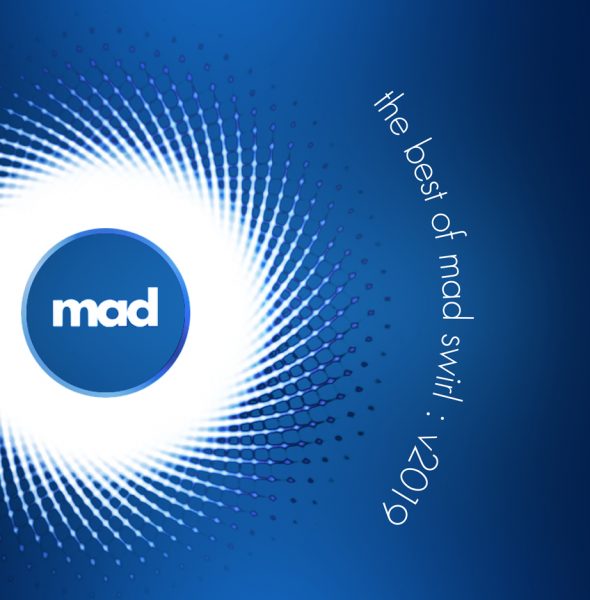 Mad Swirl’s 108-page anthology features 52 poets, 12 short fiction writers, and four artists whose works were presented on MadSwirl.com throughout 2019. We editors reviewed the entire year’s output to ensure this collection is truly “the best of Mad Swirl.” The works represent diverse voices and vantages which speak to all aspects of this crazy swirl we call “life on earth.”

If we’ve enticed you enough to wanna get you your very own copy of “The Best of Mad Swirl : v2019” then get yours right here!