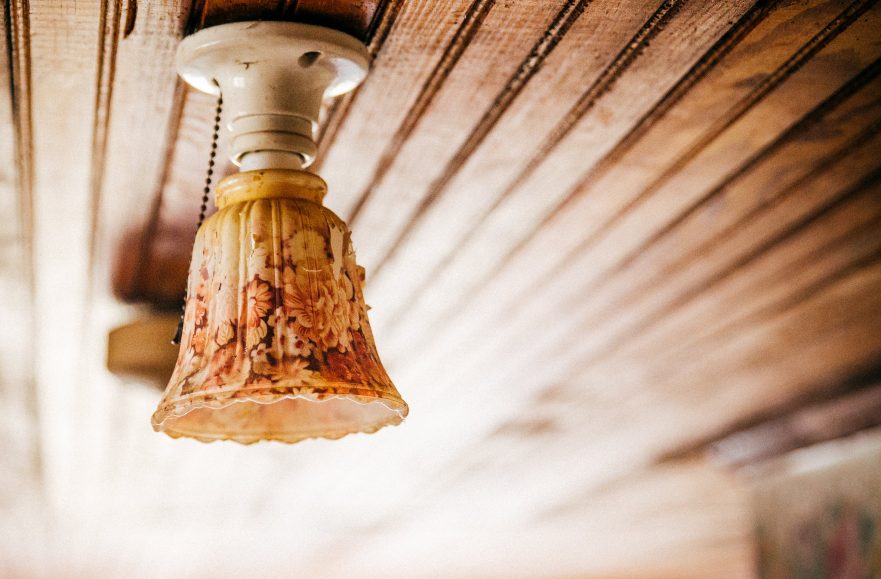 “Art is all in the details.” 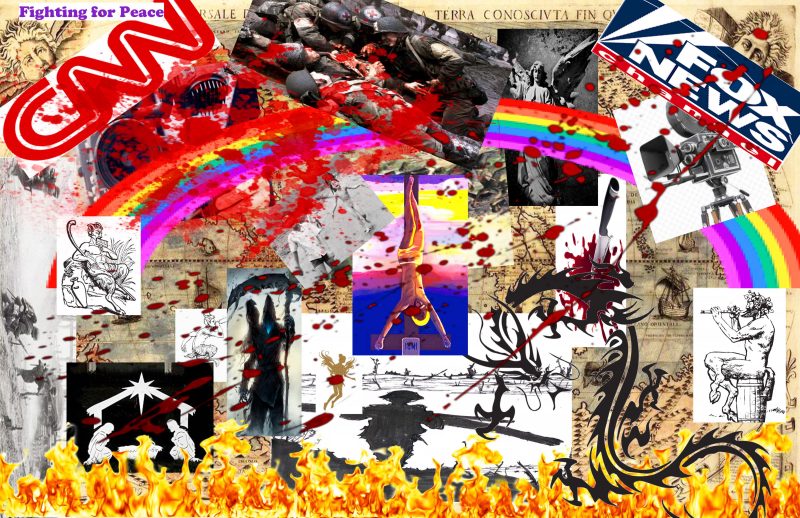 This last week in Mad Swirl’s Poetry Forum… we longed to fill the hollow left by a passed love to follow; we laid no blame to draw love’s game; we watched a picture taker, shoot ’em now, puzzle later; we kept our sense of poise while overcome with noise; we let dance mythology cure our mad pathology; we got a recluse painter’s view of the ghostly she in me and you; we heard a grafter’s proud discourse, from “Jack-The-Lad” with no remorse. Write it like you mean it, at both ends and between it! ~ MH Clay

Up N’ Hustlin’ by Paul Tristram

This pocketful of dodgy sunshine
was not developed
via the nuances of patience…
I’m a Street-Grafter, innit.
I’ve got a ‘Heart Of Gold’, mate,
in fact, I’ve two of ‘em…
I acquired one Debt Collecting,
and t’other bleeder’s
just lodging at me gaff, like,
whilst a tea-leaf acquaintance
wastes his days on Remand
awaiting poxy final Sentencing.
‘The Early Bird Catches The Worm’
I was told, as a nipper,
back in Reform School.
I ate that ‘Bird’ between two
thick slices of half-inched bread
which the local Magistrate’s wife
had cooling on a back windowsill…
and I’ve been a-livin’ by me cheek,
and very own ‘Jack-The-Lad’
codes and morals ever since…
so stick that in yer pipe and smoke it!

editors note: Look for Jack-the-Lad’s “Tips and Tricks Toward Peace and Prosperity” in your local bookstore (unless you’re trying to quit smoking). – mh clay

Remembering Toulouse by Fabrice B. Poussin

It has been another night in the corner
watching upon a distant crowd inches away
deafened by the constant din of the darkness.

She cannot recall the stroll in the mist
against the blinding eyes of steel monsters
as again she sits alone nursing her priceless poison.

Dressed with the patches of her private treasures
she seems a stranger in a smoky cloud
surrounded by the thunderous clamors of the mob.

Statuesque in the pose of a scared child
a halo shapes her uncertain presence
she stares in search of another world.

She is the void left after the ghost has vanished
frigid within the fiery smog that was once her
everything which defines the essence of others.

The ancient Greeks relied on
the many uses of ecstasy.
It brought lovers together
erasing boundaries of bodies
fostering intimacy and trust.
It brought the gods closer.
It brought flashing-thighed
Aphrodite, Eros, the persuader,
and the trickster Dionysos
inside a lover’s body
possessing the will
forcing every lover to yearn
for desires beyond reason.
Also, the ancient Greeks believed
that ecstasy could cure
the most pathological madness.
For such a case, the Corybantes,
a troop of fierce fighters,
would be called to dance
frenetically in a circle for hours
around the suffering patient
to the haunting flute’s melody.
The menacing Corybantes
would dance in full armor
leaping wildly through the air in a trance
clashing their shields with spears
making threatening gestures
with their razor-sharp swords
and screaming invectives
as if they were berserk
for the blood of the enemy
until with all their rhythmic swaying
and with all their frenzied whirling
madness was healed
through a shared ecstasy.

editors note: Instead of a singing telegram, send the Corybantes to your troubled friends or family members. Madness healed. – mh clay

A vague diagnosis
with a thousand and one
possible causes.

I soothe myself
by saying it’s just
the voices in my head
urging me to do
heinous
unthinkable things,

but doing so
at a ridiculously high
frequency.

Could be voices
that were intended for
Sparky’s head
and ended up in mine
by mistake.

Which might be a
good thing
come to think of it.

Sunday in Bushwick by Marianne Szlyk

No one touches the bricks,
as if fingertips will make them disappear.

On the next wall, liquid white flowers
and thick purple leaves sprawl.
No need to puzzle over them.

Let us play out a stalemate.
I know,
my silence is not properly punctuated.

Please wait in different stations
of understanding.
Observe
and assess your judgment
until love whistles.

Let us resume another game
after each game.

Take Me Too by Carl Palmer

I speak her name.
She returns with a start
from where she’d been.

I clasp her hands,
find them cold,
hold until warm.

She turns her head,
gazes past my shoulder
at nothing I can see.

She’s going back
to where she’d been.
I want to come along.

editors note: With two as one; together is here or there. – mh clay

Here’s what Short Story Editor Tyler Malone had to say about this tale with a romantic twist:

“Here’s where we are: carrying nearly forgotten names of those who are almost ghosts into an uncertain future. Expect haunts. Maybe in hotels, maybe on streets, maybe in the mirror too.”

Here’s a first glance at “A Second Chance“ to get you warmed-up: 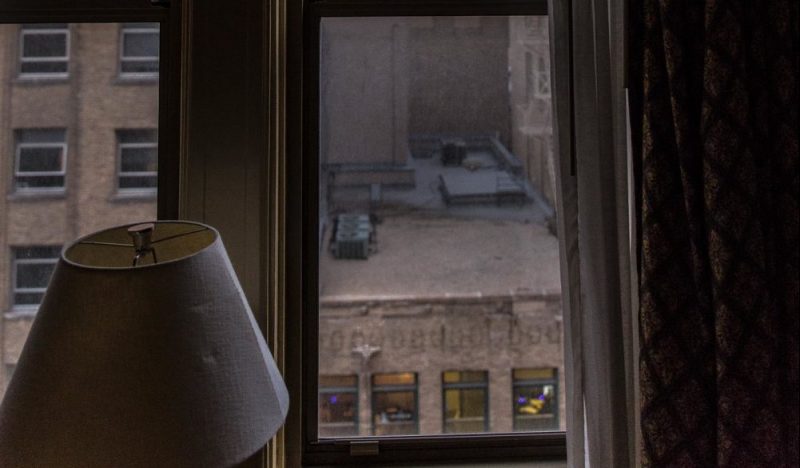 The last day of the Bi-Annual Industrial Fraud Conference had gone as poorly as the first two days. The unseasonably cold weather, the economy, an escalating series of unfortunate events had left Riley Babcock exhausted and defeated. It was his last night in Vegas, for God’s sake, but all he wanted to do was retreat to his room. At least he wouldn’t be hungry.

Riley slid his room card into the slot, walked into the small suite, set the bag the caterer had packed for him on the table, and slipped the brown calfskin backpack off his right shoulder. He took off his shoes. He loosened his tie but didn’t have enough energy to take off his suit coat. He went to the small refrigerator and pulled out a can of Fat Tire Amber Ale. Before he could open it, the room phone rang.

Riley was tempted not to answer but he reminded himself: I’m the adult in the room. Until midnight, I’m in charge. He picked it up on the fifth ring. “Riley.”

“You’ve had a long day,” said a sultry feminine voice. “Would you like a massage? When you’re ready to relax and recharge a little, come into the bedroom.”

“You’ve got the wrong number.”

Get a full glance at “A Second Chance” right here!

“Language, we’d be better off without it. We’d have nothing but time to explain what we really want out of life.”

Here’s a snapshot of “Hometown Breakdown“ to get your feelers feelin’: 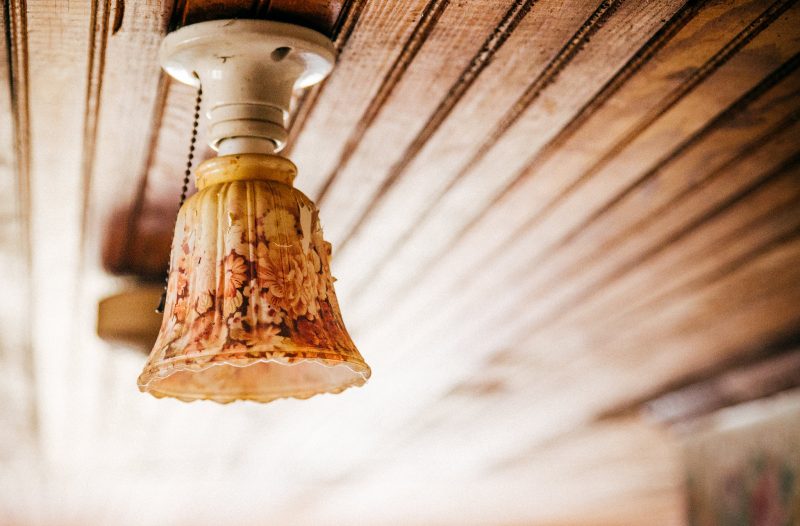 (photo “Lights Out on Old Life”” by Tyler Malone)

Dwayne catches a cab from the bus station to his parent’s home on Salazar Street. Late afternoon sunlight diffuse and mute like underwater light under a gray Kansas sky flickers through a line of darkening catalpa trees. The cab pulls into his parents driveway. He notices his Dad’s silver Cadillac parked in the garage.

He’s ambivalent about seeing his parents but they were getting old and he felt it his duty to visit them more often. For two years he made excuses on the telephone about why he couldn’t come home for Thanksgiving or Christmas. He feels guilty.

Dwayne pays the cabby and tips him five dollars. “Thanks, Dwayne,” the cabby says. “Good to see you again.”

Bobby Joe would go home that night and tell his wife Brenda, “Dwayne Evans is back in town. I picked him up at the bus station today.”

“Really, I wonder what he’s doing back in town. Last I heard he was living in L.A.”

“That boy never gives up. He’s 44 years old and he’s still trying to become an actor.”

Dwayne pulls his orange sport’s bag from the cab’s back seat, walks down the driveway past the red bricked chimney where his brother Gary hid his candy in the ash box. He walks in the back door without knocking as was his custom when he came home in the past. When his mother sees him she stops talking on the telephone and her face flushes because he caught her off guard. Betsy, her toy poodle, barks at him and nips at his ankles. He gives the dog a playful kick.

“Betsy, you stop it now. Don’t you remember Dwayne? Doris, I’ll call you back. Dwayne’s home.”

Dwayne puts his bag down, glares at the neurotic ankle biting dog and walks towards his mother to give her a kiss. She doesn’t let him kiss her, rather she turns her head and they give each other a brief hug…

Dig on into the rest of “Hometown Breakdown” right here!