“There is nothing to writing. All you do is sit down at a typewriter and bleed.” 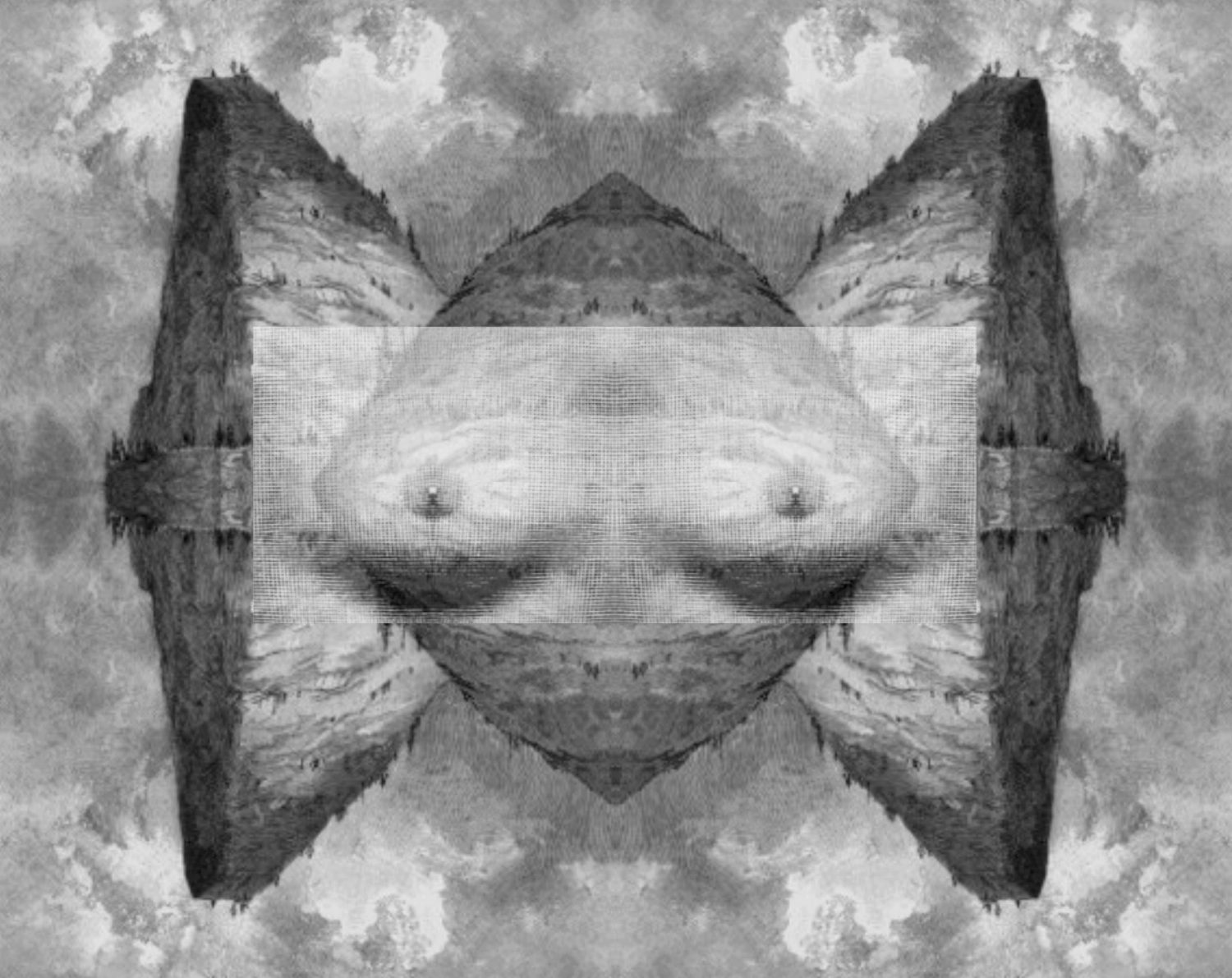 This last week on Mad Swirl’s Poetry Forum… we drew the lines of a grand design; we laughed in the while of a glittering smile; we licked our lips for a sensuous sip; we gave life a roll to blow smoke in the hole; we spoke of Spot and his Gordian knot; we stammered through a song that we’ve known all along; we made random rounds in our lovable town. Sentient citizens, we; we write what we reckon to be. ~ MH Clay

The other day I was due at work but in town
A nightmare awoke and stalked
Me all day, a nightmare of insanity and it all started
As I walked the usual walk I
Take, bored of these streets
Knowing every other beggar out there
And every other thing I pass
That was until when I approach my
Regular for a pre-work caffeine blast
When I see a guy lying prone on the
Pavement and he don’t seem good
As the hordes walk on by I simply
Approach and check his breathing
It’s slight so I reach for his pulse
And it is weak, so so weak and as
I look around the people keep on
Passing, ignoring this poor guy’s
Plight, near death and none caring so
I call an ambulance and sometime
Later it arrives and they wheel the guy
Out as the people continue to pass,
Simply ignoring making me think
Can I really love this town?

I got my blast sorted and was
Blazing away on my last nicotine
For a few hours when a homeless
Mad woman saw me enjoying the
Last moments of freedom I was to
Experience and simply shouted
‘Give me a fucking lighter!’
I look nervously over, our store has
Previous with this demented she-devil
Who’s into the really bad stuff and
Has called the pavement outside my shop
Home for at least two years by my last
Reckoning, I only noticed because at first
I thought her a bit of a looker, a good-looking
Near beautiful dyed red-head, I
Pass the lighter over as she scrunches
Over hiding the last remnants of a
Previously disposed cigarette butt
Desperate for the nicotine to take
Away the desire for her next proper
Fix, the one that is seeming like a
Lifetime away as she sits cowering
Coming down as she finally gets a spark
She passes the lighter back and I
Hurry on in to work for the first time in years.

The first couple of hours pass quietly until
Some tough guy turns up with two really
Tough looking guys in sunglasses and the
Same matching outfits, and the square-off starts as
The tough guy, quietly at first, discusses
Business and I can only guess that this here
Is pure and simple, Mr Big, the boss who
Runs those distribution lines, and suddenly all
Hell breaks loose, it’s like a fight scene in a bar
From some old cowboy movie as bodies are
Pummelled, no one screams though and
Soon we are left with one against the two
Toughest guys and unbelievably they back
Down and go on home. The police arrive
Eventually by which point everything is fine and
The deal has been done and they’ve gone off
To the shooting gallery around the back.

Another couple of hours pass peacefully
Enough and then, with half the road outside
Shut whilst they re-build it again a lone
Homeless derelict drunk in the middle of the
Street, he wasn’t alone, there he was frolicking
With his dog he blocked the traffic up for the
Rest of my shift and I have to admit it made
Me smile, reminding me of the wild freedom
We had not that long ago before we got trapped
Here in this damn gentrifying town, in this
Damnable horrible room in this terraced
House that no one would ever want to find.

editors note: A day in the life; your life, your town, your difference… – mh clay

We Spoke of this Doom Since Kindergarten by Tristan Cody

I am lost in the bog of man

and I’m sitting
inside the satire,
the empire
of hatred
and painted faces.
My backbone
around my neck,
the kids clamped
in kindergarten.

Cadaver cracks, man
munching on the uterus
used – again, again –
plateaus for pain
for bare bone blankets
and the snapping in the hall
is a sign, a blessed sign!
A symbolism of grotesque
growths spewing womb-side
and idolized high upward
beneath the heavenly book
of life, of living peace.

Just seeing
opportunity
in the present.

editors note: It’s not apparent, but obtainable; contentment from this bog of contention. – mh clay

The Night The Incredible Hulk Got Stoned by Jason Baldinger

(For Dan and Margret)

Margret’s laugh is musical
profound as space. four smoke
halos echo in the six
by nine bathroom
if there is any space left
we laugh it full, the
Incredible Hulk traces
laser beam cherry
hand over hand
adults hide from
adulthood in a basement
necks giraffe up to
blow smoke into the hole
in the ceiling that may be
a vent that takes
joy out into the night
there no one knows
the true story of country
music or how to live
your life shambling
beautiful, but we can dream
before the spark is gone
before the air freshener comes
the laughter dissolves
if you’re out there Bruce Banner
you can be sure we left no trace

editors note: For all of us, this trace; smoke blow, through the hole, laughter full. Yes! – mh clay

Your heart is aging
Rum in a barrel
Fit for Kings.
Quench my thirst
With dances on
The cobbled
Streets and sand.
Fill my cup with
Your breathing
Tide, and bring
Your tipping
Heart against my
Gentle lips.

editors note: You gotta go somewhere, risk something (your heart), to drink this vintage. – mh clay

When I open my eyes
I see glitter exploding in shards
And I hear gran’s voice telling me
I’ll never be able to get it out of my clothes
When I shake my head a little
To make sure I’m still here
The glitter explodes out of my hair
To mine and everyone else’s astonishment
And suddenly it’s like Christmas
And people are gleefully throwing
Fistfuls of this stuff up in the air
And sparkly glass shards bloom
Out of nowhere, they adorn our surroundings
And then I see gran
She’s standing across the room, smiling at me

When he whispers incantations
Across the ceremonial pit
In late winter
The last snow-drift orbits
The tree tops
Like smoke
On a morning stroll
Headed towards
Infinity’s skylight.

Praise abounds. The sun soars.
Raven gives
A jocular
Caw matched only
By the smiling Elder
Who has
My father’s eyes and more.

With hands wide open – we
Spread the wealth.

editors note: Add double the bubble to your toil, no trouble. Magic as money to spend on you. – mh clay

Need-a-Read? Then you’re aiming at the right post! Contributing Writer Bruce Mundhenke‘s modern-day telltale “They Came“ is sure to not fail.

We all have angels buried in our backyards, but really, they’re just bodies.

Here’s a teaser to get you goin: 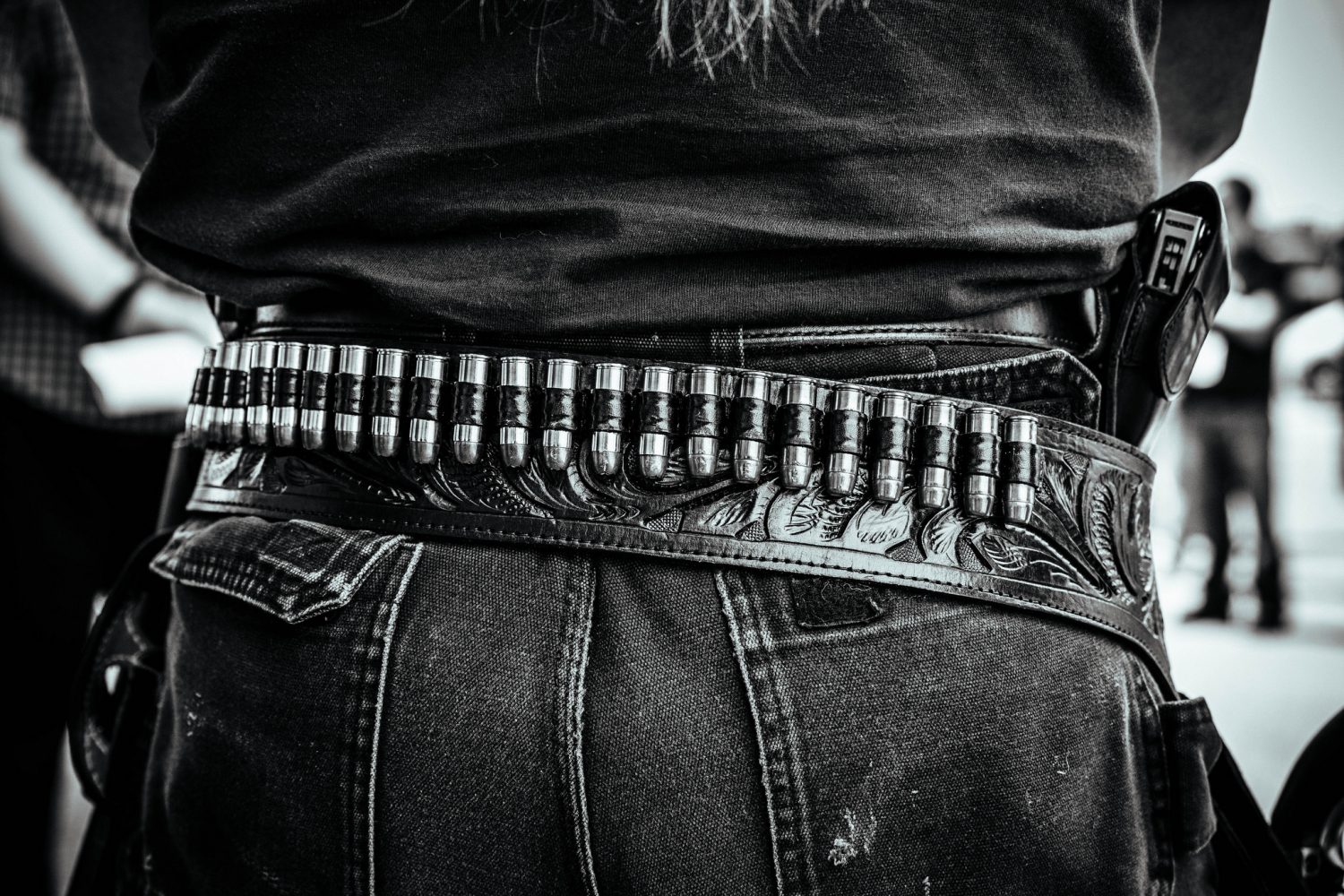 He knew most of the people who had been killed. Except for one guy who was known for his piss poor treatment of anyone that crossed his path, Terry could think of no explanation for most of the murders. It seemed to be senseless. People run over by cars, stabbed, shot, or strangled. Old lady Johnson, who was a happy old gal who would help anyone had been found drowned in her bathtub. There had been signs of a struggle. She lived right down the street from Terry.

His girlfriend had left him about a month ago, after he was laid off at the warehouse. It was kind of depressing. She had left her cat behind for Terry to take care of. He was not a cat person, but really, the cat was a lot easier to get along with than Jody. Cleopatra slept most of her life away.

His buddy at work had been talking about the strange look he was seeing in some people’s eyes, just before they had been laid off from the warehouse. Jim told him that a lot of people around town had been acting weird. They weren’t only acting weird, thought Terry, they were killing each other.

His mom, rest her soul, had always told him that one day evil would completely overcome people and the world would become like a living nightmare. Terry always thought that she was just getting older and focusing more on all the bad things happening in the world. Lately, he wondered if maybe she knew what she had been talking about.

He fixed some supper and ate, then he watched a movie on AMC that he had already seen before. He started to watch another movie, but when it was about half over, he caught himself dozing off in the recliner a few times. He shut off the television and headed into the bedroom. Cleopatra had beaten him to bed. She was already curled up asleep…

Aim that mouse at the link below & get the rest of this read on right here! 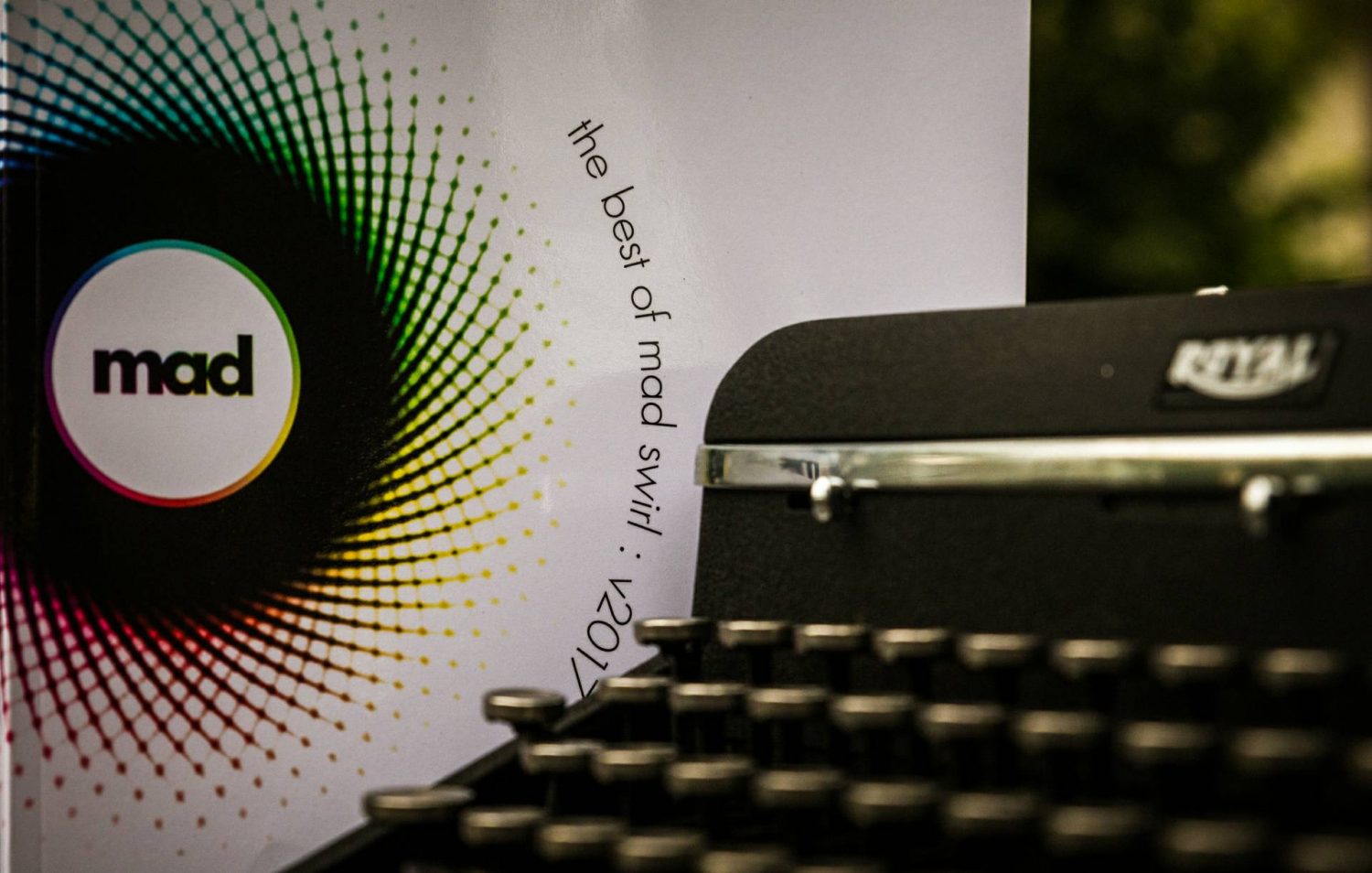 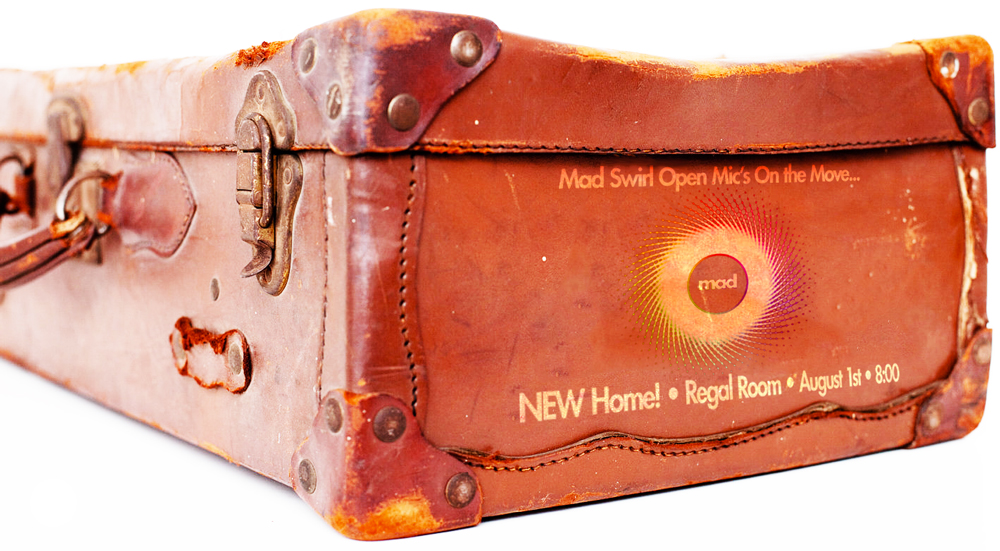 This month, besides breaking in the new digs, we will be showcasing the local and worldwide works from our “Best of Mad Swirl : v2017” Anthology!

For you ‘bookers out there, check out our Facebook event page to get you a spot on our list! 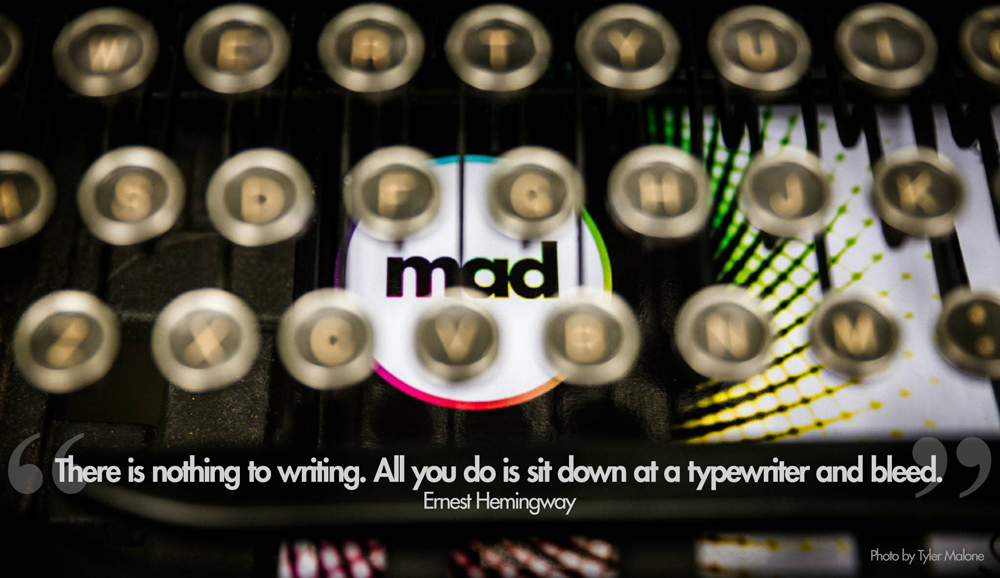