“You’ve got to find some way of saying it without saying it.”
Duke Ellington 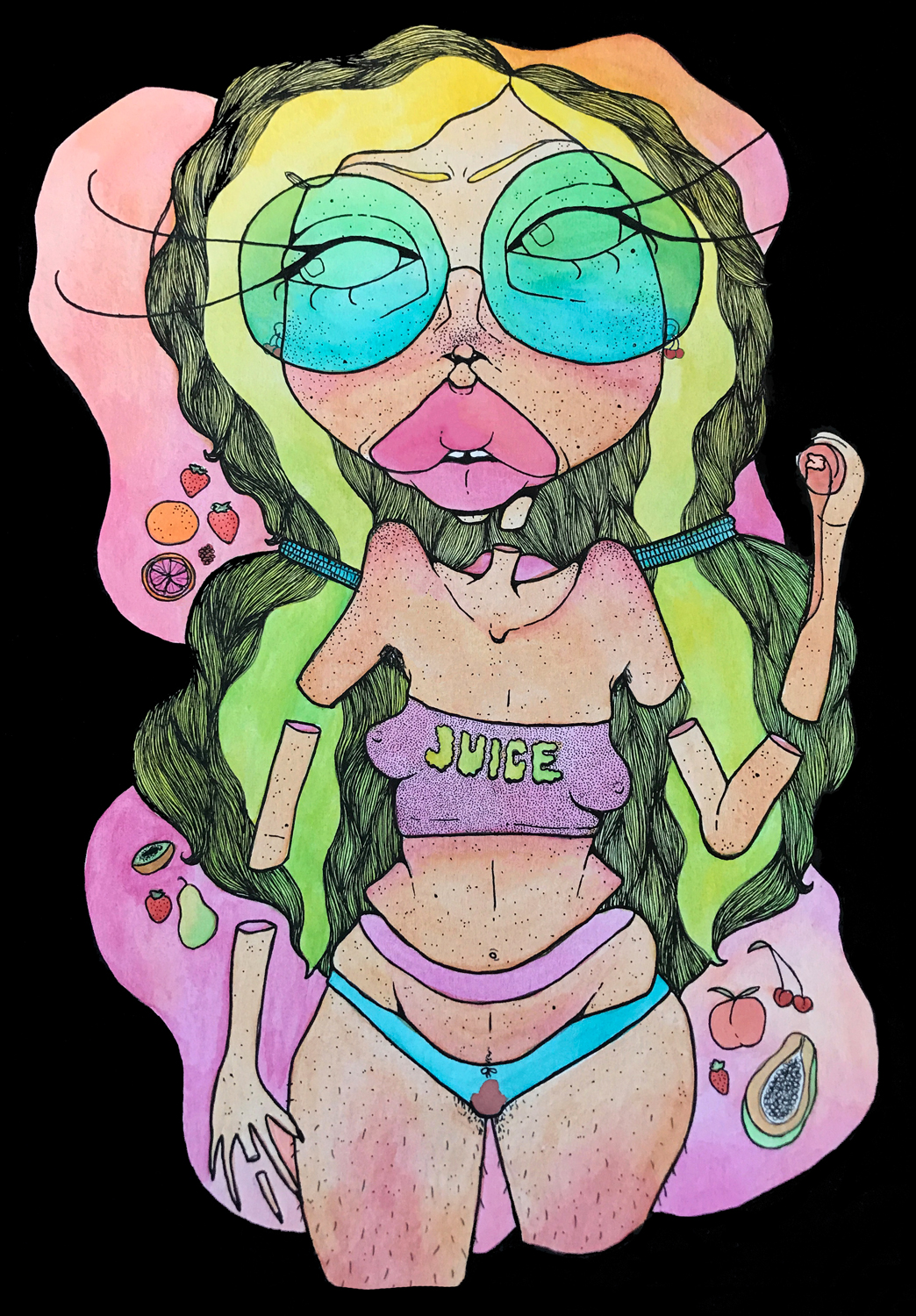 “she’s a peach” (above) by featured artist Madelyn Olson.

To see more of Maddi’s mad canvases, as well as our other featured artists, visit our Mad Gallery!

This last week on Mad Swirl’s Poetry Forum… we shed drops of blood for fall of night; we ran afoul of a red shirt’s plight; we laid life bare, layer by layer; we looked at life as star-shot flare; we drove by past to bring home bacon; we rose from a fall of our own makin’; we broke free from the mesh, from world, house, and flesh. Happily ever now. ~ MH Clay

Tonight I begin to escape a fossil.
It shoulders a trillion stars in its skin.
It slips a black ink inside its voice
and deepens it into words. Stay, it says.
Stay, and be born here, be thrown a wheel,
be whispered out through the maple leaves,
be fathered and be mothered like a soldier
tied to a rifle knotted to a helicopter
frozen to a city where the launchers
count backwards, pretending numbers
sound like names, that aren’t names.

Tonight I stop escaping.
There’s a rose pressed to a glacier.
There’s a devil squeezed into a prayer.
Bees drink their empty honeycombs.
Air siphons their wings. Dirt dances.
And some very busy melting fingers fist-up
like tadpoles sprouting legs inside a stone.
These ask me, home? There’s no house.
There’s no flesh. There’s a voice nodding
down a gun barrel. Oh, closing in.
Whatever the world is. Whatever it is.

editors note: When world is whatever, whatever is woe. – mh clay

After the Fall by James Robert Rudolph

Nimble like a tumbler, like Fred Astaire
you skim ponds in winter climb air
like a mythic warrior you make fleet
your bitch so in repose, rare for you,
you tip your hat in acknowledgement
as your eyes silver with mercury like
rivers in the sun, unstill and bright.

Then offense somehow taken comes
a hard shower from a god’s angry summit
thunder clubs you to a stagger and you are
shocky and jerky sure footed no more
but to pitch and stammer in
still air on even ground.

Now you push a peddler’s cart
on coarse ruts to humble villages of
want and huddle so with your
little carillon tinny and clinking
they come to buy your wares,
handy and redemptive.

editors note: Store up treasure; fall down to sell out. – mh clay

passing Kimmswick Bone Bed
on my drive to St. Louis
(4:30AM on I-55)
traffic not yet bad—
where pleistocene men
that smelled as bad as I will
hunted mastodon—
filthy labor at Pressline Services
to augment adjunct’s pay—
archaic printing presses
dismantling – scrubbing
wallowing in ink and grease
elephantine feelings of calamity
and hunter-provider anxiety
can I trust my girl?
(she didn’t return a text)
god I need this work
(don’t fuck it up)
and knowing what little I do
about human psychology—
bilateral religious Band-Aids
likely covered the same chafed psyches
an inescapably whirling vortex

my eyes are filled with
the perplexity
and moldavite

the memories
collections of the earthy hues
emotions feelings
and photographs

to meet you once again
in multitude
knock-knock…who’s there?
no one

a net
a moon
a pearl

To let go of it all:
Every field where Little Leaguers fly
Around the bases, parents in the bleachers rapt,
And I once announced as a volunteer.

And of the beaches where, in my own clear years,
I merged with the waves, unsupervised for hours,
The sun baking my back and shoulders pink
Until I peeled out of myself in a week.

To let go of the earliest memory—
Elegant lie—that I have woven
Via repetition: the goodbye on the lawn,
His car driving away, into a separate story.

To let go of every image, to divest,
Until, like Adam, naked and vital,
Hair spilling over my shoulders,
I confront a green and unnamed world.

The Force Is Not With Me by Ethan Goffman

I am the guy in a red shirt in every episode of Star Trek
Who dies in the first scene or two.
I am not Spock.
I am not Kirk.
I am not the guest vixen in a low-cut blouse and mini-skirt.
I am Crew Member #3.

In our own minds we are all the hero
A colossus astride history,
Xena, Warrior Princess.

A wise man
who realized his true significance in the Great Script of Life
recently threw himself in front of the morning metro train.

I was late for work.
How thoughtless of him.

Blood of Apostle by Milenko Županović

On the night
a divided
heaven
light
of the Gods
disappears
in darkness
of time.

editors note: Dark indeed when the sent ones pass (everyone is somebody’s sent one). – mh clay

If you’re questioning whether or not you need a read today, question no more because we have the answer! No, really, that’s what have… this week’s featured short story at Mad Swirl​ is “The Answer“ by Harry Mcnabb​!

Here’s what Short Story Editor Tyler Malone​ has to say about this pick-of-the-week tale:

“The answer is there might not be an answer, but there’s something, someone, some moment that can make you feel like you’re figuring out everything under the sun.” 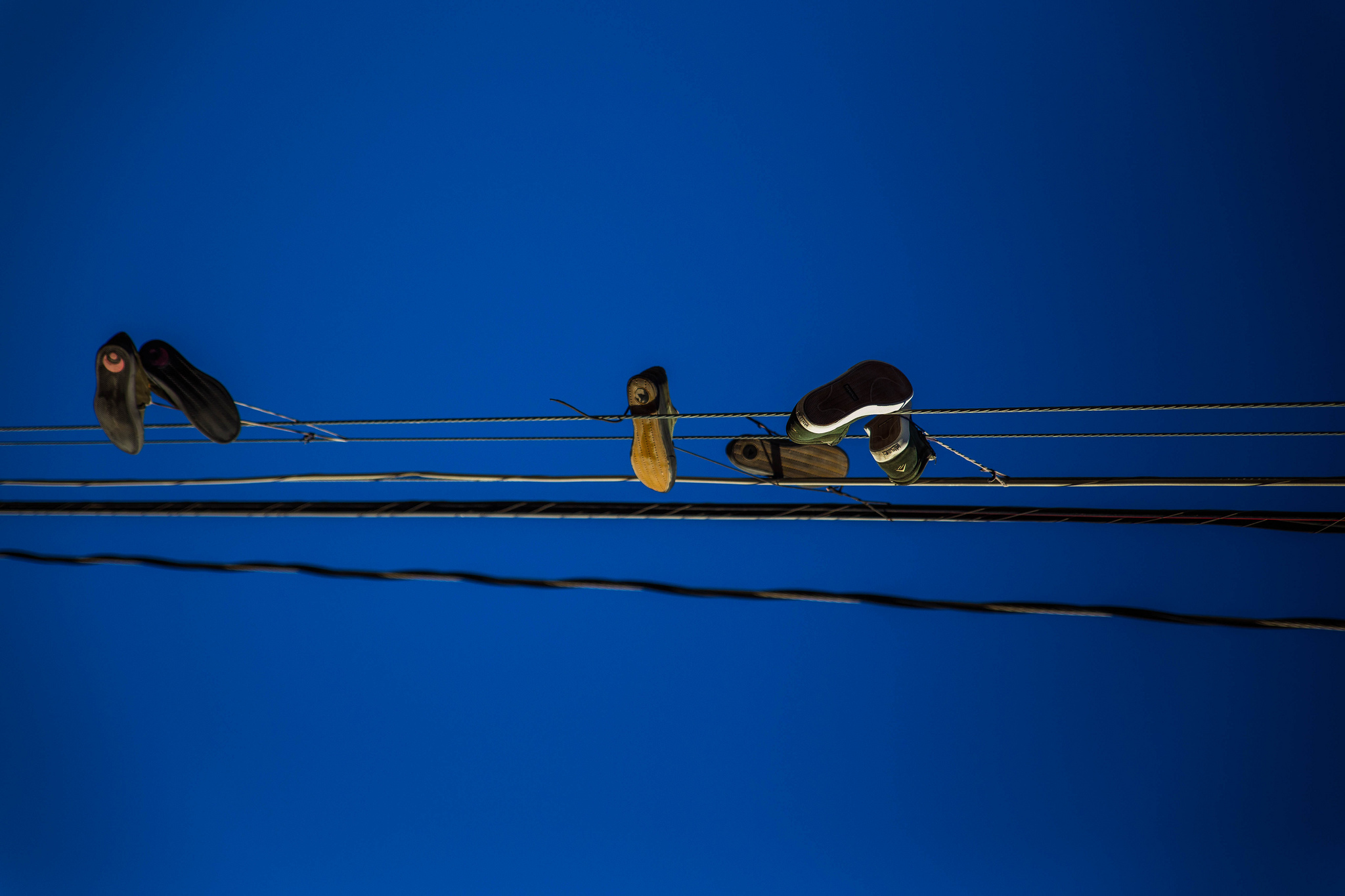 Roy looks in the mirror. Says “What am I doing with my life?” and feels worried after he says it because he said it reflexively. He’s wearing a red and white shirt. He has short brown hair and a beard.

He reached into his bag and surreptitiously pulled out the answer.

“I’ve been good. I went on a date last Friday.”

He wants to be safe. He’ll have to find a safe place for him to be the child he is and wants to stay.

He’ll watch a bunch of things before he sleeps tonight. His phone, Family Guy, Mad Men, a football game.

“So how’ve you been,” she says

He reached into his bag and pulled out the answer.

His parents keep him safe now. He is like an expensive cat. He is so nervous about what will become of him if he continues to watch things and eat food…

If that question is still itchin’, scratch it right here! 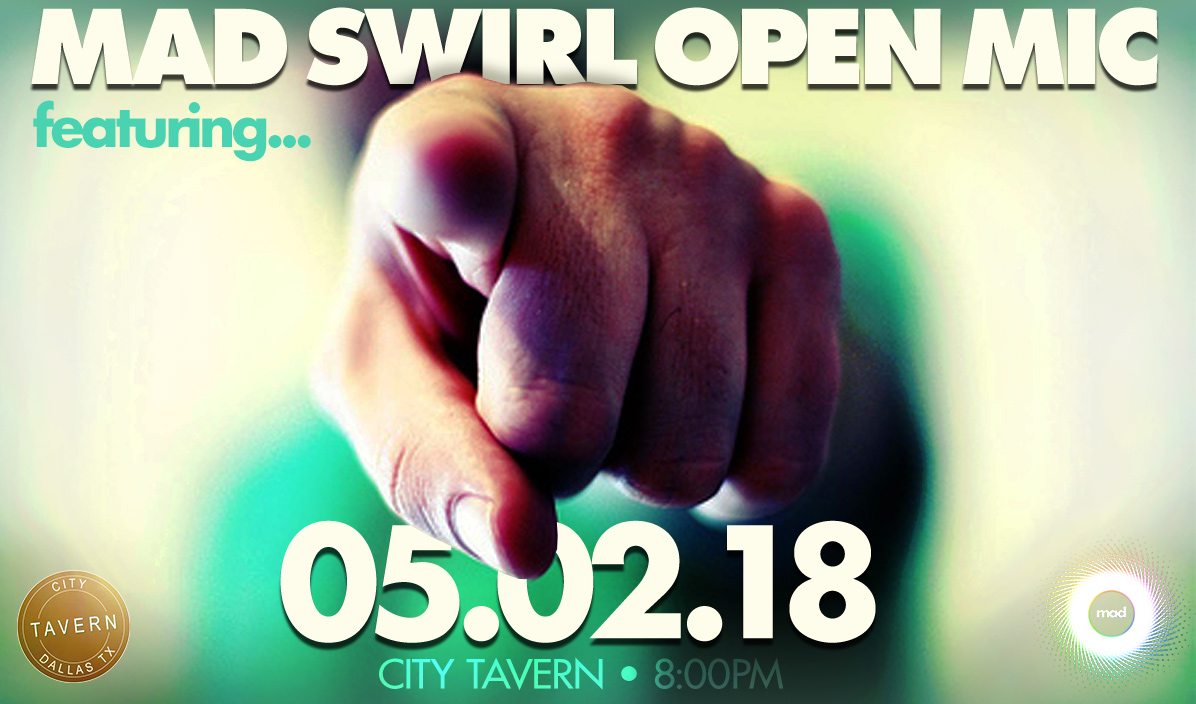 Join Mad Swirl & Swirve (with special guest Gregg Prickett) this 1st Wednesday of May (aka 05.02.18) at 8:00 SHARP as we continue to swirl up our mic madness at our mad mic-ness home, Dallas’ City Tavern!

For you ‘bookers out there, visit our Facebook event page to RSVP!