“Imagination is the air of mind.”
Philip James Bailey 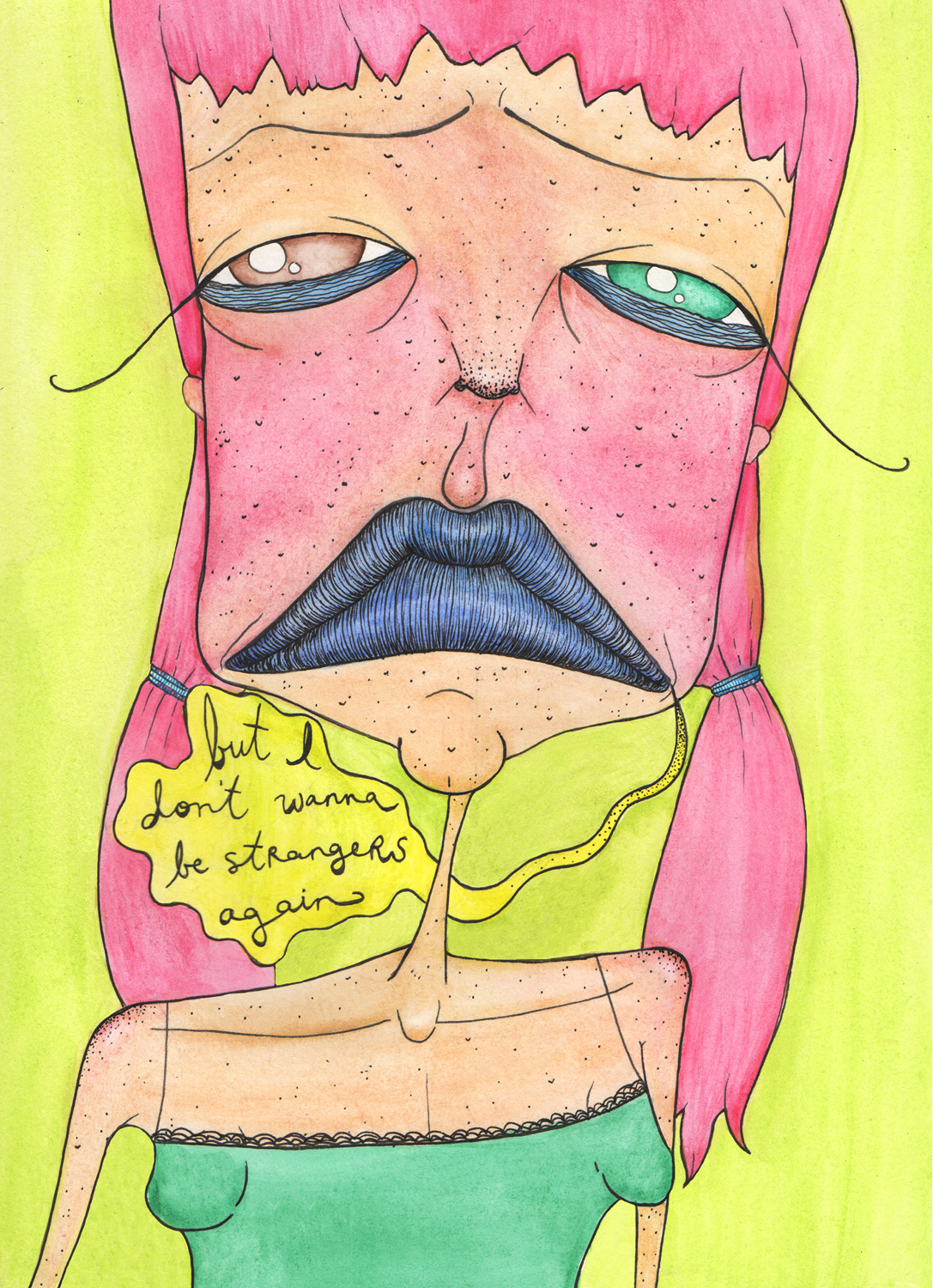 To see more of Maddi’s mad canvases, as well as our other featured artists, visit our Mad Gallery!

This last week on Mad Swirl’s Poetry Forum… we ooo’ed and aahhh’ed at a grand facade; we caught the daze in a distracted gaze; we rued the failure of man as savior; we stocked a store with a chain on the door; we made our plea to a jealous sea (safe passage, please); we ran a river cruise, cried our blood-turned blues; we considered compliance, or (more likely) defiance. Shrink or swell, we writers tell; the world can listen. ~ MH Clay

You cannot look at the flowers.
The sunrise is off limits.
The list will grow tomorrow.

The mask you wear is no longer sufficient.
Blinders and a gag must be fashioned to fit.
Sit on your hands and talk to no one.

Pretend you do not exist.
The rest of us will do the same,
Pretending you are not there

Until you take the hint,
and disappear.
Hurry up. We’re waiting.

editors note: Even when not intended, to ignore is to dismiss. – mh clay

Something about your river obscures fiefdom –
Did you hear ensconced stories dangling their feet,
immersed? Careful with caressing flicks!
Did you think clouds were consoling
when you held the cold arms of your sobbing soul?

Forget the hokey castle, some games were phoney narratives
— Looks like your omens were tipsy last night
Would you rather ask the solitary maple
— How long till my blood turns blue?

Something about your afternoon bare and intrepid
waits for a boat…
a firefly
a destiny untouched
— I can swim with your shoals, hunts and sojourns.
Just dress me up in those fins you collected from the fair.

editors note: Fancy your fates as you float to the fair; blood blues, fins, or destiny untouched. – mh clay

I am the rage of life
Swooping, crashing
into broken pieces
thrashing, gathering,
swelling into knotted coils
rolling in and over
the shivery earth and its quaking creatures

Mine, the bone and brunt of corals
currents that swell
and shrink
with the dance of life

Mine,
the blood thirst of sharks
The scales and fins
knifing through my bulk
of wet and salt

Mine first and given you
the water from my coral veins
And the moon-driven stare
of being
reflected on the dark waters of night.”

editors note: When you set sail, would you see swells in the swell sea? Respect… – mh clay

This was an asylum
For the criminally
Insane (The innocently insane
Had been collected
Elsewhere) and when we first
Broke in, the last
Mad man was still chained
To the back wall;
Well, not the last mad man
Per se, but his pajama-clad bones,
Some of them.

We put up
Drywall, we built
Shelves, we hosed down the
Concrete floors and advertised
Incredible sales with
Handmade posters taped
To the cinderblock façade
We waited in our bright aprons
For the eager shoppers
Who in the end could not
Find their way to our
Fabulous bargains through the
Tractless swamp. Only the
Ghosts of the long dead lunatics
Drifted down the aisles and
(Perhaps out of pity)
Purchased a can of black
Eyed peas or a box of
Bisquick before returning
To wander out back
By the dumpster, which
Was already sinking
Slowly into the bog a week
After we’d paid the waste
Removal company to slide it
Into place. Now we are only open
For an hour a week, otherwise
The doors are chained &
We sit here in the dark
Waiting for someone in search
Of supplies to stop by.

Are they men? by Kleio B

But those men celebrated their loot,
Their masculinity forced on innocents;
Are they really men?
Because God made men as saviours,
Not to damage and violate.

editors note: No better words than this poet’s own: The recent rape cases in India have disturbed me. For all the little children around the world and grown ups who have gone through the ordeal, or of any kind of abuse. This message is for the aggressors to do a rethink. – mh clay

‘From a moment in the still Spanish air…’ by Jonathan Beale

She acts to create
Just something to eat
So every day the human eye
Cannot acknowledge –
The eggs; as an assistant
Seek the immediate reaction
Her sage eyes know just when.
Then, see his youthful distracted
eyes – on some young woman –
his game? Or some masculine
game to win…
distracted in sin – to be committed
still seeing this alchemy
the magic of this egg
becoming something else
this Assumption will pass
by and large, unnoticed.

editors note: For her, the eggs; for him, the code. One will crack, the other will crumble. (This bit o’ ekphrasis inspired by this picture here.) – mh clay

the neon colossus, the web of grace
a great moon of pinpricks
lazing close as it can to the towers
counterpoint to the nickel moon
pulled from behind an ear
flung a great distance
an afterthought

Dallas
I cannot stop looking
even in silence, you boast
even your stillness swaggers
we watch each other not moving
as you wait
for my feverish applause

editors note: Home of Mad Swirl and some o’ the best damn pretense anywhere. There’s a soul beneath the dazzle, just gotta get used to the glare. – mh clay

Admit it, you Need-a-Read today. And we here at Mad Swirl​ must also confess, we snatched us up a good one to share with all y’all!

This week’s featured tale “Texas Oceanfront Property” comes to us from our very own short story editor, Tyler Malone.

Here’s what Chief Editor Johnny O​ has to say about this pick-of-the-week tale: 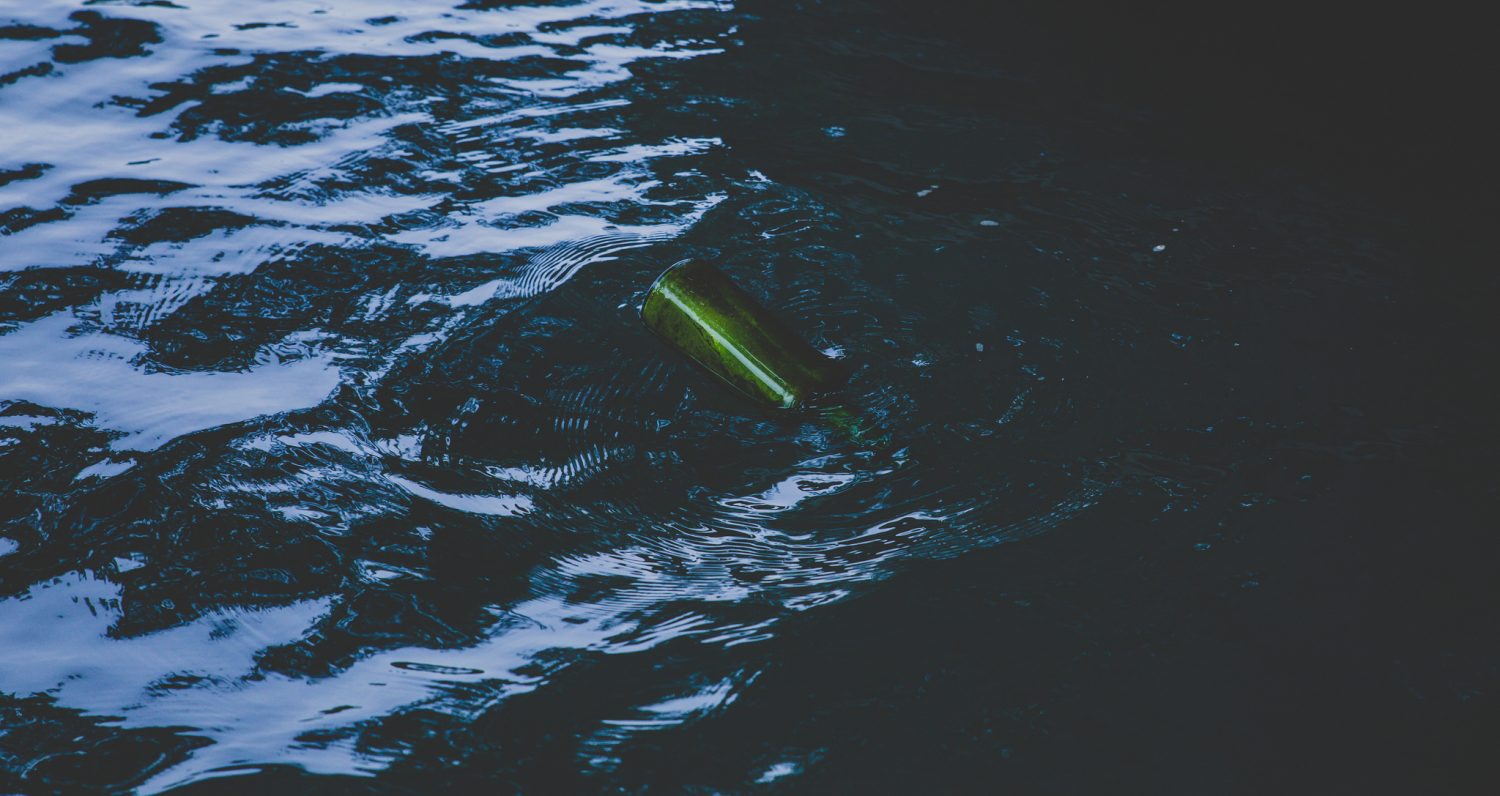 (photo “Floating on, but Not for Long” by Tyler Malone aka The Second Shooter)

“Let’s go into the blue,” was how I invited her to trespass onto the backyard dock. We weren’t prepared for more murk than color over our borrowed sludge lagoon.

Sand was as far away as winter and we had splintery wood planks offering our bodies to lake water dragged twice this year already. Sounds of tree services already hacking and clearing spring growth overtook any dirty water noises. The lake community was seasonal. Cheap Texas waterfront property was vacant in late May after elderly northern owners escaped back to their thawed world, happy the globe is easily split in half.

Her hand on my thigh, pointer finger toying with a hole on the side of my trunks that have seen too many seasons, same as an old bride’s wedding dress if she wore it to her newest annual wedding. She leaned in, offering a splinter’s degree of friction between layers of thumb skin and said, “I’ve been thinking, and not because of anything bad that’s happened, but I need to let this out before we go out tonight.” She inhaled. “Is a hotdog a sandwich?”

Living past near death by anxiety, I said, “It exists as its own entity. You don’t ask about its ingredients or why it exists as it does, you just devour it. If you question the perfection of a hotdog, you’re cracking.”

“The only thing that’s cracking are your feet,” she said removing her hands and twirling her finger over my crossed legs. My droughty left heal was caressing her bare leg. Looking at shades of meat leaking through dry white folds, she recoiled.

“They’re the feet of Christ. Holy and ready to be washed by someone.” In exaggerated bicycle kicks, I threatened her with my corpse feet…

To get the rest of this watery read, float your mouse right here!