“An artist is he for whom the goal and center of life is to form his mind.”
Karl Wilhelm Friedrich Schlegel 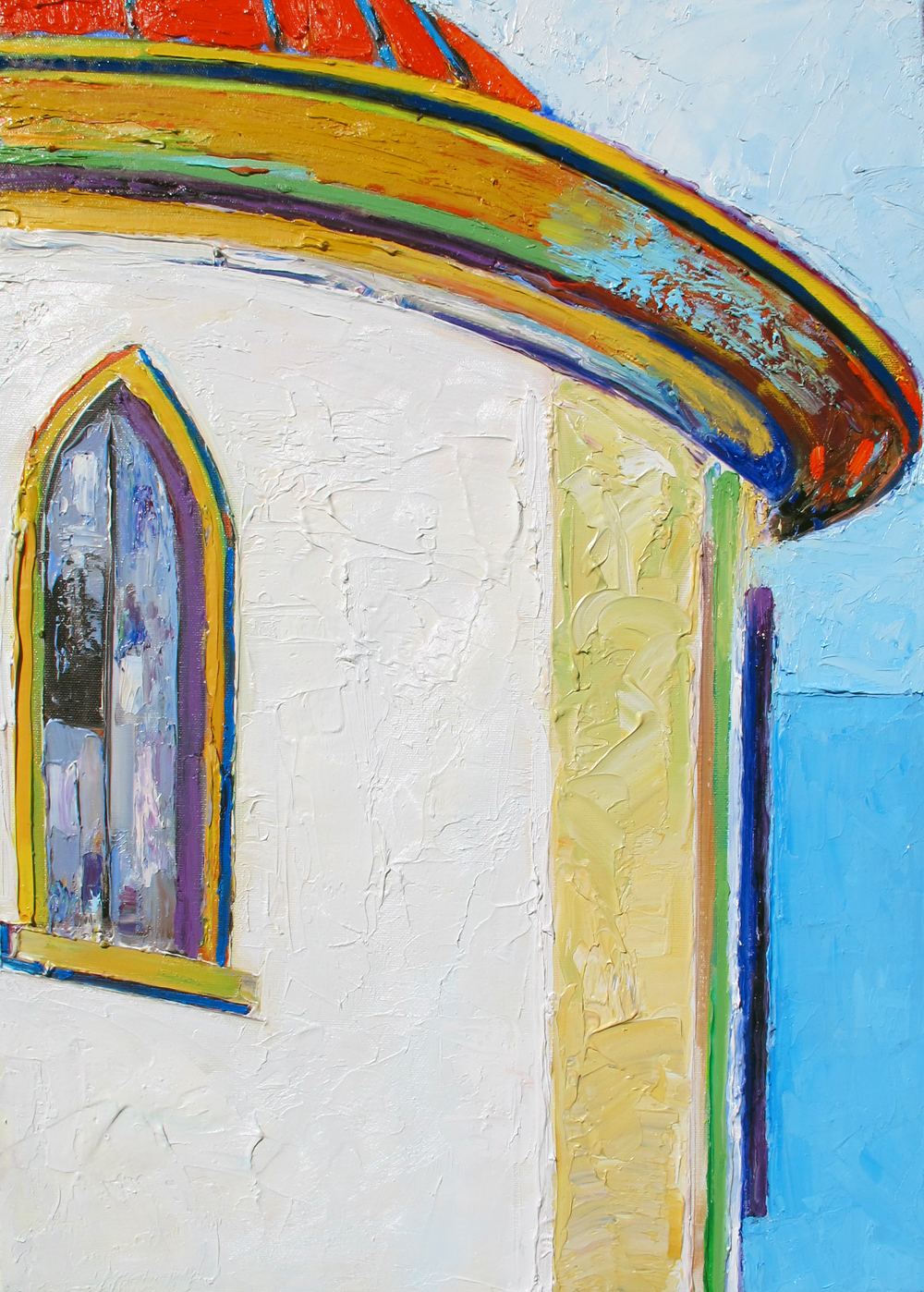 This last week on Mad Swirl’s Poetry Forum… we went word drunk from “get” to “dunk;” we let rang divine ding dang; we spun round a breakdown; we heard a ghost story; we woke to wise glory; we warmed a cold remedy; we spoke a bold threnody. This spring forward was no set back, just a little late coming. ~ MH Clay

SHELTER FROM A HURRICANE by Sam Silva

watching a computer screen
and counting sheep
while midnight drifts toward three a.m.
the same way smoke drifts
from a cigarette

…a momentary prayer and debt!,
this thing called life!
…sweet breath before oblivion
comes with death and Hell.

Shelter from a hurricane
and the rest
of Satan’s spell.

In a small snow covered village in the Shaanxi Province in central China an elderly man in his cabin sat at a small wooden table methodically pealing cloves of garlic. His fingers nails were covered in brown dirt from cutting wood and purple skin from the garlic.

On the crooked table there were two porcelain bowls, the first was filled with a steaming, spicy vegetable broth and the latter had four cloves of recently peeled garlic resting inside.

A small fire cracked away in the corner of the cabin, frost covered the windows and vapour poured out of the old man’s mouth as he breathed. The man in question had a small white moustache and a shaved bald head that was covered with wrinkles.

The man picked up a clove of garlic and chucked it into his mouth where he crunched it between his strong teeth. He picked up his warm bowl of broth and took a long slurp. He then placed the bowl back down and repeated the ritual until both bowls were totally empty.

The freezing wind rattled the frosted window pains while the old man shut his ancient eyes and rested.

editors note: You know what they say about “a clove a day…” – mh clay

Asleep No More by Harley White

The dawning day is like an open door
for voyagers adrift in living stream
to waken from the dream asleep no more.

When out of slumber’s seas we’re cast ashore
and consciousness resumes its heady beam,
the dawning day is like an open door.

With dialectic feet upon the floor
the thinker frames a philosophic scheme
in lieu of wakening asleep no more.

Stargazers, poets, let their fancies soar
into the realms beyond what things may seem,
for dawning day is like an open door.

Though myriads divinities implore,
within our being lies the path supreme
to reach awakenment asleep no more.

Deep wisdom handed down from ages yore
can teach us of enlightenment’s true gleam.
The dawning day is like an open door
to waken from the dream asleep no more.

editors note: Within our being, yes! Awake to this. (Read another mad missive from Harley on her page today, more words for the wise – check it out!) – mh clay

Living with a Ghost by Walter Ruhlmann

This could somewhat be fun if only
you wore a white sheet over your head.
Hollow and pale, mute too, dim, dumb, numb,
you keep transparent, spectral does not even define
what you have been since the gigantic blow hit you hard.

Dry in the southern wind you breathe no more,
eerie standing behind the ironing table, an aching back,
your eyes reflect nothing but the content of the medicine cabinet
or the high-speed trains rushing by, darting fast across the land of our dreams.
These lands have become hell, the dreams nightmares; they now give us goosebumps.

You were told this morning
this house has become too wide,
too large for a phantasmagorical thing
haunting a place that has become its jail,
a trap where dreadful thoughts billow in endlessly.

You’ve finally wasted
all the lives won in this game.
You won’t make it to the end of the world.
Doubtlessly, winter will be your shroud, buds and blossoms
will have to do without your usual care and fascination next spring.

editors note: Maybe can hold on till Spring, if not till the end of the world. – mh clay

There’s beauty in the breakdown –
maybe everybody says that.
Seems like everybody knows that.

But what we leave out constantly –

or maybe no one knows it –
or maybe it’s so obvious, it shows –

There’s logic in the breakdown, too –
it’s just not the first thing calling.

It’s more patient,
in less pain –
and it’s humbled in the presence
of a strength it can’t explain.

Cuz there are just some instances
when things come up
that override the brain.

And that’s when you’re the furthest,

from being what we think of as insane.

editors note: Here it is; a logical explanation for all this crazy. – mh clay

A Knock at the Door of Divine by Chiranjibi Niroula

I see my spirit is flying in the sky,
From the sky over the clouds, it canvasses with me,
And, I see the creatures around me,
Vexing each other,
It makes me shed tears,
So, tears and tears spill around,
It’s my sorrow as it’s a bohemian glance,
For the hackneyed hostile ones,
See! These settlers in the banal are targeting each other,
They are ready to grind the life of many and more as mine,
But, my spirit applauds for peace and humanism,
My favourable identities always remain at the acme,
So does my spirit and so do I,
I see these adversaries attempt to have my domicile targeted,
But, in vain they’ll cauterize each other,
So they never reach to me and mine,
As my spirit makes me re-awake from my realm,
And, I vow for peace,
Listen! Ding Dang and Ding Dang!
I cry and advocate for humanism,
Listen! Ding Dang and Ding Dang!!

My pulses, my nerves turn into Juvenal plumage,
So, I fly with my spirit into the divine,
To knock at the door of it,
The door of peace and humanism!

The Aye’s have it!

This week’s featured short story, “Proposition 29” comes to us from Contributing Writer Carl Perrin and it starts out like this: 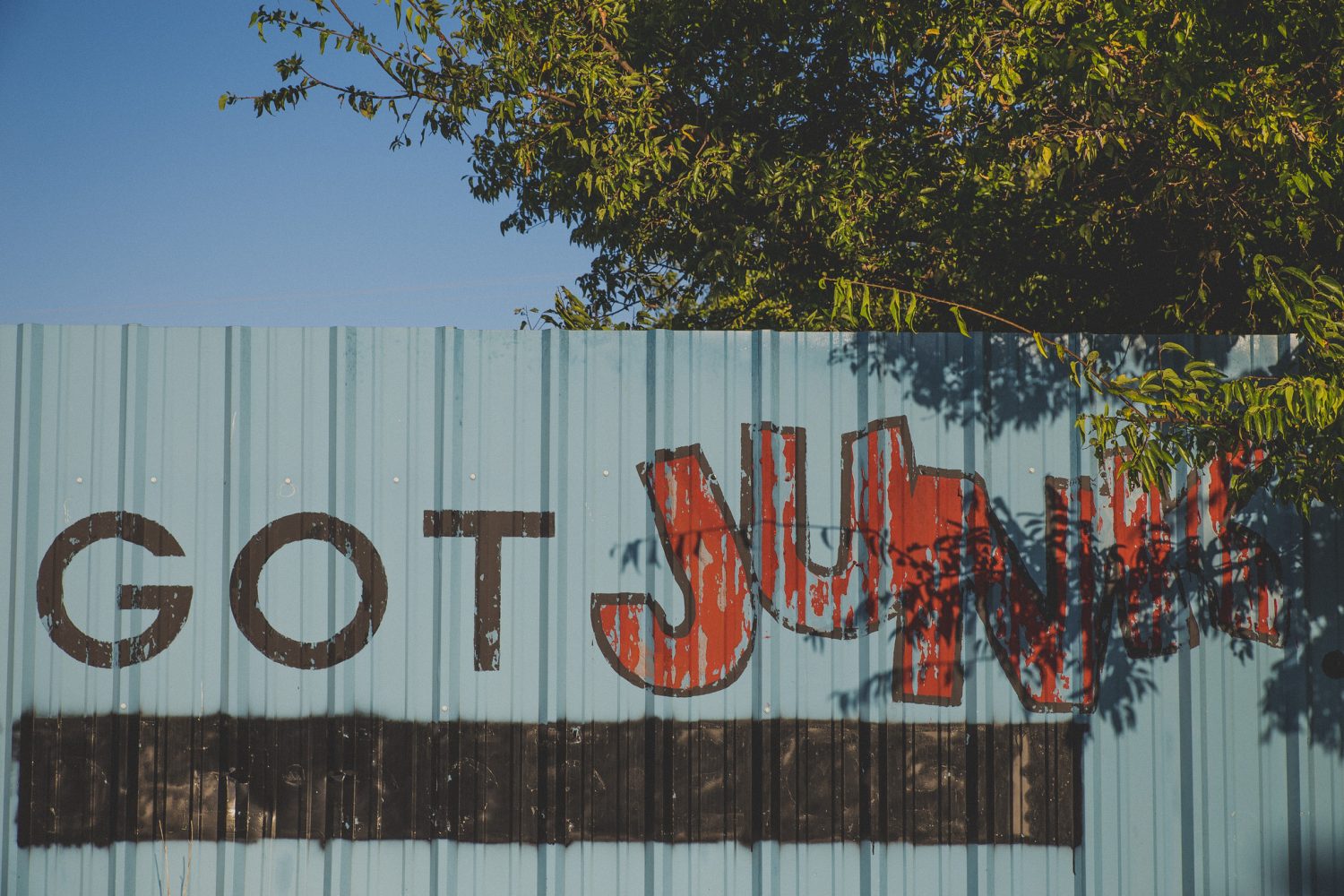 (photo “Automated Inquiry” by Tyler Malone aka The Second Shooter)

In 1863 Abraham Lincoln signed the Emancipation Proclamation, freeing all the slaves. And yet slavery is widespread in the United States in the 21st century. Only today the slaves are called robots. Robots are owned by human beings. They are not paid for their labor. In most places they have no rights. They do not get the nights or weekends off. They are worked throughout the day, seven days a week. When they get worn out by their constant labor, they do not go to Florida to spend their final days relaxing in the sun. Instead they are sent to a recycling center where any usable parts are stripped off them, and what remains is consigned to the junk heap…

If you’re needing more, direct your robot to take you to the rest of this telltale tale! 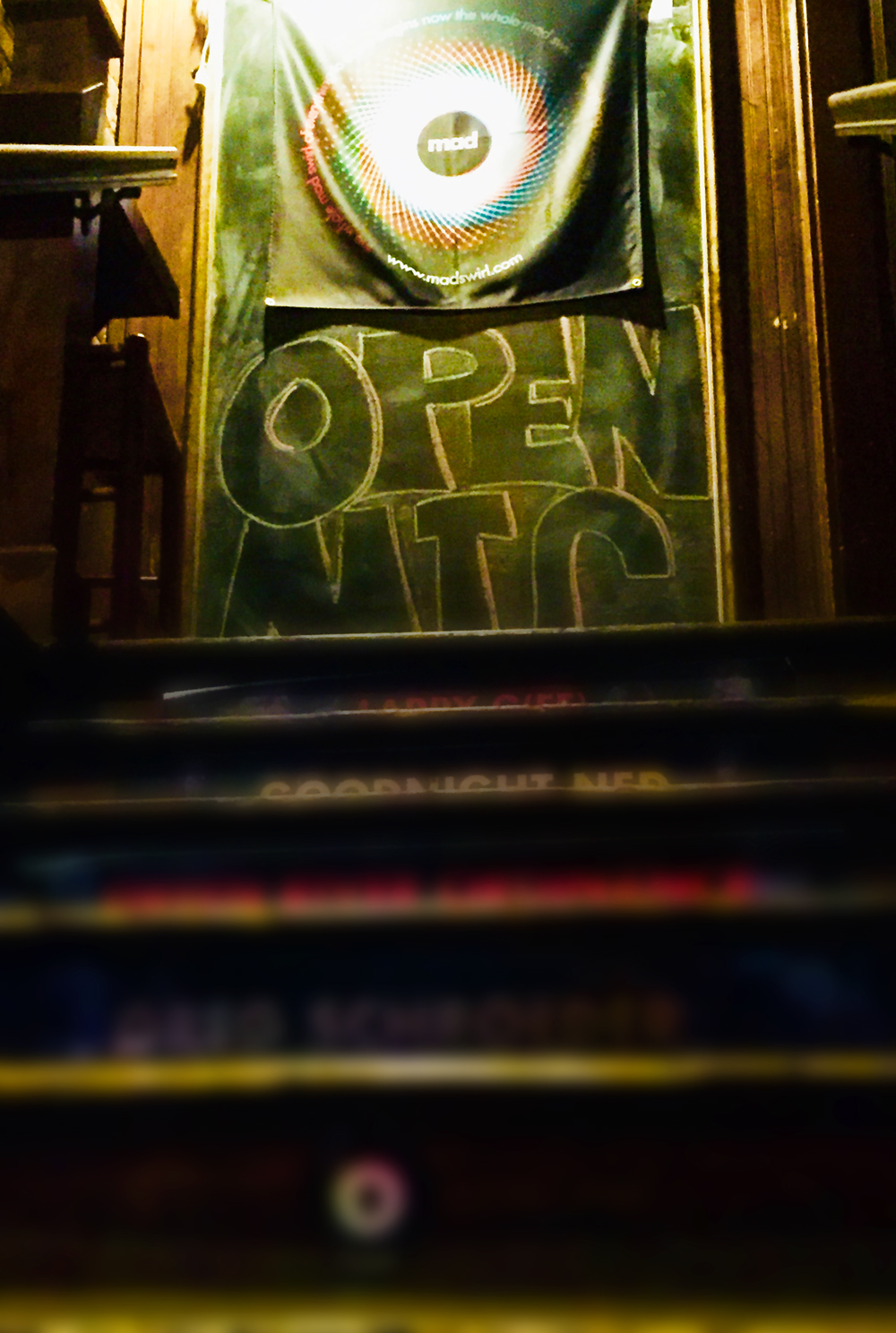 This past 1st Wednesday of March (aka 03.07.18) Mad Swirl​ stirred it up again! As always, we opened the mic up to all you mad poets, performers and musicians and as always, we swirled us up a mighty fine night!

GREAT BIG thanks to Swirve (Chris Curiel​ ~ trumpet; Tamitha Curiel​~ vocals) for stirring the Swirl the best way in the world!

More HUGE thanks to City Tavern​’s Thad Kuiper & Noble Tse for makin’ our stay most righteous.

P.S. In case you missed the LIVE feedS, it’s not too late to be a fly on the wall. Check it out in all its LIVE glory right here… 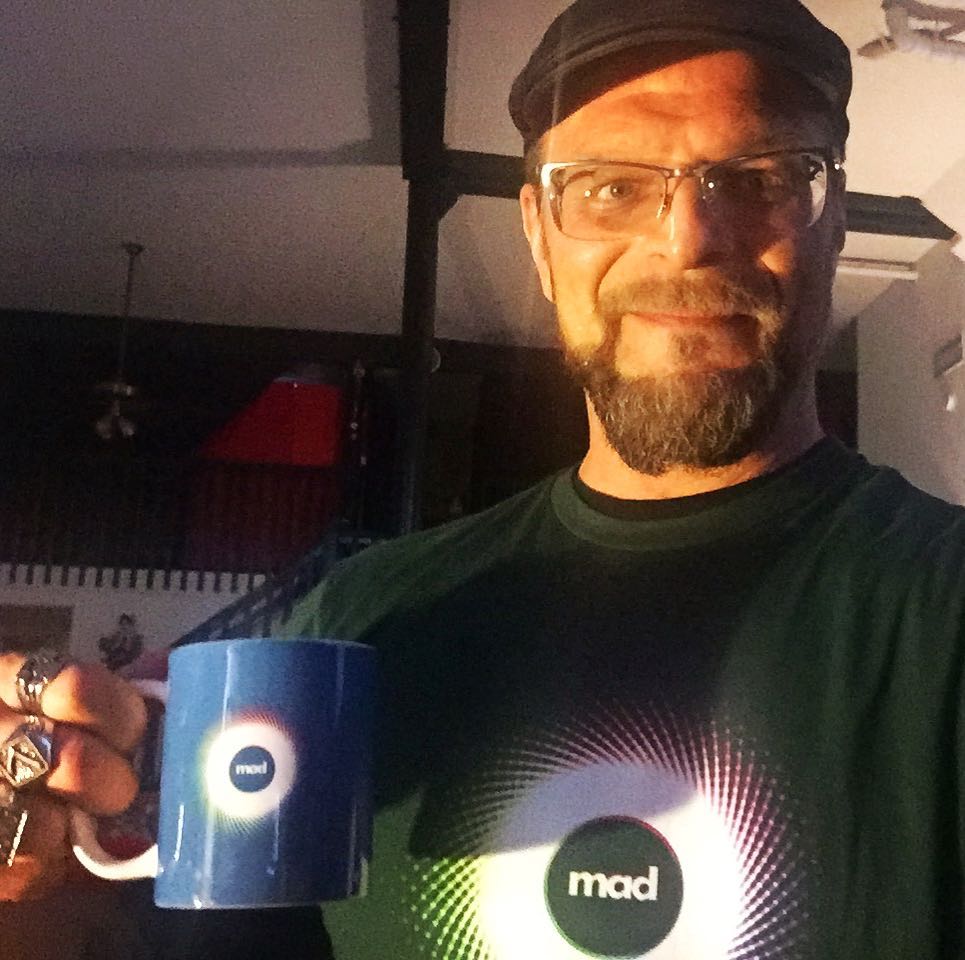