“When I work, and in my art, I hold hands with God.”
Robert Mapplethorpe 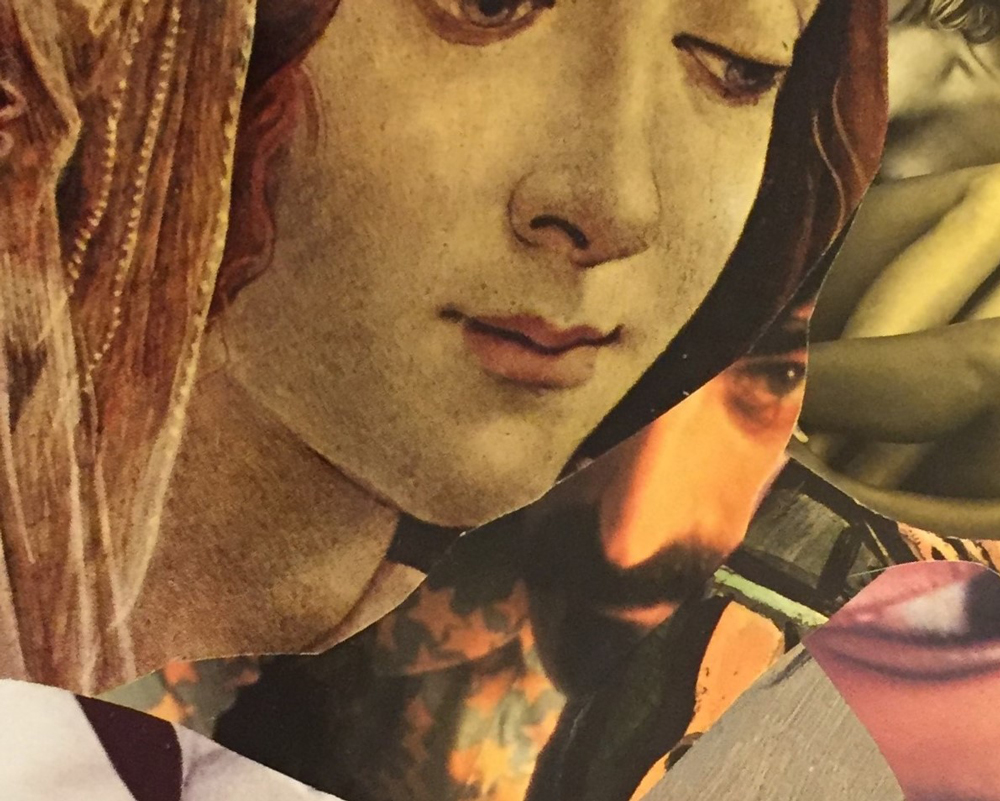 To see more of Mike’s colorfully crazy collages, as well as our other featured artists, visit our Mad Gallery!

This last week in Mad Swirl’s Poetry Forum… we mused to see’em; we charmed karma; we rebounded, though grounded; we exhumed an exhibit; we regaled an old rocker; we game faced a color race; we swang a shirt (no hope in rope), felt life’s hurt. Our machinations are beat from hearts, not machines… ~ MH Clay

The Passage by Peycho Kanev

The soul, suspended in the dark wet sleeve
of the shirt on the clothesline, hides
from the sunset

The sky’s engine purrs like a cat,
coiling inside its grayness

The man in dirty overalls sits in the barn’s shade
and looks at the rope, hanging from the beam,
gently swaying in the wind.

editors note: Many doors to choose; only lead from here to there. – mh clay

This game we were playing making faces at each other
Except I was the only one to end up on the altar
Turns out that with my name I should not have been playing this game
And also that I was a shade too dark
I tug on my freedoms before I write
Please God, please
In another life let me be blond, blue-eyed and white

editors note: There it is! What color is privileged where you are? – mh clay

The man who sings my favorite song
wanders the streets of this small city.
He no longer carries his guitar,
too heavy for walking past seventy
on uneven brick sidewalks
that all run uphill.

An ex-smoker,
he catches his breath
beneath the marquee
of the last one-screen movie theater,
the one that used to show
movies he liked.
It reeks of buttered popcorn.
He moves on

past the site
of the old Woolworth’s,
the one that sold his records
back when they were hits,
when they crept out of open windows
even in this mountain town,

editors note: The last one to sing his song is himself. – mh clay

The skeletal tridents of the equidistant electricity poles with their faint parallel
Metallic wires were the only marks of distortion on the otherwise crystal clear exhibit
On display that day. The eye with its lid was free to roam the distances unlike the buntings;
Eyelids of the window-frame that kept fluttering in the draughts. Wherever you saw, huge trees
Carrying not only the sunlight upon their canopies but also the load of adjectives— ‘green, yellow,
Airy, angular’ and which signified above all the verb ‘Grow’
Two cows, their flanks scintillating bright were pulling along the iron ploughshare
Riveted upon which was the ubiquitous farmer.
Strain and Push on that side
The black cotton soil breathing on this side
Man and animal were making the ground yield to the passion
Of crops that would bud slowly.
Dung smells, hovering dragonflies, the heaped-up sugarcane
And the fuming heat waves were pointing to something deeper lurking below the veneer of superfluity;
Were pointing to something more fundamental which could not be averted.

editors note: The inevitable dirt nap which comes to all. – mh clay

ONLY THE GROUND by Luis Cuauhtémoc Berriozábal

every action generates outcome
::(
a whipped back
a kick in the teeth
a swollen black eye
dire news

Mummies of the World by Sheri Gabbert

Mummies are fascinating but please,
respect the dead. No chewing gum. No drinks or food. No grieving
for the small ones or for the warriors whose heads were worn
around a victor’s neck. No rosaries for the medical bodies,
pieces of the philanthropic on display.
I count the dead as I count my steps, counting coup,
coup de grâce, please, god, let there be a bench.
Read the captions, the stories, the hieroglyphics,
but do it quickly, my feet hurt.

If you’re in Need-of-a-Read, “The Showing of the Psychic Wares of Patricia Styles,” from Contributing Writer C.B. Johnson, will fill that need quite nicely.

Dine with the death daily. But beware, you won’t ever lose your appetite and they’ll grow only hungrier.

Here’s a bit of “The Showing of the Psychic Wares of Patricia Styles” to get this read goin’: 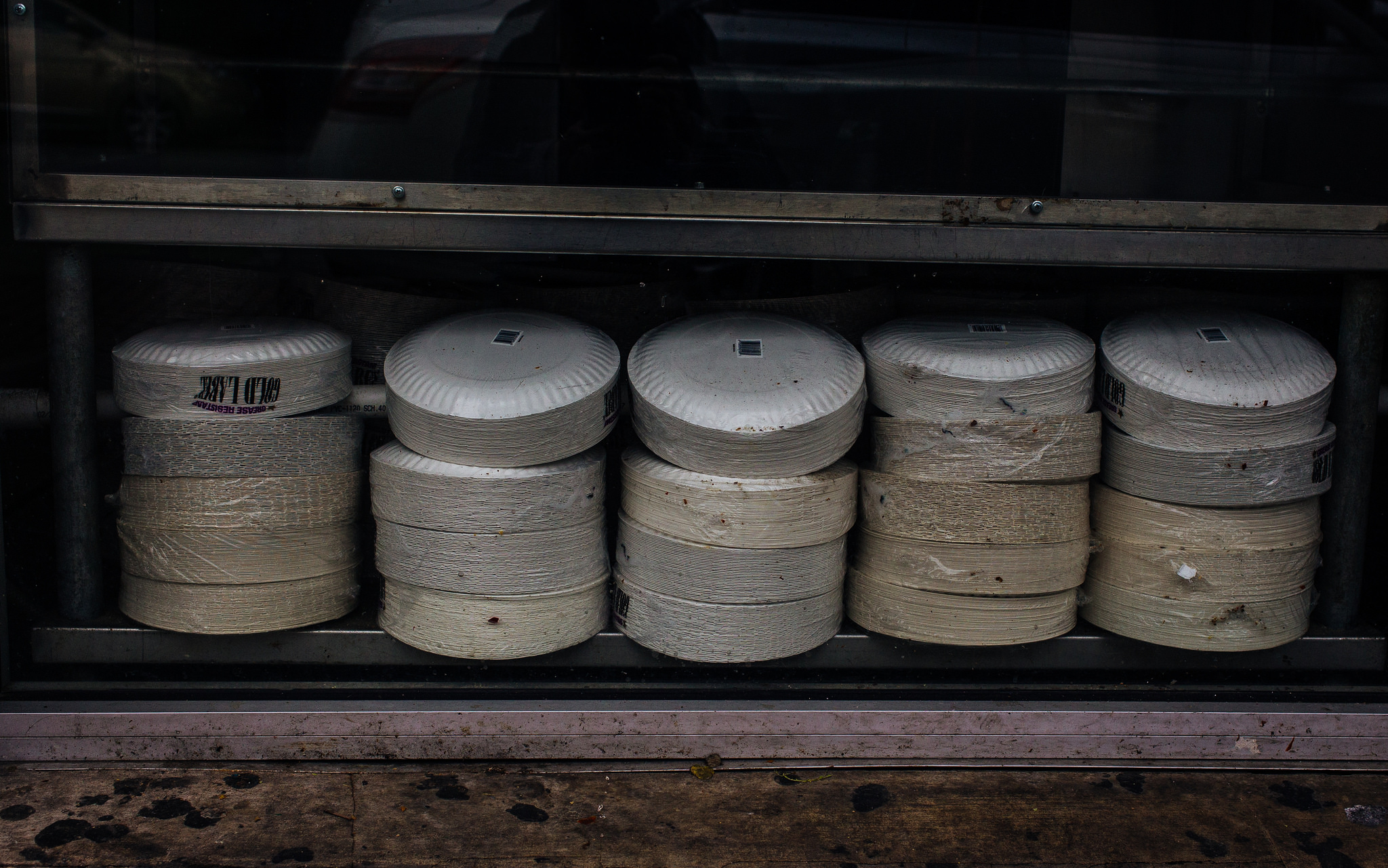 (photo “Paper Wares” by Tyler Malone aka The Second Shooter)

Peter had no sense how to dress for this occasion, so he dressed for a fancy restaurant. He went in his best suit, a suit of multi-use charcoal cotton, for the showing of the psychic wares of Patricia Styles. He reflected he intended to wear the suit on the day of his brother’s imminent funeral, the funeral of Henry Styles. He had bought the suit especially for a friend’s wedding, had bought it with dual use in mind, knowing without wanting to know that he would soon enough have to appear at his brother’s funeral, because Henry was terminally ill and quite visibly dying a slow but sure bed-ridden death…

Get the rest of this right here! 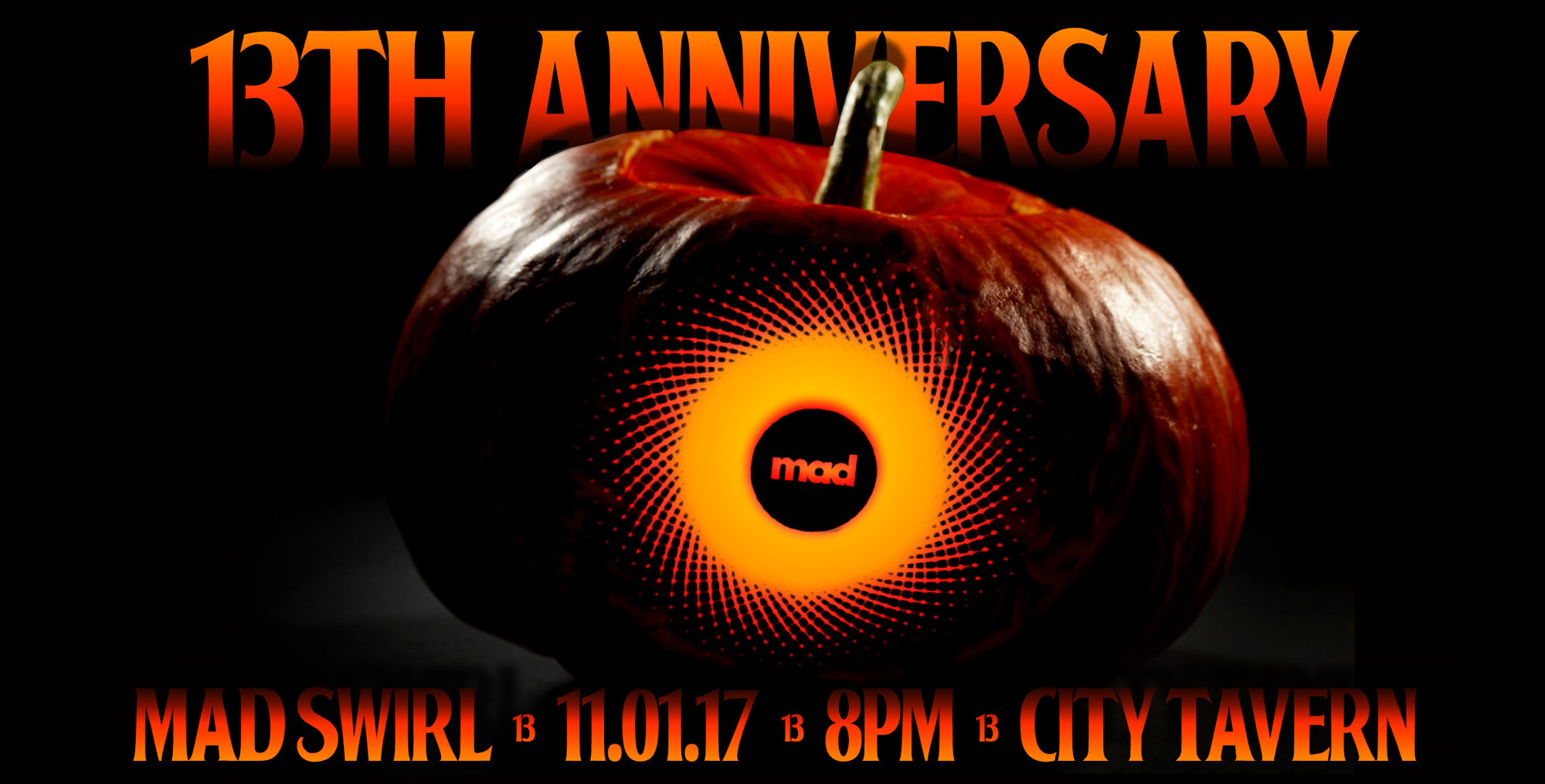 This past 1st Wednesday of November (aka 11.01.17) Mad Swirl stirred it up once again, this time celebratin’ our 13th year of doing so!

Here’s a shout out to all who graced us with your words, your songs, your jokes AND your divine madness…

GREAT BIG thanks to Swirve (Gerard Bendiks skins & Chris Curiel trumpet and musical guest Hanzu) for stirring the Swirl the best way in the world!

More HUGE thanks to City Tavern’s Thad Kuiper & Noble Tse for makin’ our stay most righteous.