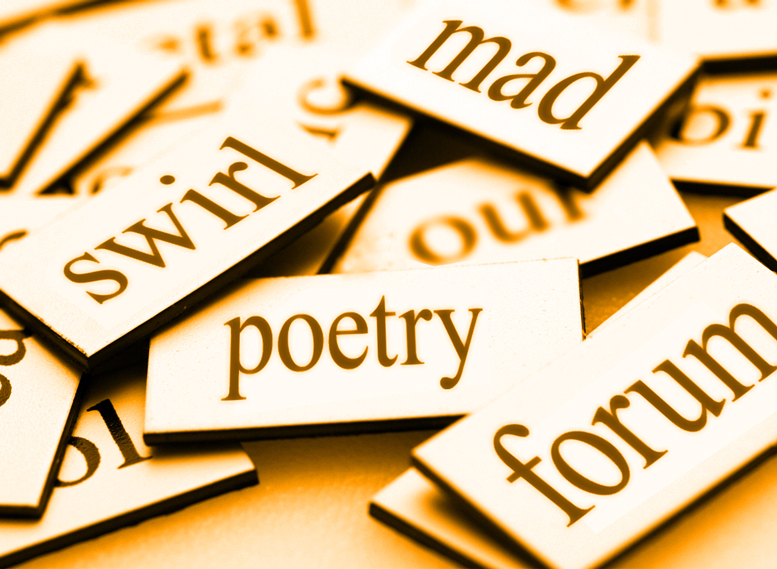 This week in our Poetry Forum we experienced a rare confluence of creative vortices, all stirred up together in the Swirl. Six new Contributing Poets (CP) and one returning Contributing Poet, all within one week. For forecasters of freak art events, this phenomenon is impossible to predict. But, we can look back and admire the handiwork of happenstance, right?

Here are the new (and returning) Contributing Poets who graced us with their Mad-ness this week:

And, here is what they have to say about themselves:

Aekta Khubchandani wears the color red on her head but loves to work in black and white. She is the author of the story Together, that has been printed in Mosaic: An Anthology of Short Stories. She also has her work featured in The Aerogram, The Bombay Review, Mad Swirl, Terribly Tiny Tales, the Warehouse Zine and the Quail Bell Magazine. Currently, she is working as a writer and illustrator at the Warehouse Zine. She is also a spoken word poet and is exploring a screenplay and a novel. Her short fiction entry has been longlisted for Toto Awards (2018) for Creative Writing in English by TFA (Toto Funds the Arts).

Dennis Moriarty is originally from London England but has lived for the past thirty years in South Wales, UK. Married with five children, Dennis runs a small family business with his wife. He has been writing poetry from a young age. Dennis loves to walk in the countryside that surrounds his home. He reads and has a large collection of books all around the house. He speaks Welsh as a second language.

Mike Zone is the author of Fellow Passengers: Pubic Transit Poetry, Meditations & Musings Better than the Movies: 4 Screenplays. His poetry and stories have been featured in: Because Eileen, Horror Sleaze Trash, In Between Hangovers, Madness Muse Magazine, Rasputin Poetry, Synchronized Chaos, Triadae Magazine and Your One Phone Call. He scrapes by in Grand Rapids, MI.

Christopher Barnes won the Northern Arts writers award in 1998; July 2000 he read at Waterstones bookshop to promote the anthology, Titles Are Bitches; Christmas 2001, he debuted at Newcastle’s famous Morden Tower, reading his poems; 2005 saw the publication of his collection, LOVEBITES, by Chanticleer Press, 6/1 Jamaica Mews, Edinburgh; August 2003, he read at the Edinburgh Festival as a Per Verse poet for the LGBT Centre, Broughton St. Each year he reads for Proudwords lesbian and gay writing festival; May 2006, he was the solo artist in his art/poetry exhibition at The People’s Theatre. Christopher has a BBC web-page, and a recording of his poem, The Holiday I Never Had, can be heard here.

Alisa Velaj was born in the southern port town of Vlora, Albania in 1982. She has been shortlisted for the annual international Erbacce-Press Poetry Award in UK in June 2014. She was also shortlisted for the Aquillrelle Publishing Contest 3 in January 2015 and was the first runner up in this contest. Velaj’s full length book of poetry, A Gospel of Light, is published by Aquillrellle in June 2015. Her works have appeared in a number of print and online international magazines.

We welcome these creatives to our crazy conspiracy as Contributing Poets and look forward to more of their madness in the days to come.