“The only people for me are the mad ones: the ones who are mad to live, mad to talk, mad to be saved, desirous of everything at the same time, the ones who… burn, burn, burn like fabulous yellow Roman candles.”
Jack Kerouac 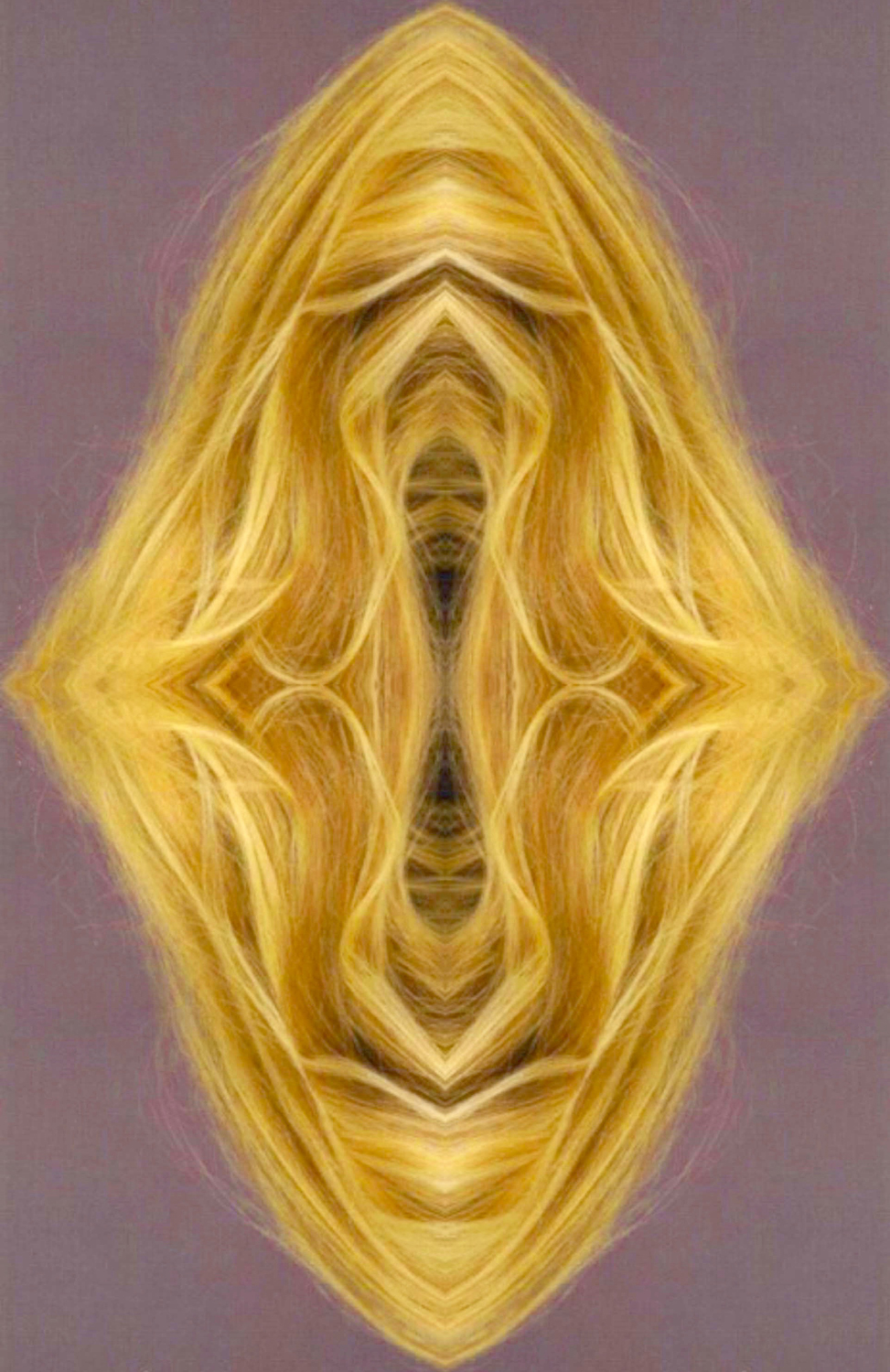 “Nakedness That Awakens the Wind” (above) by featured artist Bill Wolak.

To see more of Bill’s twisted illustrations, as well as our other featured artists, visit our Mad Gallery!

This last week in Mad Swirl’s Poetry Forum… we thin air gasped and thin air grasped; we sought peace in pieces; we fished to not be fished; we revolted against revolt’s result; we watched a word try to get a word in; we would beauty see, though no beauty be; we with nothing owned would own all. We have, we write, we relinquish. It’s all who own, now… ~ MH Clay

Down On Front Street by Adam Sometimes

This is a foggy step
An amber goo between the prints
The more there is the better chance I have of it fossilizing
I hope you get the metaphor
My paranoia limiting my patience
My paranoia
My paranoia
My paranoia
It seems that’s all there is anymore
I fight so hard to be free
Down on Front street
Just to cage myself in my cave like notions
I wonder if I could ever love again
Or if I’ve ever loved before
Perhaps all I felt was a
narcissistic sense of
ownership and betrayal
Caveman emotions trying to speak modern language
And I’m trying to get rich off of Bitcoin
I had a client say “what’s the point in investing?
We’ll all be dead soon anyways.”
I check my pulse
I pat my gun
Instinct
Paranoia
And I think in response
“Not me motherfucker, not me.”

NICE GUY IN A CRUMBY TOWN by Sam Silva

where the soul comes to bury love
…watch TV instead
of looking out toward the streets and their gardens,
stuff cigarettes and food
by the load
to manage better what vagrant daydreams
still linger
in an unconscious eye
which would see all things
as beautiful!

editors note: When within renders none, be seen as such by association. Nice guys, all. – mh clay

The End of The Line, Strikethrough Font by Alyssa Trivett

We pay in change and ask the sentence
to seek solace in other forms, maybe roll
into loose-leaf instead, or pen stabbing yourself
to death outside the former car dealership,
inflatable dinosaur, now lumberjack pancake flattened,
no longer hissing air.

The diner is full, as S(entence) has been out of work recently
and asking for references; which pages are open
or what support groups can provide editing.

Had it been me, I’d resort to exhausting all options,
seeking strikethrough if the cards on the table are muddled
and wet, reeking like basement laundered currency.

But instead our day goes on, and eventually,
we all figure it out,
instead.

Everything is different, in the horizon the Sun is crumbled
The crumbles remained on the earth’s heart like triumphant arrows.

Behind is played the surprising game, just like before
Birds are falling on the ground, just like in times when hell was written,
Oh God, everything has changed,
At a time when a small fence is darkening our big eyes.

The moon finds a path through mummy hands remaining like arrows towards the sky
And the sun dissolving just like a candle through tired eyes
Who can’t see anything in the blue sky, except a small cloud
A cloud darkening everything

Translated from Albanian by Peter Tase

editors note: This Kosovar poet wrests the reality of reconstruction from explosions of ideology. – mh clay

Each moment I’m ducking under the streams of thousands of rivers. After each willed bath floats a corpse. Logically there is left no claimant of that corpse. Rather caring a straw for it, I too look forward to a new dawn. At times somebody whispers, pulls one or two of them. I feel hilarious to find me alive among some sounds of arrested silence.

Everything was meant to be broken by Rajtilak Bhattacharjee

Everything was meant to be broken;
hearts,
dreams,
homes,
realities,
and even the darkest nights into
the first light of dawn.

editors note: From any shake and shatter, something new can come. – mh clay

The shades of dawn
falling like colorful feathers
plucked from the sky.

Sorrow, a distant friend with
sodden shoulder and sturdy
pose, no longer needed.

In hand, a timetable of
misbegotten deeds, to be
dispersed to the four winds.

The song was sung long ago.
The echo still remains, of
voices faint and far off.

I do not know the words.

Climbing the mountain,
altitude unknown, oxygen
as a noon shadow.

The pinnacle appears.
Breathing in the clouds,
Focus begins to dim.

Past fading into the future, as
the dawn now turns pure gold.
The summit is within reach.

This tale of cosmic proportions is sure to blow your mind.

Here’s what Short Story Editor Tyler Malone has to say about this pick-of-the-week:

We ring forever, or we don’t. Know, though, that while not here, we sing somewhere else. Something of us, some hint of us, what we want to love or hate the most about us, exists all the more magnificent somewhere else, on the strings.

Here’s a few pinches of story stardust to get your mad minds swirlin’: 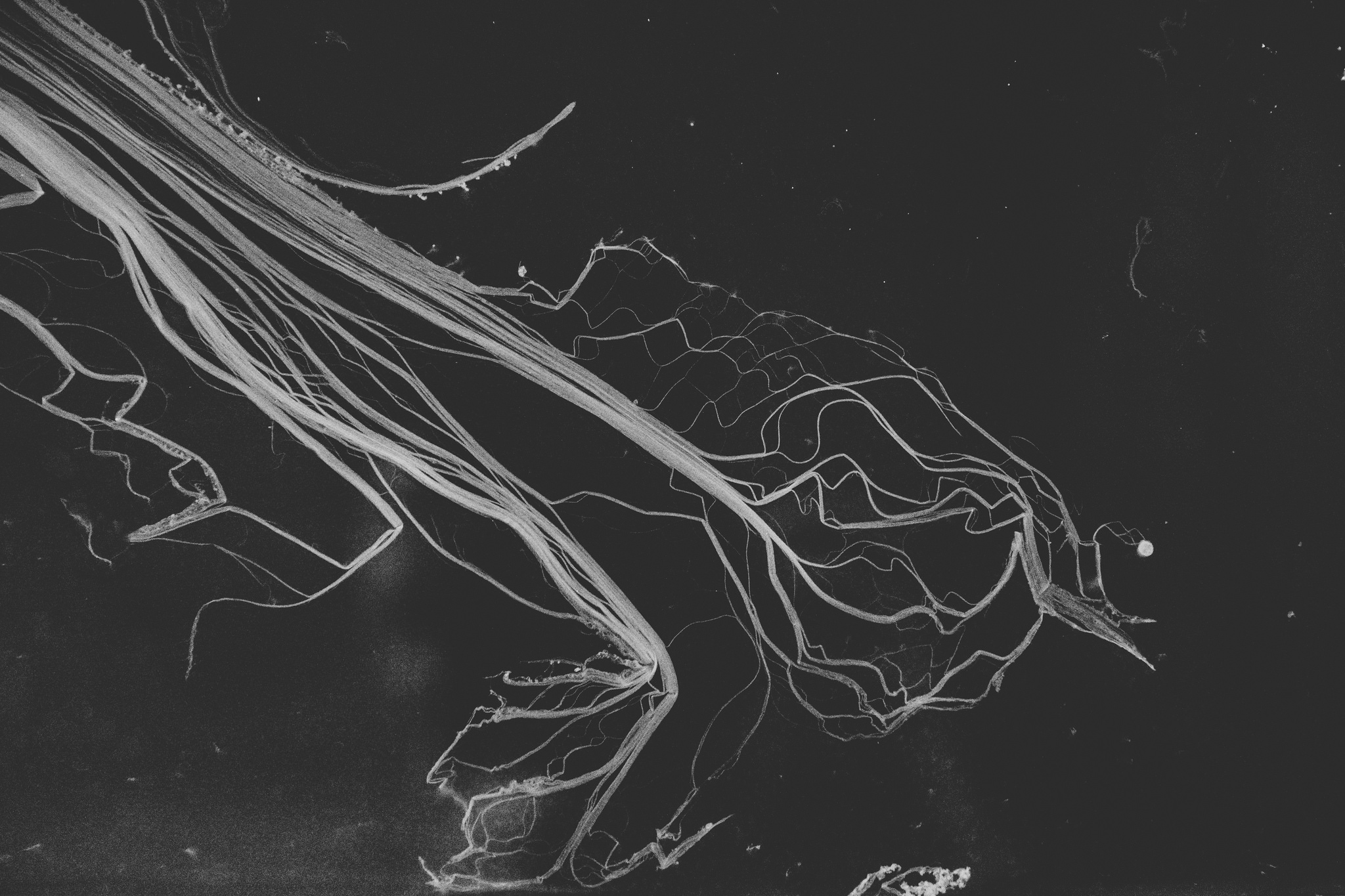 (photo “Shoestring Theory” by Tyler Malone aka The Second Shooter)

What theory unifies forces, weak, strong, with gravity— also, to which belong all the string theories of why and because?

To answer these queries, M-theory does.

Proponents aver it offers clarity as to the issue of singularity.

We’re not gonna be a spoiler on these cosmic queries. Go get the rest of this starry story… right here!