“Everyone has been made for some particular work,
and the desire for that work has been put in every heart.”
Rumi 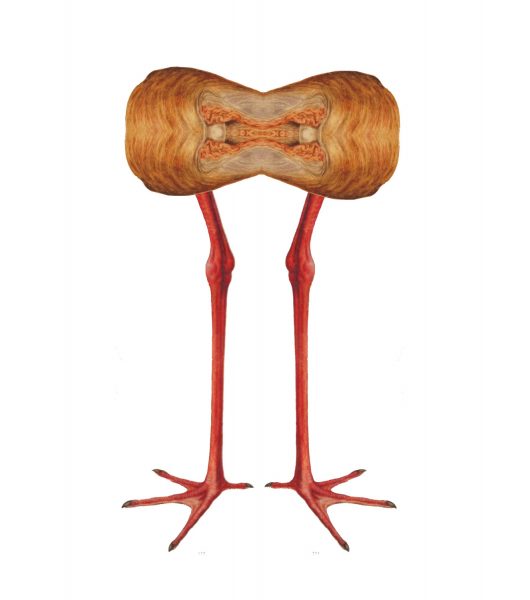 “Delirious As a Prolonged Arousal” (above) by featured artist Bill Wolak.

To see more of Bill’s twisted illustrations, as well as our other featured artists, visit our Mad Gallery!

This last week in Mad Swirl’s Poetry Forum… we drew from love’s deck to play the Fool; we scratched the scrapes of life on skin; we bitched out boundaries, lacking bonds; we listened to a wino’s lament; we dallied in drunken demolition; we planted seed, cultivated care for friends in need; we entreated an iconic singer to let life last long, to linger. It’s what we want, what we wish, why we write… ~ MH Clay

Don’t die, Bob Dylan. Don’t die not now. The clocks are moving backwards; their hands are out of work. The hours are aging, heavy and lonely, like old heroes from an ancient war. I don’t mean to sound like a coward, Bob Dylan. I’m not asking you to write the songs we need. I’m not asking you to give us a pound of flesh. You have every right to water your toes in some cool ocean, or to let someone call you grandpa. You have every right to write bad songs and sing them horribly. If I could wrestle a whale with whispers, or lull the moon to sleep with words, I would. I don’t need you to do anything – nothing at all – I just need you to not die, Bob Dylan. Not now. I need to know that you are living and breathing. I need to know that you can sing – even horribly. And that maybe, just maybe, I will sing with you and for you and for us all.

editors note: Musician as muse, so we are not mute. Sing out! – mh clay

A Friend in Need by Harley White

A friend in a pinch is seldom a cinch
to be found in a world uncaring.
Some might offer aid, then want to be paid,
with an attitude overbearing.

Friends made from the heart will never depart
though the way may be rough and tumble.
They stay at your side through a rocky ride
to help you go on if you stumble.

When myriad woes attack you like foes
or obstacles rise up in doubles,
those loyal appear to assuage your fear
and bolster your spirits in troubles.

Once it’s clear to you that a friend is true,
you possess a most precious treasure,
with rewards that grow far more than you know
or a jeweler’s loupe could measure.

If you’re tempest-tossed and find yourself lost,
shy of courage to make you bolder,
or your cherished hopes fly out of your scopes,
you can lean awhile on their shoulder.

Whatever the rhyme or reason or time,
by silent accord in friendship’s creed,
true friends will be there, your fortunes to share.
A friend in need is a friend in deed.

Aye, friends of this sort are a special breed.
A friend in need is a friend indeed!

editors note: In light of recent disasters, we’re thankful to see so many of these lending hands (and so much more) to those in need. (Read more veritas verse on Harley’s page.) – mh clay

Brick by drunken brick
I pulled my tenement apart
& put it back together across the street
Or WOULD have, except that the building
Already standing there, which YOU
Were supposed to have taken apart
Last night, was still standing
There. So nothing
Got done. So nothing. So I
Am going around the corner
To the bar & having a beer while
You take that stupid building apart.

Now
An interesting thing happened while
I was at the bar, to wit I blew the foam
Off the top of the beer and it drifted
Down onto the cheap pine top table
& turned into a garden. Events occurred
Among the tulips I am not at liberty
To divulge. Figures ambled down
The garden paths that I recognized
But can not name. Rosebuds were
Gathered and rose branches tied &
The only thing I could bring myself
To say was “Pass the pretzels,
Chaz,” & Chaz did, the bowl obliterating
The garden made of foam although
The pretzels were good, everything you
Could ask of pretzels and yet not too
Salty.

So
I said okay, okay, forget it, it’s fine,
Your nails are beautiful, let it go,
And I spread my hands in a gesture
(I thought) of dismissal, at which
The building flew apart and rose skyward
Like foam blown off a beer, corkscrewing
Up & up, and I gestured at my own
Building, & there it went, swirling skyward,
The drunken bricks weaving crazily
Around each other & you looked at me
With wonder & said my God! What
If they never come down??

editors note: In every renovation lie the roots of revolution. When that old décor has got to go… – mh clay

A Letter to My Roommates by Brendan Gillett

Someday, I want a love
that knows only the boundaries
we set for it

I want a love where things
are shared freely, where
the line between his and
mine is traversable and respected
in equal measure

I want a love where I can ask him
to sleep two feet away or
holding me close and both are
beautiful, needed

I want this completely bonded type
of love, but I do not have it
with any of you, so please
stop using my soap.

To the Day by Sanjeev Sethi

Windrows of unseen wounds
leap from snuggery of my skin,
competing with scratchiti
of silent but striking intakes.
Sometimes abbreviated
intimacies live like this.

This half way borrowed no-man’s land
of an attic suite
feeling so high, so bitter
on our correspondence
between truths in
this compromise facility
filled with rags, pets,
and uneaten takeaway foil.
Was it Indian or Italian love we had last night?

I only remember later my jealousy of your dreams
watching your eyelids flicker a future.

My own sleepless self
smoked on the balcony of this diced up lighthouse
above the Medusa wrangle of addictive tracks
running like bowels during the night
held by timetable glue
we all have our departure dates to think hard on
in our temporary tarot house
built with shards of light
from smashed glass
reminders of the latest fight
slamming doors and pirouette paper
strewn round the rugs like childrens’ drawings
in a Samson blinding day planning our exits
for a day, for a life, still somehow egging
for the child who’ll decorate
your own flat’s doors and fridge
Contrary or perhaps aware
of our listened to Walls and Bridges.

editors note: A knock-down-drag-out encounter in solitude; apart from together. – mh clay

Happy Need-a-Read Day! This pick-of-the-week short story, by Contributing Writer/Poet KJ Hannah Greenberg, is purr-fect to feed that need of yours.

Here’s what short story editor, Tyler Malone, has to say about this pick of the week, “Negotiating with Hostage-Takers“:

There’s nothing we want to get into that’s no another war. Neighbors, television commercials, specialized doctors, perpetual childhood, it’s all an enemy.

Here’s a lil bit of this tail-tale to get you feline fine: 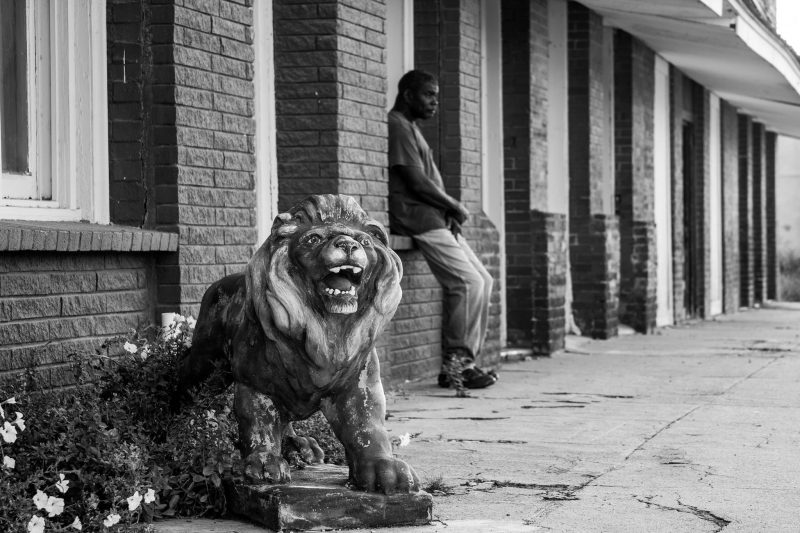 (photo “Lion Tamer” by Tyler Malone aka The Second Shooter)

Get the rest of this seemingly cat-ostrophic read on right here! 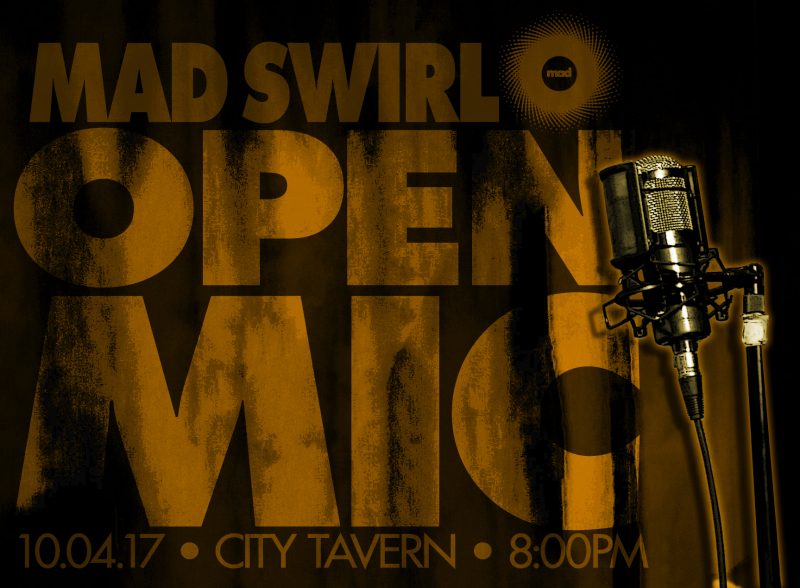 Join Mad Swirl & Swirve (with special guest Garrett Wingfield) this 1st Wednesday of October (aka 10.04.17) at 8:00 SHARP as we continue to swirl up our mic madness at our mad mic-ness home, Dallas’ City Tavern!

Come on out, one & all… share in the Mad Swirl’n festivities, & if the spirit is movin’ ya get yourself a spot on our list. Come to be a part of this collective creative love child we affectionately call Mad Swirl. Come to participate. Come to appreciate. Come to swirl-a-brate!

For you Facebookers out there, check out our our Facebook page to get you a spot on our list.