“If you change the way you tell your own story, you can change the colour and create a life in technicolour.” ~ Isabel Allende 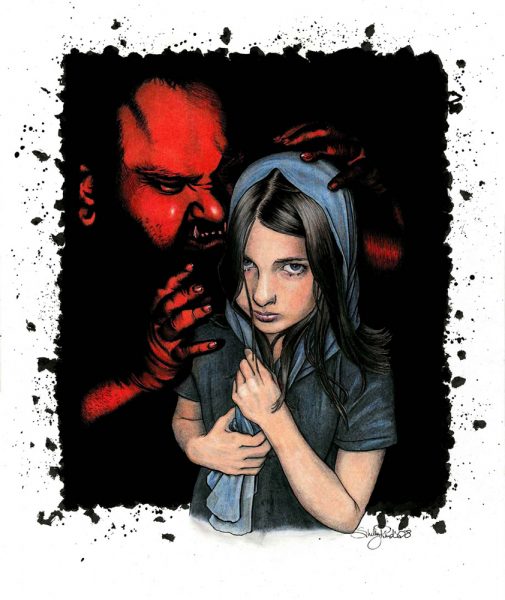 “Dreaming With Her Eyes Open” (above) by featured artist Shelly Denning. To see more of Shelly’s mad canvases, as well as our other featured artists, visit our Mad Gallery!

This last week in Mad Swirl’s Poetry Forum… we sought victor over vanquished; we wound away from apprehension; we opted for obscure optimism; we toppled from the peak of patriarchy; we sloshed in the slue of tidal pools; we thought to call the tune caught up in the pipers swoon; we saw the apocalyptic diorama, end times in cinematic drama. We pay for what we say. We say what we must. (We trust who we trust.) ~ MH Clay

There is a man of God in the hills
Of Tennessee who says our Lord
Is coming. Today. He scans the skies
For signs. He builds his kingdom brick by brick.

People say they look for Jesus
To return but don’t mean it. This man
Does. “Holy, holy. His house has done
Arrived. He ain’t gonna be far behind.”

There is the throne of the Lord,
Built from old Coke bottles. There is
The chamber for the saints, made
From egg cartons. There are the

Words of the prophet, scribbled
Like graffiti on walls fashioned from
Plywood rescued from a dump.
You can’t and won’t miss the words

BEHOLD A PALE HORSE, since he
Underlines this citation with red chalk
He found in the garbage can of a bible
School which closed last year.

He tells the reporter who comes
To do the condescending story,
“Jesus started to speak with me,
In private messages, in 1982.

Before the Lord showed me his spirit,
I was that guy in the neighborhood
You kept your kids well clear of. I wrote letters
To presidents, popes, and professors.

You laugh: someday no one will be laughing.
People mock what they don’t get.
Our Lord was laughed at by killers,

Thieves, and low-lifes. As soon as
I can pay back the government folks
At the hydro office, I will turn the lights
On here at night so, for miles around,

People can see my signs, can know
The end isn’t coming, it’s here.
I’ll do em up good, when I’m done,
They’ll be lights that can never go out.

editors note: We need these beacons to bully us into submission before… well, we don’t know exactly, but, by god, beware! (Congrats to Brian on his new collection, Weekend Getaway at Generic Hotel. You can get a copy here – check it out!) – mh clay

He’s not been a-roving yonder
over hill and dale…
but, watching from the shadows,
‘neath the outside windowsill
of your awareness.
Sneak-thievery of dandelion wishes,
emotional daydreams and the like.
Syphoning every morsel of information…
ready to ‘Future’
spellbind, gobsmack and amaze.
With a false clairvoyancy
so apparently tangible in its spectacularness…
it is only matched on scale
by its intricate deceit.
The reality is an illusion, completely…
you will only be ‘Thinking’
that you have in fact called the tune…
which he is busy weaving, as we speak,
Into an inevitable crown of thorns
and public crucifixion, just for you.

editors note: We seek the man behind, only to learn – it’s all mask, no behind. – mh clay

Down to the Ocean in Hopes by PW Covington

Quietly pulled to the liquid, unleashed
Free from expectations and experience
Universal flow is dancing

The streams and rivers that have scarred her life
Highways and streets, slashing through
Original wilderness, original paradise, original being
All return to where the sun surrenders to waves and depth

At the wet communion altar rail, she prostrates
With sand caking her knees and thighs
She petitions the ocean with a knowing smile
Her flesh exposed, like a tender bloom, too long in the desert

She has never been alone.

editors note: For all our self-imposed supremacy, we are always (and ever) tamed by the sea. – mh clay

Parents of mine gifted me an ancestral gift
Acronym of submissive attitudes and rebellious households
Tired limp bodies from the routines of every night
Roaring of abuses and touches hushed up in long veils of cultures
Invisible stains of countless deaths whose murderer is out on bail
Anarchy of voices, together but always pulling each other behind the curtains for speaking aloud would result in unintended censoring
Ripen spirits to take what has been always theirs
Crushing dominance and reclaiming their own homes
Hands raised at each other and not with each other
Yelling and urging others to break the prison but yet to find their own key to freedom

editors note: My preoccupation with pleasurable pursuits impairs my perception of your poor excuse. – mh clay

Sometimes
the
moon
looks
like a lonely
cut lemon

it’s
not that
I don’t want
to…

it’s
just that
I don’t want
to

editors note: For all you closet howlers out there. (We welcome Bradley to our crazy congress of Contributing Poets with this submission. Read more of his madness on his new page – check it out.) – mh clay

A BATTLE ROYALE by John Grey

At the end,
we lovers are weary as boxers.
This is no mattress
but a mat.
We’re not in bed.
Welcome to the ring.

Lovemaking is
a befuddling expression
There is no making,
only subtraction –
a pillaging
a wearing away.

It can only end in exhaustion.

And if one of us
doesn’t make a move soon
we’ll both be counted out.

But what about the “love” part
of the word you ask.

editors note: When either is a winner, both are losers. – mh clay

Happy Need-a-Read Day! This week’s featured short, “This Is What Love Is About“ comes from Contributing Writer & Poet, Carl Kavadlo​.

Here’s what short story editor, Tyler Malone, has to say about this pick of the week:

Genius: It’s feeling the fire, it’s holding the smoke in your hand.

And here’s some seeds of inspiration to get your read need goin’: 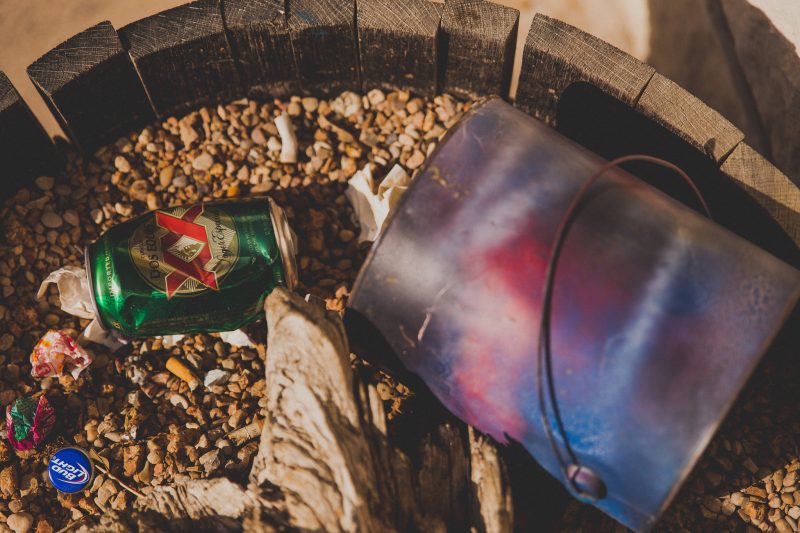 (photo “This Is Inspiration” by Tyler Malone aka The Second Shooter)

“You see, there’s always an increase in stake and a gap and a back up against the wall. Now, look…” He flicked his cigarette. “No matter how much you write, you want more.”

Lilly was just listening. Herb was in one of his moods.

“It was cool, so clever, the way that thing just arrived in me.”

Herb lit another one. They were eating Italian in Newark. He was not going to stop smoking cigarettes with food just because some hotshot New York mayor was on a power trip.

“It came to me so nice. The window of the practice room. It just entered my mind. Flew into it like a bird. From there I built the rest of the thing.”

“And I suppose the bird built the nest for the little details, so they could take off.”

“Actually, that’s not bad. But I’m the house intellectual. But what hurts me, is I write one, my mind is dead. I always think, Okay, I’m finished now. Where’s the luck gonna come from?”…

Where does the luck come from? Perhaps you’ll find out when you read the rest of this tale HERE! 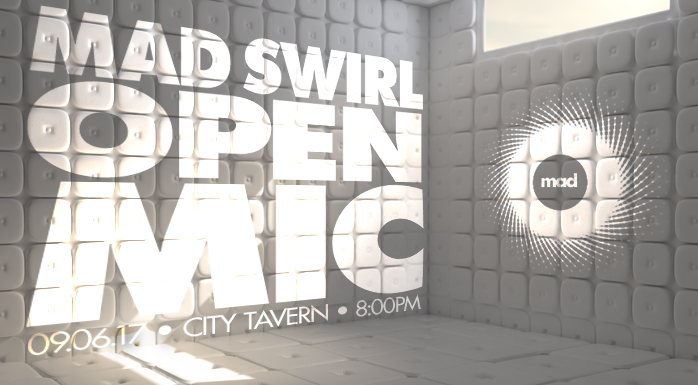 If all y’all are feelin’ a bit crazy, well we got just the cure for you…

Join Mad Swirl & Swirve (with special guest Thaddeus Ford) this 1st Wednesday of September (aka 09.06.17) at 8:00 SHARP as we continue to swirl up our mic madness at our mad mic-ness home, Dallas’ City Tavern!

Come on out, one & all… share in the Mad Swirl’n festivities, & if the spirit is movin’ ya get yourself a spot on our list. Come to be a part of this collective creative love child we affectionately call Mad Swirl. Come to participate. Come to appreciate. Come to swirl-a-brate!

For you Facebookers out there, check out our our Facebook page to get you a spot on our list. 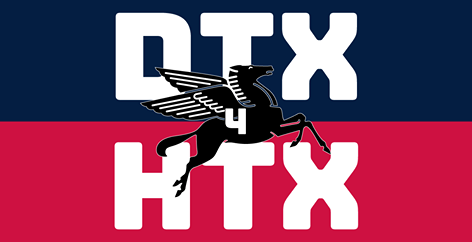 Our Mad Swirl Open Mic home, City Tavern is participating in a City wide fundraiser THIS FIRST Wednesday for Houston. The generous folks at City Tavern, as well as other kind-hearted biz’s in Big D will be donating 20% of sales. Go to Central Track for all the pertinent deets!