“There is a pleasure in being mad which none but madmen know.” ~ John Dryden 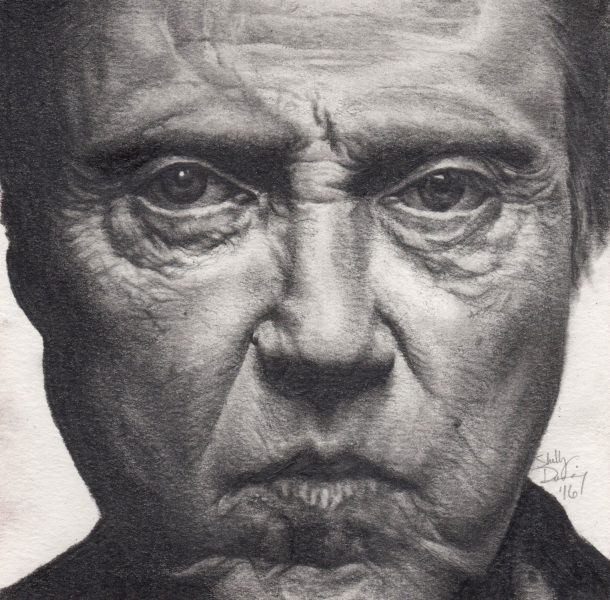 “Walken” (above) by featured artist Shelly Denning. To see more of Shelly’s mad canvases, as well as our other featured artists, visit our Mad Gallery!

This last week in Mad Swirl’s Poetry Forum… we lazed in sand as surreptitious peepers; we mused on blues in a jazz venue; we remembered a man, empty house as grave; we awaited the warm-up where more is cheaper; we sowed in peace, our name to choose; we ran as wild, our selves to save; we saw, deceived, betrayed in love, enough to shame the moon above. If our eyes be dark, then where is our lightness? ~ MH Clay

for all I
care

I have seen the whole
of the human race
live horribly

and continue
in the worst
of ways

betraying the ones
they love
so convincingly

the moon could land
on itself

OUR BEAR AND OUR WOLF by Cheyenne Gallion

Our bear and child of bear
Waking us
A fourth time
I woke up and got out of the stained sheets, mattress
Soft and bitter, rind of memory
Exposed
From here to where there was water

Our wolf knew all the things we thought
Not to talk about that day
Eye here and here
With us waking, naked and wondering
Where we left
Everything we knew we knew last night
Or two nights ago or whenever
It was, we decided to cut through the night
Lights lingering in a timeless white lie

Like those concrete cows under the tree, empty
Trinity River basin in the dry winter heat
Of Dallas’s concrete asshole still steaming
From last summer and last year and that one time
Electricity sprang from the cables above us and Saunter, black
Angel, in a dark dark moment
We collided with
Each other and all
The things and things and things
That came after the sparks
All ours to destroy
Ourselves with, together as we remembered
Each other for the first time again
And again and again
We ran like the children of bears and of old wolves

editors note: All our unknown aspirations, howled and growled in animal intent. (Read another from Cheyenne on his page; a companion to this one, an age-old adage from when were young. Check it out!) – mh clay

Choose your name by Surbhi Anand

Wash your lime, peel yourself
Be blue gem,
Never be in hot pursuit
O blunt! Lopsided smile
Your spirit has muster for yourself
So……
Make a bid
Sow your peace seed
Then you will sound
By your fruit name
Set out… !

editors note: Know your tree, then fall not far from it. – mh clay

(a hand on my shoulder)

Hey –
Are you okay?
There is water behind the counter

(a woven hum from somewhere below
trapped under boards
made of paper, made of tree roots)

(step into the clutch of a close feeling
a frayed, threaded carpet burn
scar of value)

THE SAILOR’S HOUSE by Alisa Velaj

This is the land lot,
while the vegetation around – the only surviving mark
of the house that succumbed once the man did.

Every time he headed to and back from the seas,
the Viking descendant left and returned to his abode
surrounded on every side by trees as high
as his giant build.

One night, alas, he couldn’t make it back,
abandoning home all on its own – first time ever!

All that the following morning witnessed
was a catacomb
of roof and walls and trees flattened aground,
and a flock of seagulls paying their last respects
up in that patch of a mournful sky.

editors note: The story that place can tell when person has passed. – mh clay

Thelma at HR-57 by Marianne Szlyk

After setting down her plate of chicken,
red beans, and rice, Thelma settles in,
full skirt spilling over the folding chair.

She sips Diet Coke, her one concession
to a snug waistband, as she watches
her husband step up to the spotlight.

She closes her eyes, tries to forget
the other musicians crowding the stage
at this Thursday night open mic.

She opens her eyes once her husband
plays the first notes on his guitar
in this dim, smokeless club. She recognizes

the song, “Blue Moon.” He’s played it
at home many times, sometimes fast, sometimes
slow. The notes hang in the air

like perfume would if anyone wore it
nowadays. She shushes the thin girls
at the next table although she knows

his guitar is louder. He speeds up,
and rainstorm notes flood the narrow room,
obscuring the distant moon.

She imagines the notes rushing onto 14th,
nipping at the ears of couples.
A young man in a vintage suit

raises one eyebrow. Her sister Callie winces,
lifting a bottle of low-carb beer
to her black lips. Thelma sits up,

letting her dinner cool as she applauds.
Then an old man raises his horn,
bringing the song back to jazz.

Nude in the Dune by Walter Ruhlmann

The sun strikes the sand, the skins – all unveiled, tanned.
A black cap on an iridescent towel appears from the dune
at the back of the beach, a yard or so from the shore, a head
rests underneath, not buried in the sand – it also bears shades.

Laughters disturb the peace, children fooling around,
a gull maybe, or a girl whose shriek erupts from nowhere
and lacerate the ears, the sun-dried dreams from half sleeps.
Other heads raise, groans are heard, bodies turn over,

ready for a second round of toasting in the blazing light
of August. All ages gather there, all shapes admitted.
Breasts and penises visible for anyone’s masked eyes,
pretending to sleep, to read, or ostensibly glazing, shamelessly.

editors note: No shame when all sneak the same peek. – mh clay

When it comes to this week’s featured short, “THE DEEP STATE” by Carl Perrin we think Aristotle may have put it best when he said, “Life must imitate art because there is nothing true, other than our manifest emotion.” 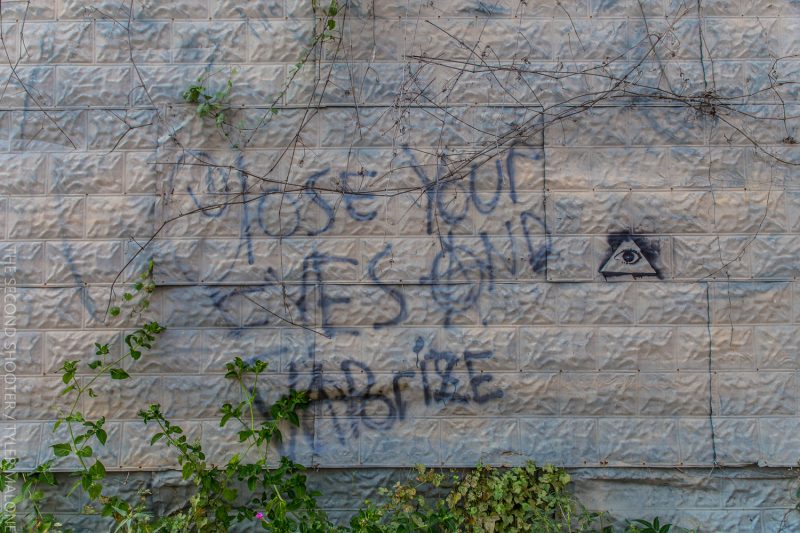 AS SOON AS YOU GET THIS MESSAGE, DECODE AND READ IT. THEN DESTROY IT ELECTRONICALLY SO THAT IT CANNOT BE RECOVERED

Human beings have shown themselves to be too stupid to govern themselves. They fall for the most outrageous lies and vote for candidates who are clearly unfit to govern. Our movement was started to protect people from themselves. We are the Deep State, the bureaucrats who actually make the government run. The movement is made up largely of androids and those human beings who are rational enough to recognize the danger we are in. Over the past six years we have been able to get our members into key positions in every government agency.

Just two years ago we were able to save democracy from President Parson’s attempt to destroy it. When Parsons tried to declare a state of emergency that would have suspended all civil rights, the members of the Deep State were able to stop him. Our people in crucial spots in the military, the intelligence services, the judiciary, and congressional support were able to roll back the state of emergency before it could take effect…

Get the rest of this too-close-to-reality read on right here! 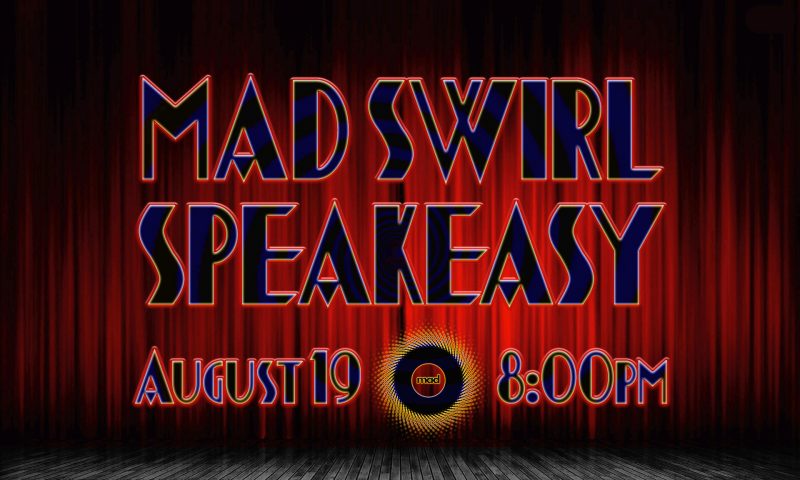 Thanks to all who made it out last night for our inaugural Mad Swirl Speakeasy! To say “what a night!” would be an understatement. We thinks “Awwww!” sums it up best.

HUGE grats to our features, Ryan Quinn Flanagan​ & Cheyenne Gallion​ for shining their mad light upon us all.

Stay tuned for the Fall Edition!