“Part of the fun of art is that it invites you to interpret it.” ~ Tony Kushner 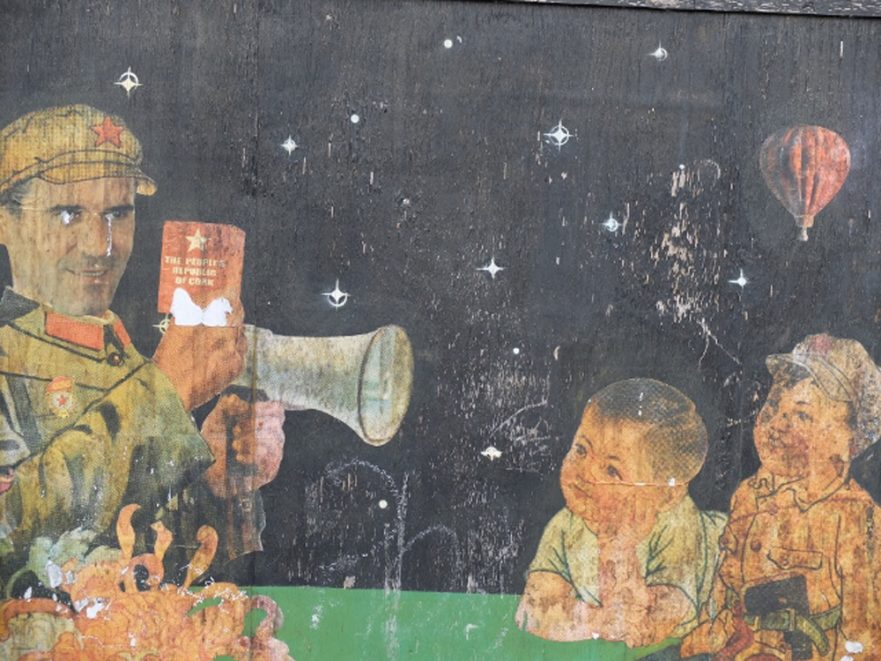 “People’s Republic of Cork” (above) by featured artist David J. Thompson. To see more of David’s mad snaps, as well as our other featured artists, visit our Mad Gallery!

This last week in Mad Swirl’s Poetry Forum… we raised Cain, again and again; we took a cold bath to wash away sin; we moved in the melee of morality; we abandoned abundance to scarcity; we struggled to speak the best word for else; we spun some wicker licked night time spells; we bared all, no shades, no walls. They come tumblin’ down… ~ MH Clay

something about this guy’s glasses,
hiding
in his glasses,
his shades
and me sitting writing
nakedly,
not concealing,
bearing it,
embarrassed over the
weaknesses
and inefficiencies
and flaws over
my body of work –

his body
concealing
in
shades
thinking
he’s getting
away.

yet
the only way to build a body
is through
shattering it in nakedness
in vulnerability in uncertainty
in naïvete.

the only way to destroy it
is in protection.

editors note: So, take off your shades. I dare you. – mh clay

a wasp licks the wickers by Allan Harold Rex

naught that vanquished by Volodymyr Bilyk

naught
that vanquished the awkward,
a solemn flat-line,
thought to be a cliffhanger…

…that particular kind
of silence
– where the response should be…

this lingering folly,
a vapid contortion of sorts –
written off nastily
while longing for else
on a whim of spelling it out.

editors note: The unspoken, the else. Can’t quite put a finger on it… – mh clay

The water table of equanimity
has drained beneath the range
of buckets.

The well-borer’s drill unearths
nothing; the dowser’s rod
refuses to quiver.

Desperate for clouds, we suck
road gravel in the glare
of our own sun,

then, grinding within and
without, we abandon all
we have made.

This is a reaching out,
an admission that you and I

are just the trial size
of some divine product.

We concede the advantage
to that which nests

in our thighs.
We exhale an ironic song

of praise to briefly enhance
that which irons

its pants on the sidewalk’s
less-than-ideal surface.

For the sake of hanging gardens
and the shadows they cast

plentiful, even redundant,
sometimes a nuisance but never

a threat, for the sake of corn
and Christ and pity,

we must keep our zippers well oiled
but stuck in the up position.

editors note: Oh, to ache for the sake… – mh clay

Pale periwinkle stretches on the walls
when light beams through thin clouds.

Lying on the floor, the sheet and sheer
pajamas cling to my calves.

Plastic wrinkles as I move, and you,
sprawled out on the vinyl mattress like a starfish,
scrunch into the fetal position.

I slide in a cold bath like a slippery minnow.
You pull me out, leaving the unborn under the sink.

a country,
a feud,
two hundred and fifty years old,
bursting through the years to modern time,
both sides,
disappointed,
keeping track of misdeeds,
generation after generation,
bloodshed justified by both sides,
biased by the pain,
through the years,
never resolved,
or ending,
the mark of Cain,
a communal mark,
on every head.

Happy Need-a-Read Day! We here at Mad Swirl can feel some “magic” in the air today. No really, we literally & literaturely do…

Is it because this week’s featured short, from Visual Editor/Contributing Artist Madelyn Olson, is titled “Magic“? No, this one truly is magical.

“Ask a parent if they’ve ever made magic. If they see into another plane, there’s hope they’ll say, ‘Out of nothing but my own life, I made you.'”

Here’s a li’l abracadabra to get this spell goin’: 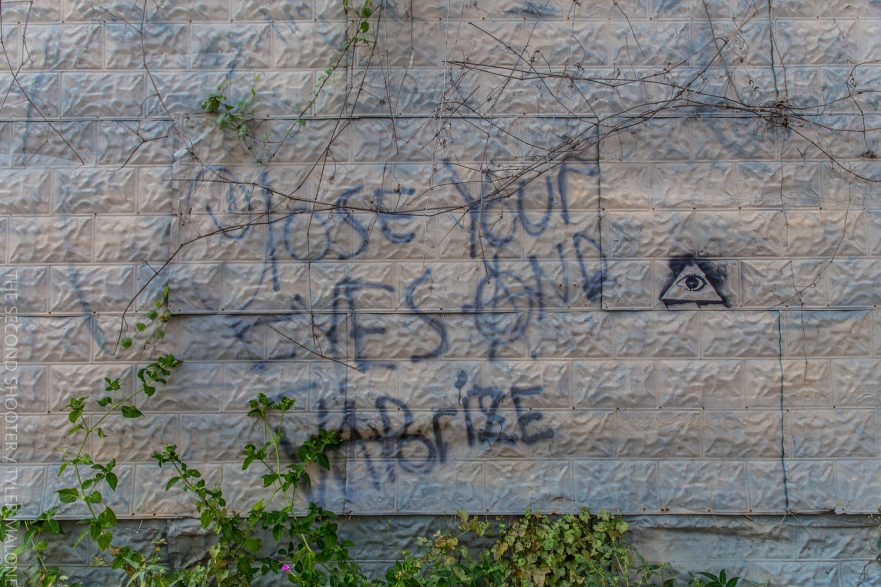 (“Mother’s Eye” (above) by Tyler Malone aka The Second Shooter​)

I grew up thinking my mother was magic. She recited memorized poetry in the bath every night and when she was home (which was often), she was naked, if not in her long silk robe that always drooped lazily, untied, and exposing her all the same. She smelt of rum and frankincense and had hair so long and so thick that her braids looked like manilla ropes. She had never worked a day in her life, she never had to. She painted still life and they would hang in coffee shops until they’d sell for one-hundred bucks a piece. She’d spend her earnings on incense and lingerie and tubs of cookie dough ice cream, never on bills and never on us kids but that was fine. My father supported our family as a finance broker, though I think he resented her for this. He was a painter, too, but stopped pursuing the arts when my oldest brother was born.

My mother kept philosophical books around the house but I never saw her read them. She would buy exotic fruits from foreign markets and never eat them. She counted everything in fours, it was her lucky number and she swore by it, obsessively—that was why she had four kids.

She called herself a psychic. She swore she could look at anybody and see their past life and past death. This was her favorite, I think, because no one could ever prove her wrong. I had been a man living in South Africa, she’d tell me, looking me right in the eyes like he was in there somewhere. Two kids and a wife. I had drowned.

She claimed to have visions in her sleep but never proactively, only once they happened.

“I dreamt about this two nights ago…” she’d murmur with a sort of stunned fascination. I’d been equally fascinated for years. My mother, pure magic. Over time, though, I started finding it phony…

Get the rest of this mad-gical read on right here!