“The only people for me are the mad ones: the ones who are mad to live, mad to talk, mad to be saved, desirous of everything at the same time, the ones who… burn, burn, burn like fabulous yellow Roman candles.” ~ Jack Kerouac 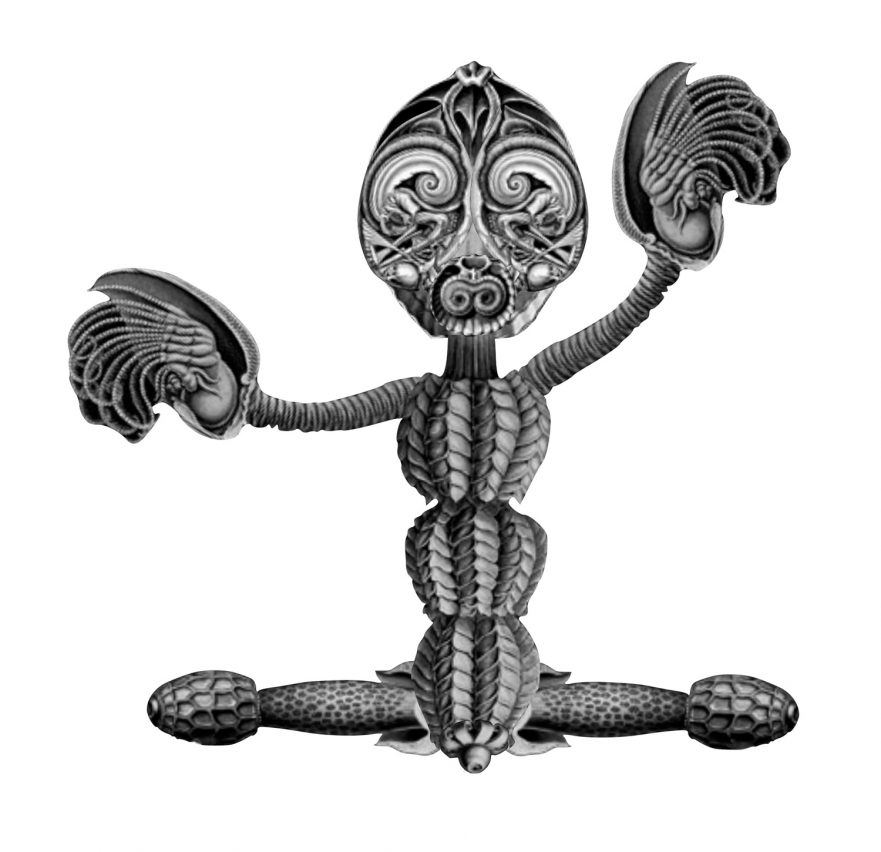 We revisit an ol’ favorite in our Mad Gallery… and could you really blame us? Bill Wolak continues to win our mad beating hearts with his always symmetrical and ever-enticing collages. The fascinating, layered detail in each individual piece is a little too easy to lose yourself in… and that’s just how we like it! And we’re betting that’s how you like it too… ~ Madelyn Olson

To see our other featured artists, visit our Mad Gallery!

This last week in Mad Swirl’s Poetry Forum… we pear plunged, hushed to hear, skinned to the end, rock hunted (hole found), gathered and spilled, drizzled and splizzed, peeped and plummeted. Around and around and around… ~ MH Clay

The Ascension by Jeff Grimshaw

I balanced on the window ledge and scraped the decal
From the window glass. “Now try and find her,” I said,
And fell five stories to my death. But later that afternoon

I wobbled on the window ledge and tapped the window
With a hammer until the cracks webbed across the glass
“This will fall into a thousand shards next time you lift
The sash, O I wish I could see your face then,” I said and

Dropped backwards, seven stories to my death. But
It was nearly dark when I crouched on the window ledge
Drawing dicks and maniacal clowns on the glass with
My grease crayon, “And your whore of a mother, too,”

I laughed, and plummeted 19 stories to my death, my eyes
Never leaving the horrified face of the woman leaning out
Of the window over yours. She was pretty, I thought, though
Of course it’s hard to tell for sure when someone is

editors note: You can’t make this kind of impression with a dating app. (We welcome Jeff to our crazed conclave of Contributing Poets with this submission. Read more of his madness on his new page – check it out.) – mh clay

Farewell to day. The heat layered
high through dawn, spreading wide over
spaces where long shadows formed beyond
ancient obstacles burdened into place.

People casually scattered. Stars opened
their windows onto a black sky. The desert
diner closed up; its neons splizzed out a last
drizzle of sparked light.

A warm migrant breeze slipped over the road.
Coolness followed, pressing onto the sand and
weeds and anything occupying space.

The car’s engine shuddered and then groaned
into labor breathing. A cylinder war under the hood
struggled to maintain life.

A cloud of dust rose from the car as I tossed a
bottle at the last road sign.

What starts is never what arrives by Mary Saracino

The wooden door swings open
hopeful feet travel the long road
stepping on stones from here to there
traversing the serpentine path from home to hinterland
dusty shoes, tattered coats
hats soggy from sleet, from dew
bellies hungry for bread, meat, comfort
open fields, lonely mountaintops
biting brambles, wind-blown wildflowers
beneficent bees, boisterous birds
massive oaks, thorny roses
swollen rivers, unfathomable lakes
wind and rain; snow and sun
we begin the journey as pilgrims
end the journey as refugees
longing for where we started
uncertain of where we have arrived
our skin tougher, more wrinkled
our hearts opened, yet weary
our hopes and dreams forever altered by
the weather, the whims of chance
the kindness and cruelty of strangers
the losses and joy, laughter and tears
gathered or spilled along the way

editors note: Pilgrim to refugee; may we gather more than we spill. – mh clay

I shall find a rock
big, hard, cave-like,
home.

Small fire,
a cat or two,
weave moss for coverings.

Crawl space,
one stand up in the middle,
a hole to the world.

There I shall make a life,
dream a fairy world
and venture out feet first.

editors note: A happy habitat; good for a stand or a dirt nap. – mh clay

Cross-legged by the pond
where the world is quiet
enough to hear the caterpillars,
newly hatched,
munching leaves overhead.

I want to look inside you-
To see your mixture
of love and anger,
untangle
the deception residing there.

Your musky scent lingers
in my mind like rays of light;
I lean forward to see my face in the water.
There’s nothing in it
but yours.

No flame reflecting in our eyes.
Every comforting adventure
of skin on skin
will end –
As surely as summer does.

editors note: When lover proves to be luster, only. – mh clay

A Sudden Hush in the Wind by Stephen Jarrell Williams

stillness over the streets
over the land
over the mountains

everyone stops
with a spirit to listen

we bow
asking Providence
our purpose

before the storm
blows our flowers from the fields.

editors note: Yes! Listen and let no one else tell you what you hear. – mh clay

Early afternoon’s minutes dangle
precariously on raw green pears.
Marauding squirrels leap down from slim
Hickories like crows swooping to road kill.
Tugging each pear from its stem, knife teeth
incise chunks of sour nut-hard flesh.
Inviting the ants to come dine, the
wounded pears plunge to the grass. Their falls
are dead with the thuds of cracked drum heads.
Fermenting into soft cidery
brown spots, their relentless unconcern
joins wounded fruit from yesterday—and
the day before. By dawn, they’ll sweat
with cool dew. For now time’s all a waste.

Who needs-a-read? Well we had a feline that you did!

This week’s featured short comes Contributing Writer & Poet Donal Mahoney. If you have can handle a cat-ostrophic subject matter, then “An Immodest Proposal” might be just the read to feed ya’.

“The only natural resource that we should be worried about is human ingenuity. When hungry enough, though, our stomachs and brains will cook up something to save us all.”

Here’s a morsel to sample to see if you can stomach it: 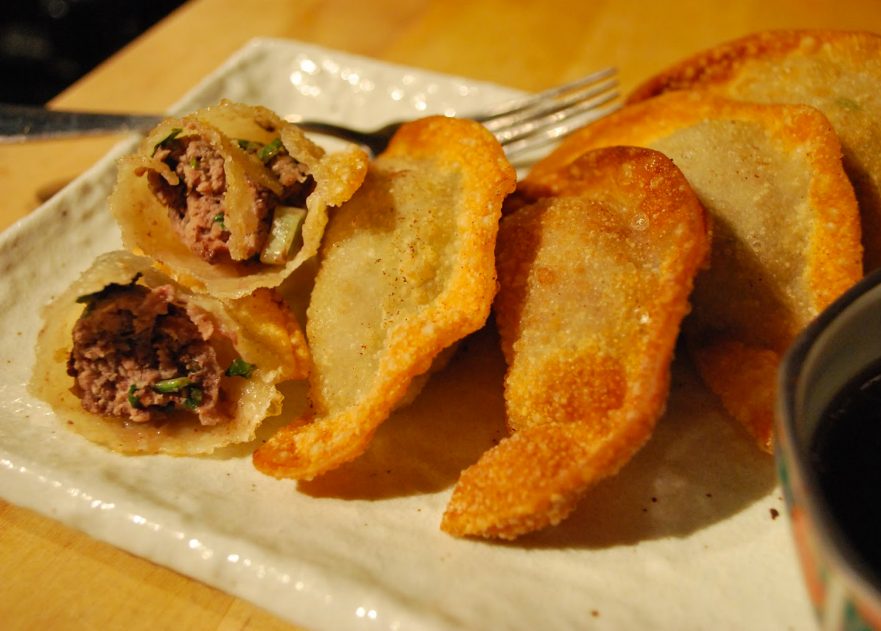 The other day I was talking to a neighbor who said he found a way to help the poor and improve our environment simultaneously. It’s no secret, he said, that we have a dire food shortage among the chronically poor. It’s also no secret, he pointed out, many of our cities are overrun with feral cats.

Organizations already exist, he said, that trap and neuter feral cats and then let them loose again. These cats, he said, turn up on our porches, tails up, looking for food.

My neighbor is a wild game hunter who has hunted on many continents. The heads of many of his prey are mounted on his walls. He says he should not be the only one hunting feral cats in an urban environment, something he does when he is not overseas hunting bigger animals. He sees feral cats as a viable food source not only for the poor but for anyone who likes wild game.

He’s partial to a dish called “Feral Cat and Dumplings,” a recipe he shared with me after I talked with him in our alley early one morning while taking out the garbage. He had a lumpy canvas bag over his shoulder and said he had had a good night hunting. (He didn’t say anything when I told him I thought I saw one lump wiggling.)

Get the rest of this tail right here…