“A person needs a little madness, or else they never dare cut the rope and be free.” ~ Nikos Kazantzakis 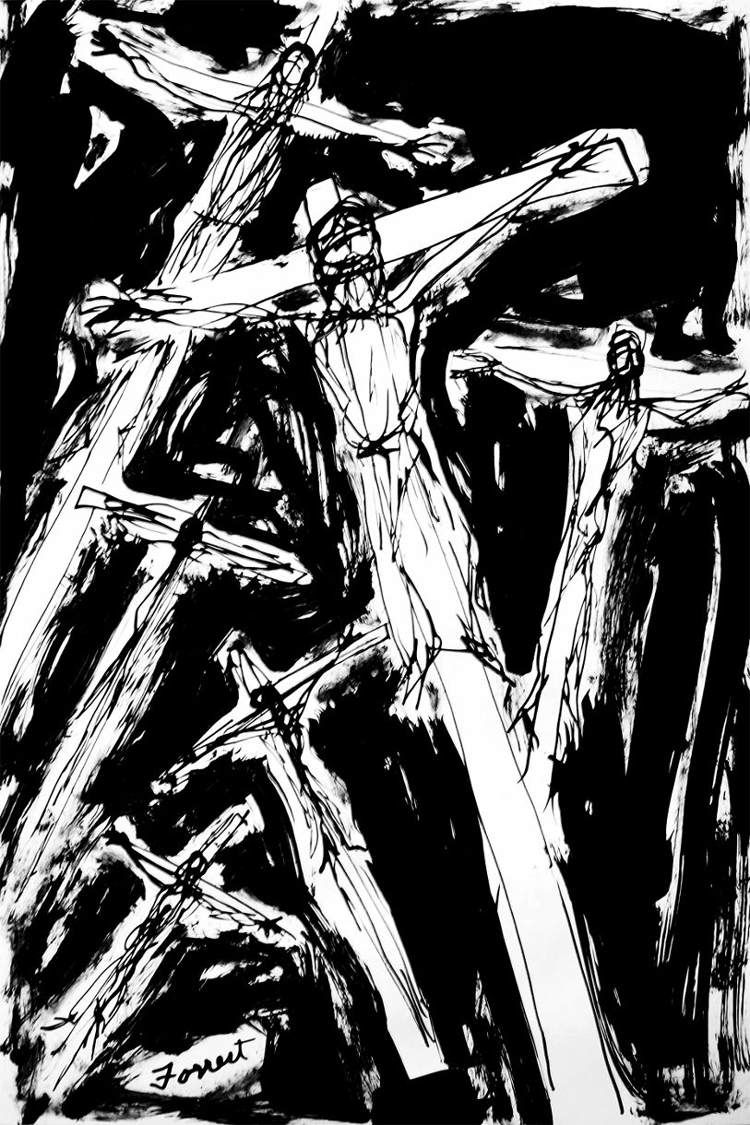 “the forgotten (3)” (above) by featured artist Allen Forrest. To see more of Allen’s mad illustrations, as well as our other featured artists, visit our Mad Gallery!

This last week in Mad Swirl’s Poetry Forum… we grew up hard or happy, recollections severe or sappy; we cloned a traffic cone; we lost love spoken from pieces broken; we heard a film fest song go like a rongorongo (no girl got, hooked up, not); we pumped out flies with compound eyes, the fruit of propitious birthday wishes; we clammed up on the caprice of come-and-go; we caught the caress of morn’s sweet dress, brushing softly, only across the brow of lonely. Comfort in conversation. Keep talking, please! ~ MH Clay

Again I will speak clearly,

So drained that I keep this smile to hide all my past and present pains as others have called me many of names that I’m not, been on many of bended knees asking for silence to break the disgracing words of unjustifiable speaking, standing as an entrance and exit and thank you never comes as ungratefulness runs through, the heart has fossilized, tears build and cannot fall and all is fine.

babbling. chains have crushed your arm, rabid lemmings carry you along. how your many abortions felt, on both sides. last request. cholera is your best friend and scurvy visits you every day, bringing presents and wild boars. another sun sets, planets course over your eyes. operation on the terrier a complete success. off the cliff, do come again.

after the birthday bash
i am tired

of loyalty –
the dry stone of a fruit

the collar of my shirt
is not an enough opening

for pumping out
the flies of myself

and sit
on the window-sill

outside all the compound eyes
gather in the front lawn

and scuffle like people
in the queues before ATMs

the mob is pushing me
into the enormous nucleus

of a Mrs. Malaprop’s cortex cell

editors note: And no word is the right word for how we feel. – mh clay

I saw an announcement of a film festival in Lviv.
It was about Psychodelic Cinema, but there were no real psychedelic films,
However, there was From Dusk ’til Dawn for some reason.
because this festival was by morons to morons.

Anyway,
i was chatting about it with the girl
with the starfleet insignia i wanted to take off
because…that’s not what the poem is about…

i was chatting about it with the girl
with the starfleet insignia i wanted to take off…
…and proposed my own version of psychedelic film marathon.
One film in particular had her attention
– it was Stay by Marc Forster.
And she wanted to watch it because i’ve mentioned it instead of Lynch’s Lost Highway.

several hours later,
when i completely forgot about this conversation
and was in the midst of procrastinating writing of something
– she wrote “I’ve watched Stay and it wasn’t any Lynch, no-no”

And i was like (cue Julia’s Bison): “Of course!
What the hell was i thinking about when i claimed so?
Was it…a spin?”
I really thought about it for a moment or so.
It was really an engaging act of pointless musing…

And then i wrote:
“I wonder what will happen when you’ll watch Carpenter’s Dark Star.
I hope you’ll write to me something like “it wasn’t any Kubrick, no-no”…
because you know it reminds me of some kind of sacred cryptic spell…

(since this conversation was in ukrainian
that phrase sounded like: “noo ne kubryk, nye”
Which really sounds like a rongorongo spell)

…and if you spell it – it will cause something-something Leonard Bernstein.
I believe you have such powers.
Please Please Please Let Me Get What i Want!”

I’m still waiting for her reply.

editors note: Yes, I think it was a Tuesday for me, too… – mh clay

I Exploded by R. Gerry Fabian

for your love.
When you held me
I burst in thousands
of directions.

Now you’ve gone
and I find myself
visiting all those places
and gathering back
all those fragments
of who I am.

Retrieving them is painful
but getting them
in working order
seems damn
near impossible –
at least right now.

editors note: One piece at a time, one piece… – mh clay

My car fails
in front of a line of orange pylons
and I take it as
a sign.

Cars fail all the time,
you say
but I know better.

The pylons are there because of construction,
you argue.

That’s how it may appear to
a layman.

But I live in the abstract,
see the many patterns.

I know how the fates conspire.

Getting out of the car
I take my place two-thirds the way
down the line.

Standing straight
and forever silent,
my arms at my
side.

Not orange yet,
but that’s what evolution
is for.

editors note: Naturally selected, a beacon for all. – mh clay

innocence rests in your eyes
I see my grandpa sitting on that porch swing
with a cup of coffee and a cigarette
smoke puffs like clouds above my head
a miniature universe and he is god
he tells me tales of time gone by
about flying kites and falling in love
he says that hope is like a bubble
mirroring the passion in the sky
he says it reminds him of my life
how I never quite touch the sunshine
but I also see my grandmother
standing by the kitchen counter
making peanut butter cookies
and telling me about growing up hard
she said her daddy never loved her
he never told her she was beautiful
he drank his life away
and she hated him until the day he died
and that hatred has eaten her alive, she says
I hear my mother
crying all alone in the bathroom the day her father died
I hear her whimpers pierce the hallway
through her fake smiles
barely reaching my ears before I fall asleep to dream
of my father’s hands
working hard but hating life
struggling just to put me through school
and give me the life he drank away when he was younger
I see a man
who can’t quite mutter the words “I love you”
a man
who was never told how beautiful his insides were
a man
who is struggling just to be accepted
the innocent blueness of your eyes is captivating
but it kills me more than you know
because I see a childhood
that never manifested
and a man with festering wounds in his heart
I see a soul ripping at the seams
but he seems okay
and you act alright
but I know that you are praying to a god you don’t believe in
and hoping in a light you’ve never seen
a light you never hope to see
like my grandfather
sitting on that swing
talking about the good ole days
the ones he can’t get back

editors note: We get angst with anticipation, but catharsis with recall. – mh clay

Need-a-Read? If you got a read need that just won’t quit, we got the fix to scratch that itch. This week’s featured short story comes from Dianne Lowe Breakfield.

“We’re all living to die, but at time’s end don’t walk into the light, make it drag you in kicking and screaming.”

Here’s a bit to get your read need goin’: 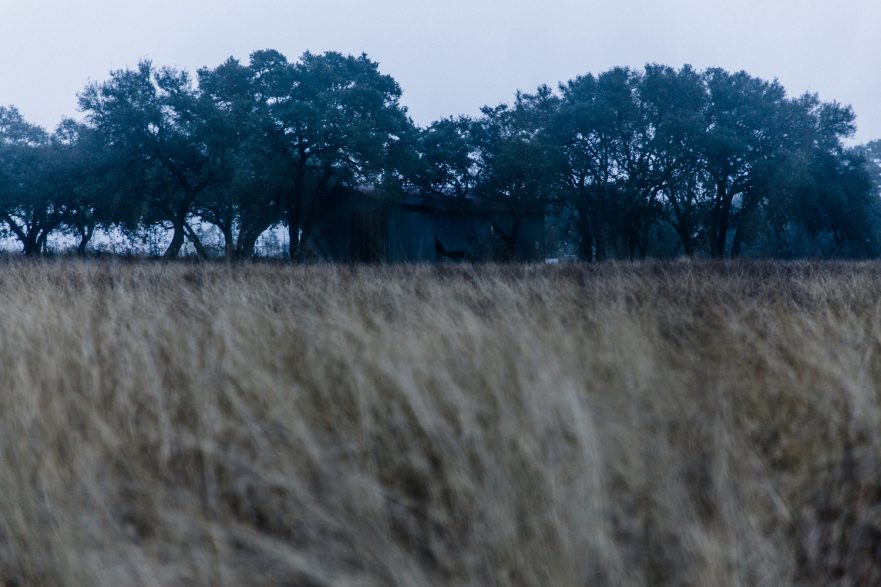 (excerpt from the short story “Immortal”)

Excuse Me Miss, can I ask you a question?
•••
Oh, no ma’am, I’m not trying to sell you anything
•••
No, no it’s not like that. I just want to ask you something if you would be so kind as to indulge an old man for a little while
•••
Well, what could I do to you in such a public place with this many people milling around and in full sunlight?
•••
You honor me beautiful lady, thank you.
•••
Oh, where are my manners? Please, have a seat.
•••
Forgive me if I am being a little forward, I know how some women are funny about being asked their age but I must. I am going to guess late twenties?
•••
Well, color me pleasantly surprised I would never have guessed you were pushing forty. You have taken good care of yourself That is an excellent quality.
•••
I understand your curiosity about my age and I mean no disrespect but may we talk a little more before I divulge that?…

Get the rest of this timeless read on here