“The modern artist… is working and expressing an inner world – in other words – expressing the energy, the motion, and other inner forces.” ~ Jackson Pollock 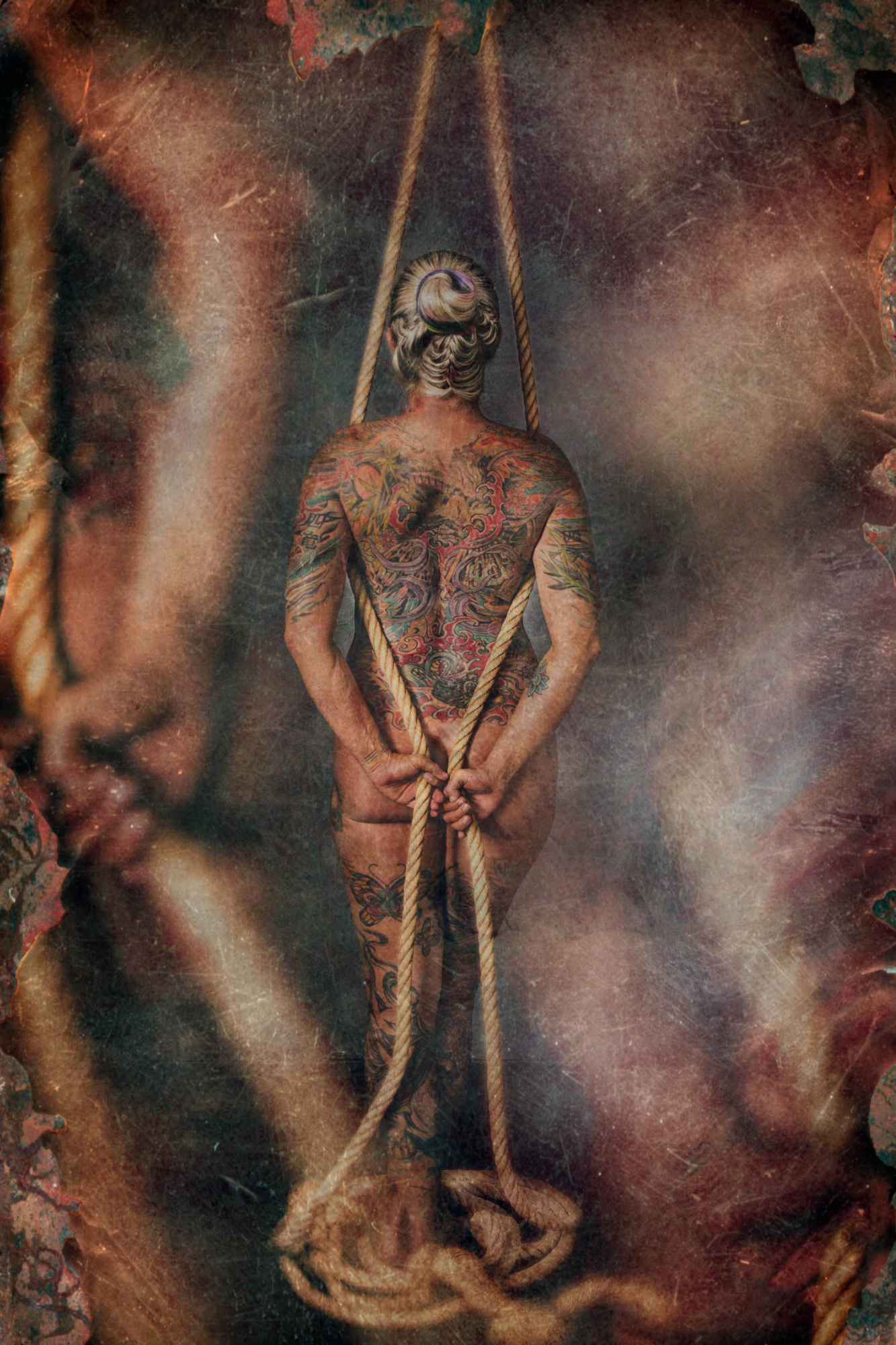 This last week in Mad Swirl’s Poetry Forum… we looked for life in a pile of bones; we bought a big bag to eat alone; we embarrassed ourselves at an interview; we (tried to) quit the job we didn’t want to do; we mucked in the mire of the PC scene; we handled hard time, if you know what we mean; we watched as dastardly masters dealt (in)justice to the just. Our words would wrangle rightness from all this fuss. Try, we must. ~ MH Clay

On that night of snake hiss
and cicada click,

beyond the bristlecones
and the blackjack pines,

ghosts with no faces
and whiskey-soaked souls

came to this place.
Chains and whips

and veins of fire
staining the black earth red.

Can you feel it?
The way the air still thrashes

from the man’s struggling feet,
the hickory tree weeping

its burn of rope,
its blood-soaked bark.

The wind is a saw-blade,
a talon, a fang.

drink sorrow
dripping from the moon.

editors note: No justice in this court. These judges, guilty to judge the guiltless. – mh clay

As best I figure
nobody got much.
I mean we’re all caught
in some kinda jail
waitin’ for parole.
An’ when it comes
it only means more of the same.
A different view maybe.

You know what I mean?

Meanwhile, we desperately scramble
to Brexit-proof the budget
as we like and share stock footage
of trite atrocities of dead babies in Aleppo.
And that is the question.
Has Poe’s Law become self-aware?
A troll; an elaborate practical joke.
Right? Allah, Buddha, Satan, Cthulhu.
Jesus Christ on a bike…
Please.

look at the balls on that guy by Ben Newell

I just wrote my letter of resignation,
saved that fucker
to my desktop for subsequent retrieval;
if only I had the balls to submit
the thing.

I have been castrated
by comfort
as the prospect of homelessness
frightens me.

I’m getting there, though.

Writing this letter of resignation is a step
in the right direction
and when you see me out there on the sidewalk
holding my little cardboard sign
please don’t let my enormous balls
scare you away.

editors note: There’s the problem with being a starving artist… the starving part. – mh clay

He didn’t bark –
he was the icy type –
his look slowly worked the meal grinder,
turning my confidence into hamburger –
then, when he was done,
he dismissed me
with a fierce wind
that blew me from there
like a paper bag running frantic
down the sidewalk –

that’s why,
when you saw me later,
I was nothing more
than a battle-scarred frown
and a mind that felt frayed
like a run in a stocking –

I can still see your face,
small and inquisitive,
pretty but not too pretty,
picking my version of events
out of the conversation like lint –

what could I say?
I was lamb – he was slaughter –
my resume was as thin
as the paper it was typed upon –

but never mind –
the air was rustling up spring.
days met my demand
for something longer and warmer,
and the coffee shop smell
was strong and friendly enough
to hire me in a minute –

I got the job I didn’t want –
and my ultimate disappointment
did my confidence
a world of good.

editors note: No self sale when not self sold. – mh clay

After his dad paid him in cash,
Joe let me tag along to the seven-eleven
Where he blew all five dollars
For a sack of candy. It was a stash
Like I had never seen or bagged.

He didn’t share any of the loot,
Which was ok; I was amazed knowing
A boy could meddle like a man
In a capital world, calling on commodities,
Letting his bank roll do the talking.

The longer we played the more risks,
Greater ventures we pursued, yet
Always we hearkened for that Friday
To steady us, to allow us to continue.

editors note: Invest all your earnings in the commodity of your choice and reap high returns (belly-ache or benevolence?). – mh clay

editors note: Dysfunctional, but through daily determination. (Listen to Jasmine read her poem here. Learn more about her story on her website, here.) – mh clay

Need-a-Read? Well Mad Swirl has got what you need from Contributing Writer/Poet KJ Hannah Greenberg!

“Hop in, we promise we’ll take you to madness as quickly as possible and invade the safest of private places. And if you see a body, don’t worry, after the first you’ll see more than a few.”

Here’s a bit to get’cha goin’: 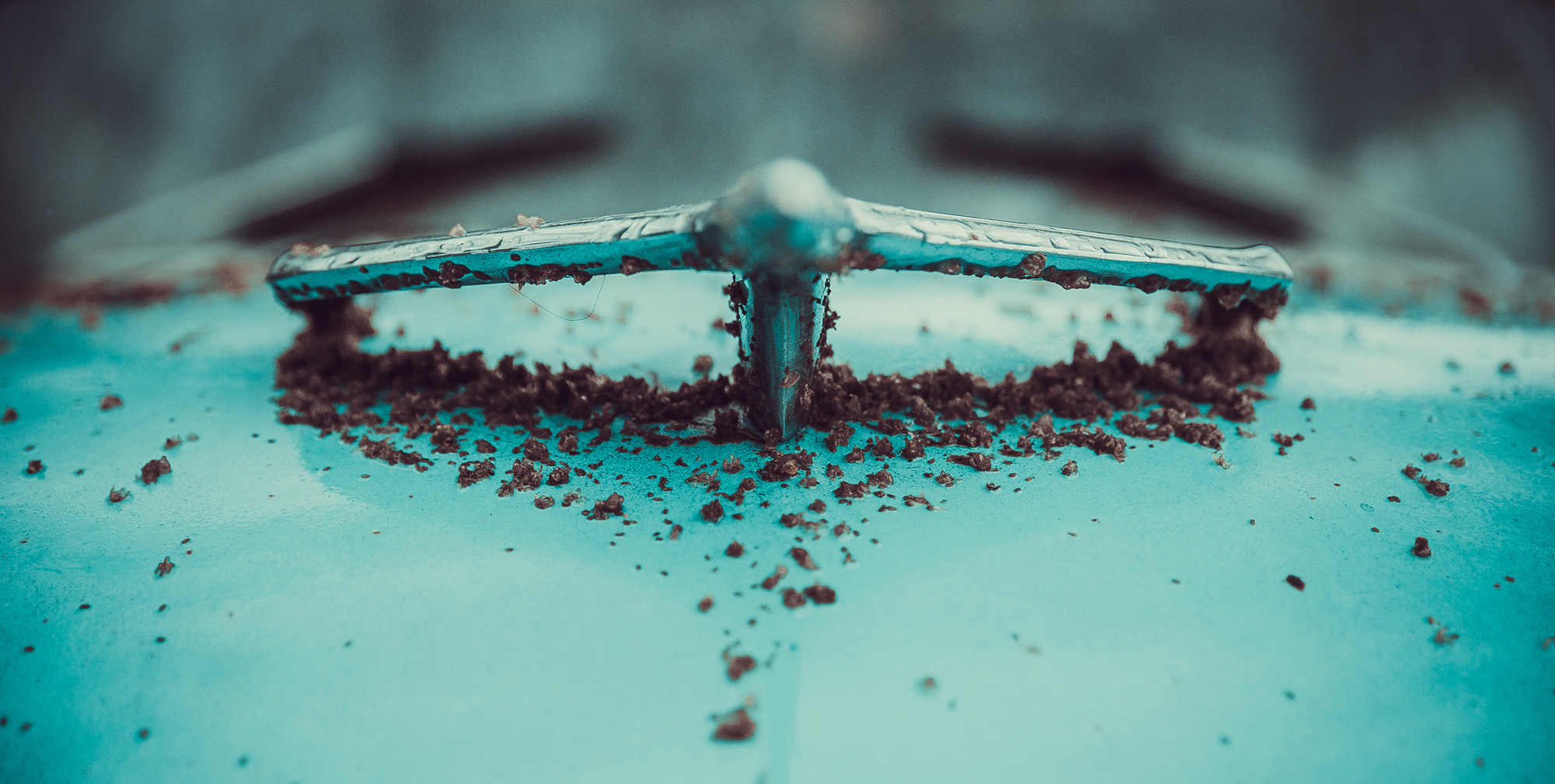 photo “Antiqued” (above) by Tyler Malone aka The Second Shooter

Camera. Burnt orange. Dumb color. Will they notice this new line on their windshield?

Asinine Volvo. Fancy Shmancy. Look at that! So many bags from senseless stores. So much money wasted! Oops! I think they now have a slow leak in one of their front tires.

Ooh. That’s a nice car. Zenvo, I think. Weird looking, but what a beast! Daddy wanted one. Ha! In his dreams! He drank up his wherewithal. Black with navy detail. Very sophisticated. Here’s another detail. I wonder if they’ll detect it.

Wait! There’s a purse inside. Looks like money spilling out. Hmmm. The door’s not locked. That’s crazy stupid. Someone could help themselves. Someone should. Look at that sunhat under that purse. I fancy that, too. It can go right here, in my walker’s hanging basket…

Get the rest of your need read on right here! 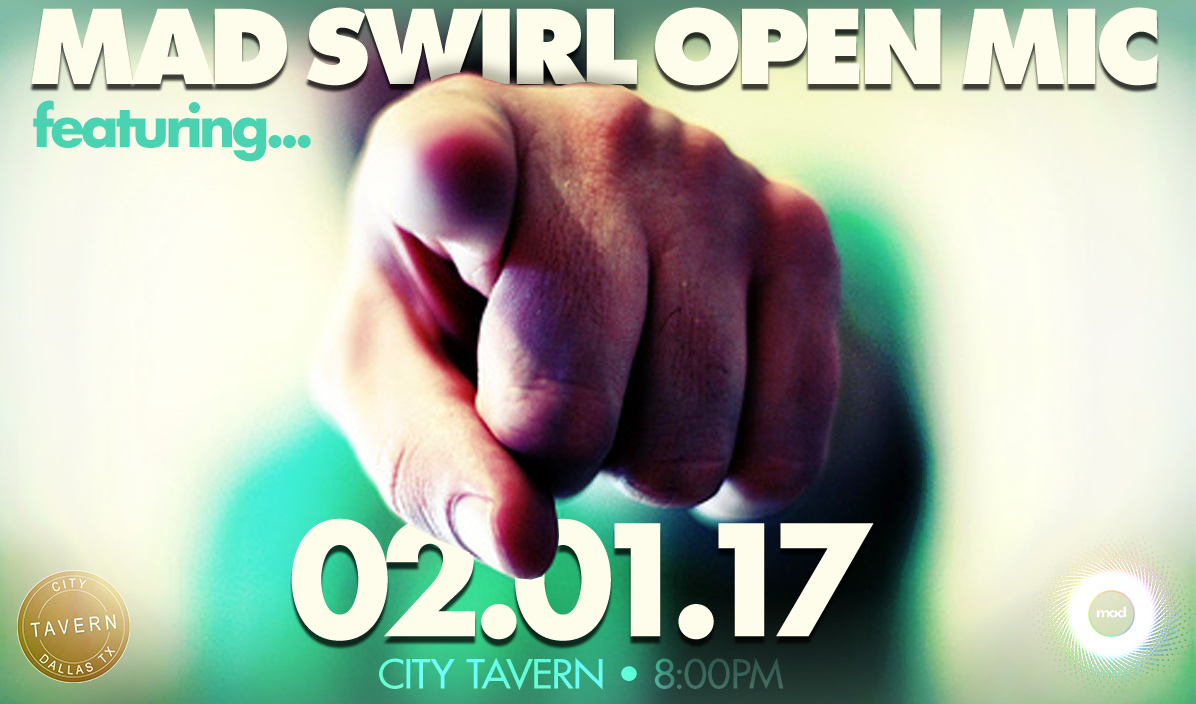 Join forces with Mad Swirl & Swirve this 1st Wednesday of February (aka 02.01.17) at 8:00 SHARP as we continue to swirl up our mic madness at our mad mic-ness home, Dallas’ City Tavern!

Come on out, one & all. Get a heapin’ helpin’ of musical mad grooves from Swirve, share in the Mad Swirl’n festivities, & if the spirit is movin’ ya get yourself a spot on our open mic list. Come to be a part of this collective creative love child we affectionately call Mad Swirl. Come to participate. Come to appreciate. Come to swirl-a-brate!