“Poetry is man’s rebellion against being what he is.” ~ James Branch Cabell 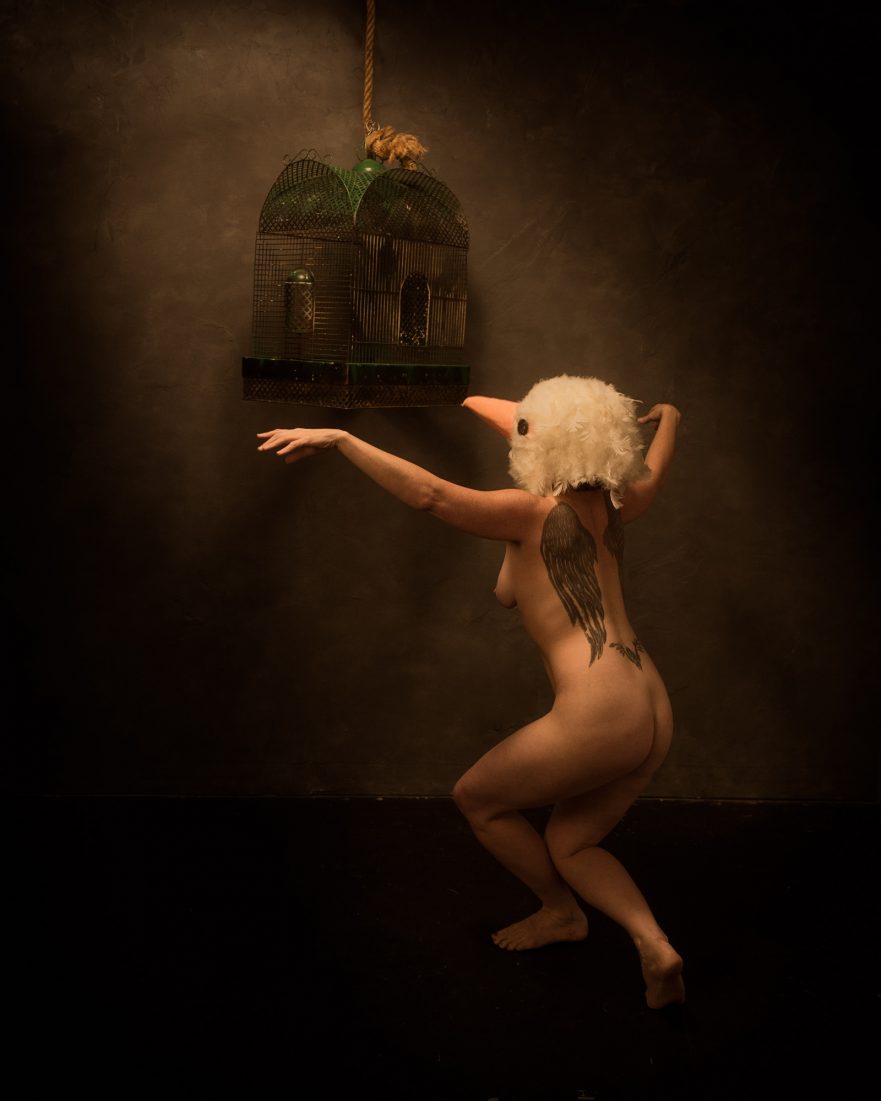 “Learning to Fly” (above) by featured artist William Zuback. To see more of William’s mad snaps, as well as our other featured artists, visit our Mad Gallery!

This last week in Mad Swirl’s Poetry Forum… we reposed to rise and pour; we sauteed what we’re sorry for; we pulled a prince from off his horse; we watched revenge in raging force; we helped a hill to show we care; we combed a beach for lifetime fare; we pulled a soul saver from a rutting raver. Heaven rains while we rule. ~ MH Clay

The old Bohemian lady, formerly of Cicero,
who lived across the street slyly claimed
she witnessed Billy Graham fornicating in the
field once where my house now stood, long
ago when he was young, well before my family
moved to the evangelist’s old college town.
It was him alright, she swore. Years later,
I took my Chicago Southsider husband to
to visit the Billy Graham Museum. We saw
the famous Heaven Room; its’ blue cloud-
filled ceiling was rain-damaged at the time.
If heaven has water stains, I don’t want to go,
my husband loudly proclaimed.

editors note: (Cracked) plaster in Paradise? No, say it ain’t so. – mh clay

To walk between the waves and wrack
with ankles numbed and eyes salt squinted,
glints of room things wash away,
while sandy soles forget what’s far.

A comber as it ever was
encompasses and brings to shore
all glories and unnoticed moments,
periwinkles, paradigms.

To take the hand of who did skirt
all continents, an edge addressed,
a mighty Kingdom made of village,
hamlet, hearth and heart, a chain.

But not a fetter, more a necklace,
on a fair throat, throbbed and kissed.
In mist we find what’s missed and cherished,
with averted eyes, we stare.

A care, in soft, uncanny daydream,
all our being, beams in brief,
like tern cries half imaginary,
rookeries of ghost and thief.

Look at this little anthill
he has created;
it’s a little world

look, they don’t know
where they came from

each one has a mind
like us of it’s own

they have mass
(slowed down and congealing
matter) shootings

we need to help them

editors note: Think we can do better? – mh clay

A rose with a poisoned thorn
So now everybody knows
That this guy is a bloody unicorn
Who likes to piss rainbows.

When she asks, Would you like to seduce me?,
I scissor her illusionist hips & say,
I live here, even though I’m passing through.

I agree & pursue what I came for: Quantum
lightning in every sector of my brain before
she fluffs one 4000 thread jasmine wing,
twists & says, I’m buried to my chest in sin. It’ll take
more than guilty kisses to set me free. How about you?

Not hearing well, these days, I sprinkle organic
thoughts into a skillet primed with extra virgin,
cold pressed olive oil, Greek, & sprigs of Italian
parsley, immune to the future.

Oh you, Oh me, Oh the small skerch of the cork
pulling free, and the gurgle plash of amber in the

bell-shaped bowl, the sudden cool of stray drops
evaporating on skin, the lift of it, both the glass

and the anticipation of what’s inside the glass, and
the sips heating the tongue, spreading molten

down throat into belly, and the day, Oh the day,
Oh them, out there, melting away, Oh like Lazarus,

I rise from the crypt of small disappointments,
I rise, pour, and rise some more.

editors note: I’ll drink to that. A Mad Toast to the New Year! – mh clay

Need-a-Read? Well Mad Swirl has a really hot story to share with you from Contributing Writer/Poet/Artist Mike Fiorito!

“No ghost, ever, except for what once was. That’s the forever haunt.” 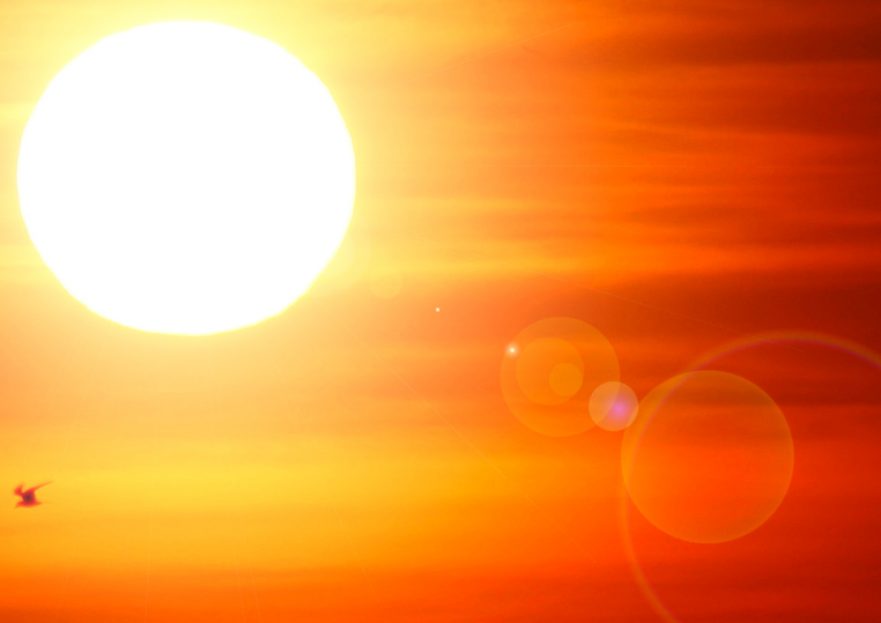 The heat had become unbearable that summer.

“Make it stop, daddy,” Liddy’s son, Torin, said, as they walked home from school. The sun glared down with a vengeance, its rays like vicious lapping tongues. It seemed to Liddy that the sun was angry at the earth.

“I can’t make it stop,” said Liddy. “But we’ll be home shortly. Mom will have the freezing air on.” People had to get special solar powered freezing air units to maintain livable temperatures in their homes. The sun rained down relentlessly, as if hurriedly punishing the earth.

The shine beat down on his eyes, even with the sun goggles on. Without the goggles you couldn’t open your eyes, or your eyes teared and became blood shot.

When they got home, Torin cried, the temperature so powerful it made his skin break out in red blotches.

“Rinse your eyes with cool water,” his father said. Torin stopped crying once the cool water hit his face.

As they prepared for dinner, Liddy lifted the canvas shade covering the window. Outside the sky looked hazy and dense. The sun’s rays rushed in like a swarm of bees, even though he just peeked out the window…

Did that lil teaser get ya all hot & bothered? Follow the link to get the rest of this heated read! 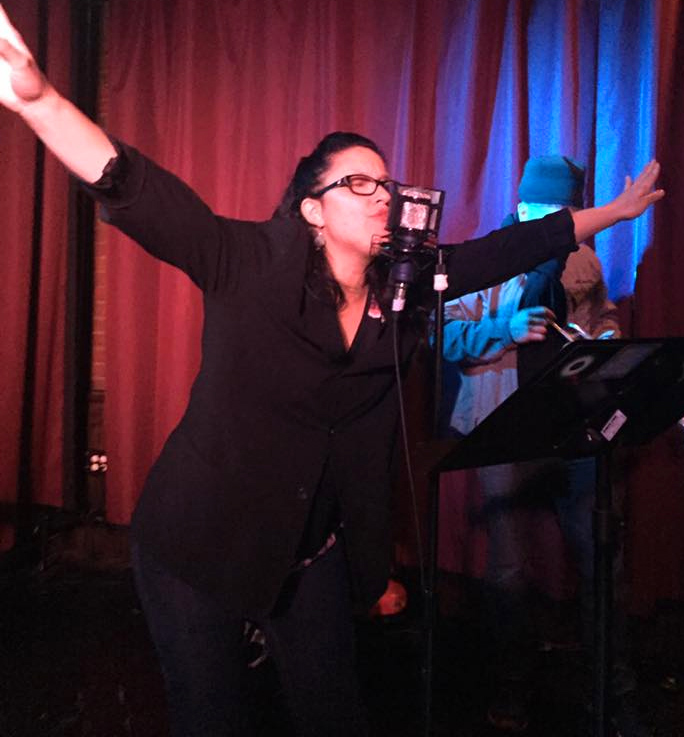 If your New Year’s resolution was to create more madness in this world, you mad ones did it this past 1st Wednesday at our first open mic for 2017!

HUGE thanks to Swirve (Tamitha Curiel​, Gerard Bendiks​ & Chris Curiel​) for taking us to another dimension of time and space on the wings of their jazzy madness!

Thanks to The City Tavern​’s proprietor Joshua Florence​ for blessing us with our new digs and welcoming us mad ones with open arms and giving us a swirl’n space we can call home.

P.S. In case you missed the mic madness that happened this past 1st Wednesday, here’s the Facebook LIVE feed of what we swirled up!