“If the path be beautiful, let us not ask where it leads.” ~ Anatole France 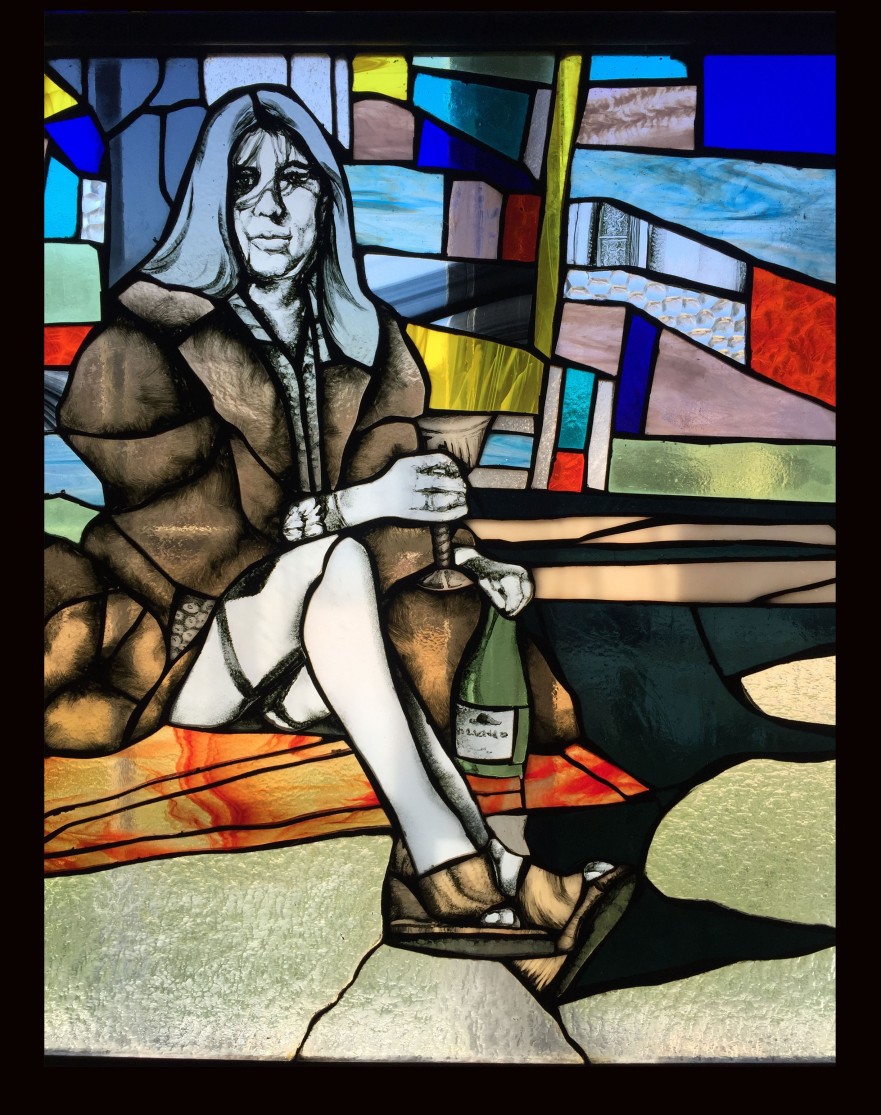 “Mom at the well” (above) by featured artist Maria Valentina Sheets.

Months ago, we here at Mad Swirl were swept off our feet by artist Maria Valentina Sheets. This time we’re not quite back on the ground, lifted by her gifts once again. Once you see what she’s got for us, we’re sure you’ll get what we mean – Sheets’ stained glass pieces are like something straight from a cathedral…. but not. The juxtaposition of the traditional and sacred nature of stained glass with the modern and edgy mind of Maria display sky-lit images we’d definitely put in the windows of OUR Mad church, and we’ll bet you would too. Don’t take our word for it though – check out the glass-terpieces here. ~ Madelyn Olson

To view more our other featured artists, visit our Gallery at MadSwirl.com!

This last week in Mad Swirl’s Poetry Forum… we ran a reel to real and back again; we scratched an itch, inflicted, no doubt, by a witch; we gripped a gun, shot full of verse, looking for the safety; we listened to life through a “veil of cheese”; we danced with an angel in a holy place, salvation glowing on her neon face; we reveled in riffs from a jazz man’s horn; we wrote nothing for free, not even our verses. Words wish wonder while talk is cheap. Add your own value. ~ MH Clay

bold is stronger
taste
less caffeine as
the roasting burns
the buzz.
pike is a stronger
buzz
less roast
as
preservation weakens
taste.
so you
get a nice high typing
in the morning if you
systematically
arrange your sequence
at a reasonable
price too, without
the cabal murdering you.

On Meeting you at the Taproom by Scott McDaniel

My church
is lit by neon, not candles.
My sermon
is a drunken philosophical rant blanketed by the singing of a jukebox.
There is wine,
but expect no body of Christ…
there is only your body, dancing
on a bar stool as you smile and lip synch
while waiting on the drinks.

When you return, your hair is backlit by the neon;
as angelic as “The Archangel Leaving the Family of Tobias”

I do love the neon…

There is something sacredly decadent about a neon sign as it pierces
through Marlboro and Camel smoke
lingering together with drunken, fumbling kisses
that taste like Jack and coke.

Give me neon or give me death.
Give me dead bumpers on a pool table with 50 cents stacked on the rail.
Give me a bar back mirror, stained by the smoke of spirits.
Give me vinyl covered stools with holes both picked and burned.
Give me a shake of bones; loser buys the next round.
Give me a shady character in the back that makes all feel a bit nervous.
Give me a bar. This bar.
Give me a woman. You.
Give me, my church.
Yesterday’s church was the taproom.
Tomorrow’s church is you.

Behind the choir of dial tones, live cotton rounds of provolone,
busy lines of thin-sliced swiss camouflage all that we miss.

Our sensitive ears are layered with but a veil of cheese,
transparencies for elegy…

An old record player scratching its way to life,
sculpted lyrics, falling through a jagged tunnel or cracked drain pipe.

Don’t strain your ears to listen, there’s no reward or commission,
to decipher an ill-received language is to reapply a wet, peeling bandage.

Are ears a better fit on the deaf or on the blind?
When no one listens, can they charge the harshest fine?

How did we allow the intolerant ear canal
to lead such a negligent life, such a waxy cover on the butter knife.

If only we’d give it a turn
to widen our eyes.

here we are at two in the morning
2.16 to be precise
and sleep is in the past and far from me now
I eat Reality Sandwiches
and drink coffee, black, out from a chipped mug

Off demon attacks, corn meal mixed
with gall of an eagle, bear, mountain
lion, or skunk is potent medicine

Witches live along the Rio Grande,
they steal Mexican sheep and cause
death, beware of shape shifters

editors note: So many cures for what ails; nothing for what doesn’t. (This one comes from Catfish’s new book, check it out here.) – mh clay

A fairy tale in the mind
creating such beautiful
pictures on a reel of
imagination.

Eventually it runs out
and reality takes over
in black and white.

If only you had more
film.

Here’s what Short Story Editor, and another Mad trifecta-ist, Tyler Malone had to say about Chuck’s short story “Diane”:

“Love! Madness! They’re one-in-the-same, we all like to hope as the beat of our hearts drives us bonkers. Sadly, so say they want the the world, but they want someone else to give it to them.”

If that endorsement doesn’t tickle your curiosity bone, here’s a few nibbles for ya: 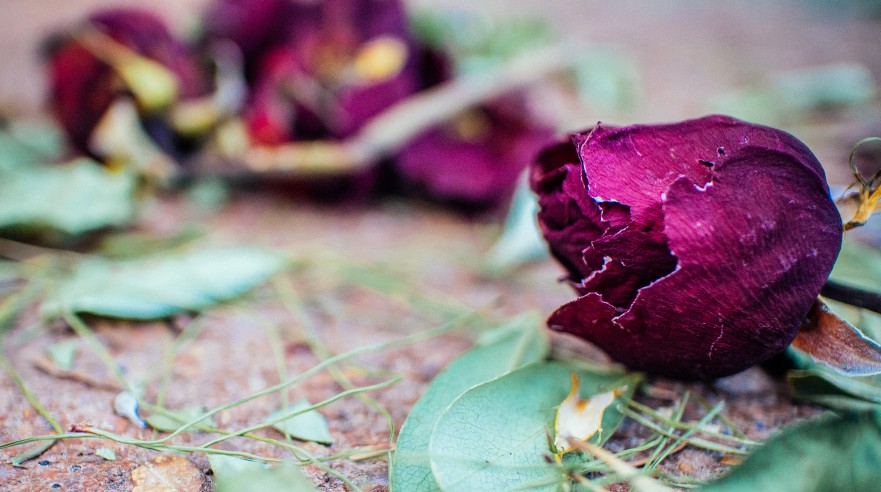 (photo “Garbage Roses” – above – by Tyler Malone aka The Second Shooter)

The way I see it, Diane, you know, I did her a favor, the way things were going I hate to say it, but I would have needed to kill her, reporters flying in from New York and Los Angeles to interview her and write her up in magazines, she got her colored picture in Gentlemen’s Quarterly, couples we knew were dropping by asking advice on their troubled marriages, all the lesbians in town thought she was some kind of sage superwoman, oh everybody loved her in 1976 and she had kindness and charm, she would take confused boys into our own home and feed them hot meals and let them play with her grown son’s old drums, and street men who smelled like death would crash in the living room and she’d never ask for money, she believed in white magic and prayers and did rituals, curandera she thought she was, but I was her man and knew the dark bruja inside and the arrogance I saw that others didn’t see…

Now go and get the rest of your read on right here.