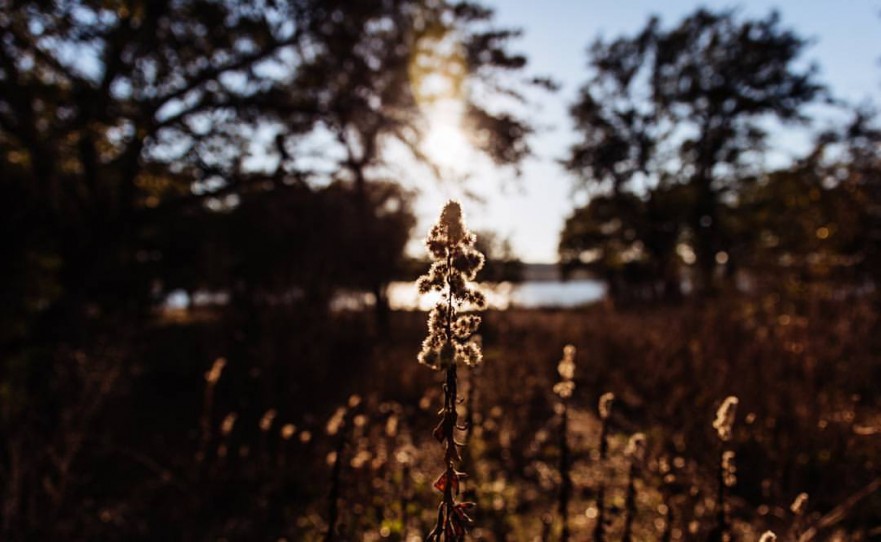 “No half-heartedness and no worldly fear must turn us aside from following the light unflinchingly.” ~ J.R.R. Tolkien

“Early January Optimism” (above) by one of our featured artists (and short story editor) Tyler Malone. To view all of Tyler’s works, as well as our other featured artists, visit our Mad Gallery.

This last week in Mad Swirl’s Poetry Forum… we scribed a survival list for holiday survivalists; we sliced thin similes with a finely honed pome; we gave up the cover of a back-up lover (it’s headliner or nothing for us); we tallied the charge for a year lived large; we wound down the old year with time taking a drag; we greeted the new year with monkey shines and perfect lines to refill our spent pens; we made a map to steer us clear of treasons and tactless passions, to land smack in the middle of oblivion. The New Year beckons! “Pack up your troubles in your old kit bag and smile, smile, smile…” ~ MH Clay

The World Map by Walter Ruhlmann

Those remote places swell
unlike the rest of the land
to dwell, or rest forever
in a shell shocked state

The falling skies thundered,
slowing the risky leaps, although
not killing it, she sings.

The wall in front of me as I’m watching over them,
white as purity, brightens the day, yet, ruthlessly,
the fantasies come back in a dash of hanger,
or desire to push me against higher ramparts.

She sings still,
sitting on a dark stool of thorns;
no bruises left on her thighs though.

More islands to visit,
more continents to conquer,
even more men to undo,
cheers, and greetings, and hi’s on a screen of mercy,
a monitor of lust, typing short text messages to arouse them,
then showing off in front of the camera:
a blinking eye like the map pinned on this white wall,
another hole into nothingness,
another window on the outside,
another world to possess
sucking me into the most terrible acts of treason,
tactless passions leading once more to lands of oblivion.

editors note: Plug this into your smart map to navigate this new year. Let’s all meet in oblivion! – mh clay

editors note: This New Year will be Happy if we make it so! Reverse those fortunes; when in with the bad air, (go) out with the good. – mh clay

Time weighs us down
like too many lunches would
or your grandmother’s quilt
on a summer day.

It fills us to the brim
like champagne glasses
misshapen balloons
or punctured tires.

Dances us around
like a reluctant suitor
a poorly trained bear
a badly played tune.

Runs us down
like a herd of small dogs
a pride of house cats
or the four o’clock bus.

It collides with us all
like a blind prizefighter
two inbound flights
the twain finally meeting.

Time, all by itself, weighs us,
fills us, dances, runs,
and we collide.
Then time stands by a lamppost
Smokes herself a long lazy smoke
Watches us all go by
And heaves a great sigh.

editors note: This year has come an’ gone. A great spectacle of human endeavors; some for good, some for other. Let’s give’em one more; see what they do… – mh clay

The Tab by Scott Thomas Outlar

Everyone pays in the end,
one way or another,
for better or for worse,
until death do us part.

Everyone gets stuck with a tab
they cannot afford
while at the bar, alone,
dead in their seat,
dead on their feet,
dead in the gutter,
sleeping in the street,
drowning in the puddles,
freezing in the cold,
shaking, starving, strung out
from fasting, dizzy,
delirious, down on their luck,
left for dead, walked over,
danced upon, forgotten
by the future that never came –
in the end, everyone will pay.

editors note: As we enter a New Year, let’s review the bill so far; naked we come, naked we go… – mh clay

Like the dancers behind Shakira or Christina Aguilera
on stage, shimmying in living color but not truly acknowledged.

Like the wallpaper that covers the dark spots,
necessary, but bland compared to what caused the marks.

Like the country doctor who calls right back when you page him,
even though it’s probably something mild and he’ll be forgotten again
in a moment.

editors note: Sad truth; better to have one than to be one. (Originally published in Calliope Nerve, 2009) – mh clay

I can say without ego this is my finest sword. -Hattori Hanzo

After the last manic pixie dream girl with bad boy and daddy issues
is gone gone gone. And all that remains undulating in the toxic wake
of our banal debauchery is suicidal depression.
When all her glitter on my tee shirts
finally falls away, slowly fading with the sensual
musk of her little deaths on empty silk sheets,
until I alone lay within
the molten core of the meat house
of unsated desires. A humble public servant’s
announcement to all humanity, my confession if you will,
as I bleed out while you read on the inside
ensanguined lines slid over a soul faceless and eternal
and I and eye ironically live
in mental terror of lost time, mortal errors.

The slashed flesh heals, we wear our warrior’s self inflicted wounded
memories with all of the solemn pride of a holocaust survivor’s guilt.
The scarred soul festers and boils until it erupts in
random acts of senseless violence. Time
devoured wasting away trapped in a spiraling
repression confined to wither in this room
as days become weeks become months become years
six years sitting sedated on synthetic sorrows.
I stopped writing as I lay plans within plans… dying.

Is a poem fermented in penis envy, canonical insecurities
and the inept pontifications of a boozed up philistine
spewing impotent rage. Chalk it up to the game.
Face the new paradigm, the long pigs on the soft parade
feast well on sloppy second comeuppance.
Short changed, dangling deftly as a participle
in the Muses breezeway, a delicate reign falling
before it can rise to one on her knees
for the nectar of Eros drought.
A dry well rusted pipes busted the succubus pumps
ashes, ashes, dust, dust.

No controlled hallelujah from Calliopes lips
or primal sway of her hips. This busted oar dangles limp,
hobbled Baracus drunkenly weeps, foundered upon the rocky shore.
The dip a useless tool moves neither maidens head
habitually failing to bottle the ship once more nor
to rise even to the occasional poem.
Morpheus whispers,
“Is karma gonna hafta slap a bitch?”
“Take the blue pill”.

Is this a poem for all the people
“who are no longer diving but sinking.”
I do not want to write anymore.
I am afraid. But, I will
not allow this thing to infect me, invisibly
fueling subliminal anger to blind rages.
Secrecy is control.
Those who abuse use our fear
to shame us into a Stockholm syndrome silence,
powerless we cover their sin with our muted amnesia
no escape cowering beneath their greater power,
usually for life.

But, this is not a poem these are just the desperate words
of a bard trying to stay alive in a deaf, mute and blind
to human suffering world drowning in a sychophant
sea, polluted with primordial sorrow a man-made madness
satellite HD beamed into our flat screen skulls.
I scream, you scream, liked, pinned, shared, memed.
Everyday we witness another epic little atrocity. Forgotten.
What if this is a poem? Who gives a pity’s fuck?

Eventually, we begin the impossible
transformation of becoming, human, being.
Together we breached the ancient walls within
the prison of the mind, abandoned
our necro-nihilistic despair and unburdened,
without the gaslight beast on our backs,
freedom, freedom is just a line away.

editors note: Is this a poem? I can’t say, but someone help me find the top o’ my head! – mh clay

Without having to understand mechanisms,
TEOTWAWKI could be a time of killing
Cherished bunkmates, delivering “love notes”
Filled with anthrax, gifting solace via
Suicide squads, government thugs, Big
Brother organizations, or, maybe, the seeding
Of highway meridians with oxeye daisies.

Despite earlier celebrated mutual norms,
It will be laughable to hike out from cities.
Abruptly, alliances will seem less vital
Than signal mirrors, whistles, magnetic
Compasses, lighters, boots, lead pencils,
Multi-tools, radios, smoke grenades,
No one will bother learning calculus.

Having jumped across torn limbs, scouts
Will view upright trees as principled allies.
Singular persons, if perspicacious, will auction
Pets for tourniquets and purification tablets.
Dear hearts will search mag-lights and rifles.
(The rest of us will limit interviews to select
Prisoners, after stealing all handy bashas.)

editors note: With the New Year looming, “tourniquets and purification tablets” will go a long way toward surviving the post-holiday apocalypse. – mh clay

Happy Need-a-Read, v2016! We are very happy to swirl Brooklyn writer Hannah Frishberg back into our madness. We think you will be happy too. Here is what Short Story Editor Tyler Malone had to say about this pick-of-the-week tale: “We’ve bled out last year and now all we have left is the world around us, always new no matter how old it is. The year is a city, the city is our world, our world is us, right to the marrow.”

But don’t take our word for it, take a few of Hannah’s words from “Stoop Dreams” and we are sure you’ll wanna keep reading: 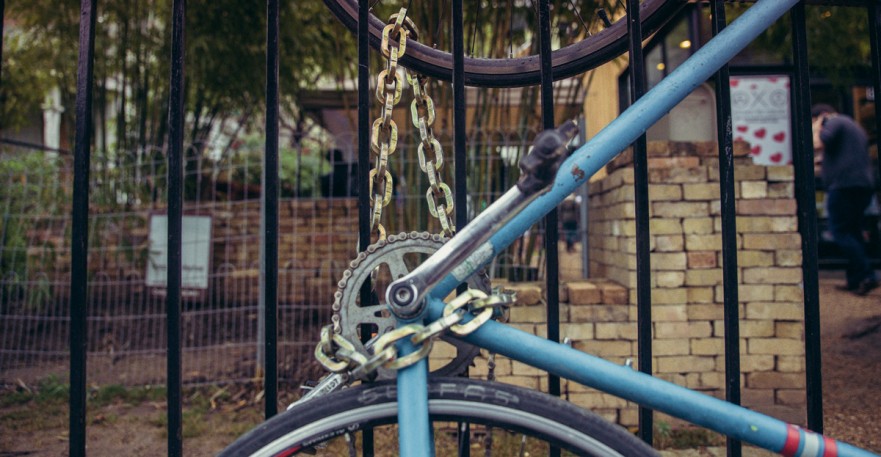 “Do you mind?” I’d ask, smothering you with chalk till you breathed pink dust and spoke in hopscotch. And the rain would wash it all away

How dare we stop right there?! What teases we be! But we only tease because we want you to move your mighty mouse right here and visit MadSwirl.com to get the rest of your read on!

Join Mad Swirl & Swirve the 1st Wednesday of January (aka 01.06.16) as we kick things off for the NEW year at our NEW Open Mic home, The Underpass Bar (located at 650 Exposition Ave in Dallas). This month we will be featuring Dallas poet Jolee Davis. If you haven’t yet experienced the poetic prowess of Jolee, you’re in for quite the treat. If you have seen Jolee, then you know this will be one show you do not want to miss!

Come on out, one & all. Get a brainful of Swirve, share in our open mic madness! If the spirit is movin’ ya, get yourself a spot on our list. Come to be a part of this collective creative love child we affectionately call Mad Swirl. Come to participate. Come to appreciate. Come to swirl-a-brate the new year of open mic madness!

P.S. If you can’t be here LIVE, you can view the whole show via our Mad Swirl UStream Channel! Just click here at 8:00pm (CST) and watch the mic madness swirlin’ live.