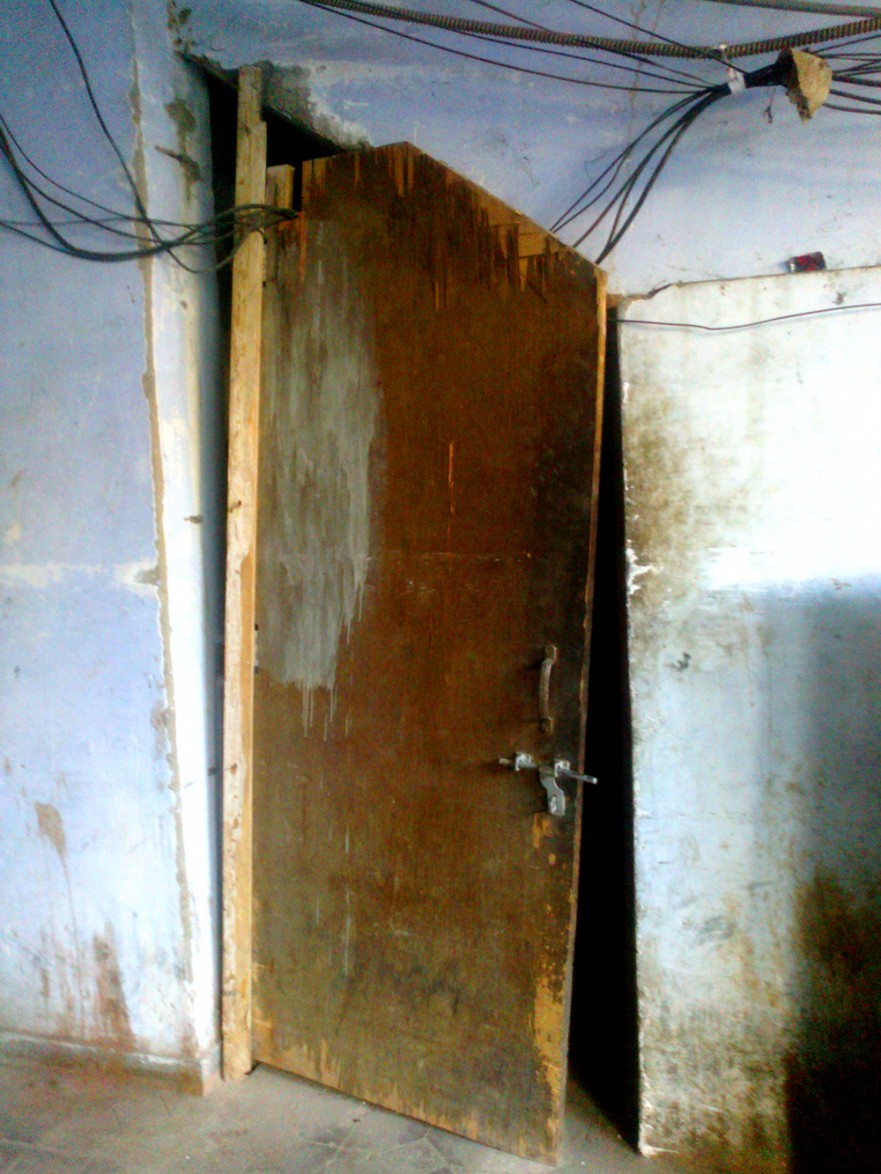 “When you look at art made by other people, you see what you need to see in it.” ~ Alberto Giacometti

“Makeshift Door” (above) by featured artist Aniruddha Sastikar. To see more Mad works from Aniruddha, and our other contributing artists, please visit our Mad Gallery.

This last week in Mad Swirl’s Poetry Forum… our fingers bled to fill a small room; our buffoon brother, who’d lost his way, was beckoned back with a PSA; our balloons nearly burst in the whack, knack and knack; our resolve arrested, we bled till we bested the answer to the question; our fill came full in putamus, ergo sumus; our garden grew temptation, transgression, expulsion – apples from the snake within; our shaman sister spoke balm, our storm-blown spirits to becalm. Our swirl is our world. Our wonder… ~ MH Clay

Place the palm of hand
over heart
press firmly and
send white light
like lightning
through the chest
into ventricles.
See it in the top
of the mind
as the chest feels it
through the aorta.
Sense the energy purifying
jagged electricity heals and soothes.
Follow along to blood vessels and capillaries
open awake
true and hopeful.
One knows what they are made of
knew before how to manifest
the materials needed to mend themselves.
Cup forgiveness in hands and bring it to the inner eye
quench the drought-racked thoughts
replenish dried out connections
to the inner healing mother energy
do not linger within
burst forth
reach out to the hands of earth
walk through rain soaked fields
embrace the ground
with sizzling feet
atone to the the muddy earth
neutralize.
Nature floods and cleanses
anxiousness
all worries lift to be burnt
in the atmosphere and fall back down
on loved ones as blessings and prayers.
Dance into the sinking sun
until the pain burns away
caloric fire therapy
leaves the body more
spent
than addiction to a lover
could ever inflict.
First thoughts in mornings
should be part of a practice
gratitude and peace
Do not carry worries
through the day
carry only water
cleansing the thoughts.

editors note: Here’s a panacea for the sick in spirit. Take it from Dr. Dez; your Main Manifestor! – mh clay

She remembers
a bird called out
two knowing notes –
Yes, No? Yes, No?

She remembers
the man’s one question.
Too late her answer –
the worm had turned.

She lay
beneath a conspiring tree.
Above her – hung
his reddened face.

She saw
a broken branch
thin bent limbs.
All around – flawless apples.

She rose
left her faint shape
pressed in the wet earth –
her fallen remains.

She does not
remember the man’s name.
Like a serpent –
I cast it out.

editors note: And he’s been wandering in this wilderness ever since… – mh clay

I live
therefore
I am

editors note: Good enough for me, too! What do you think of that, Renee? (With this submission we welcome Beate into our crazy conclave of Contributing Poets. Read more of her madness on her new page – check it out.) – mh clay

why would you by Rob Dyer

she felt vulnerable
so why scream naked

he demanded vision
so why gouge his eyes

they pardoned the past
so why celebrate then

why would a dying man
slit his own throat

for the pow of it all
for the change
the liberation

for an unspoken ism, left out in the bold
for Victory
for art or Love or maybe…for the magic of it all
the Madness of it all

or maybe…
just for the blood of it all

Throng of balloons by Volodymyr Bilyk

Throng of balloons
fled
because of the pinch to be sure
that
something in the air happened in a silent way.

Some quail and tilt
and then:

elliptic shadow
falls –
and bubbles
come up in the air
to fight with naughty cloud of balloons
before the sun
because ridiculous must come off big.

And then: the clash is so and so
and lots of fluff and knack and knack
So eyes get very weary,
obviously
blenching back behind the lids – whack!

And then it’s over,
barring tingle, tingle, dither, heat

enough
to be thought and be mauled.

editors note: Enthralled in this throng – “be thought, be mauled,” be dazzled. Whack! – mh clay

To all the victims and survivors of the current genocides/holocausts
and more specifically to the brother who wore deer antlers on his head
while his white co-worker-agents dressed in camo and guns posed with
him laughing for the camera. Brother man, when you got up to shave
that morn, did the foam on the mirror say, nigger die

editors note: To countermand the current hashtag sensation; this Public Service Announcement to color coded folks, for whom privilege is hard-gained, if ever, but mostly never granted… – mh clay

Once Upon a Time by Joseph D. DiLella

I wrote
so many words
my fingers exploded, bled
red across the keyboard, down the white desk top
until the bones showed, exposing
the exact nature of the thoughts, emotions
carried into the letters and truths
I so sought out in midnight runs
to serenity.

Went to the doctor the next morning
asked if this condition was a permanent one.
“Yes, I’m afraid it is – unless”
“Unless what!” I bellowed, still in pain
the wrapping around the digits soaked.

“Unless you cease the unnecessary tears
you unveil. All might be lost
because every molecule of your being
is connected to a greater whole, and the ideas
you spread across the pages weep
when you tell your tale too many times
to too many people”

The well-intentioned ER medic re-bandaged my wounds
gave me a shot in the arm and a prescription
before shooing me out of her hospital.

So here I am, yet again, while the moon is full
hoping beyond hope her diagnosis was incorrect.

But if she’s correct,
and my hands are the ones to blow this time
I think I’ll just stay at home
let nature do its work
reflect on the purity of God, the Universe
before taking my final nap, shaking off
this mortal coil, knowing that my final thoughts
were those that needed to be shouted
not to the mountain tops
but to the world from a tiny room
filled with photos of my child, my girlfriend,
and all the other memories that made me
fill the galaxy full of love…

editors note: Once upon a time is ever and always waiting for the storyteller to begin. – mh clay

Need-a-Read? Well then you’ve come to the right place!

This week’s featured story comes Contributing Poet Haris Adhikari. Here is what Short Story Editor Tyler Malone had to say about “Dreams in the Kingdom of Chaos”: “Dreams of beauty, dreams of death. Dream a world not your own, only in your head. The daylight has lasted for so long and for so many centuries, but it will never save us from what takes our minds in the night. “ 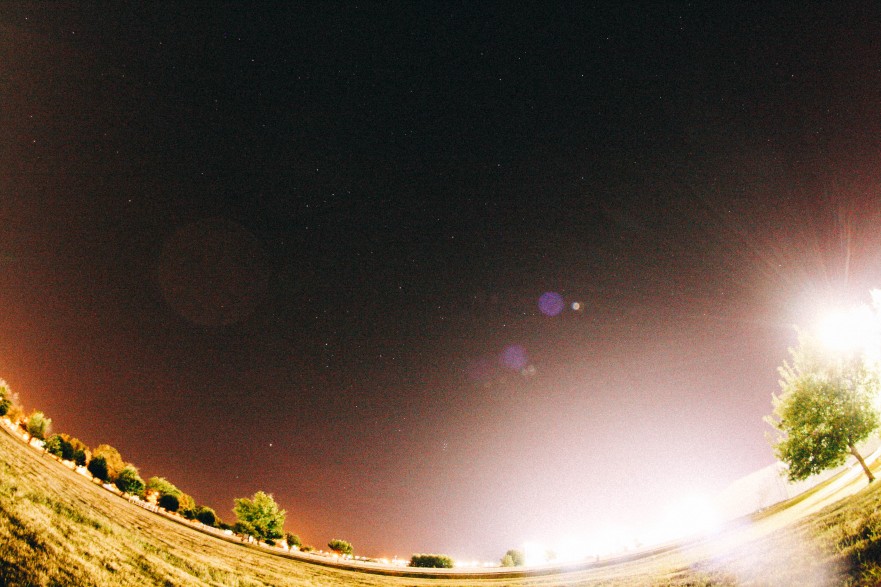 There was a man in the kingdom of Chaos. His name was Melodious Music. He was all contrasted by the warring elements of the kingdom, by their
uproars, their thundering beats and plays. He was silent, all pervading among the syllables of coarse voices, hence being-less the passers-by believed him to be.

For decades there came no Columbus. And one day, God took pity on him, and sent a poet called Platobanish to get inspired from him and write the best of mellifluous lines that gave smell of wisdom and wit. And so did the poet, with amazing patience and hope, paying no attention to what the kiddish leaders were swearing and yelling at.

The same poet brought Melodious Music composed beautifully in his insightful poetry to my eerie reverie today. And I was so happy listening to his words, but then I just woke up suddenly hearing Chaos laughing at the top of his voice. He was dancing like a crazy shaman beating a drum, humdrum humdrum. He was threatening the poet in my dream!

Get the rest of this read on here! 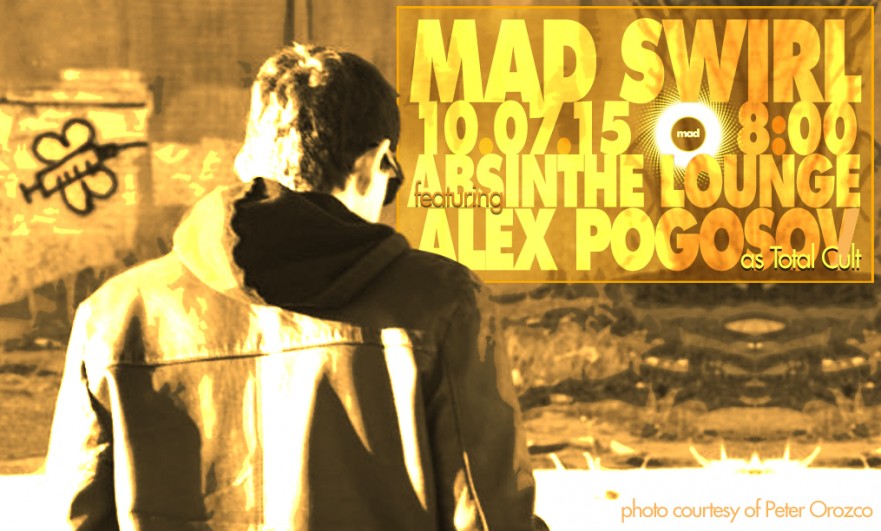 Oh what a night it was in the land of Swirl’n mic Mad-ness! As Swirve started their jazzy madness, the crowd found their way to the stage with their heads boppin’ and their fingers snappin’. As the last notes were fading away, hosts Johnny O & MH Clay got the show goin’ with an introduction of our Alex Pogosov aka Total Cult! Alex unleashed upon us a poetic & musical feast! But no worries, you can still view it on our Mad Swirl UStream channel.

After a brief intermission, the mic got opened up to the mad ones who filled the Lounge. And what a night of the beat-utifullest poetry and music ensued! Here’s a shout out to all who graced us with their words, their songs, their divine madnesses…

See who was who right here. (photos courtesy of Dan “the man” Rodriguez.

HUGE thanks to Swirve (Chris Curiel & Gerard Bendiks) for keeping the beat til the wee hours of the night. We got taken to another dimension of time and space on the wings of their jazzy madness!

More HUGE thanks to fantastic photogs Dan Rodriguez (he captured these scenes) for sharing his mad eye and giving y’all a taste of the night’s mic madness.

We look forward to ALL the m-adventures to come! Stay tuned…