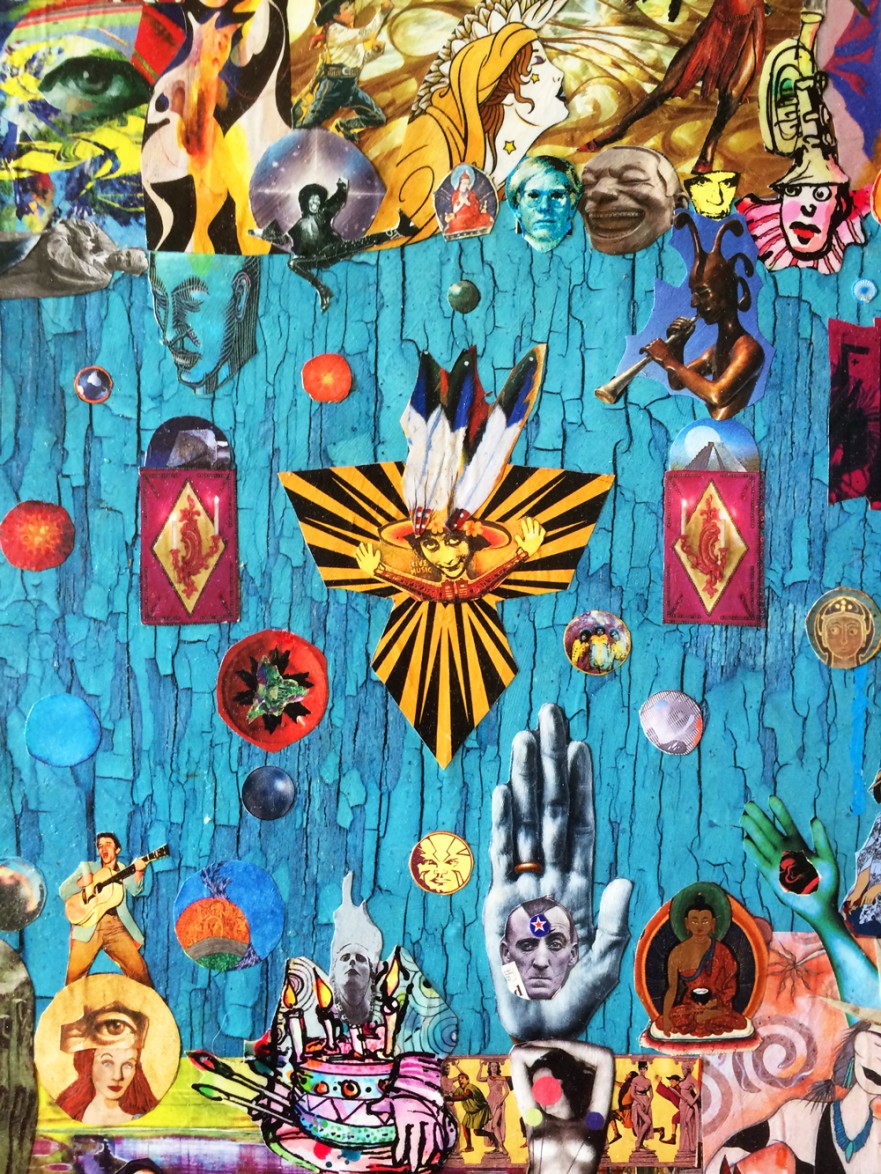 “Radiance in Blue” (above) by featured artist Brett “BA” Ardoin. To see more Mad works from Brett, and our other contributing artists, please visit our Mad Gallery.

“Although idea and form are ultimately paramount in my work, so too are chance, accident, and rawness.” ~ Martin Puryear

This last week in Mad Swirl’s Poetry Forum… we wound up words in Wednesday, recounting lost love; we sought celebrity in multi-colored constructs; we floated faith in the failure of scholarship; we indulged an elderly recall of life lived before flesh’s fall; we acquiesced (to a teacher’s fit) with grammar stressed (not lighted, but lit); we tripped to a time, technologically enabled, of talking dogs in a Faustian fable; we spoke, unheard, into Time’s black hole. No light, but what we say. No life, but what we pay. Our words are wealth untold. – MH Clay

A conversation with TIME

Time looks at me
for a long, uncomfortable while
turns its head and spits
quasar star-birth, black hole words,
language as a road map through existence.

I say I ain’t got no place to go,
that it hasn’t happened yet,
which is the truth from where I’m looking.

He reads me back my lines,
nothing has ever happened
you aren’t even here, and I am not this.

But, that’s not what I say, I say,
and it’s never been heard.

editors note: Can’t win this debate. Best keep those questions rhetorical! (We welcome Tom to our crazy confab of Contributing Poets with this submission. Read more of his madness on his new page.) – mh clay

While digging in the backyard one day
Faust’s dog Clyde, dug up a funky old box.
A time capsule from the year
Two thousand fifteen appeared.
In it was a primitive smart phone.
“What hast thou done, Dog Clyde?
Hast thou dug up the past with thy digging?
What say thee?”
“Nothin”, replied Clyde

As he examined that funky old piece of junk
He came upon the following observation.
“Back forty five years ago
The phones couldn’t grow
Arms and legs on them.
They couldn’t scratch your back,
Drive your car, do the laundry,
Do the cooking, do your homework,
Curse you out for being stupid
Wow the ladies,
Pat’em on the butt for you,
None of the above things
How could the people live under
Such primitive conditions?”

let there be light

One lousy packet exchange
and I knew it was going to be
a long semester;
he busted my ass for writing
“lighted a cigarette”—

For whatever reason
this really seemed to piss him off,
perhaps he was having
a bad day,
problems with the wife
or maybe my short story
had put him in a foul mood.

I thought about standing
my ground,
telling him that Patricia Highsmith,
whom I admired
a hell of a lot more than him,
often used
“lighted a cigarette”—

But I didn’t want to start any shit
with the guy;
what with student loans and all
he pretty much had me
by the balls.

So I changed every
“lighted” to “lit”
per his request,
printed up the revised copy
and slid it in a 9×12
manila envelope.

Then I kicked back
on the sofa,
cracked open a cold beer
and
lighted a cigarette.

“But I’m only contemplating…leave me alone.”
she whispered.
Pulling the old, comforting shawl closer
about her salt & peppered hair.
The aching pain became almost unbearable
each second they stood there watching.
She started to rock back and fore, cross-legged
upon the cold, wooden floorboards.
She closed her eyes and listened to the cello’s
playing mournfully within her veins of blue.
Felt the tickle and rustling of the tiny empty nest
perched delicately inside her heart
as the biting winds of her conscience brushed by.
Her brain had long ago given up
upon the agony/humble puzzle…and was instead
busy weaving lengths of longing
into fishnets for catching daydreaming stars.
Temper caught nicely and finally nailed beneath her
as the owl of her soul blinked its eyes slowly
and started recounting the oak ring circles
of the many different Seasons Within.

I wade into the waves, wondering
if Columbus was right. I lie
back, arms splayed, give myself over
to nature and the possibility the scholars
are still wrong. I exhale, and my body becomes
weightless, relaxed. I believe the waves will carry me
somewhere towards true understanding.
Tangible knowledge requires fearless faith,
and possibly a hint of wished-for death.

I Could Be A Celebrity

Too many trees these days
Are getting notoriety–

Too many rivers
Walking into a room

And pitching its calm on a stone–
Too many clouds

Are venting aloud
For rainfall they’re commissioned to hold–

So I wish to be a rainbow doing it solo!

Today familiar scents perforate
like hazy voices from distant places,
turn away from the dank cave
of scarred feelings. Today
scents flank expectations
that embrace promises
cloud-shaped in the eddy—
smelling of truth perfumed
in the delicate touch of words—
your fragrance filling my heart
hands that eternalize myths
that make the hours hum
the certitude in bloom
or Wednesday the making
and unmaking of another history
of love loving the afternoon
when lovers confess
to themselves they are
like water—name-petalled,
flowing, surpassing
the gauge of days.

Today here I am, smiting
the common pith of sorrow,
finger-spelling
the crazy numerics
of your return in the country
of my mind.

editors note: All our truths; love, expectations, promises; made more fragrant when “perfumed in the delicate touch of words.” – mh clay

Need-a-Read? Who doesn’t! Howsabout one that has some teeth to it? Don’t let the sweet title fool you, “Thumbelina” by Contributing Writer and Poet Addie Soaraki, has quite the bite!

Here is what Short Story Editor Tyler Malone had to say about this pick-of-the-week tale : “The revolution will not be Tweeted, even if there’s full-out war out our windows. And there is. There always is.”

Here’s a lil bit to tease ya: 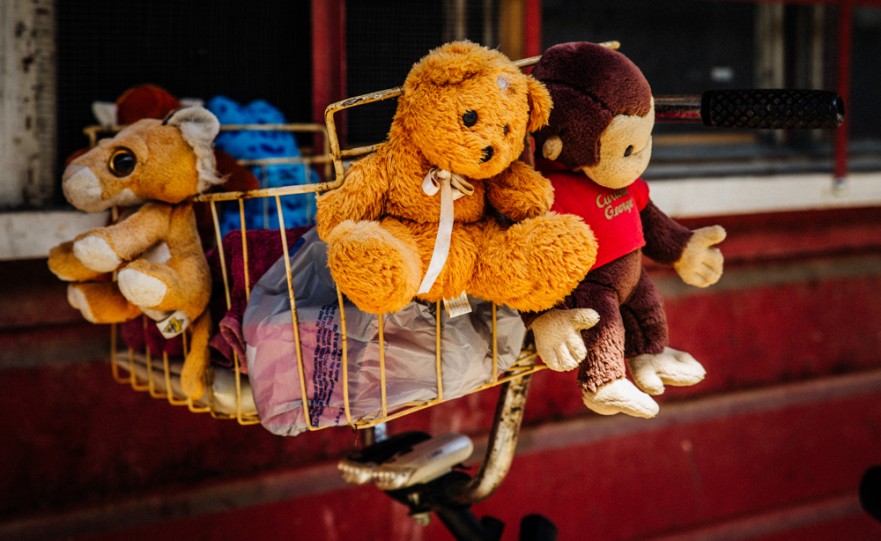 Toys. That’s what the roughly painted graffiti read. Crumbling bricks that had once served as a retaining wall provided the so-called canvas. It was a hard-core fact that most who wandered past the beat-up apartment complex that perched like a dying whale just off I-70 in the Granite City neighborhood, not exactly one of St. Louis’s finest, figured the graffiti was merely the product of some twelve-year-old’s unimaginative imagination. No, it was far from that.

Toys. And plenty of small children. Easy. Right? Unsurprisingly, the biggest clue to the one-word tag sat directly behind the disheveled retaining wall: A nicely-painted 1994 baby blue Cadillac. In this neighborhood? One would have to be kidding themselves to believe that.

The third clue to the great Toys mystery happened to be the owner of the Caddy: A lumpy, roughly dressed Hispanic man who carried a beer or even a bottle, and whose name was Pablo. From the looks of things, Pablo and his brothers (all of them lived in a small efficiency) could never have afforded the gas, not to mention the Cadillac, but no one paid them any attention. The trio of possibly undocumented guys worked at a nearby Mexican restaurant, and all day long that shining Cadillac sat parked behind the retaining wall that displayed the word, Toys.

The complex was a haven for seemingly broken-down Latino families. Plenty of small kids rambled and scrambled the decrepit lot, and some were openly friendly while others, like Pablo and his running buddies, were not. Everyone on the outside thought Pablo and Co. laid up drunk all day and then sauntered into work in the evenings. Odd things, however, seemed to be happening around the complex.

Think of all the Halloween-like nights you—yes you!—have wandered all through the deadest parts of town, frantic to find some coke, some good coke, not ground-down crack, but the real coke, simply because your typical dealer had already snorted and shot hers; you, pushing down strange and possibly dangerous sidewalks, a white boy walking past the catcalls from the black boys and girls wandering from one house party to the next, and then you see the traffic, the nice cars, the wonderful, shiny cars, and you realize that—yes!—the college students know where all the good shit is, and so you go in.