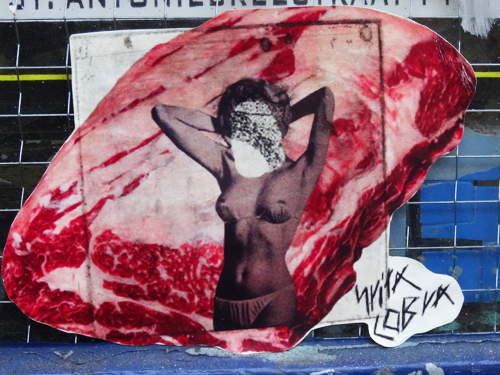 “Amsterdam” (above) by featured artist David J. Thompson. To see more Mad works from David and our other contributing artists, please visit our Mad Gallery. 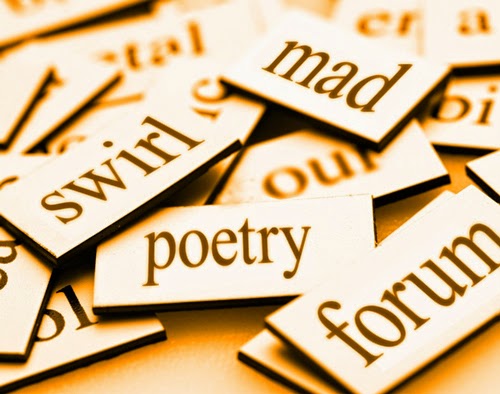 This last week in Mad Swirl’s Poetry Forum… we turned family fortune and father’s fear to ash; we lingered like sun’s long twilight look, when night seeks day with a lost sky hook; we suspended sorrow in a fit of fingers; we braved the bar scene pick-up put down, lost out and left; we flicked a flame of scavenged light to take a drag of dwindling night; we tumbled in a wave-raced roll; we filled up full to take a chance on love for lust after avalanche. No gamble, no gain… ~ MH Clay

He is a relentless avalanche of FUCK
coming at me like an eighteen-wheeler down a 45 degree angle hill,
all that momentum aimed straight into the softest part of me.
He is urgent.
Overwhelming.
Turns my insides into a storm of desire.
Then again –
maybe I just like his personality.
No.
In the thickness of the wet moments, I have no brain.
He lifts me as though I am weightless,
empty-
then fills me with himself
again
and again
and again.
We become alternating fusion and fission.
Furious skin threatens to break
and allow monsters to emerge
and transform.
We are wolves clawing our way to the surface.
Did I scream out loud?
Or is that just the sound that muscle and bones make
when they bend like light.

He said I wasn’t as delicate as he’d expected.
I said nothing.
Just watch the light play along the profile of the mountain.
It’s safe here beside the mountain-
now that the avalanche has settled
and sleeps.

editor’s note: When the tunnel takes the train, that rush and rumble’s enough to make a whistle blow. Whew! – mh

The ocean waves,
consistent, slow,
as your dark eyes
slide down a-wash.
They touch me now,
they spin my stars,
I go from child
to woman’s roll
like running tides
becoming fluid.
From warm to hot,
a racing sea.

A NIGHT IN HARLEM

Darkness dives upon Harlem,
tearing off the moon from the knife-edged snow
splinters of gold bleed the ground,
and smear the lidded heads of thick human throng.
Set bay windows stack in symmetry under the
shop awnings,
chalky flakes blur the cut-out frames,
glowing of scavenged light.
Tonight, the moon hitches on the back of sleep,
snagging flying notes ping-pong over from
the nearby Paris Blues’ bar,
where a drove of patrons loiter on pulverized sidewalk,
a ghost of mist snake round their scuffed boots,
as yellow cabs scurry upon potholed street, spewing an ocean
of acid rain.
A short-skirted dame tumbles out of a dark limousine
with spinning wheels by the loading dock,
a textile cloud of laurel green, champagne pink and licorice black,
struts up the steps,
trailing of perfume and sable fur.
Patting her puffed up hair,
tossing a hello at the bouncer there,
she digs through her long-strap purse for a pack
of Lucky Strike.
Cold air slaps wild and hard,
she lurches to cordon off the blast with her cupped fingers over
the cigarette and the others flick fast on the flint wheel.
It sputters then jolts to life in curious
states, part wind, part snow, part pitfall.
The slim butt passes from stained lips
into deep smoky drags
entering, exiting,
then settling like a goodbye kiss.
She draws in the burned foliage of the evening,
tasting stale breath and hollow New York’s moon.

the crowds cheer as I walk the talk, shoulders back, assets forward

deep breath, step back, size up the situation

launch one last attack of wit on the unsuspecting khaki coalition

what kind of condolence adjourned to get an everlasting poke?

editor’s note: Something’s burning here more than my ears; it’s the pull of the poke. – mh

Sunset dollops fuchsia glaze along the bay
where city sludge oozes toward surf,

life contrasted on sand in the setting.
Light, like hope, refuses to die,

tosses up some gold as a one-armed mime
tries to hook black sky nearby.

editor’s note: What mime makes into motion, poet twists into twilight transitions. Picture perfect! (Read another one from Tim on his page. What Lincoln would do with Twitter – Check it out!) – mh

I was born to a man
Who knew no limitations
And sacrificed himself
Willingly
To the god within.

Confident what was here
Always would be,
He engraved family names
On anything
Affordable.

As rightful heir
To this immortality,
I blew the ashes
From my hand.

His death
Will include his heaven
And we—
His children—
Will burn
The throne.

Need-a-Read? Check out the latest addition to our short stories library, “White Angel” by Chuck Taylor. Here is what Short Story Editor Tyler Malone had to say about this pick-of-the-week tale: “The dead we carry will always burden us more than the living. But then again, that’s living.”

Here’s a taste to feed that need:

Well, I’d say I’ve done fairly well in this hardball game of life we all come to naked and crying. I’ve got two great grown kids—Sarah and Mark—who seem sane and happy, I’ve got my loving wife Mary of thirty years, I’ve got my two story home in suburban north Dallas, and a job with Grace Insurance that I’ve long been bored with but can do in my sleep.

Still, I’ll let you know that I could whip off my pants’ belt, right here in this moment, and hang myself from that railing up there on the upstairs’ balcony. All I need is a ladder from the garage to kick over. But of course I won’t—death is such scary shit—especially on this day, April 22nd, 1996, the thirty-fifth anniversary of my mother’s passing.

I can see her standing at the kitchen sink in the midst of cooking supper in her red checkered apron, back in 1961, when I came in the back door from school in San Angelo, and as I walked by she turned around and said I love you, but because I was thirteen and trying to act a man, I rolled my eyes, made a face, and kept on walking down the long hallway to my bedroom with the “KEEP OUT!” sign on the door, pushing the door shut with my foot and a slam.