It’s a challenge to give direction while holding to your own. – mh clay

New Year’s. It’s all resolutions and to-do lists.
Lists of all the things I know will be missed.
If I make one, I’m sure I’ll never find it.
It’ll hide down the back of the sofa – or behind it
Lists are bad.
Moses saw to that.
Thou shalt not covet.
Thou shalt not this or that.
Come on Mo, speak proper English.
Thou shalt not! You and your tablet!

We open the back door to let the old year out. How polite!
And then the front door to let the new one in. Big mistake!
That’s just asking for trouble. Are we missing a trick here?
What if we didn’t open the front door?
Didn’t let in the new year!
Just crouch in the corner, pretend that time has stood still.
And that no matter how bad, things can’t get any worse once we stay here.

And making resolutions is really just pre-emptive inventory of future failures and mistakes.
A rod for our backs, a Catholic kick-back for when things finally fall into place,
so we don’t lose the run, now that we’ve left the club,
and that’s the rub, you never really shake it, the guilt, and parties are great.
But the pretense of ‘bring it on’ – bring on the new year?

Come on! You know we’ll all be facing the same crap,
but with less capacity to deal with it in our delicate state.
Politicians don’t get any smarter ‘cause the world turns another revolution – Oh,
don’t mention revolution, the weak will still suffer,
policies will just get harder no matter.
So, yeah, let’s all inebriate, celebrate!
Bring on the shit storm once again, here’s to the hamster wheel, let it spin!

Keep it out or let it in; that wheel’s gonna spin and spin. – mh clay

I am paused, it would seem.
What once thumbed eyelids open
mid-slumber to catch a phrase
in the act of art-making,
oblivious to its inopportune timing,
itself now surrenders to a vacuous torpor;
that state of being
unpossessed of the noteworthy
the mind an unoccupied territory;
a blank page
staring at its snow-blind twin
framed in a mocking mirror of doubt,
resurrecting the spectre of that
which first ever got in your way,
that sense of not belonging,
having nothing to say.

I am paused now, it seems.
And that which once closed my mind to the task,
that exclusion buffer of insecurity, inadequacy
the certainty that this role does not belong to me,
or the inverse, more accurately,
through third party prompting
no longer stands in the between,
words here trailing, to which are testimony –
I no longer hit pause – I hit start.

Truly, much ado (eloquently uttered) about nothing. (We welcome Frank to our crazy congress of Contributing Poets with this submission. Read more of his madness on his new page – check it out.) – mh clay

From cave to shack to shanty
Luscious forest canopy
Humble abode, tenement slum
Brazilian hillside favelas
60’s high-rise, urban sprawl
90’s, noughties boom and bust
from all of this
our shelters from the storm evolve.

Hearth, once open,
invites only isolation in for tea –
where gadgets talk to satellites
that talk to family.
And strangers alike.
A world of breathless talkers, texters
connected, whatever.
Deaf to each other.

We have retreated inside
tongues tied by stigma,
cut adrift on a commode
of festering demons,
eyes blind
to the interconnectedness of a toilet pot;
that hub of revelation
where popes and poets
politicians and paupers
and the rest of the worst
and the best of us
unload
the burden of stature or status,
succumb to the true nature of things
and come to understand
the great leveler of a toilet lid
in the upright position.

As you open your eyes to this, you might want to hold your nose. – mh clay

The priest stood over me
in the name of the father

And he splashed me
in the name of the son

I screeched my protest
and still he splashed me

All stood by at the altar
as he splashed me

in the name of the holy
fucking ghost

Sin without we, our father, etcetera. Hail mary, that’s a hoot! – mh clay 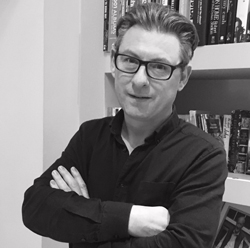