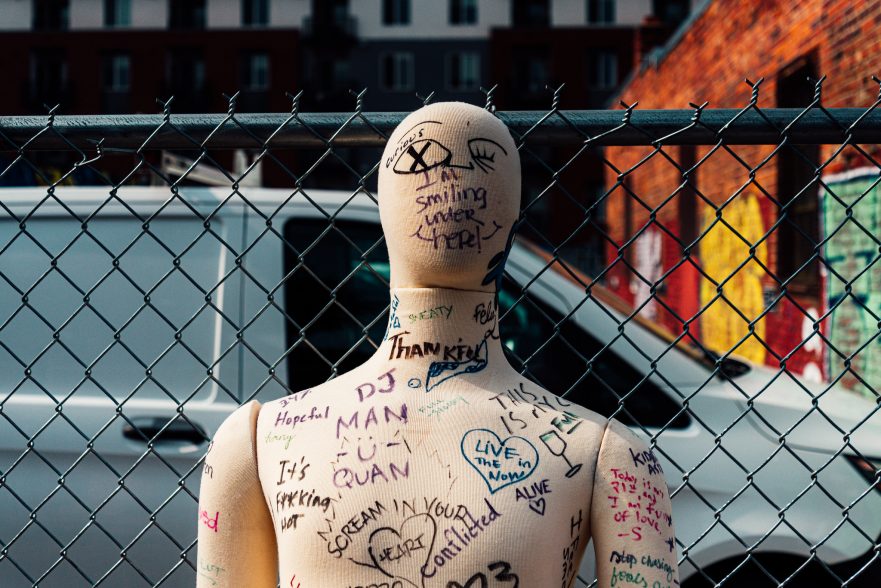 Willie Ortloff knew Pamela Sunshine was going to crash through his front door in about a minute and a half and begin asking questions — questions for which he had no satisfactory answers.  He dreaded what was coming.

Willie ran a straight shop. His work was immaculate and he had ethics. That ought to mean something.

He had the only underground tattoo parlor on the Lower East Side. The City of New York frowned on it. In fact, tattoos were against the law, just like you couldn’t name a saloon a saloon. But that was another story and he could hear Pamela Sunshine banging on his front door.

Pamela was a pole dancer uptown at a place called the Garden of Hedon. A topless joint with plastic palm trees. Sure, Willie thought, it was okay for women to dance almost purely naked for fat guys drinking martinis, but he couldn’t run a tattoo parlor.

“Okay, Willie, open up! I know you’re in there and I want some answers.”

For such a pretty girl her voice was like a foghorn. He had tried to help her out with the tattoo. He ran an honest, ethical business. Military guys would come in and say they wanted Go Army on their biceps, but no way was he going to really promote war. Others wanted a heart and a dagger on their arm. Out of the question. He didn’t do schlock.

“Willie,” she shouted in his face, “Max the bartender at the Garden says he doesn’t think you did the tattoo right.” Pamela was short and brunette and wore low cut blouses and tank tops even in the winter. Her exposure was always southern. “These here are the Community Chest,” she’d say loudly, with a hoot like a Moran tugboat on the East River.

“I told you to do Chinese characters for Long Life and Good Fortune. Max says he doesn’t think that’s what it says.” She pulled down her blouse and displayed the four characters permanently tattooed in red ink on her left breast. Her nipple winked accusingly.

“Well,” Willie said, pouring himself a water glass full of vodka. God, he was going to need another bottle if Pamela kept hitting on him. “Well, what does he know?” he squeaked. “Is he Chinese?”

“He studied Chinese. At Queens College.”

“He’s a professor or something?”

“No, he withdrew from the course — while passing, I might add — but he knows his stuff. Bartenders know everything. That’s why they make them bartenders.”

“So what’s it say if he’s so smart? Maybe he studied Cantonese or something. I only do Mandarin.”

“C’mon, we’re gonna get to the bottom of this.” She pulled at his arm, the one with the glass of vodka, spilling it.

“Willie, I swear if you screwed this up, I’m going to the cops.” Her face twisted into a pretzel of anger. “I’m gonna have you busted for running a tattoo parlor out of your apartment.”

Reluctantly, but without leaving the glass behind, he allowed Pamela to pull him out the front door and up four steps to street level. East Fifth Street and Bowery was empty at this time of the afternoon. The sunlight was very hot and dangerously bright.

“Where are you taking me?” he complained. For such a small girl she was stronger than Willie, a fact he hated to admit, but he hadn’t worked out recently. Not since high school, actually.

She barged into Wong’s Laundry four doors down, dragging Willie behind. This was getting worse and worse, he thought, trying to catch a sip from the glass and banging his head on Wong’s front door.

“You got ticket, I give you laundry. You want help, call police.” Mr. Wong was a neighborhood fixture, a small man with thick glasses perpetually steamed up from the laundry going around and the presses fired up by his daughters.

“Look,” Pamela demanded, pulling down her blouse and lifting out her breast. “Look, Mr. Wong, what’s this say?”

Mr. Wong took off his glasses and wiped his eyes with his shirtsleeve. “You want me to read that?”

“It say Good Dish, But Not Too Cheap.”

“Whaaat?” Pamela said. And she repeated herself.

“Good writing. Nice art.” Wong nodded several times. The daughters stopped pressing shirts to see the woman on the other side of the counter with her mammary hanging from her blouse.

She turned to Willie and Willie’s hand began to shake. The inch of vodka began tossing up little tidal waves and he had to steady it with both hands.

“Look, Pamela,” Willie protested. “What’s this guy know? He runs a laundry. Maybe you should go to Metropolitan Museum or the Chinese Embassy and get the real translation.”

“Good Dish. Not Too Cheap,” she said. “I don’t believe it. Willie, where’d you get these characters?”

It was the moment he had been dreading. “Off a Chinese menu,” he confessed. “On Second Avenue. They do really good shrimp lo mein.”

“Good Dish, that’s what Max the bartender keeps telling me, and I sure ain’t cheap,” she said slowly. “I think I like it.” She tucked her breast back in the blouse. “Willie, listen, I got an idea. Can you do Arabic or that kind of writing they do in Bangkok?”

Every day we weaponize ignorance. Every day it’s we wear what we don’t know as armor to assault the brand new day. ~ Tyler Malone

A bit about Walt: Walt bounces between writing genres, from mystery to humor, speculative fiction to romance with a little historical non-fiction thrown in for good measure. His work has appeared in print and online in over two dozen publications. He’s also bounced from Fortune 500 firms to university posts, and from homes in eight states and to a couple of Asian countries. He now lives in New Jersey, a nice place to visit, but he doesn’t want to die there.