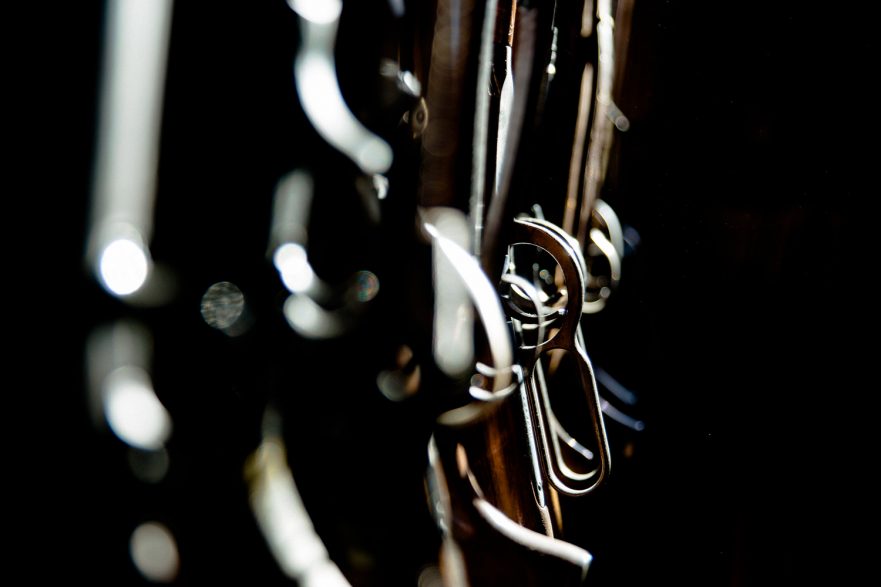 His feet couldn’t handle the pavement. His figure couldn’t bend to the shape of the doorway. But he forced his way along—through the entrance of the bar.

Therein, it bustled. A sort of grime laid overtop everything. It went further than the cigar smoke that hung in the air and the groaning tune that played on the jukebox. It was the murky smell—the dusty veneer that sank into each grain of wood and thread of cushion. Nothing moved. Whether it be the same men who sat at the counter, or the signed photographs on the wall that hadn’t shifted, very little had changed.

When he entered, the tired cycle halted. The door creaked open with more vivacity and force, hitting the wall behind it with a meaty crack.

He towered above all. His stern gaze remained uninterrupted as it sliced through the crowd before him.

The crowd parted for his steps that drove into the planks below.

His shoulders remained sturdy as his march continued to the bar.

The regulars looked him up and down, cigars dangling from their jowls.

He placed his hands on the counter, glaring at the man behind it.

The bartender glared back, with nowhere near the same level of ferocity. His hand worked at a glass with a rag.

The man reached into his coat pocket, unveiling a brass shell. He brought it to the level of their eye contact.

The regulars gnawed at their burning cigars—they glared along with them.

“May I help you with something, sir?” asked the bartender. His hand continued at the glass.

The man brought the shell to the empty counterspace between them, placing it onto the wood.

The regulars became rigid in their posture, their chairs creaking.

“Nineteen-seventy-two.” Deliberation sharpened his quiet voice to a fine point. “You left this in my tiny little palms. I still have it.”

“You made me a promise.” His gaze remained like a razor.

“Sir, if you could kindly leave this bar, I think that would be best.”

“Do you remember the promise, Will?”

“Sir.” The bartender placed the glass beside the bullet.

The regulars drove their cigars into an ashtray, their seats groaning.

“I only share such things with good mannered folk.” The bartender crossed his arms, rag in hand.

“People like me are the ones you should be sharing such things with. That is where you will find most use in it.” His eyes never lost their vivid shrewdness. “I need a drink, Will, if you’d be so good mannered. My money is still good here.”

Will tried to summon an ounce of fierceness, but he retreated to the glass on the counter, swiping it away. “What will you have?”

“Whiskey,” the man said, toying with the bullet on the counter.

He turned to the gallery of liquor, taking the bottle of amber in hand.

“Bring it here and pour, Will.”

So, he did. The bartender set the glass down beside the bullet once more—beside the man’s kinetic fingers.

The pour was frightful at first, coming out in frantic bursts.

As the whiskey greeted the glass, the man continued, “You’re an old man now, Will. Old. Man.”

The glass grew fuller as the seconds passed. Will did all he could to avoid the man’s eyes. His gut couldn’t take them.

“That’s plenty.” He reached for the glass, his hand sliding across the smooth wood of the counter. His fingers hit the glass with a sharp noise. The bullet still remained between his fingers. “Now,” he said, bringing the bullet to his inspection. “Do you remember your promise?”

“The promise!” he roared.

The man took a long drink. The ice hitting the glass could be heard through the bar.

Will’s bottom lip quivered. He dared not to look anywhere near the man before him.

“Come on, Will, now I’m not the only one listening.” He took another sip.

“When?” he asked, as if through syrup.

“So that I could live, knowing that you would inevitably hunt me down and kill me?” He finished the glass, slamming it onto the countertop. “Well, it’s been twenty years!” The silence clung to the walls like the grime. “Twenty!”

“And now I’m here.” He slid the bullet across the counter, slow.

“I’m not that man anymore.” Sweat laced the bartender’s forehead.

“And my father and my mother are not themselves anymore, now are they? You killed them.” Out came the pistol from the man’s waist—onto the counter. “So, kill me.” He slid the rail back. In went the bullet. “Prove to me that you are a man of your word, Will.” Across went the pistol. “And you’ll get to live a little longer.”

Will glanced at the pistol, bringing his hand to it slowly. He could feel the heat of the bar’s attention.

“Thank you for returning this to me. I’ve had a lot to think about since then.” Will slid the rail back once more, funneling the bullet into his palm. “If this has been your purpose—your goal for the past twenty years, then I am sorry.”

“I will let you do with that bullet what you will.”

The smoke seemed to cease in the air.

With the closing of the door behind him, the tune from the jukebox was new—it played with a breath of fresh air.

Life. Death. Choices. They’re all at our fingertips. ~ Tyler Malone

A bit about Zachary: Zachary Toombs is an aspiring artist, writer, and musician from Poughquag, New York. His fiction piece, 'What is Already Broken' will become published in the upcoming issue of Alcyone Magazine.