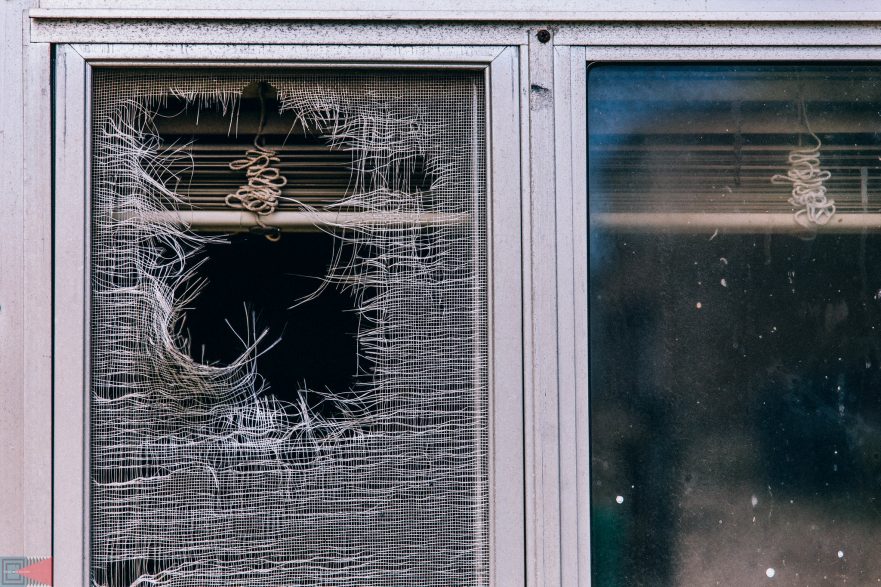 The silence was eerie. The darkness was sinister. After his great feat, he had expected joyous celebrations, pompous gifts and that elusive key, his mentor had promised him. He was sure he would get the award of all awards. His mind reassured him that the silence and the darkness were temporary. Therefore, he decided to wait…

Losing count of time, a long period must have elapsed. He was not a person who let fate decide the course of his life. He carved his own future with grit and blood. He took matters in his hands and decided to find his way to the key.

He took a step.

Where were his feet? He had no feet! Yet he moved. He was falling into an abyss that had a rough and rugged surface.

He raised his hands to break the fall, to stop!

Like shooting stars, arrows pierced his body but he couldn’t figure out the damage the arrows had done to his body. He widened his eye! Without hands, he couldn’t rub them. Then he figured out he had no eyes, although he had eyesight. He could feel the sight… But he couldn’t see.

Before he could deduce what was wrong with him, he was drowned in a coagulating liquid which had a pungent smell that he remembered. What was it? The liquid was suffocating him. He tried to swim out but, the lack of limbs had constricted him. Sadly the overwhelming smell of blood… Was it blood? He had smelled enough blood to recognize it. Strangely, he couldn’t smell. He had lost his sense of smell.

He thought he heard hoofs of angry bulls running towards him. But could he really hear them? Or were they only vibrations? He strained his ears to hear until he realized he had lost his sense of hearing.

Like a pendulum, he swayed. He burnt in one end and drowned in another.  And then his body started bobbing in the viscose plasma that stifled him. Suddenly it dawned upon him that he could not feel anymore.

Bereft of his senses, he tried to remain confident about his faith and beliefs. He tried to peer through the troubles.

What was wrong with him? He was frantic. He thought he was losing his mind.

But he was a warrior, he wouldn’t give up. Slowly he tried to reach this destination. The place where that divine key hung. His master had told him that he would possess the key when he performed that blessed feat.

He wouldn’t give up. He tried again until the momentum made him queasy. It made him retch, but, nothing came out. At that moment, he knew he had lost his body, yet, he felt it all!

Truth struck him like lightning. He had lost his senses and his body. He probably was dead. It was only his soul that was facing all that torture.

His master’s words were all he held to. The blood of your non believers will help him procure the key to heaven. That key would lead you to a penthouse of affluence and glory.

He had killed a mass of innocent people to get that key. Where were the divine ushers? They hadn’t arrived yet! Didn’t his master tell him that the divine ushers would lead him to the angels and the land of opulence?

Robbed of a body and senses, what was that penthouse worth? Had he been fooled? Although he was confused and scared,  he wanted his penthouse! He didn’t want to be a soul without a body. How would he enjoy those divine perks, otherwise?

He was suctioned into a ball of fire. He was burning but not dying. Had he misunderstood his master? Was his fight against the infidels worth it?

Were they really infidels?

The jarring sound of the alarm woke him up. He was thankful he was still alive and blessed that he was not dead yet. He was honored that life had given him a second chance.

Right then the alarm beeped a second reminder! He looked at his kit. The bomb would explode in the next hour. His master had given him the task to bomb a contingent on the move. His master had promised him that this act would lead him to the key that would direct him the penthouse called heaven.

He was in a dilemma. He didn’t know if he should forsake it all or give humanity another chance. But then the bomb beeped another urgent plea.

Trusting his master and ignoring his inner voice, in greed of that divine key, he wore the bomb and walked to his target–

Who are the monsters? It’s not so much where they’re hiding but when you realize that you’re someone else’s greatest fear. ~ tyler malone