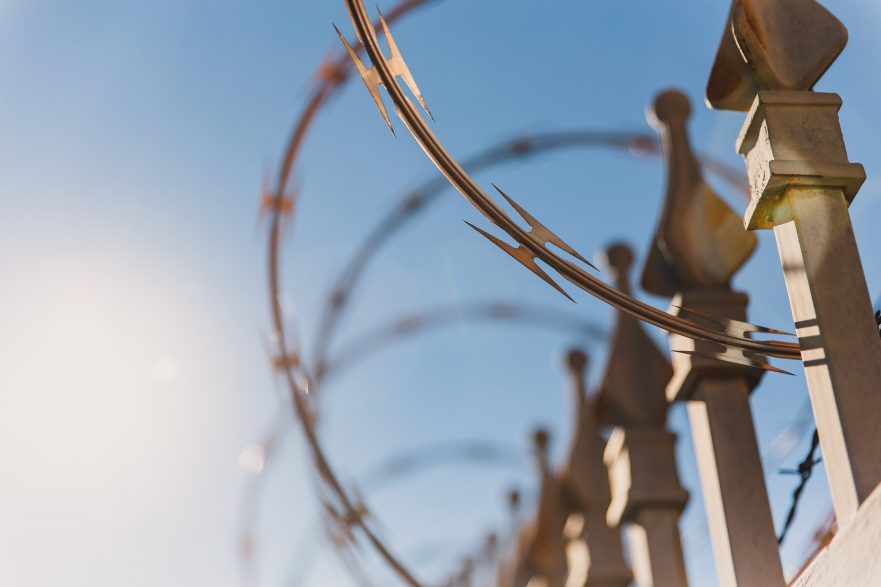 photo "Making and Living by Killing" by Tyler Malone

I heard him brag, in a speech at work, that he was self made. I was so focused on the beads of sweat dripping down his face that I didn’t think twice about being told to shine the light on him as he speaks. It wasn’t until after my boss walked away, and I saw him slither in, that I grew put off by the instruction. We had been told not to punch-in until after the meeting, so not only was I setting up and pointing this light for free, but I had also not been told how to work the huge thing. Additionally, the small worker’s lounge, built for lunch breaks not speeches, didn’t have any obvious place to prop up a spotlight. Desperate, I dragged a table to the back of the room and strained the gigantic light on top of it. Luckily for me, no one in that room could afford to be the one to sit and block his spotlight, so its bright beam had an unmolested path to the podium.

After introducing himself and receiving applause that was as enthusiastic as it was forced, he went on about how he left college with nothing but a piece of paper and a dream before transitioning into the thank you section of his speech where he reminded us all that we had helped ensure the corporation had the most profitable fiscal year in the 20 years since its founding. However, I was confused, because we had all heard about his billion dollar inheritance a year after his last surviving parent had passed away — a day we were told should use for mourning, and also working our normal shifts. Not to mention, his biography on the company website credited a “small family loan” for the original funding for the corporation, which I was told was really a 10 million dollar gift provided by his family. His voice boomed through a sound system three times too boisterous for the small crowd of employees. His words screeched through the speakers like nails on a chalkboard through a megaphone. I was so taken aback by his voice that I lost my balance and grabbed the spotlight to regain my footing, burning my palm on the shaft of the oversized lamp. Luckily, I didn’t move the light off of his small frame, but I was less lucky in suppressing my surprised yelp. I covered my mouth trying to deaden the noise but realized that the cacophony originating in the speaker’s mouth more than camouflaged any noise I could possible make. I was overwhelmed with a desire to flee the auditory bombardment but just hoped it would be quick so I could get to work.

More distracting than his voice were the large flags that had been brought in and placed awkwardly on either side of the break-room bulletin board which had been stripped of its usual reminders that we were a right-to-work warehouse, anti-union infographics, and employee of the month placard to make way for a full size advertisement centering on a wide-spread eagle. Our product is all American and our advertisements are nothing if not patriotic. The oversized red, white, and blue flags reflected the bright white light as they fluttered in the wind from the A.C. unit above the cork board, protecting the worm at the podium from the ferocity of the bird-of-prey lingering right behind his small frame. The intensity of the light dulled everything else in the room making the entire scene seem like it was on television. I could feel the colors burning themselves into my retinas. I blinked frantically and could see the inverse of the colors encased in white on the back of my eyelids. I turned away from the light to get my bearings. I whipped my eyes and stared wide eyed into the dark room. I saw that flags had also been placed in front of the door, in effect, blocking us all into this neon, steam-whistle network special.

I turned back and stared at what my boss had described as “the man that signs our paychecks” as he continued his dual assault on my senses — seriously debating how bad I needed this job. I could just walk out of the loud, heavy, steel door, at the front of the room. It was not blocked by any flags, but I knew enough to know that if I walked through it, I might as well find a new job. After weighing my options, doing some quick math, and realizing the thirty-four dollars and twenty-eight cents I had in my checking account could not sustain me for as long as it would take to find a new parasite to “sign my paychecks,” I settled back in for the long haul. The low angle of the light cast a huge shadow, dwarfing my tiny captive. The monstrous caricature towered over the entire audience, dancing and convulsing on the wall and ceiling like an interactive Rorschach test that we all agreed looked like a massive dead end.

When he had finally finished, he waved and the lights kicked on. I looked around as my eyes struggled to readjust to the sudden change. As the impact of the meeting wore off and the real world came back into focus, I could see that my coworkers were all similarly incapacitated. My boss stumbled onto the podium and slammed into it in his blind confusion. Once my manager could see the microphone well enough to speak, he waved at the quickly exiting speaker, and told us all to give a round of applause for his inspirational speech. “And thank you, sir, for using an hour of your valuable time to come and speak to us all,” he said waving. “Now everyone, don’t forget to punch in before you get to work.”