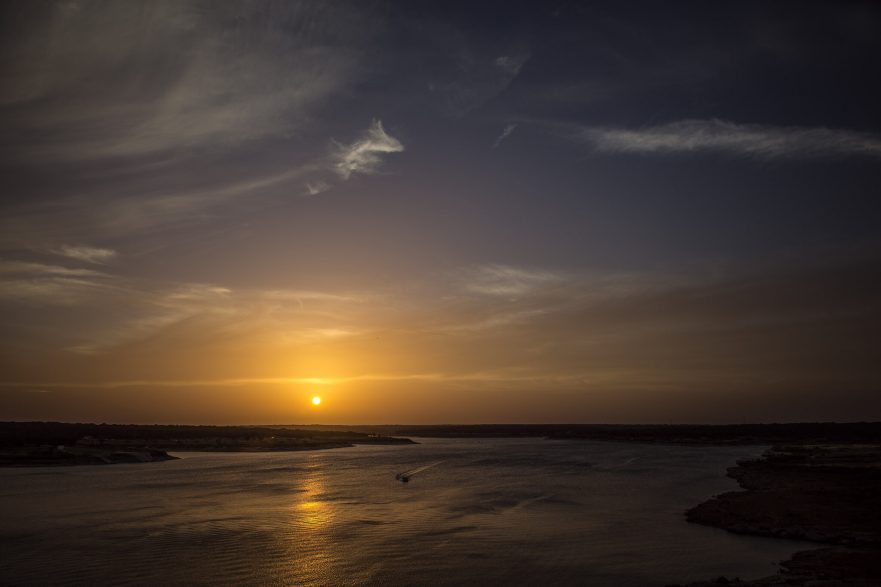 My son lives in a small town. Recently, I was helping him move to a new apartment not far from the one he’d been living in for the past five years. The old apartment is a 1930s or ‘40s era city office building that had been converted decades ago into housing. It’s located on a beautiful little trout stream that runs through the middle of town. A million dollar view for $600 a month. From his second story balcony you could look down into the water and see brook trout rise, ducks, herons, and small birds fly, mature oaks, maples, muskrats cleaning their teeth.

We were waxing nostalgic about what a great place this had been for him, good years and good memories, when he told me that what he’d miss most about living there was being able to step out of his front door in the summer and walk barefoot in the water. At that moment it suddenly dawned on me how many of my own life’s memories involve bodies of water and the people in them. Trout streams, lakes, oceans, rivers, hot springs, swimming pools, boats, beaches, docks, canoes, riding bicycles in the rain, the sound it makes on the roof, burbling brooks, drinking from a pump without a cup, waves lapping on the shore.

I was a child during the great flood of ’65. I know that nature isn’t always kind. Some memories of water are filled with sorrow. People drown. Maybe those are the strongest memories of all, tears, tides, dark currents running through the silent water of ourselves.

Then while driving home after a long day of lugging furniture up and down stairs, I turned on the radio in my truck for just long enough to catch the tail end of a tune, and there it was, “Let the waters come and carry us away.” That little bit of lyrical rain to lock in another memory with song. Song, the musical water that quenches our longing for meaning in ballads, anthems, and hymns. A cool cloudwash of every kind of river to cross over every troubled bridge and every wide Missouri of our private thoughts while we’re sitting on the dock of a bay dreaming of the sea.

Most of what we are is water. It walks in our shoes. It has molded our thoughts and feelings from the beginning. We take ourselves into it and it becomes us, swimming in the lifeblood of myths, stories, and the shapes we create with it.

A week ago I heard the story of a teenage girl who nearly drowned because she was too far from shore and ashamed to call for help. At the moment when she knew her life was over, two scuba divers rose up out of the deep and appeared beside her. They had been collecting golf balls. She smiled and nonchalantly asked them if she could hitch a ride back in. What are the odds? What kind of unfathomable world is this? That girl is teaching school now, and someday that old apartment building where my son lived will be gone, but I’ll return to the stream, think of him, remember the good water and cry.

Every epitaph ever: Here’s lies a life written in water. ~ tyler malone

A bit about Stew: "I am a child of the chemical industrial complex. I am searching for the right combination of words to unlock the places in myself that I don’t have a key for. I’d like to tell you the truth, but lies are more compelling. I suffer from occasional bouts of inspiration. I am working on a cure."