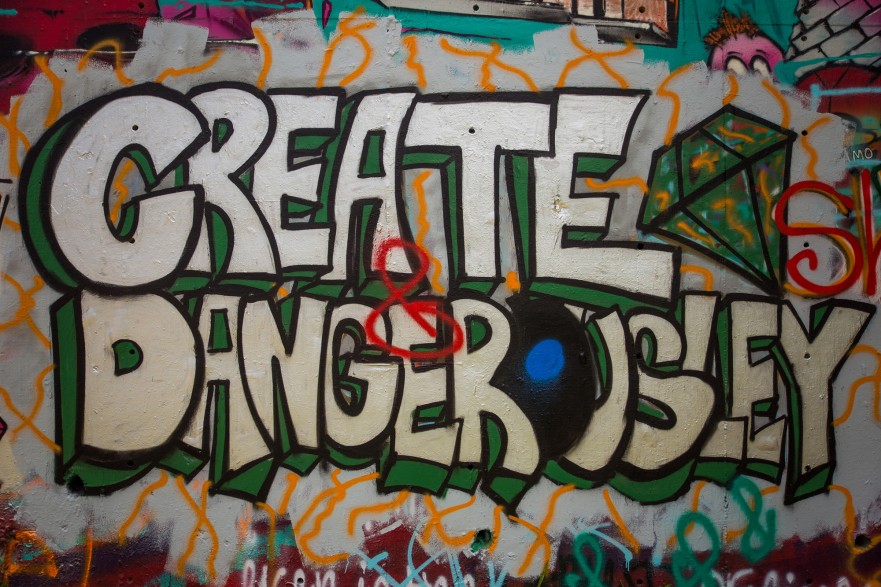 While I’m the recipient of Happy Springs’ Senior Citizen Prize, I can’t comprehend why my art’s heralded as precious. Five-year-olds can knock together found objects. True sandbox pals attribute value to most refuge, even stuff, which after being turrets and moats, is tossed aside as bottle caps, lost memory sticks, broken rubber bands, and paper clips-gone-wonky.

When my neighbor Jim-Jam O’Neily complimented me on how well I depicted local government corruption in my collage of toothpicks, orange peels, and tinker toys, I shrugged and walked away. I left him with blue-tack over which to cogitate.

My fabrications are my means to politely repurpose my daughter-in-law’s leftovers. I figure I’m doing her a favor by transforming her kids’ food scraps and mismatched playthings into work I can sell for cab fare. It’s not my fault folks are dumb enough to buy it.

It is my intention, though, to make it. The gallery owner gets his per cent, my grandchildren get excused from some of their chores, I make pocket change, and I get to surreptitiously rearrange my son’s home.

Nonetheless, I ought never to have been acclaimed for such poppycock. I wager every house, on every street, in every neighborhood, has tons of rubbish suitable for wall decorations. Besides, prestige causes problems.

Once, the so-called weight of my “civic” handiwork became the Green Party’s basis for hounding me. They wanted me to run, on their platform, for Congress. I wanted to continue spending my hours with my children’s children, with my mahjong ladies, and with my taekwondo class. Politics is the stuff of idiots.

Unfortunately, my family, who delights in elevated social standing, insisted I give it a go. Tanya bribed with indigo fondant cake. Robert reported how his coworkers’ jealousy made him feel virtuous. Susie-Q took lots of pictures and downloaded them to the Internet.

I snapped back about the red letter day when I’d: show Robert’s boss where Robert had buried chipmunks and baby squirrels, tattle to Tanya’s husband about the beefcake magazines she hides in their master bathroom behind her tampons, and charge Susie-Q royalties based on hits per picture. Robert and Tanya backed down. Susie-Q made up for their yellow-bellied inanity, for their pusillanimousness; she hired a slick PR dude to shadow me.

Kevin Brown was a nice eyeful, but entirely stupid. He derided my need for milk thistle and fenugreek, claiming I ought to augment my life insurance policy instead of chocking back herbs. He mocked my practice of yoga, too.

Greater than any other pleasures, art is endlessness with passions and poisonous to any person that wants to peek inside the hallow heart of it. They can just fuck off. – tyler malone