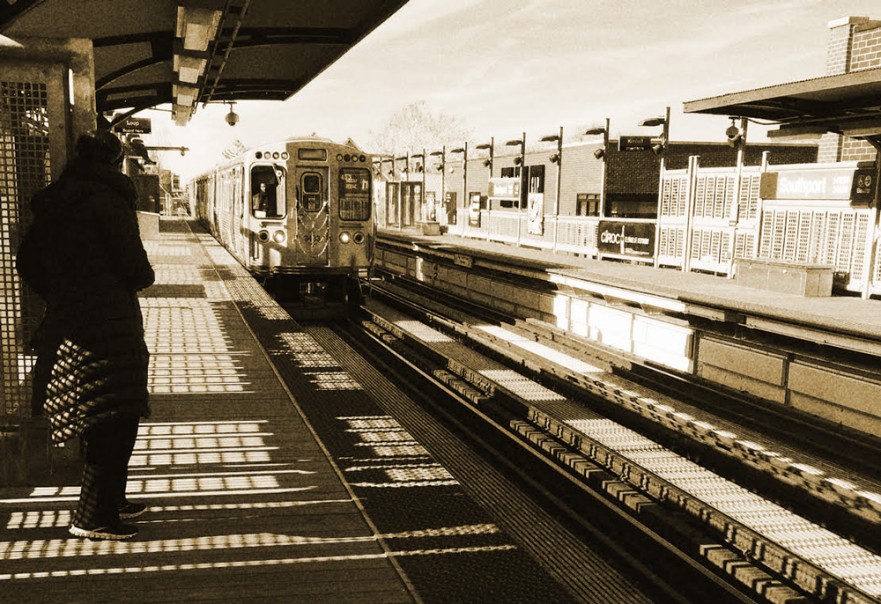 A strange premonition on the train, the night before I’d dreamed of Bedford Avenue, the last Brooklyn stop before First Avenue. The words filtered through the images for no sensible reason the way things do in dreams. Of course in analysis we studied dreams to make sense of my waking life, so I paid attention to each dream and wrote this one down in the standard habit, straight out of bed on my night table to my right, immediately out of my sleep.

It should have occurred to me even more strongly there was something weird when the train didn’t stop at Bedford, after my stop, Lorimer, and before First Avenue. As in many dreams, many strange images got in the way of the specifics in my dream report.

Across the street from his place for forty-five minutes I wrote a love poem at the Heartland Café, that sold good Colombian coffee, then moved toward my 4:20 appointment.

I drank two small, white Styrofoam cups of the good Colombian coffee in the café. It was warm and crowded.

I passed the guys on the corner, noting them for some future story, especially the hat that probably covered a head of dreadlocks, and the big, round, gold hoop earring, walked into the vestibule at 602 West 25th Street, rang the buzzer to 6-B, got no answer, rang again, then walked to a pay phone which was a few feet away from where the guys were lounging.

The answering machine responded with the usual speech. “Hello, this is the recorded speaking voice of Haynes Milton. No one is available to take the call. Please leave a message at the sound of the tone.”

The tone took a long time to ring and the problem was the person was not alive. Only a recorded message could take down my desperate pleas to the effect of, “Hi, I’m here. Where are you?”

I never understood his death. The closest I can get to it is this: I’m an old school romantic. I love writers. I ponder their deaths as well. Ernest Hemingway left three wives, departed with a self-inflicted shot gun wound that filled a wall with his brains. Whereas, later in life Bukowski fell deeply in love and stayed married, died peacefully at seventy-three at home in bed. For the twelve years the latter outlived the former. The women made the difference.

They both drank, though the former liked to keep that down in his literary reputation and built it on other factors like fighting and hunting and fishing and the latter built his persona and career upon it.

I liked writing in that café but did not feel like going back there anymore.

Live and die on the page, let the world work itself out. – tyler malone