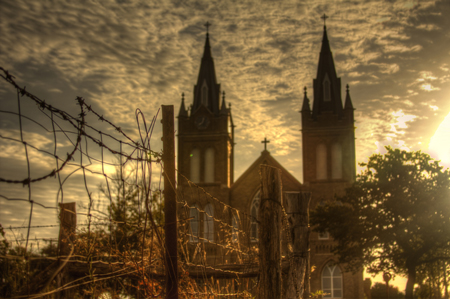 It is 7:35 in the afternoon and Kris is sitting in the middle of a row of kids at church. She is sweating and her leg is shaking and her heart is beating fast and the back of her eyes hurt. She is the most awake that she has ever been in her entire life. She has a lot of Ritalin and caffeine in her system.

Kris read online that the best way to feel high from extended-release Ritalin pills is to peel the two layers of coating from the actual substance. First the thick, red coating, then the thin, clear coating. Then crush the pill into powder and inhale the powder nasally. Within ten minutes, you will experience a light feeling of numbness in your head. This is normal. This numbness will be followed by gentle shaking of your body. This is normal. Next, your heart rate will increase and you will feel very awake and energetic. This is normal. Ritalin peaks when you feel the surge of energy. After it peaks, you will start to feel distant from yourself and the world around you. This is normal.

Kris went straight to her room after school. With a pair of safety scissors, she cut one Ritalin pill in half and peeled the first coating, then the second. She placed a sheet of paper over one half of the pill and used a bottle of nail polish to crush the pill into powder. She moved the paper and used her student identification card to separate the powder into lines. She took a pen from her backpack and took it apart. She took the hollow tube of the pen and slid it up her right nostril, leaned down, and inhaled the first line of powder through the tube in her right nostril. Her nose burned and her eyes watered. She took the tube out of her nostril and quickly laid back and sniffed hard.

Kris remembered that she had to go to church. She told her cousin that she would go. Her cousin said that God was the answer to everything.

Kris went to church. Her cousin brought her coffee. She sat down in the middle of a row full of kids.

She believes God is for people who lack excitement.

After the sermon, Kris goes home and walks straight to her room. She closes the door and stands in front of the mirror. She examines herself. Facial expression. Posture. She thinks, I’m fine. She thinks, I look okay, I look normal. She thinks, Holy shit, I can’t believe I exist.

She stares at herself in the mirror for a while longer.

She thinks: I can’t believe I’m in control of what I see in the mirror. Those are my eyes. That’s my stomach. This is crazy.

She thinks about how gasses fill the capacity of the container they are placed in. The universe is infinite. It does not have a container to fill. It exists without boundaries.

She thinks, That’s like me. My mind has left my body, and it’s expanding to fill a container that isn’t there. I exist without boundaries.

An alarm goes off. She turns away from her mirror to look at the clock. It is 6:30 in the morning. She has to take a shower and dressed for school. She takes a shower and gets dressed.

Her mother says, Are you okay?

Her mother says, You look exhausted.

After breakfast, Kris gets her backpack from her room and gets in her mother’s car. Her mother drives her to school. When Kris gets out of the car, her mother says, Are you sure you’re okay?

Her mother says, If you start to feel sick or tired, just call me and I’ll pick you up. Don’t push your boundaries.

Kris thinks, I exist without boundaries. She accidentally says it out loud.

Kris says, God is a drug.

Her mother says, Maybe you shouldn’t go to church anymore.

Kris thinks, I shouldn’t get fucked up before church. She says, I won’t go to church anymore.

Her mother says, I love you. I’ll see you later.

Kris turns and walks to her class. Inside the classroom, she says hi to Julie and Julie gives her a confused look. Kris asks what is wrong. Julie says, Who are you?

Julie says, Well, say something funny or something.

We are God, all of us. We carry it in ourselves. God is humanity, the only drug you need. – tyler malone

A bit about Gilbert: Gilbert Franco is a 16-year-old artist from Manteca, California who spends most days playing the guitar or drinking orange soda out of a Ziplock bag. He prefers to sleep on the floor and is always on Twitter: @discountlizard