What’s the secret in YOUR sauce? – mh clay 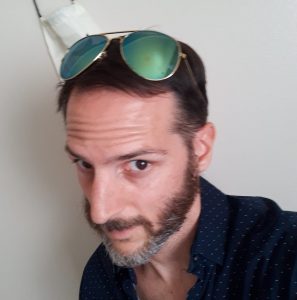 A bit about Mike: Mike Zone is the author of One Hell of a Muse, A Farewell to Big Ideas and Void Beneath the Skin and coauthor of The Grind. Editor in Chief at Rogue Wolf Press and a managing editor at Concrete Mist Press, a frequent contributor to Alien Buddha Press and Mad Swirl. His work has been featured in: Horror Sleaze Trash, Better Than Starbucks, Piker Press, Punk Noir Magazine, Synchronized Chaos, Outlaw Poetry and Cult Culture magazine.