When we get together I am twenty years
Old again and laughing.
We are sat in an Irish pub on North End
Road drinking
Pints of strong lager and cheap Whiskey
Chasers
Our eyes propped open by the braless girls
Who had shoehorned
Their bodies into tight-fitting fabrics.
The come ons, the chat ups,
Slap downs and put downs so cruel then,
So funny now.
And the old boy alone in a corner of the bar
Searching for adventure
In a half-consumed pint of Guinness.
Neither you nor I
Imagining that he might be our mirror image
In years to come.
And as the night grew old and the music louder
The whole pub sang along,
Proud and drunk, to the words of Molly Malone,
The Fields of Athenry.
And the old boy tapped the table with yellow
Drum stick fingers
Playing with a smile on the foaming lips of
A tepid pint.
And now here we are together again, drinking
Good wine and a fine single malt,
forty years later and I am still twenty years old
And laughing.

At first it is inconsequential and I pay it little attention.
Something more aroused than a whisper,
But much less defined than a whimper, a sound
In an embryonic state,
A decibel searching for identity.
My approach is casual, silent, but as soon as I
Touch the gate the sound is born,
Comes to life swelling like an organ in an
Empty church.
And I imagine that just around the corner there is
A rib cage rattling, a chest heaving, a larynx bulging.

From its bark alone I can tell the dog is big,
Instinctively I step back
As the shape of the sound rips up the yard, a big bull head,
Cropped ears and docked tail hurls itself at the gate.
In the stand-off that follows
It regurgitates old anger, regards me with contempt,
Openly mocking my cowardice.
Stares me down, issuing me with a challenge,
A challenge I simply cannot accept.

During these dog days, hold the gate between you and the bite. – mh clay

If she can’t speak, the bottle (and the bard) will speak for her. – mh clay

I watch closely as she deconstructs
Her smile,
A grimace earned the hard way.
Eyes flaunting naked
Madness,
Lips lisping words that pop and fizz
Dissolving their meaning.
I watch closely as her hands tremble
In the pockets of her soul
And her emotions gather pace
Like a tube train
Hurtling towards tunnels of spite
And bitterness and hate,
Whole sentences
Tangled around the root of her tongue
Blurring
The lines of construction.
Word after word without foundation
In a myriad of confusion.
She pauses
To gather the words around her,
Each one the keeper of another’s
Secret.
And I watch as she drags them
Kicking and screaming to the edge
Where, like forlorn birds,
They concede their habitats
To the deforestation of her mind.

These days, it’s all reduced to scream on screen. Swipe right. (We welcome Dennis to our crazy congress of Contributing Poets with this submission. Read more of his madness on his new page – check it out.) – mh clay

Jelly fish look like eyeballs
On the beach
Sockets prized open and drained
Of light
Their contents emptied on the
Sand
Pernicious corneas watching.
Masterfully I crafted a path bypassing
That optical spillage
Circumnavigating rock pools swollen
And distorted
By the grimacing reflections of crabs
And down to the sea’s lonely side
Where the horizon fluttered
A bunting of sails
And the waves unfolded flotsam
Of broken sunshine.
There at the edge of that desolate shore
Hearing the gulls
Swearing oaths of allegiance to
The wind.
Quite alone yet watched by a thousand
Beach combing eyes.

Nothing like a (dis)quiet(ing) walk on the beach. – mh clay 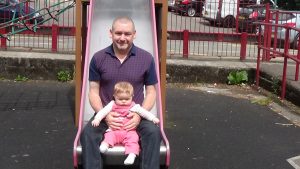